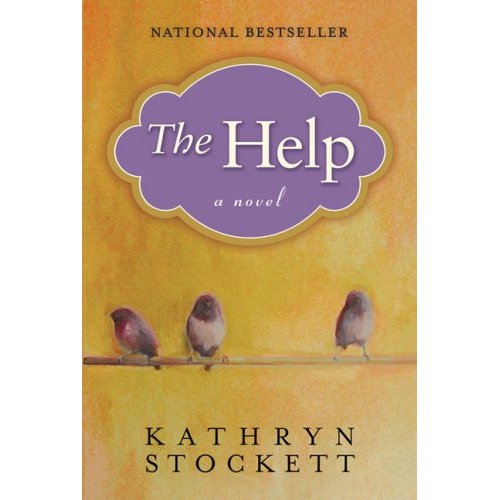 Three ordinary women are about to take one extraordinary step.
Twenty-two-year-old Skeeter has just returned home after graduating from Ole Miss. She may have a degree, but it is 1962, Mississippi, and her mother will not be happy till Skeeter has a ring on her finger. Skeeter would normally find solace with her beloved maid Constantine, the woman who raised her, but Constantine has disappeared and no one will tell Skeeter where she has gone.
Aibileen is a black maid, a wise, regal woman raising her seventeenth white child. Something has shifted inside her after the loss of her own son, who died while his bosses looked the other way. She is devoted to the little girl she looks after, though she knows both their hearts may be broken.
Minny, Aibileen’s best friend, is short, fat, and perhaps the sassiest woman in Mississippi. She can cook like nobody’s business, but she can’t mind her tongue, so she’s lost yet another job. Minny finally finds a position working for someone too new to town to know her reputation. But her new boss has secrets of her own.
Seemingly as different from one another as can be, these women will nonetheless come together for a clandestine project that will put them all at risk. And why? Because they are suffocating within the lines that define their town and their times. And sometimes lines are made to be crossed.
In pitch-perfect voices, Kathryn Stockett creates three extraordinary women whose determination to start a movement of their own forever changes a town, and the way women—mothers, daughters, caregivers, friends—view one another. A deeply moving novel filled with poignancy, humor, and hope, The Help is a timeless and universal story about the lines we abide by, and the ones we don’t.
.

So with deepest apologies to those friends, and there are a few, who recommended “The Help” to me,  I didn’t really love it.  Oh, I feel so badly saying this, and perhaps I’m just cranky because I have a sore throat, but I have to be honest. It wasn’t that it was bad, nor was there ever a moment when I was going to bail, but for me it was a little heavy-handed at times and the characters were either “Good” or “Bad” with so little nuance or dimension. There were two particular story components that, although I suppose were integral,  I found unnecessarily off-putting. And while I’m being entirely honest, I might as well admit I’m probably never going to love a book whose main female character’s name is “Skeeter”.  I know I’m in the minority here and judging by how great the word of mouth is on “The Help” it will probably end up on Oprah’s Book Club List and make a trillion dollars  (It’s seems obvious this is the author’s intent- I hope Oprah doesn’t choose it, there is so much better out there)   This book has “Screenplay” so blatantly written all over it, it’s bags and sunscreen are packed and sitting at the screen door.  I like novels to read like novels, not scripts.  If it happens further down the road that a book is made into a movie, well, yay- bonus for everyone but I don’t want to hear “CUT!” in my head at the end of each chapter.  Sorreeee friends-  Should I just go take a little Nyquil and go back to my bed??!