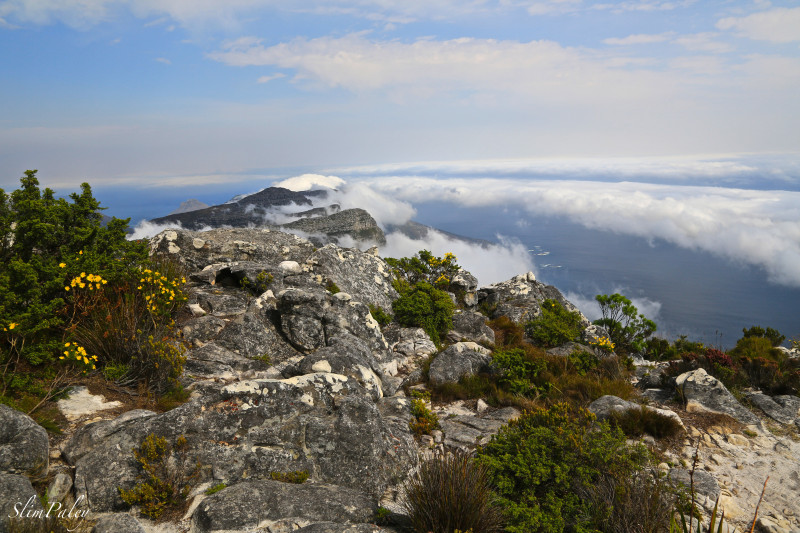 South Africa possesses one of the world’s only six recognised plant kingdoms-“The Cape Floral Kingdom”. It may be the smallest of the six, but for its size, it is also the richest, surpassing even tropical rain forests. In an area of 90,000 km2 some 8,500 species can be found-many of which grow nowhere else. The Cape Peninsula National Park is a showcase for this flora, with over 2,285 species. Hence the reason it’s been nominated for designation as a UNESCO World Heritage Site. 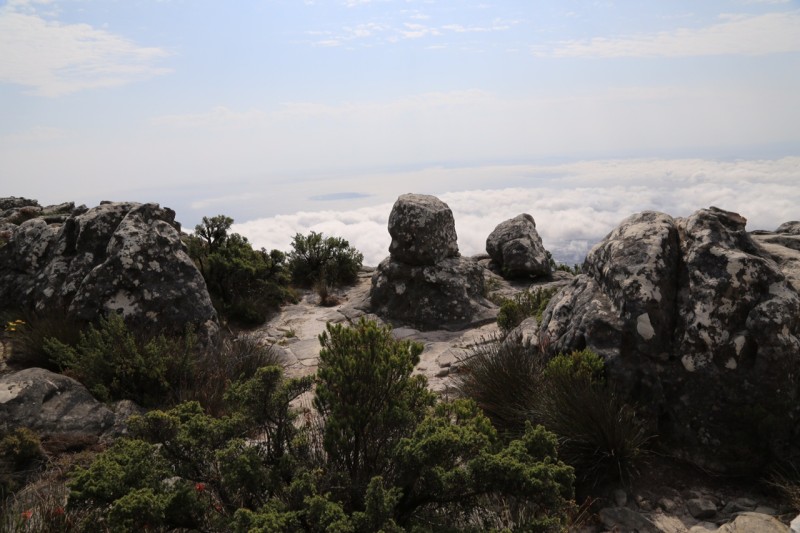 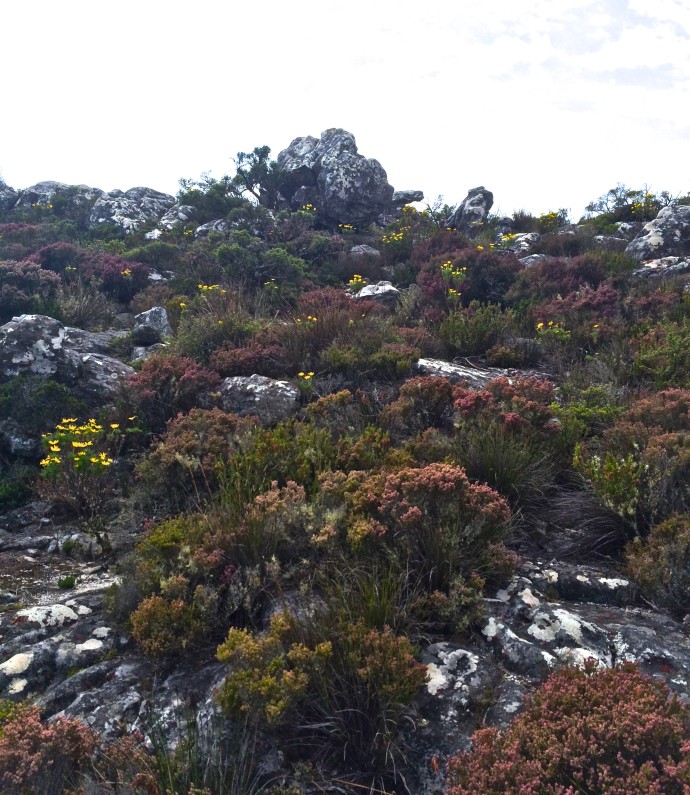 I snapped these few shots at the tippy top of Table Mountain, rising dramatically above Cape Town (more on that later) where even at this climactically challenged location, many of the more than 1,500 species that grow on the 260 million year old (!) mountain alone pour lushly from the craggy summit.