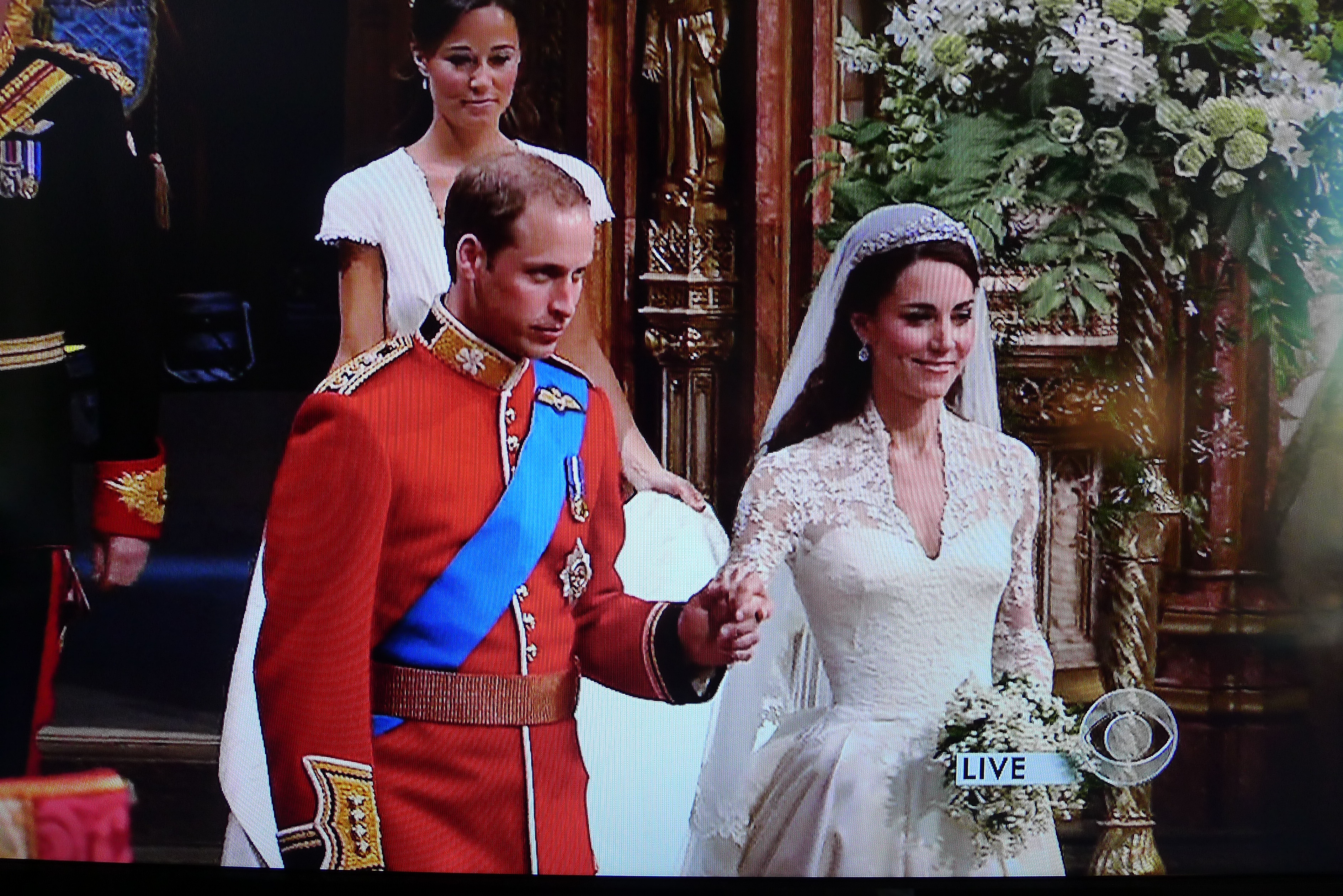 Sooo??!  Did you get up early to watch, where ever in the world you were?  I am still in New York and I must admit that I didn’t make it up for the very beginning, but did see most of it.  I was surprised that it made me all teary- and I’m not one to always cry at weddings. I hardly expected to at this one, but as the mother of two boys, I kept thinking of Princess Diana and how happy she would have been to see both her sons looking so dapper and happy. 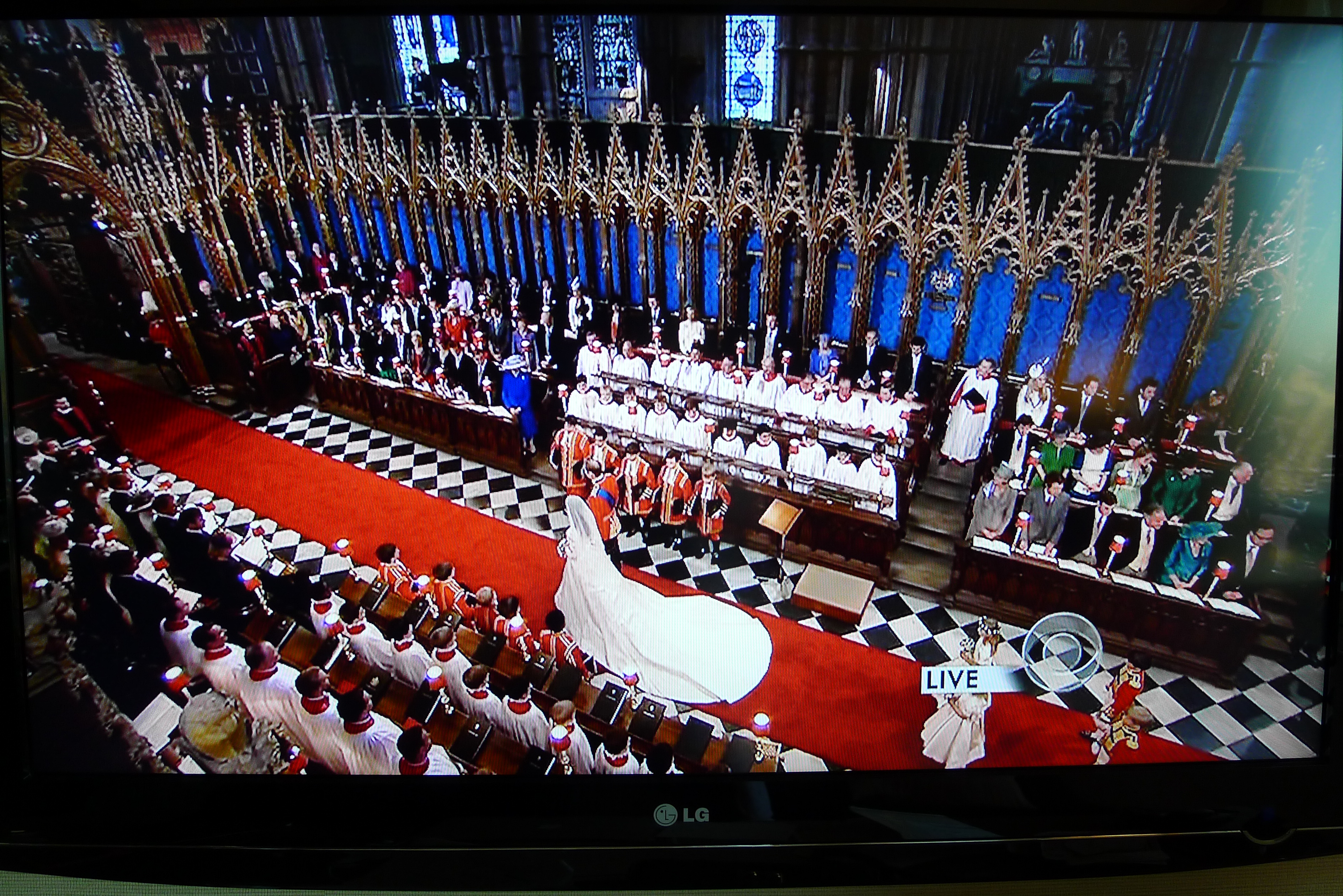 I loved her dress and was thrilled with the choice of McQueen (especially as I had just bought a ‘le Smoking’ suit from Alexander McQueen’s NY shop the day before!)

I thought the similarity to Grace Kelly’s wedding gown was wonderful- after all, who could fault that design?

If I may be allowed one tiny whinge- I do wish the train had been a little longer…just to have added a touch more drama. God knows the church could handle it. 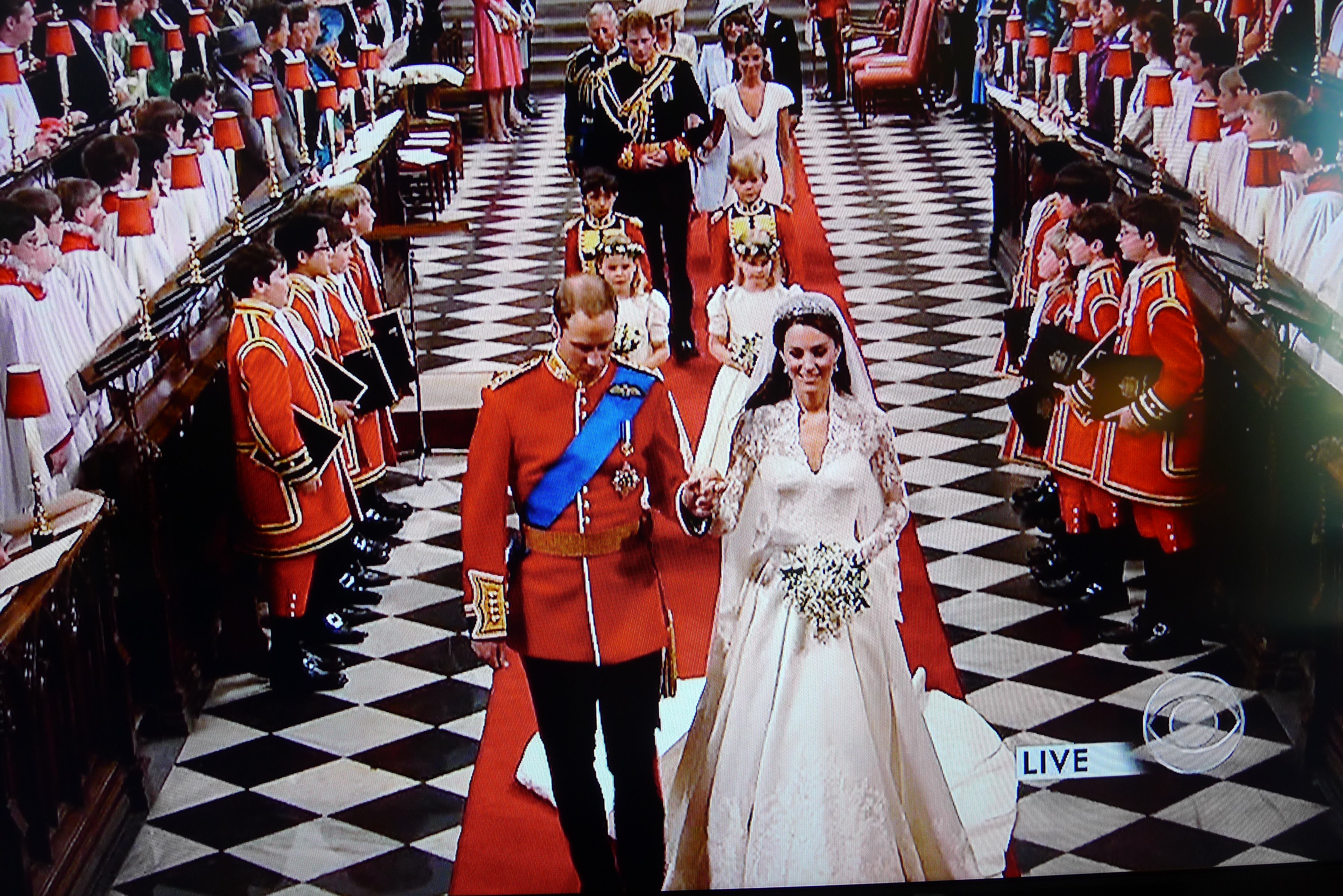 I think my favourite part of the whole event was how incredibly at ease Kate appeared despite the fact that her knees must have been buckling beneath her. She smiles and waves like well seasoned royalty already. 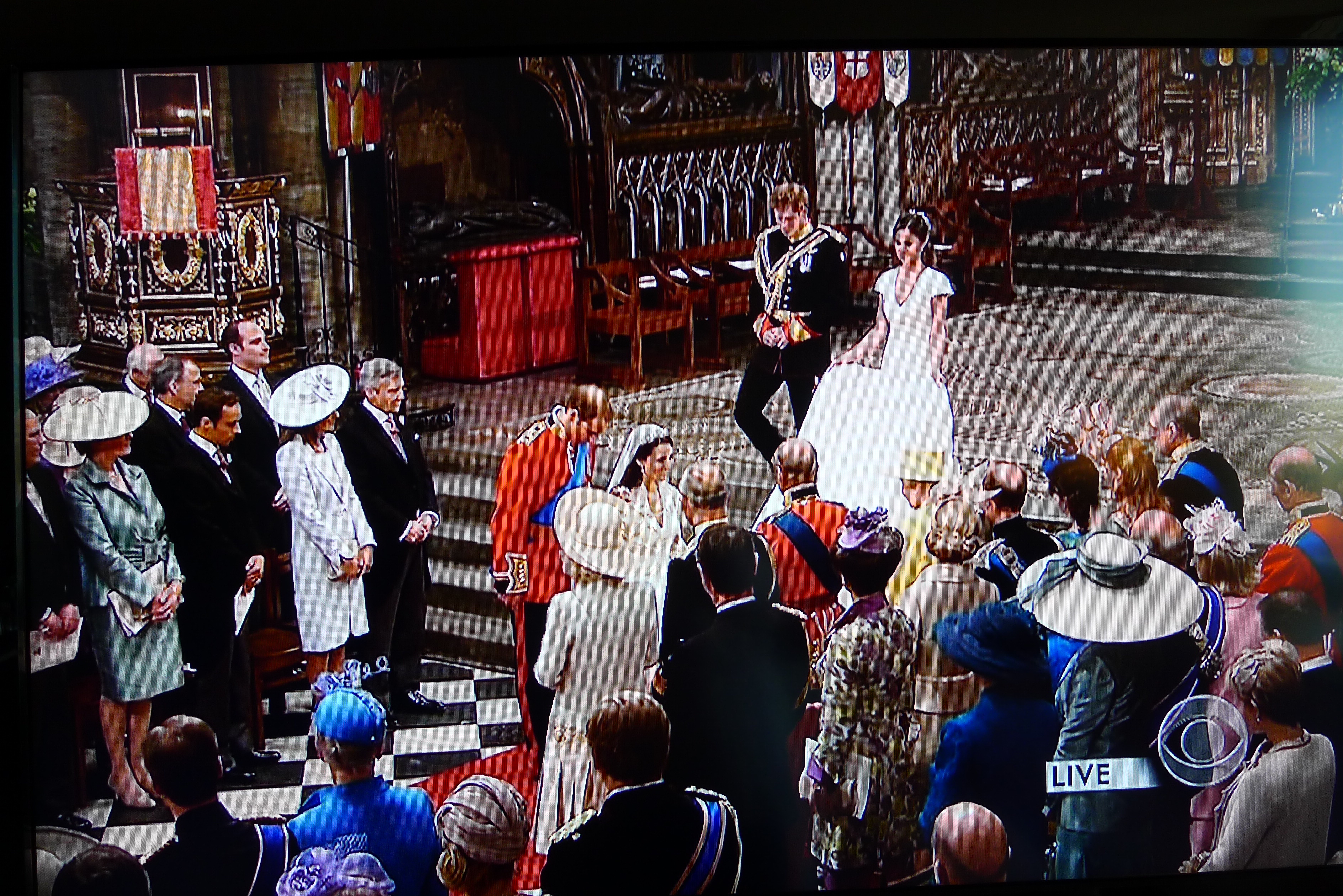 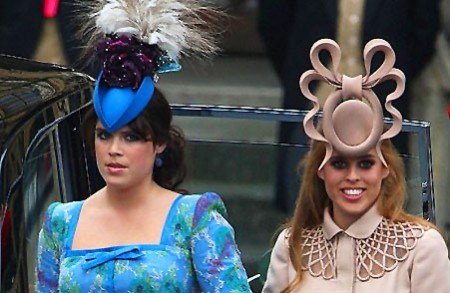 And btw, did anyone see Prince Andrew?? 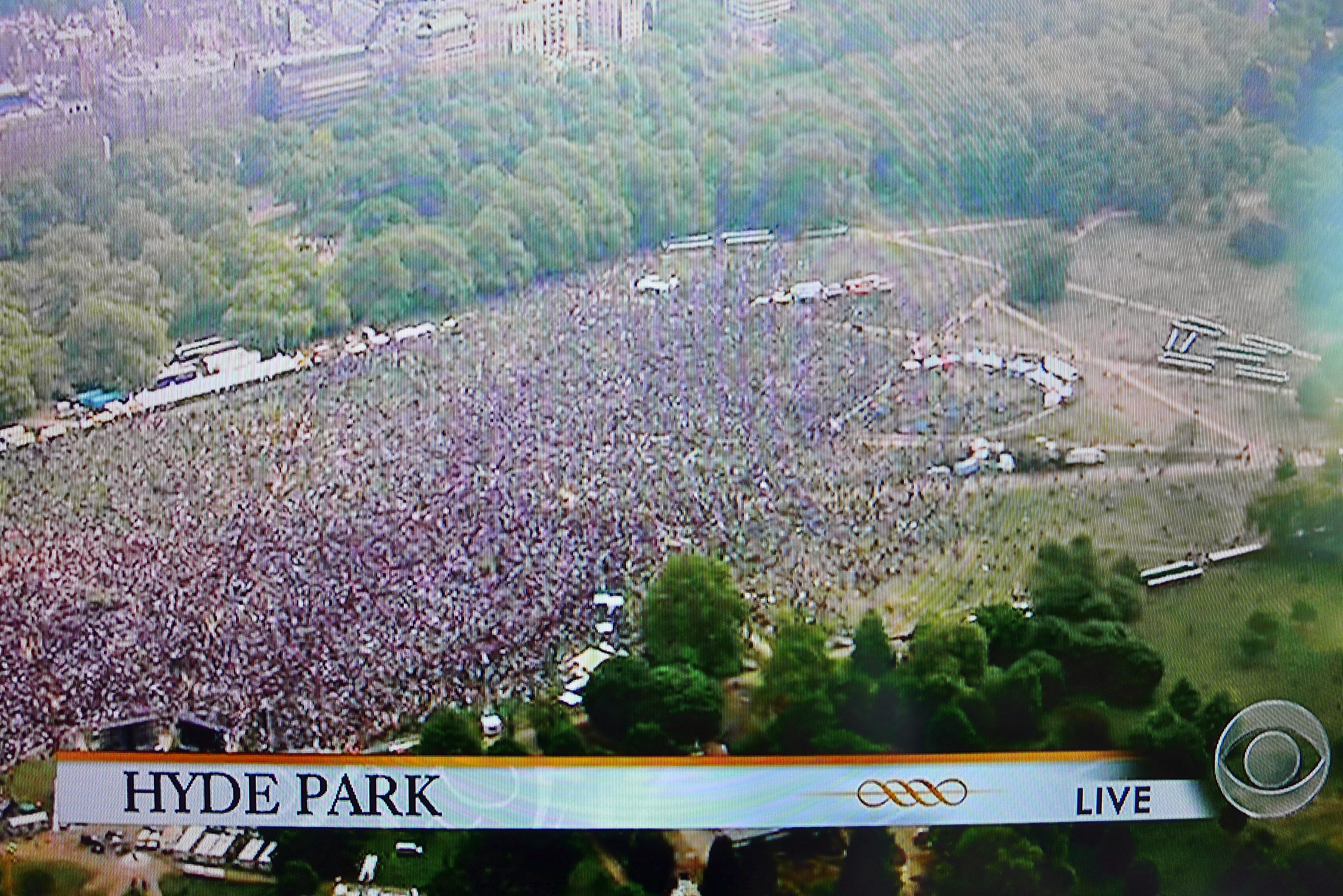 All in all,  it was a sublime event purportedly watched by more than 2 billion people across the globe-

Apparently we aren’t as jaded as we think.

Would you fancy being a Royal or does the mere thought horrify you?!