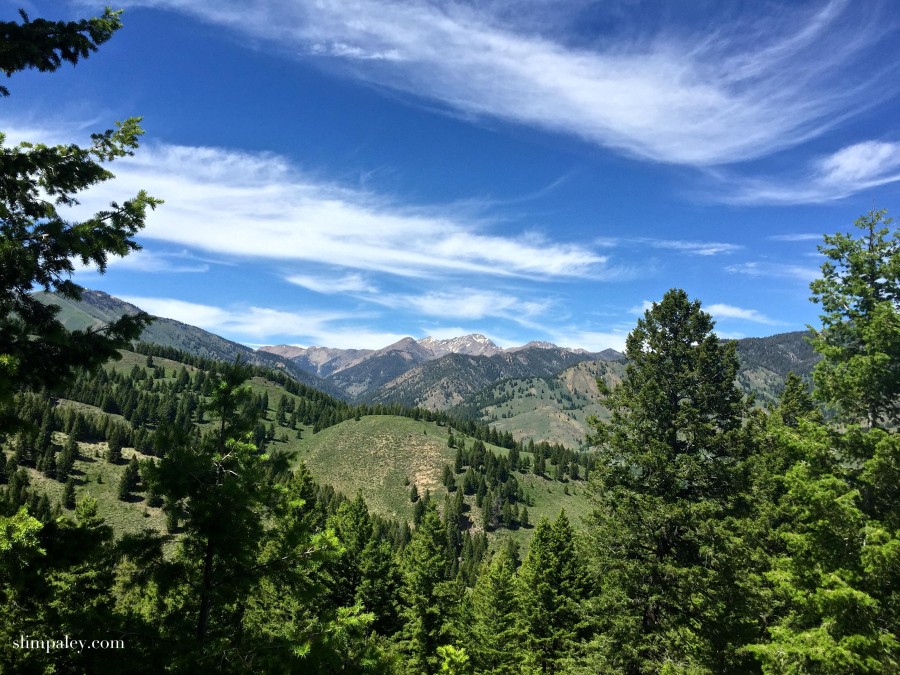 Summertime…when the livin’ is easy…

once you get to the top.

Which I did in Sun Valley, Idaho a couple of times last week, thank you very much.

It was so great to be back again. 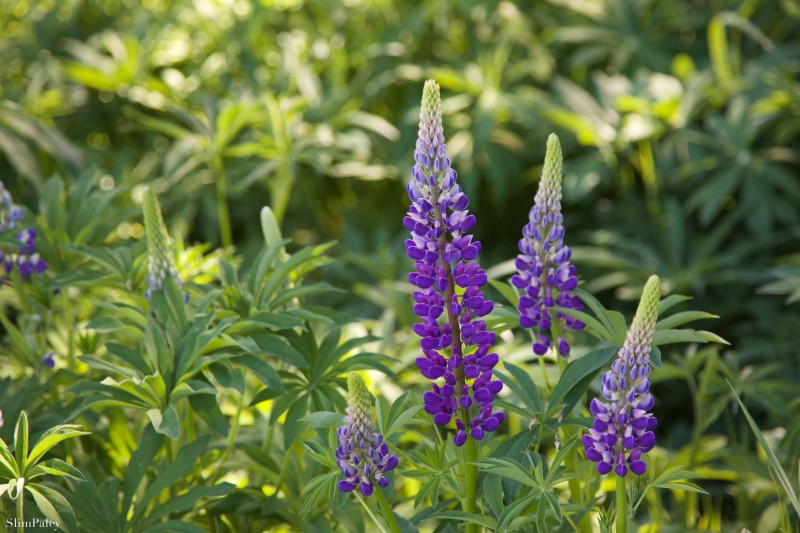 Idaho received a ton of rain this Spring and wow, did it show. 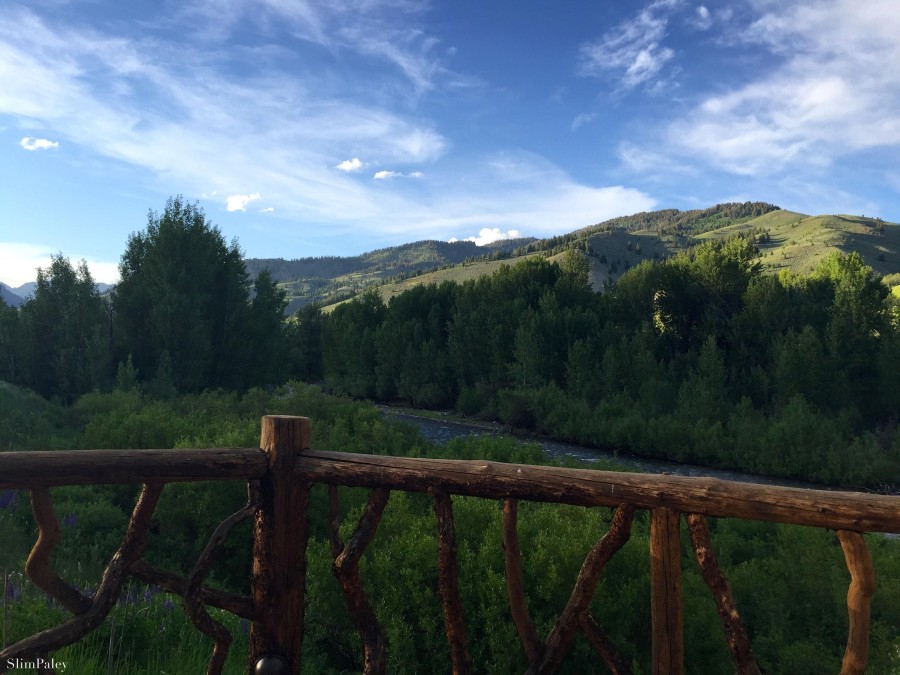 The river was high, fast and noisy, the mountains emerald green as far as the eye could travel. 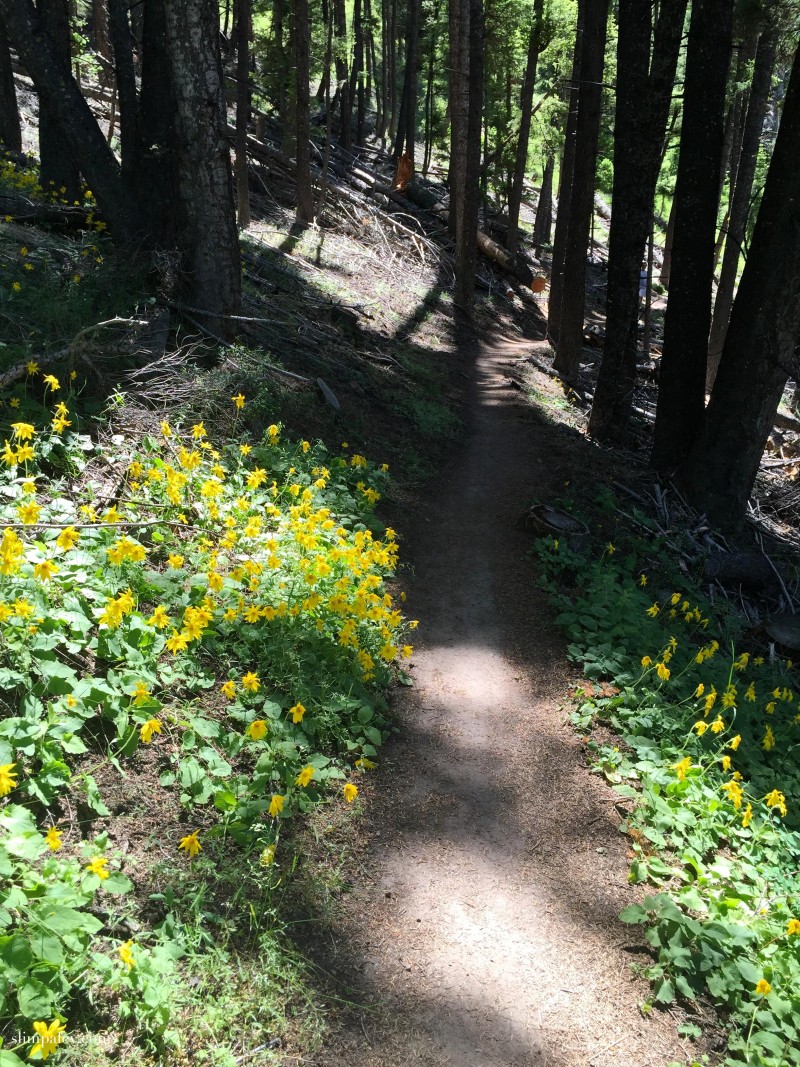 My first hike was with my husband, my second with our younger son.  They both like to forge ahead, but my husband usually stays within hearing distance.  I trot merrily along at my own pace because that’s how I roll.  As I mentioned in a previous hiking post, I’ve developed certain diversional tactics over the years, such as stopping to smell wild flowers that, I like to believe, throw my fellow hikers (God bless them) off the fact that I’m moving at a snail’s pace. 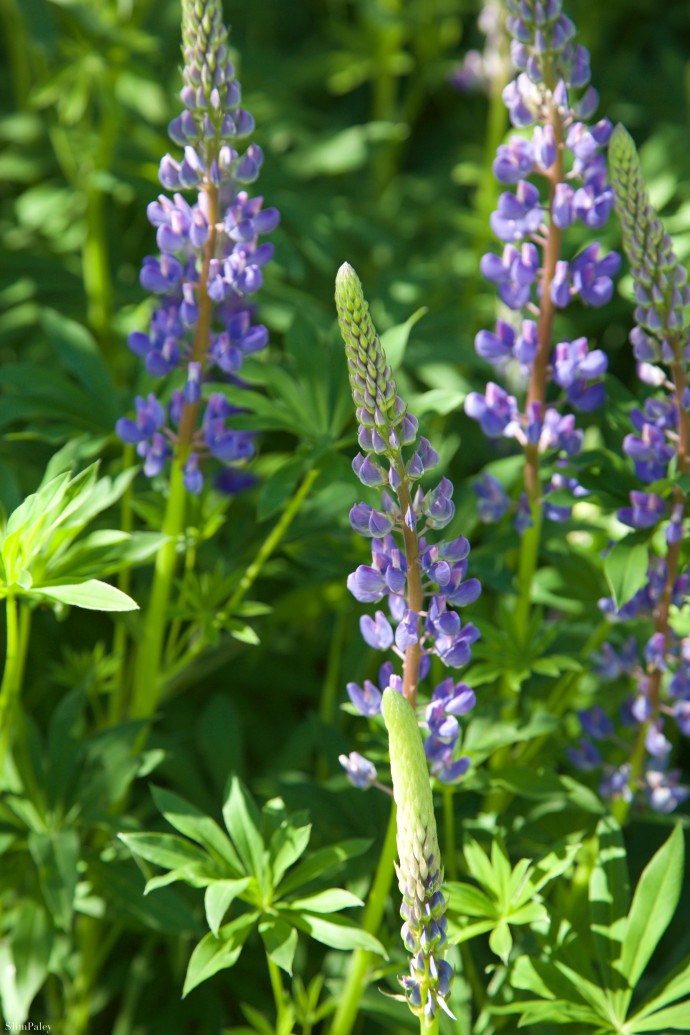 Unfortunately, I was to discover that July and August’s little tricks don’t work so well in June, when the entire damn trail is literally covered in flowers. 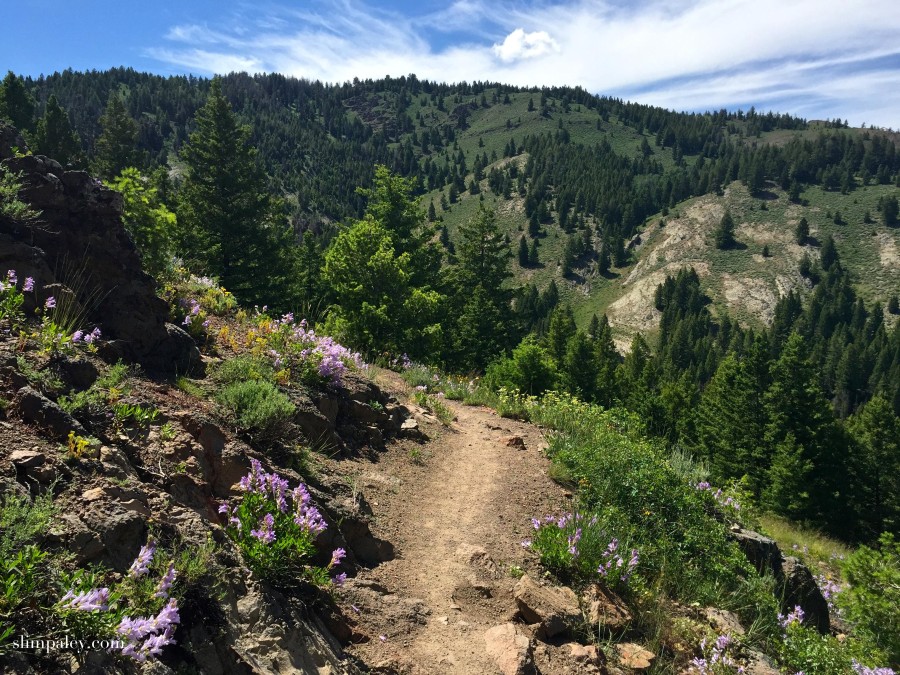 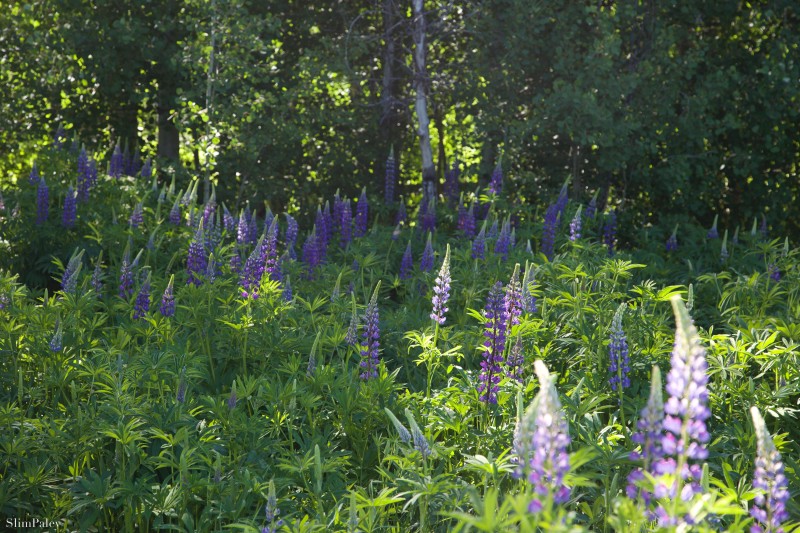 I was forced to switch up my game and search for more obscure roadblocks. 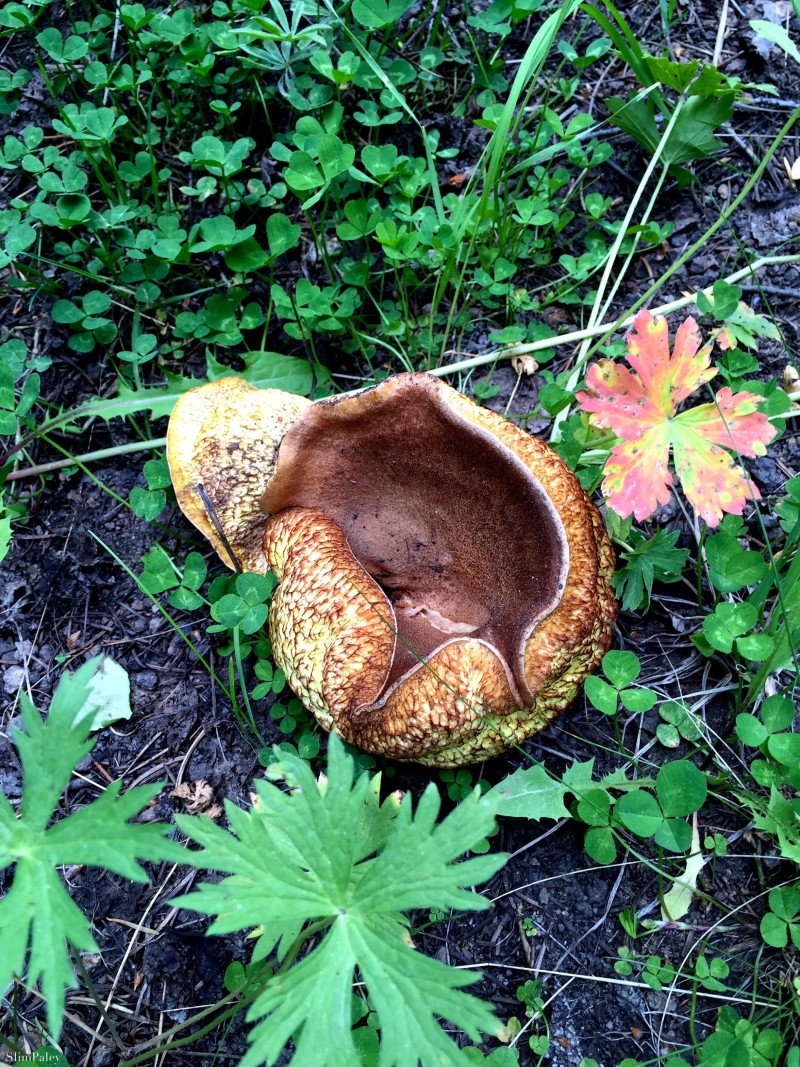 such as this inside out toadstool. 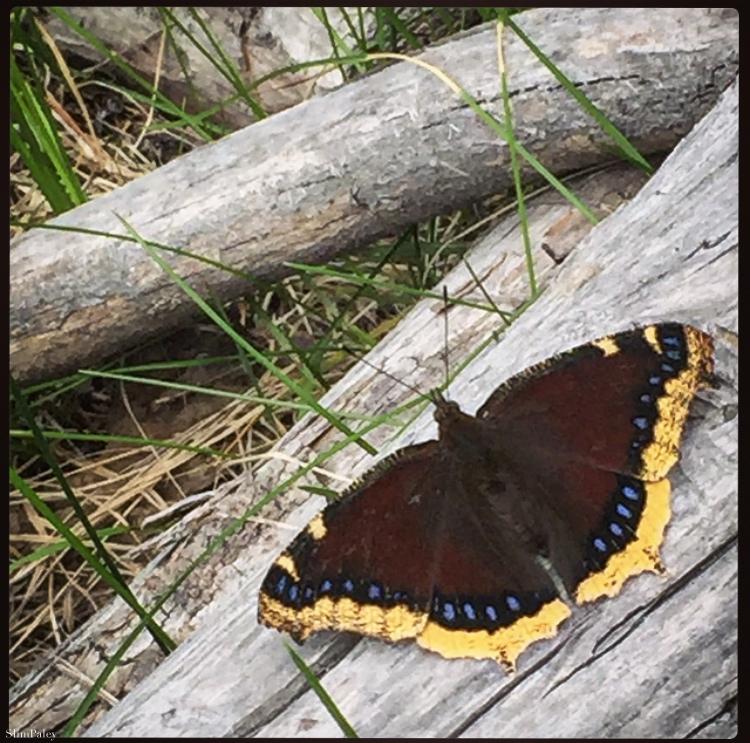 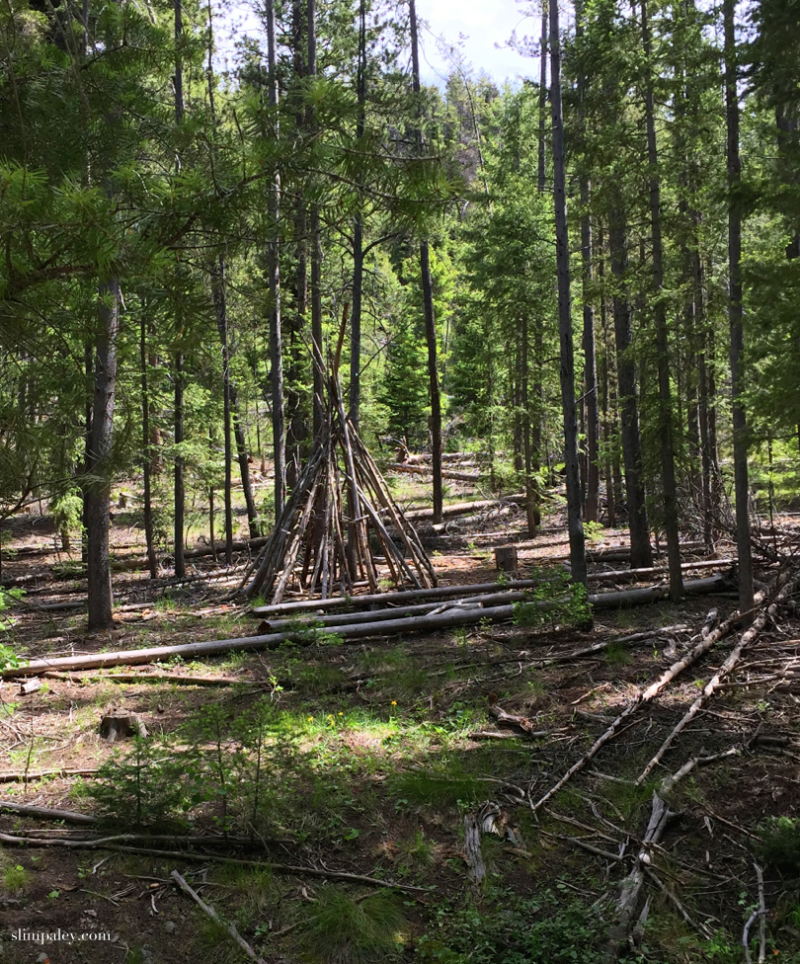 Having exhausted all natural diversions, extolling the architectural significance of this teepee in the woods was good for another minute or two of respite. Until the mosquitoes started to catch on.  As I said, there’d been a lot of rain. 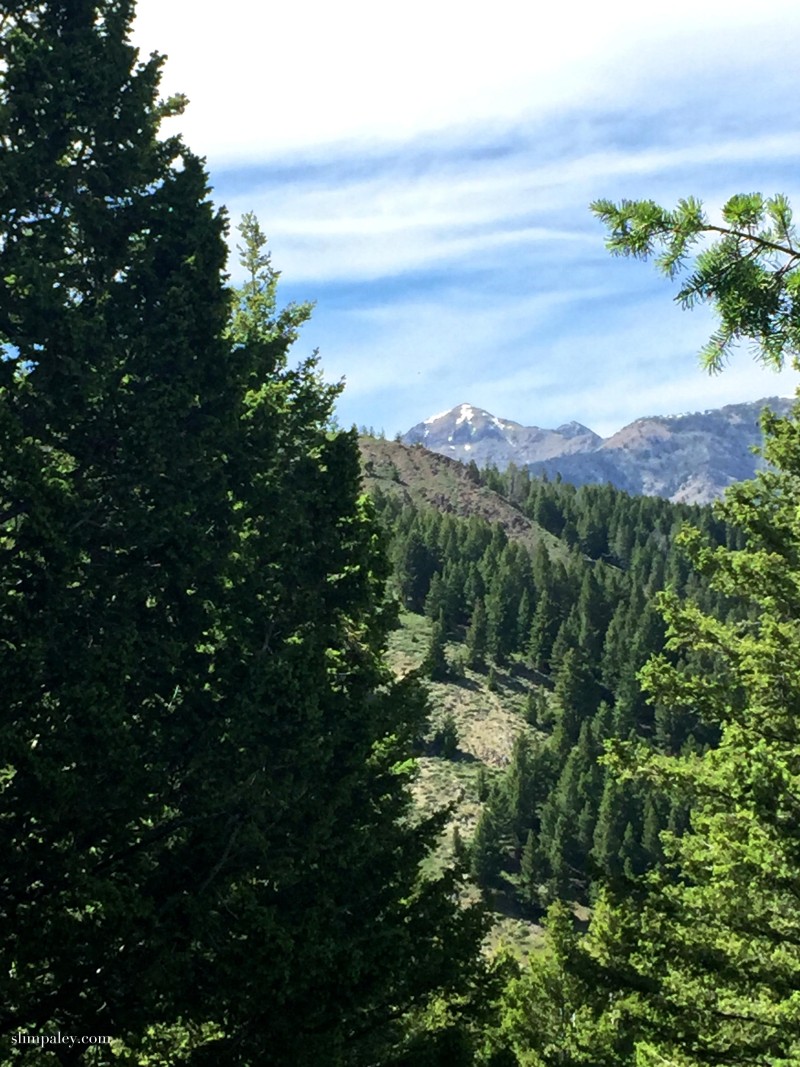 But oh, the view from the top was crazy good.  Just look at that. 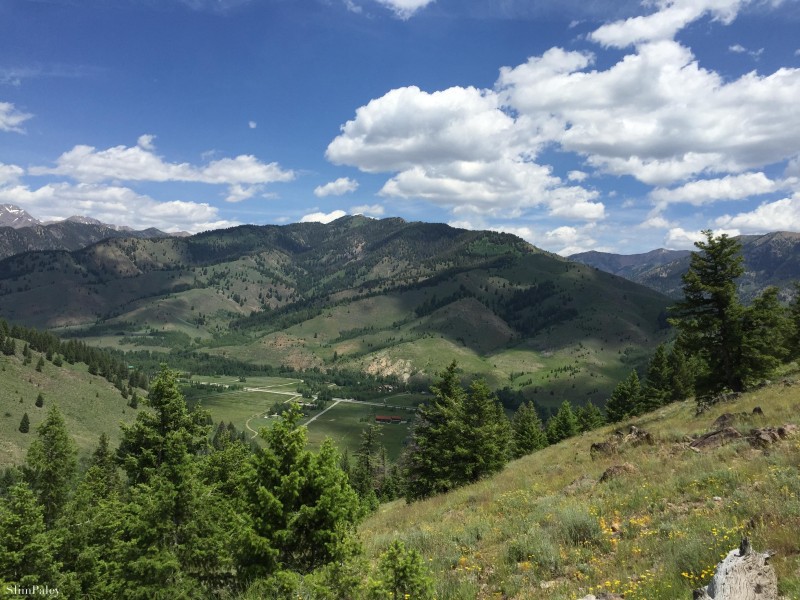 My husband slowed down and offered to take a photo of me (a rare occurrence) at one point but I declined.

Actually, his real life words were “That’s quite the outfit you cobbled together. Do you want me to capture it for you to ping?”

I didn’t tell him there was a mosquito on his arm. 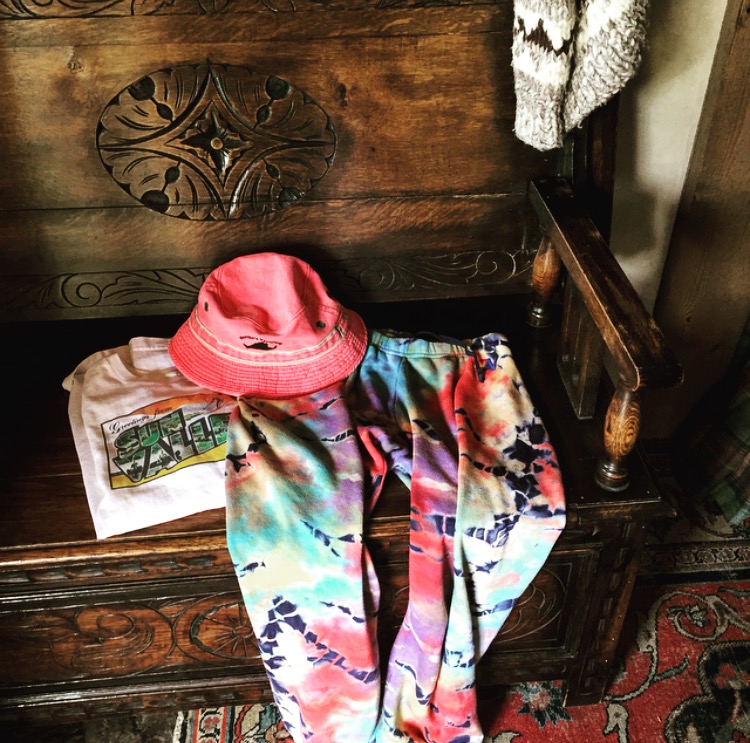 The damn hat was the deal breaker. 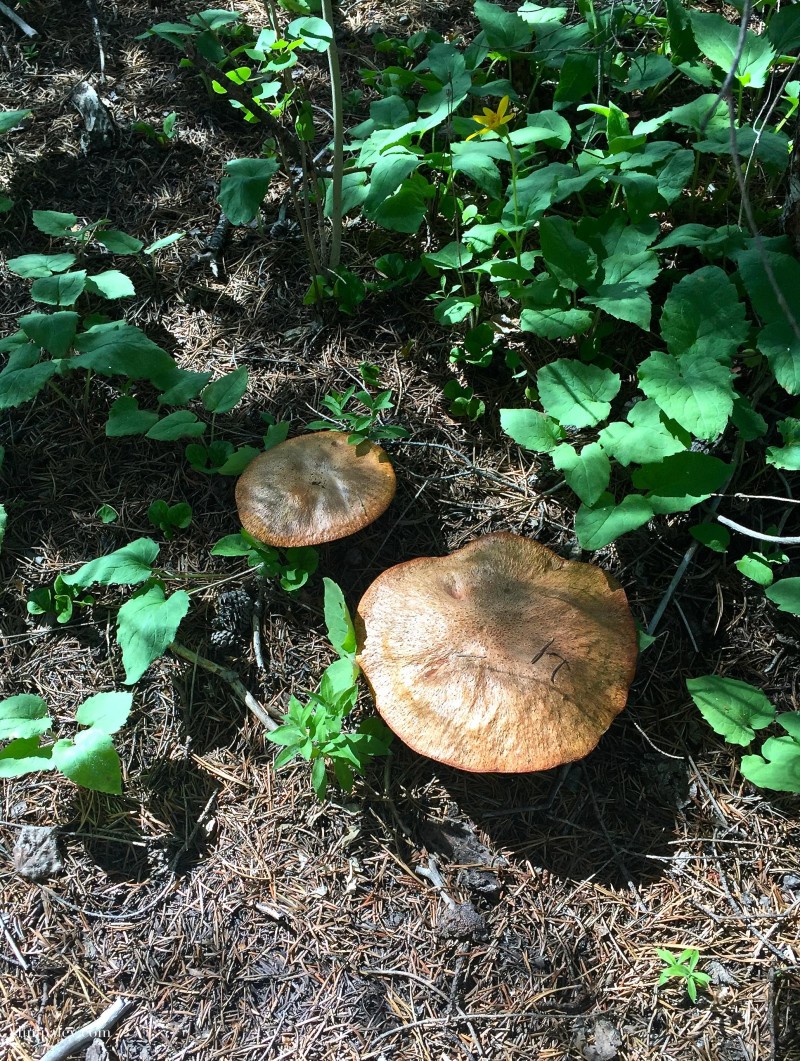 There were mushrooms everywhere, including wild morels, though we are so not even close to being 1) knowledgable or 2) daring enough to eat any fungus (fungi?) we find growing outside of Atkinson’s grocery store. 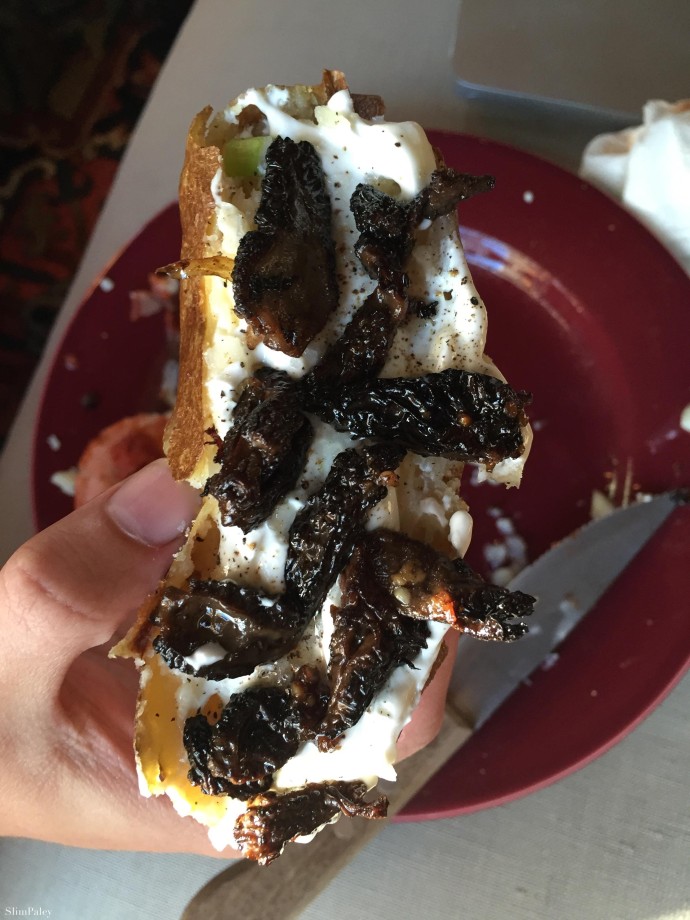 We did buy some morels though. I fried them in leftover Applewood smoked bacon fat with fresh garlic and shallots and served them on Idaho baked potatoes smothered in butter, sour cream and spring onions.

They tasted exactly like escargot on a big bed of heaven.  I’m thinking about them still.

As you can tell. 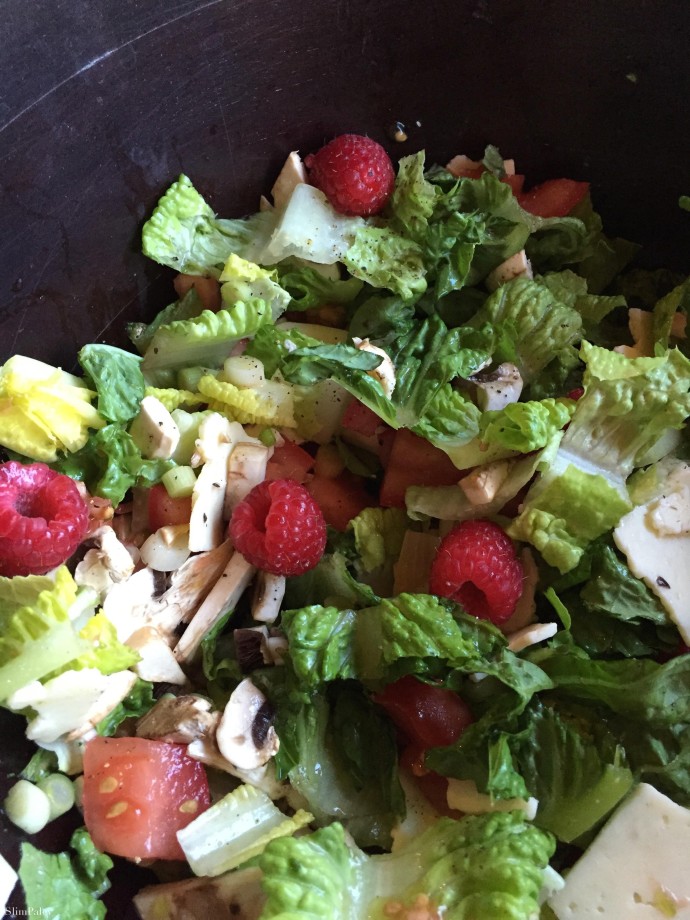 Fear not. A good healthy salad cancelled out the naughtiness. 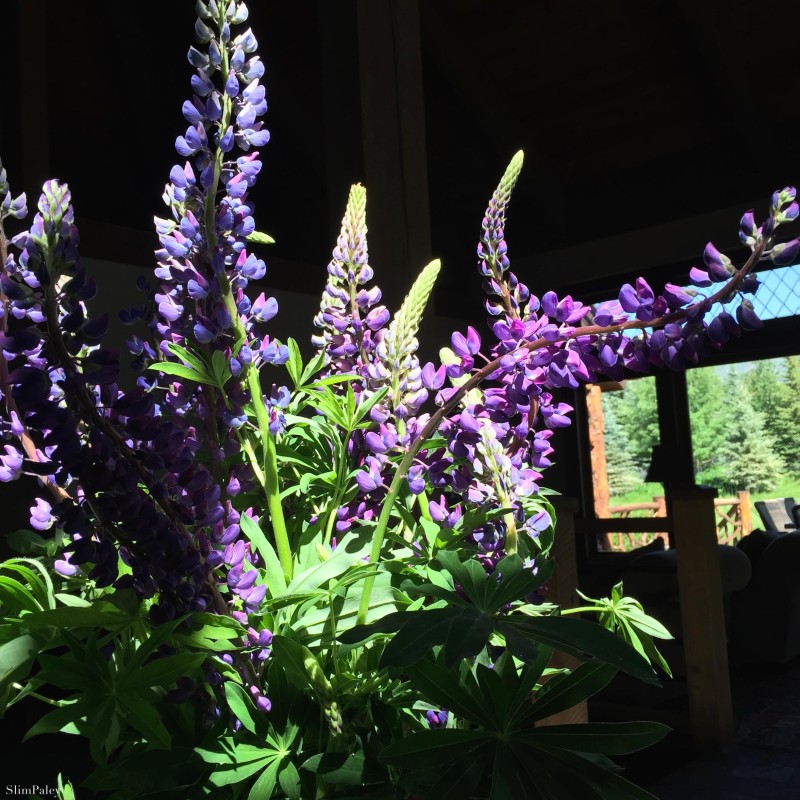 And as it stayed light until after 10pm, there was still plenty of time after dinner to work off calories by reading and watching old movies. 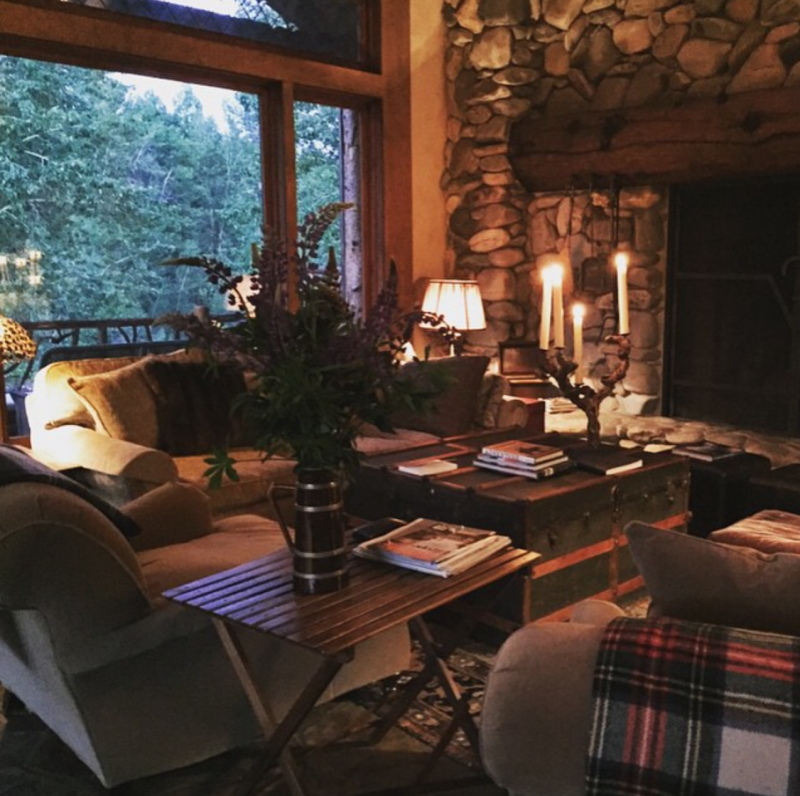 and enjoy my freshly picked flowers. 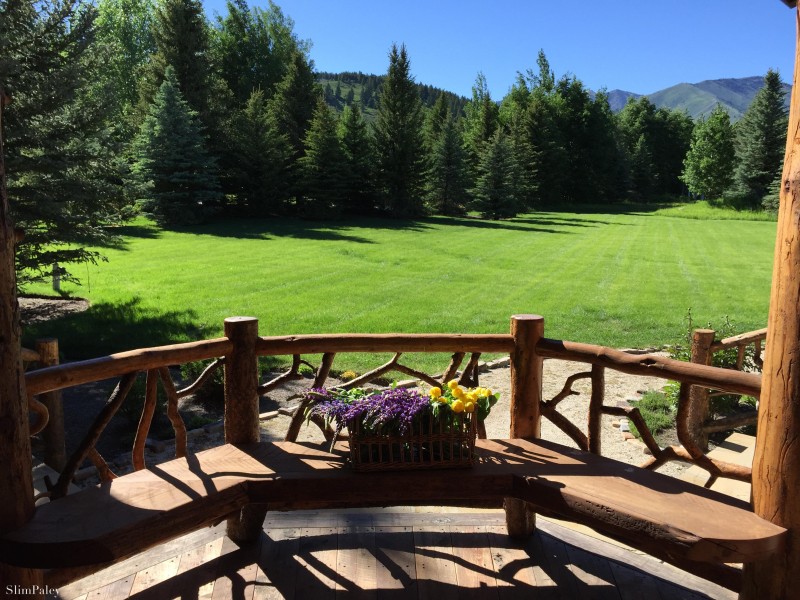 BTW-for those of us who live in Southern California, this is a field of pure gold 🙂

Wishing everyone a happy, healthy, beautiful summer filled with as much or as little adventure as you desire.

I will be checking in to chat and hear what you are up to!