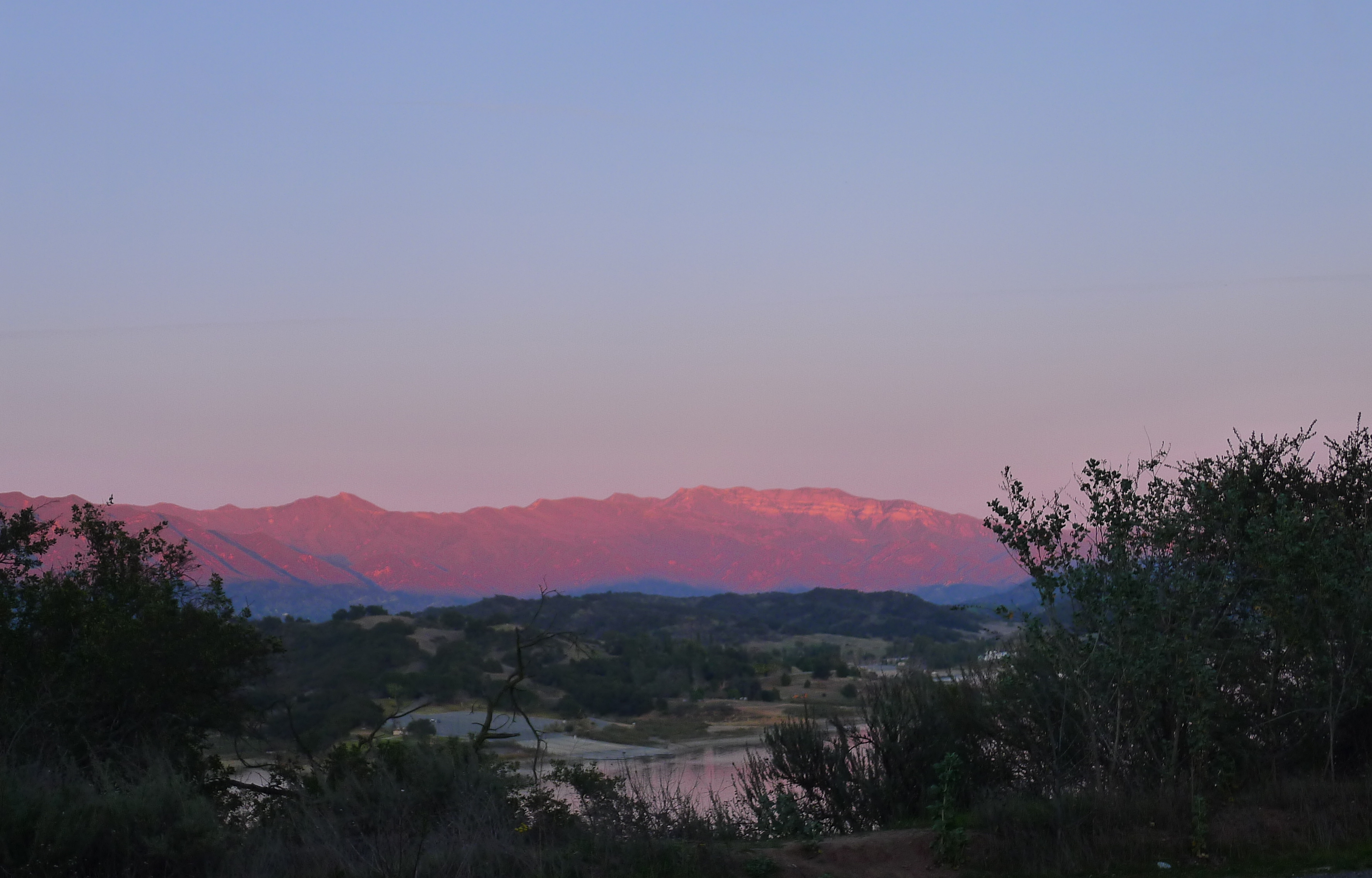 As we near the end of this first week of 2012, I’m sharing just a few photos I snapped in Santa Barbara where we’ve been blessed with some of the most incredible January weather I can recall  in many years.

Almost guilt-ifying (but not quite )

I popped over the mountains to beautiful Ojai on Wednesday afternoon and on the drive home felt compelled to pull over to the side of the road and capture the moment.

I’m afraid I missed the best of the light, due to the driver behind me who was obviously neither a proponent of the “Slow Movement” or a person who appreciates spectacular natural lighting but I guess that’s life in the fast lane (see what I did there?) 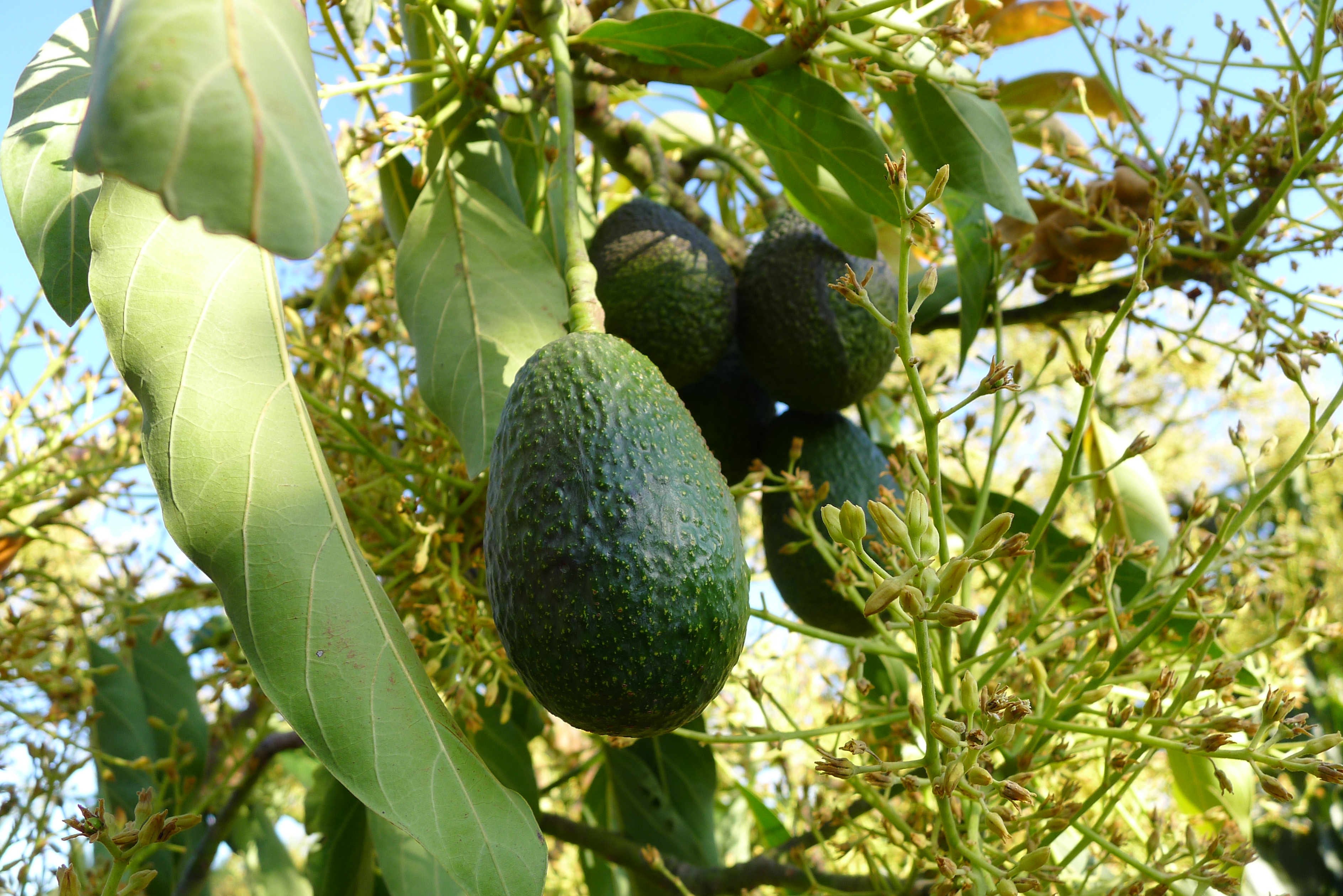 In addition to the spectacular vistas encountered on the pass between Santa Barbara and Ojai,  the copious amount of avocados rolling around on the road at this time of year is almost comical.

I was mashing guacamole the entire way 🙂 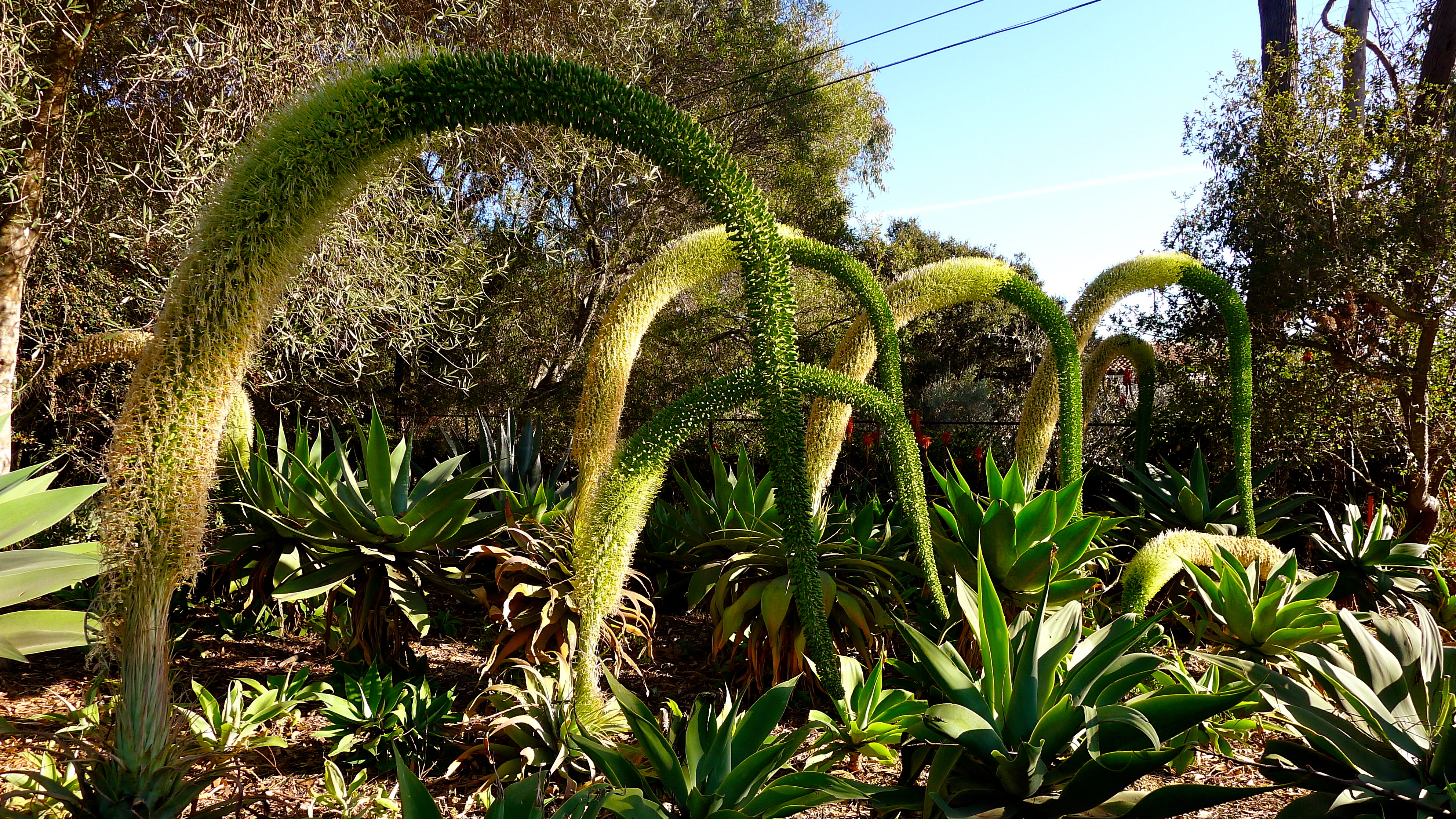 and lo & behold the “Golden Arches” (Montecito Style) are out 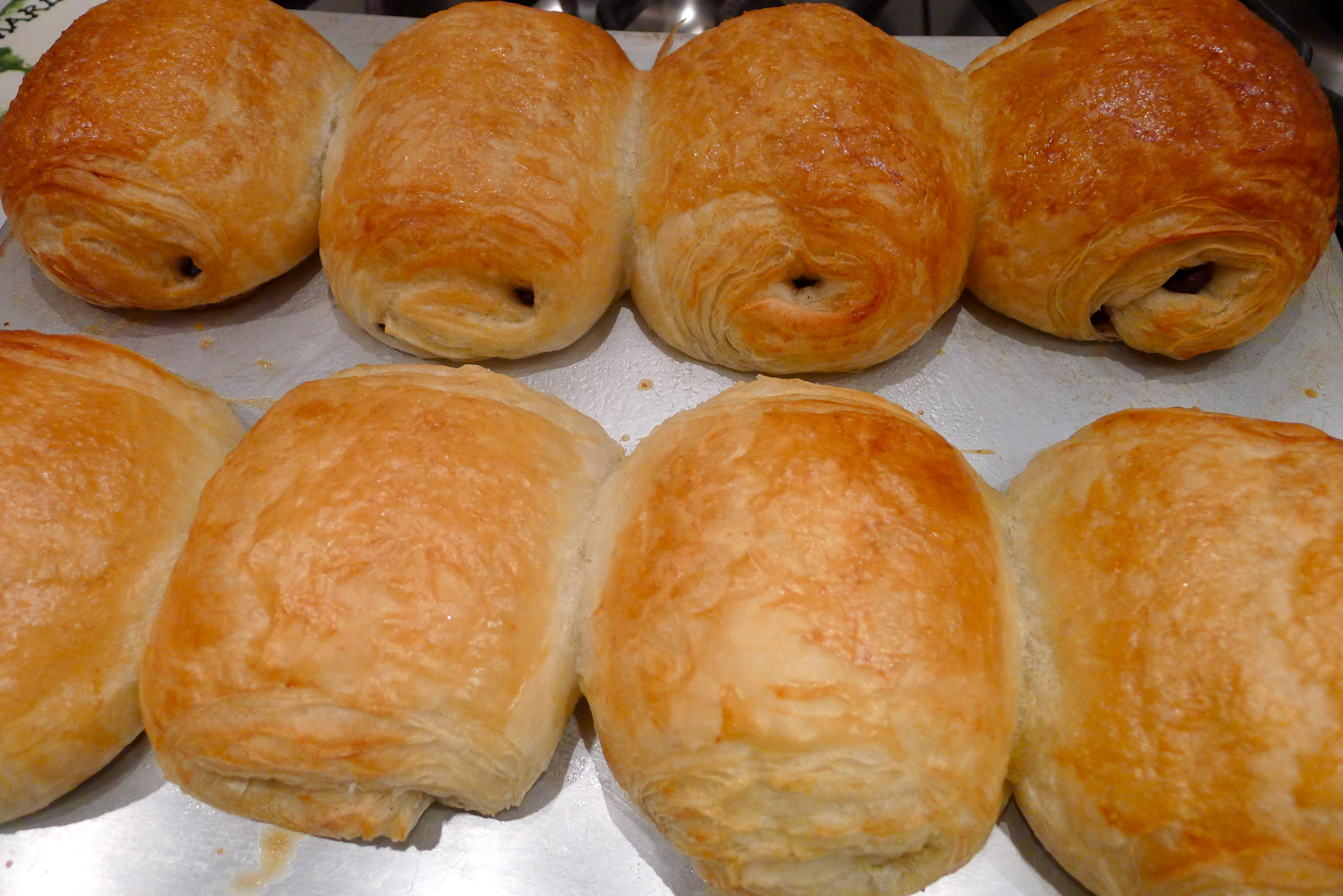 (Sorry, but these just never get old for me. I mean look-they’re jockeying for position off the baking tray for goodness sake!)

This is the closest I will ever come to baking like Martha Stewart. 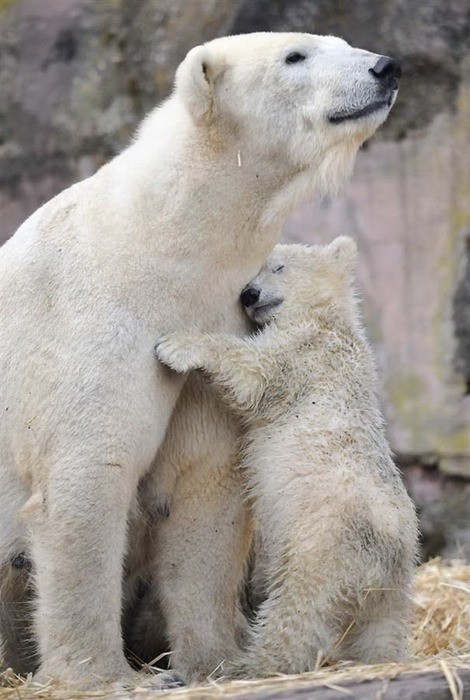 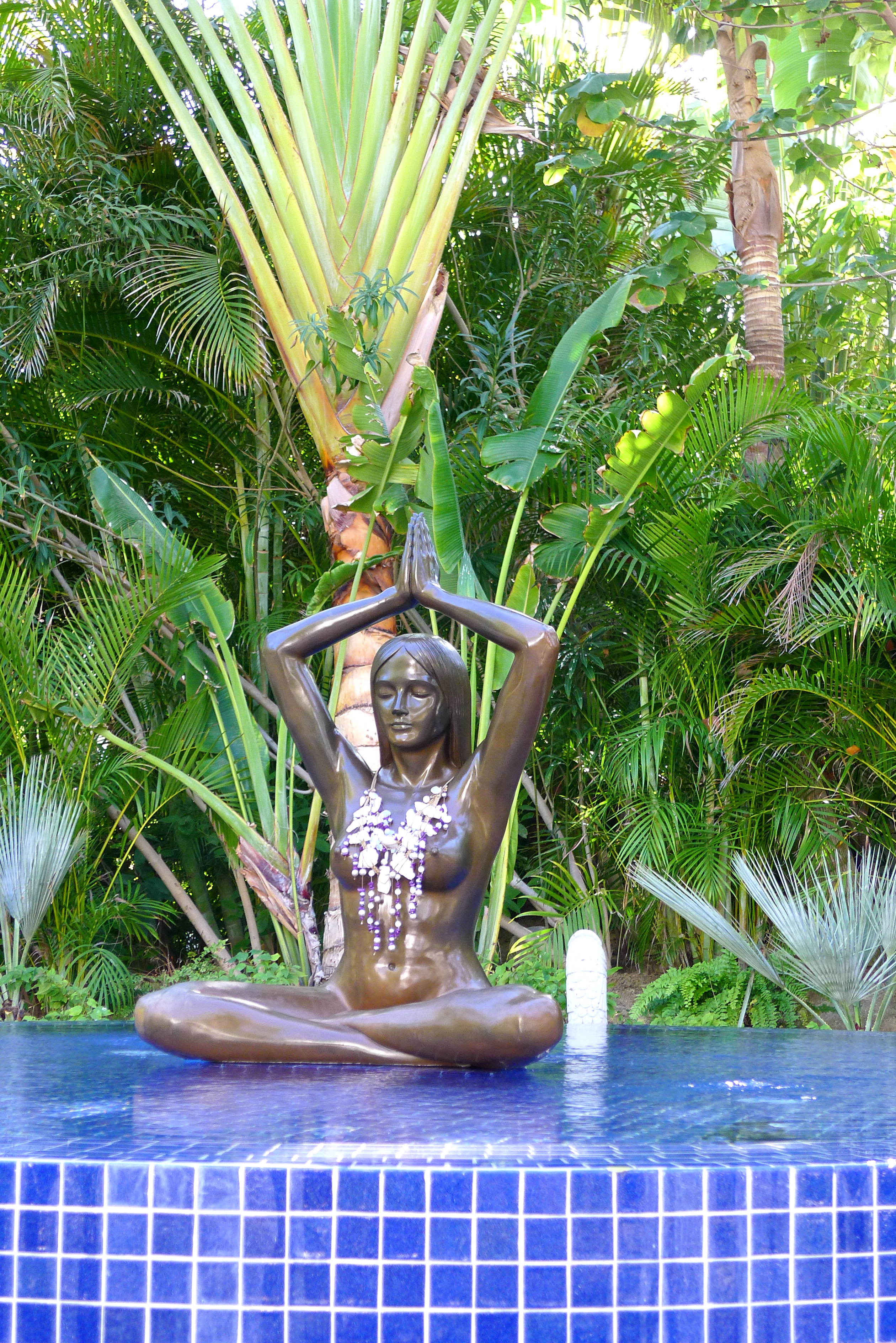 …I did not win the first Scrabble game of the year, despite a last minute “Qi” on a triple point letter square, but did manage to keep several New Year’s “Intentions” in tact, including pulling out my art supplies and reading a non-fiction book ( resolution #4; learn something new everyday and write it down).

Although I didn’t get a yoga practice in, I intend to this weekend. 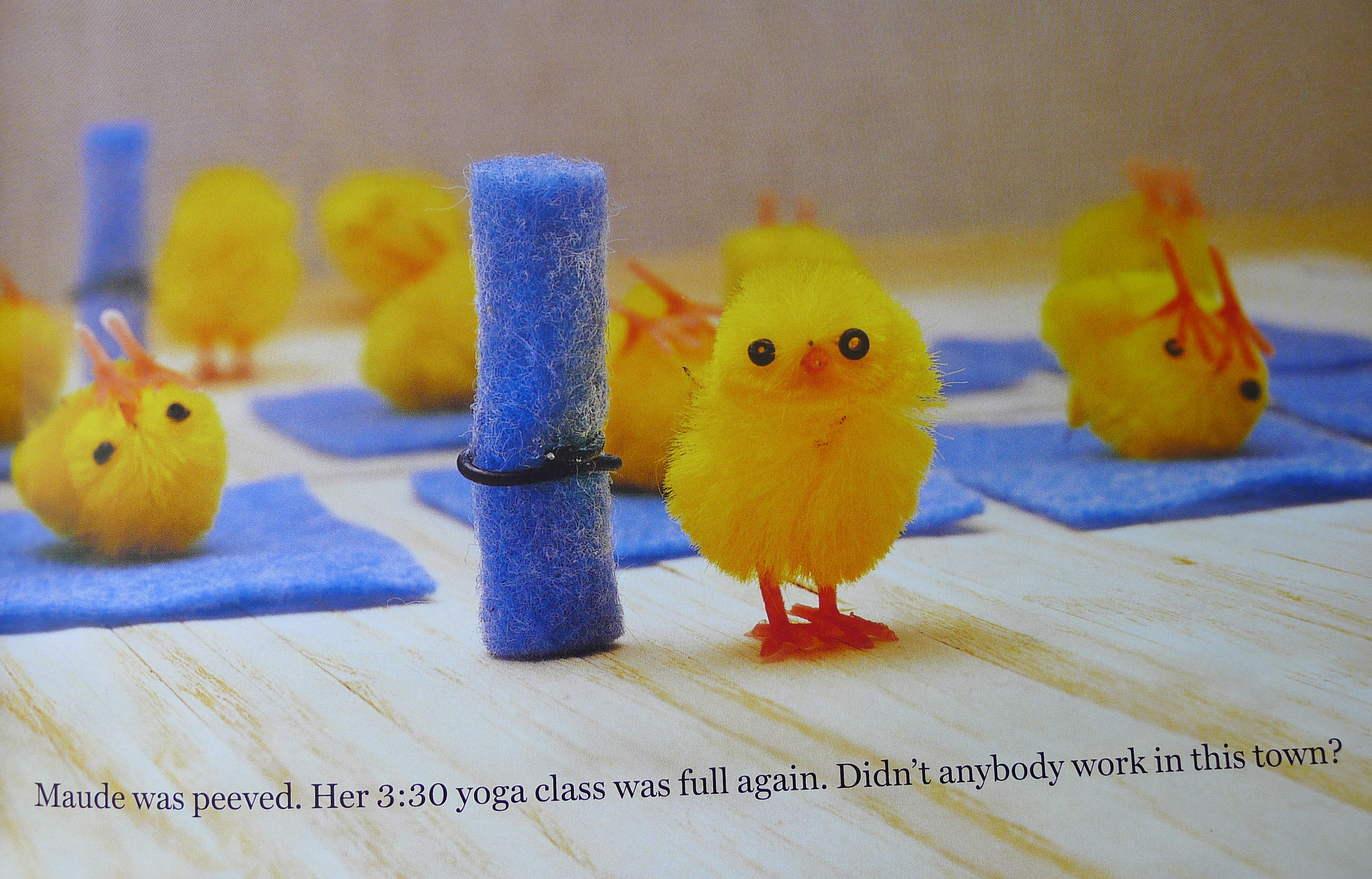 from the book “Bitter with Baggage” 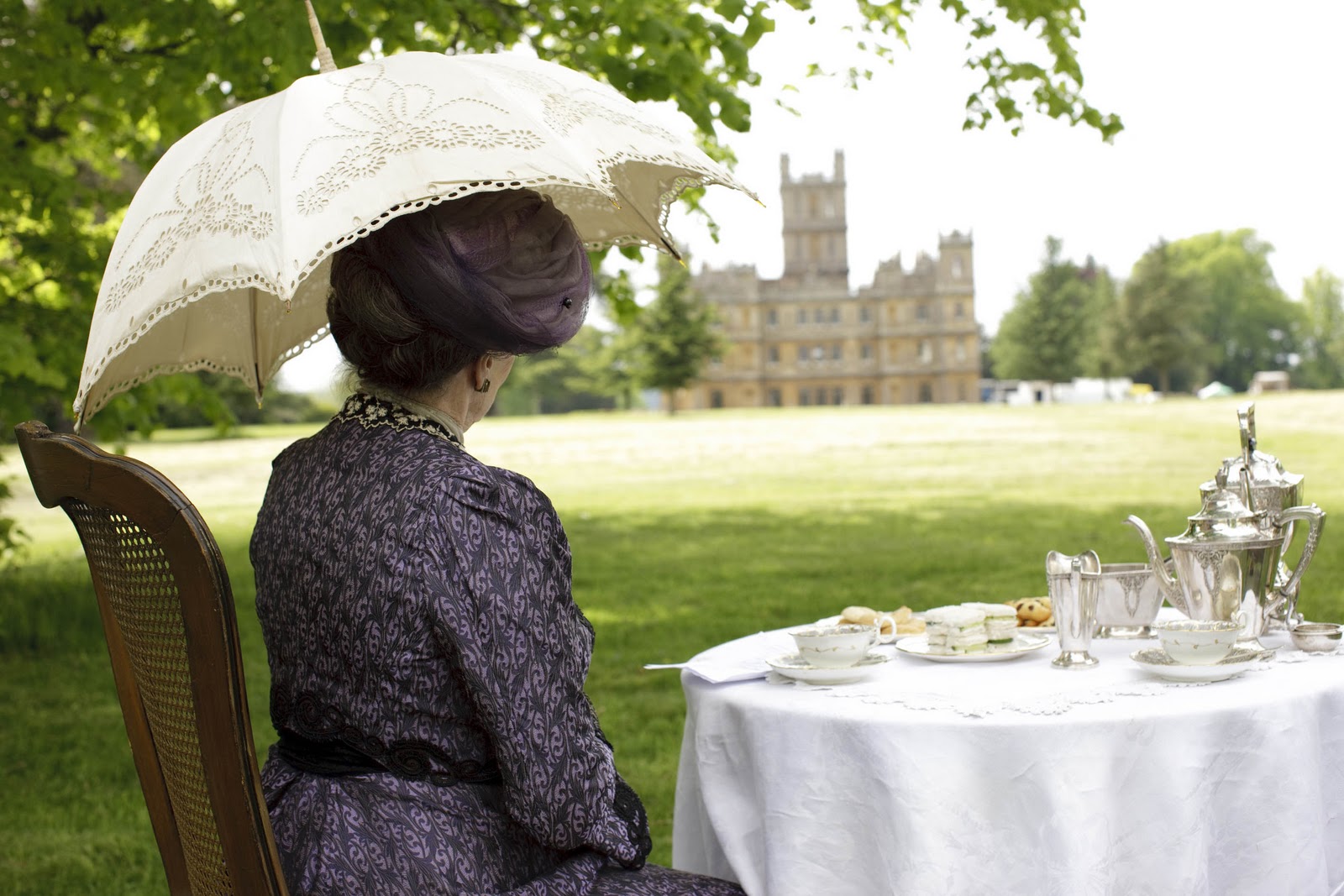 Lastly, the second season of “Downton Abbey” starts on Sunday night- I can hardly wait! 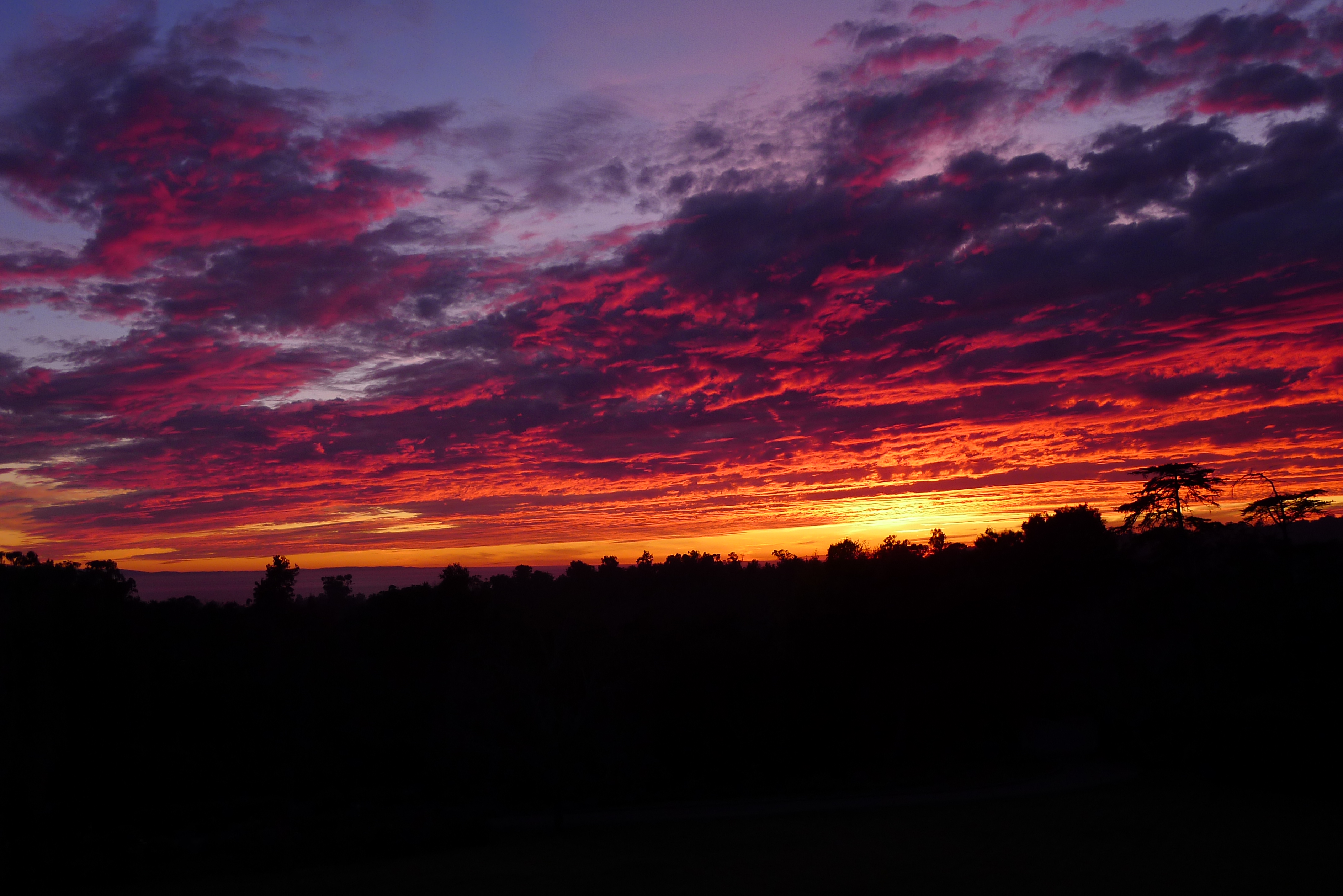 and this was the view from my desk most nights this first week in January.

The world is indeed a wondrous place to live.

Slow down, look around and pick up the free avocados

Thanks again for all your lovely comments on my New Year’s Post, I truly appreciate each and every one.