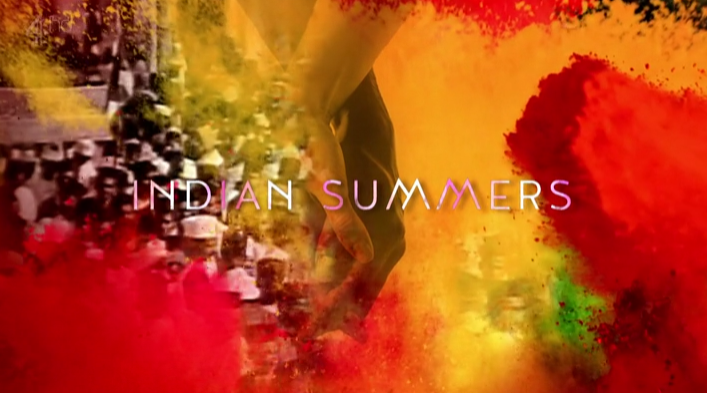 Are you watching?? And if not, how come?!

It’s on Masterpiece on PBS and it’s the perfect Autumn dalliance until “Downton Abbey” and ‘ “Poldark” & Handsome’ return. 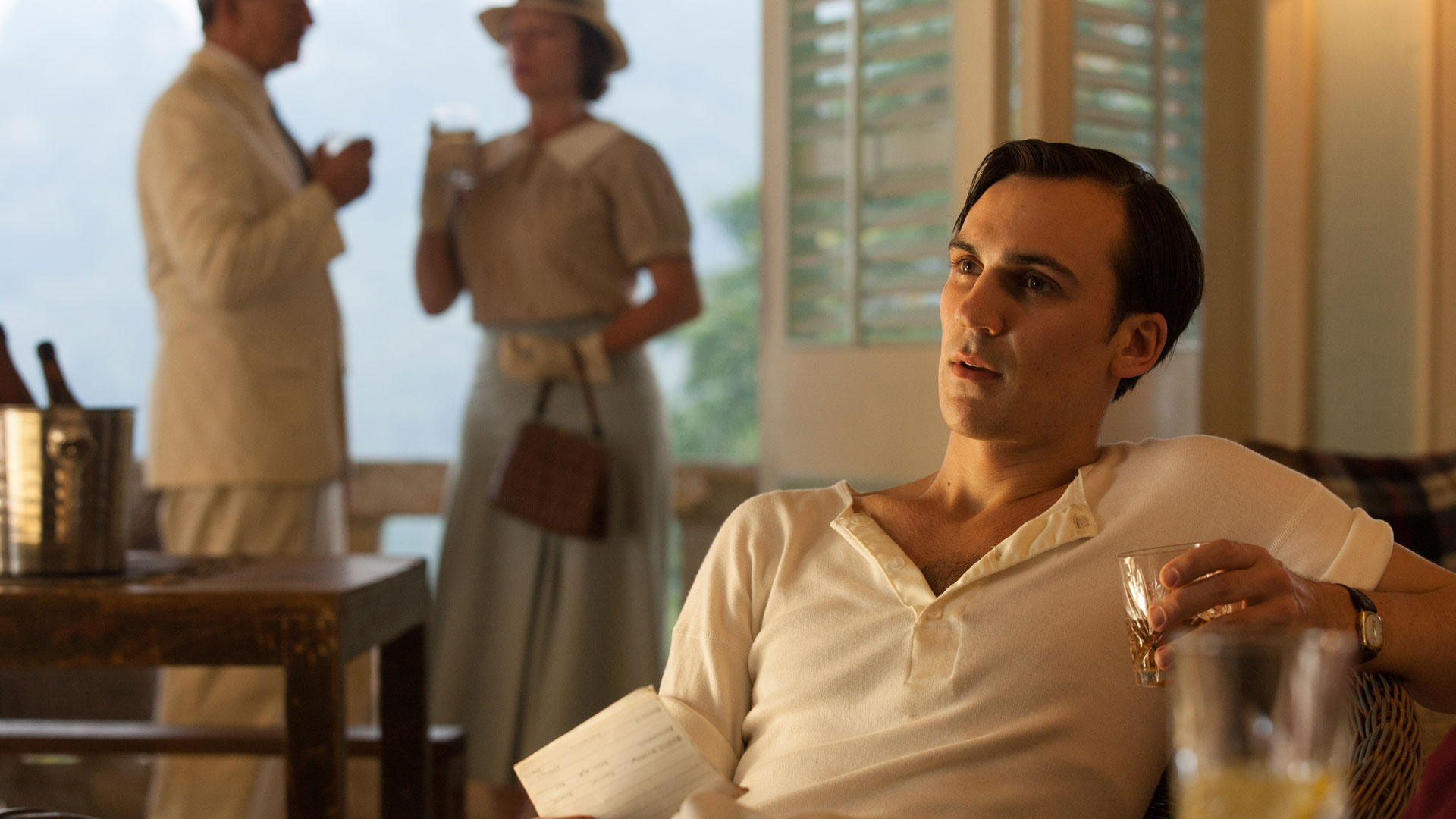 Alas, I can’t help myself  🙁  Those naughty, damaged, sexually ambiguous, tortured, clean on the outside, dirty on the inside types get me every time (not in real life though, thank you very much)

But of a Sunday, when I’m happily curled up in me cozy bed with a big bowl of buttered popcorn and my husband’s unsolicited but appreciated ( usually hilarious) sub-texts proffered throughout??  Yeah! Bring it!!

I might add he hasn’t taken to “Indian Summers” with quite the same zeal as yours truly.  I keep reassuring him that “Batesy” , Lady Mary et al. have no knowledge of the fact we’re seeing other Masterpiece  shows on the side.

Besides, “Downton Abbey” shouldn’t take such long breaks between seasons, if you catch my drift. Don Draper only got away with it because…he was Don.

Still, I guess we have to thank Earl and Debbie Schreibner or whoever that couple is Laura Linney keeps saying make it possible for us to enjoy all these shows.

Thanks you guys.  Oh, and Ralph Lauren too.

There’s some wicked White Mischief shenanigans going on with this lot.   Doesn’t a picture speak a thousand thorny words?! 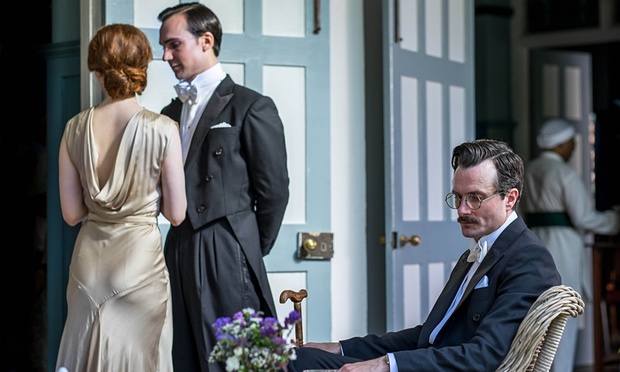 Still haven’t quite sussed out what this creepy character’s up to yet, but it’s no good, I can tell you that. 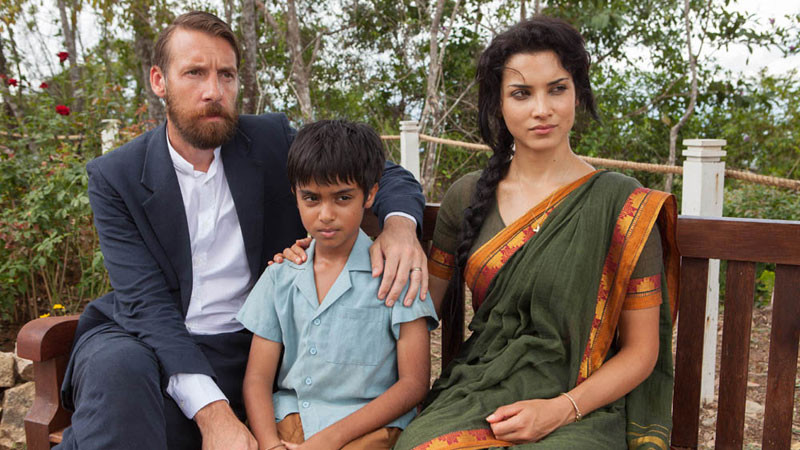 and this poor sod… 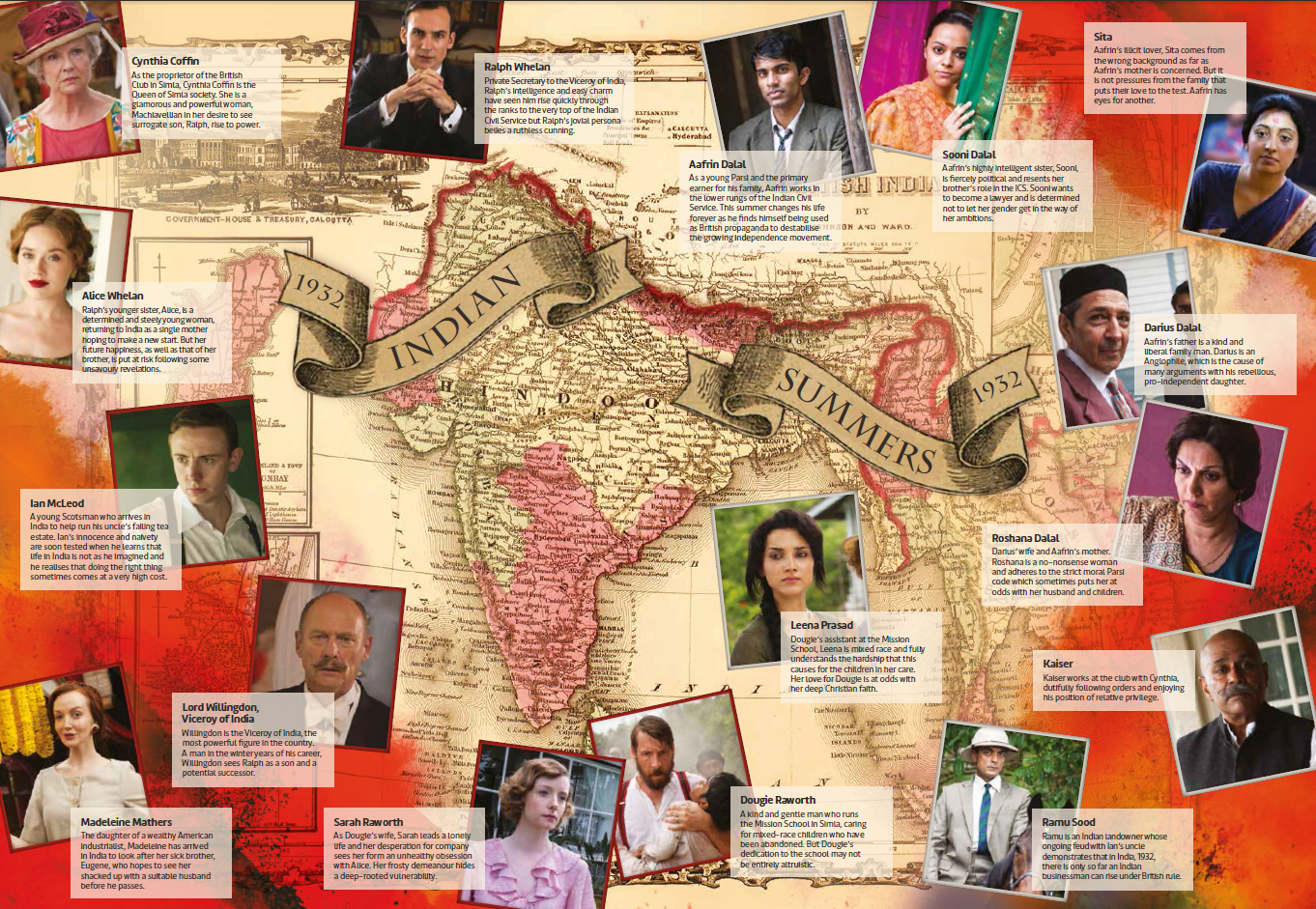 This is just a part of my collection of vintage tea dresses, so you get the idea… 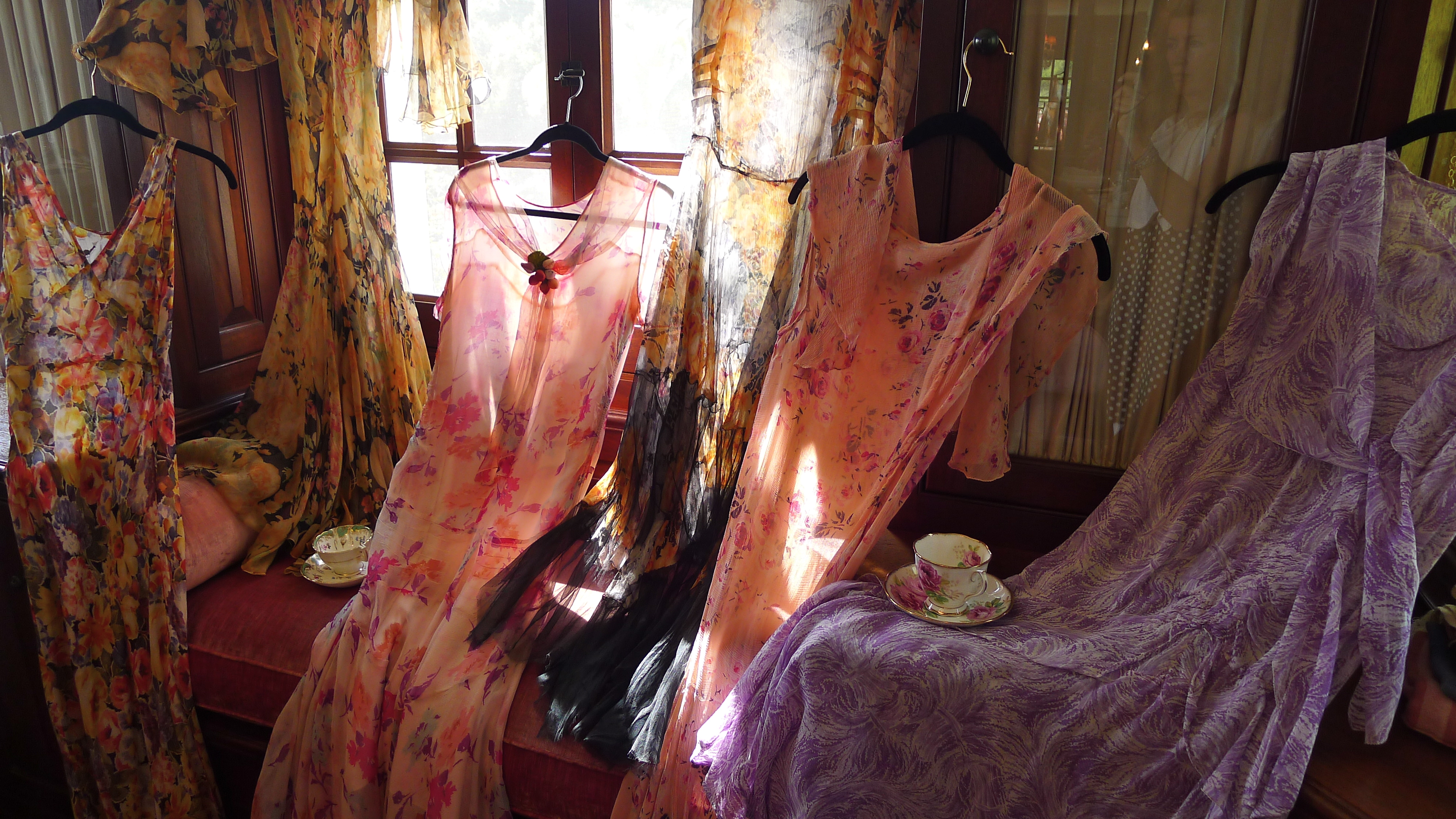 This one being one of my favourites, completely hand painted. 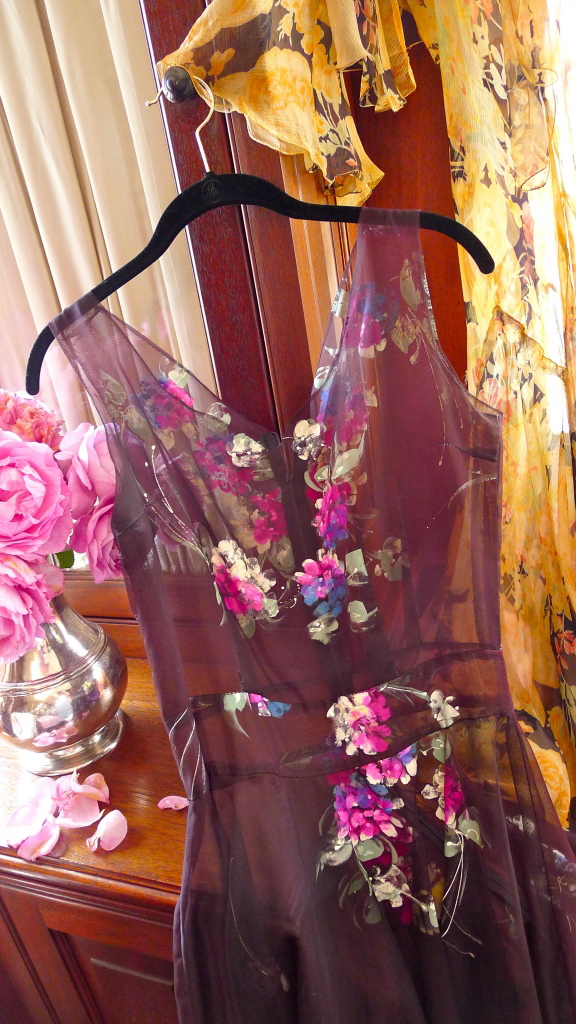 But all that aside, each and every shot in “Indian Summers” is gorgeous.

G O R G E O U S.  Merchant Ivory would be raising an eyebrow and giving a nod. 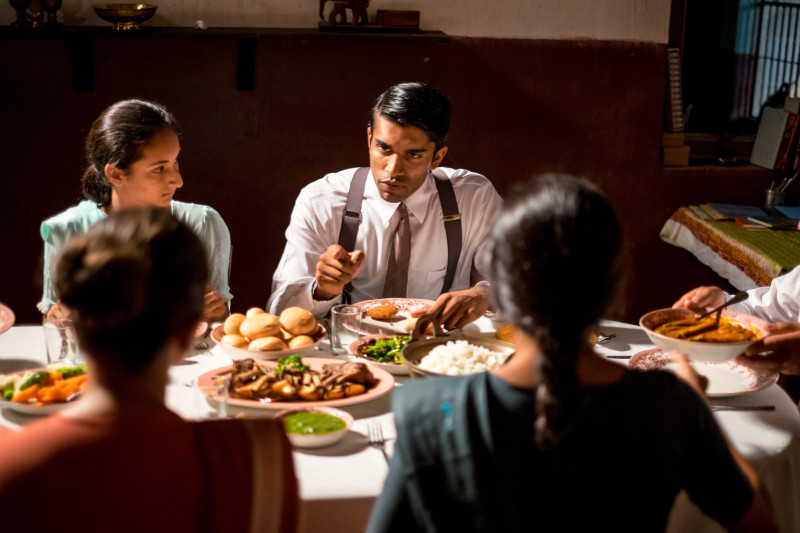 And who doesn’t feel the need to escape to somewhere achingly exotic at the end of the week ?

Especially now that The World Series is over (sigh) and football… UGH…don’t even get me started. Isn’t Monday night enough??

So… my advice is to get yourself over to Masterpiece and catch up on your “Indian Summers” before it’s too late.

If you need my help with any cliff notes, I’ll be holding forth at the British Social Club.  Sitting in the corner wearing a slightly damp tea dress, hair curling at my nape, red lipstick faintly wicking into the lines around my upper lip while I nurse my gin & tonic… strictly medicinal, for the quinine don’t you know… 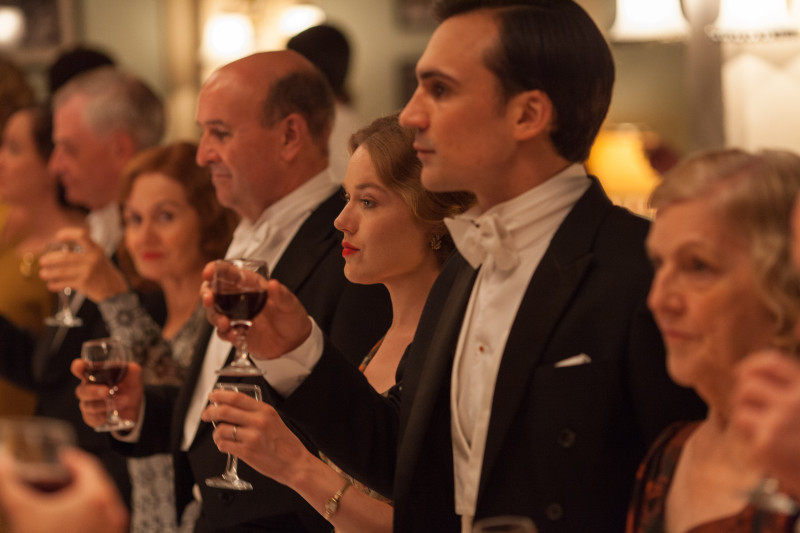 MASTERPIECE
Indian Summers
Sundays, September 27 – November 22, 2015 at 9pm ET
Julie Walters stars as the glamorous doyenne of an English social club in the twilight era ofBritish rule in India. Set in a subtropical paradise, Indian Summers explores the collision ofthe high-living English ruling class with the local people agitating for Indianindependence. As the drama unfolds, the two sides alternately clash and merge in anintricate game of power, politics, and passion. Also starring in this lavish production areHenry Lloyd-Hughes, Jemima West, Nikesh Patel, Roshan Seth, and Lillete Dubey.
Shown from left to right: Jemima West as Alice Whelan and Henry Lloyd-Hughes as Ralph Whelan
(C) New Pictures and Channel 4 for MASTERPIECE in association with All3Media International
This image may be used only in the direct promotion of MASTERPIECE. No other rights are granted. All rights are reserved. Editorial use only. 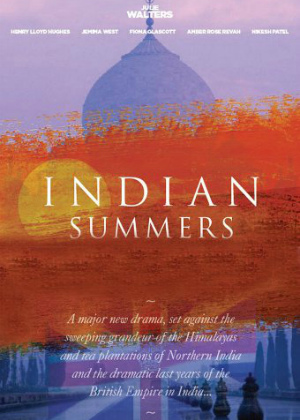 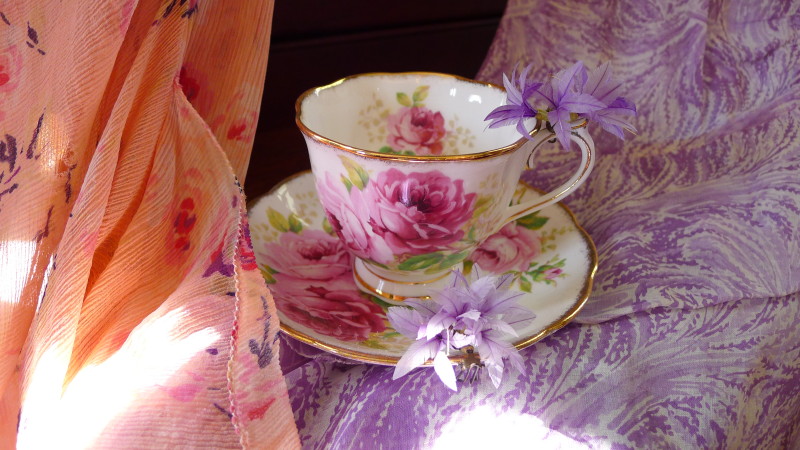