Have you caught the “Titanic Fever” that’s going around or were you not even aware that this coming Sunday, April 15th, marks the 100 year anniversary of the sinking of the most infamous ship of all time? 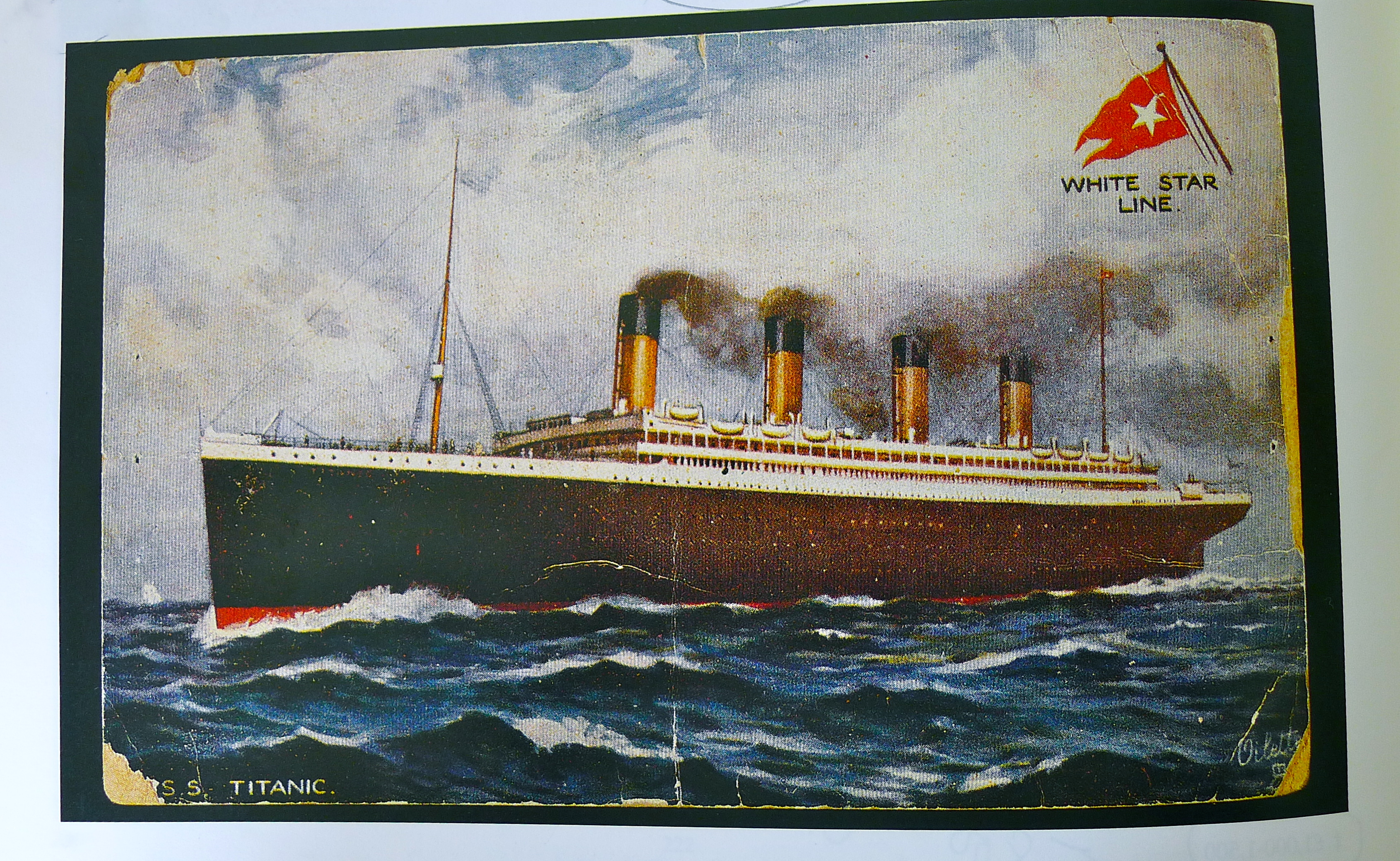 A photograph of a postcard written and mailed by passenger Ann Marie Perreault 3 days before the sinking of the Titanic.

My husband, somewhat of a “Titaniac”, has recorded no less than 10 documentaries, specials, or movies airing this week, and that’s just on TV. Our London correspondent R.B. (a mutually obsessed friend) is keeping us abreast of all happenings “Titanic” on that side of the pond, including the 4 part series that explores the tragic event from the perspectives of different passengers in each episode. I won’t spoil the ending, but there is a bit of a twist.

Perhaps you’ve already seen the newly released 3-D version of James Cameron’s 1997 flim “Titanic” or caught Nat. Geo’s “Titanic; The Final Word” Cameron’s latest hypothesising on exactly what happened on the fateful, frigid night the “unsinkable” ship sank. The director, who’s made more than 30 dives down to the wreckage, assembled a team of experts consisting of engineers, naval architects, artists and historians to explore the many scientific explanations. 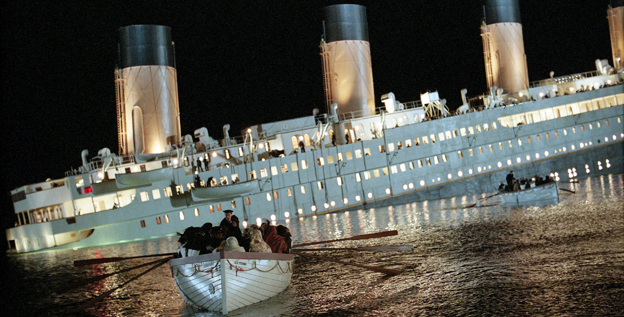 .I found it absolutely fascinating when Cameron & team realised they’d never actually considered why a ship of that colossal size didn’t “list”after striking the iceberg, according to all documented eye witness accounts. Was it sheer luck, or were all those poor sailors working frantically (and apparently successfully) to keep the Titanic evenly keeled until it finally cleaved in two, with the bow plunging vertically, to the dark depths of the ocean floor? If this was indeed the case, it would mean the crew saved 100’s of lives that would no doubt been lost had the ship listed, rendering the lifeboats on one entire side unusable.

The part of the documentary that most resonated with me though was when one member of the team (all men btw) was moved to tears describing the opening of a salvaged perfume bottle within the room where the vast array of Titanic debris and artefacts are stored. He recalled the exquisite scent of fresh flowers instantly permeating the space normally thick with musty decay…as if, in that brief moment, the essence of all those lost lives had been released from the tiny vial and were there with him again.

Chills. For me, nothing is more evocative than the sense of smell, so that really got to me. 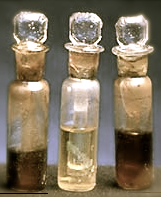 .Now reading all of this, and regular readers also knowing of my passion for the Edwardian Age, you might imagine my delight when as a gift for my wonderful husband on our 10th wedding anniversary (also a 100 years ago 🙂 ) I was lucky enough to acquire an actual love letter, written by a passenger on board the RMS Titanic. 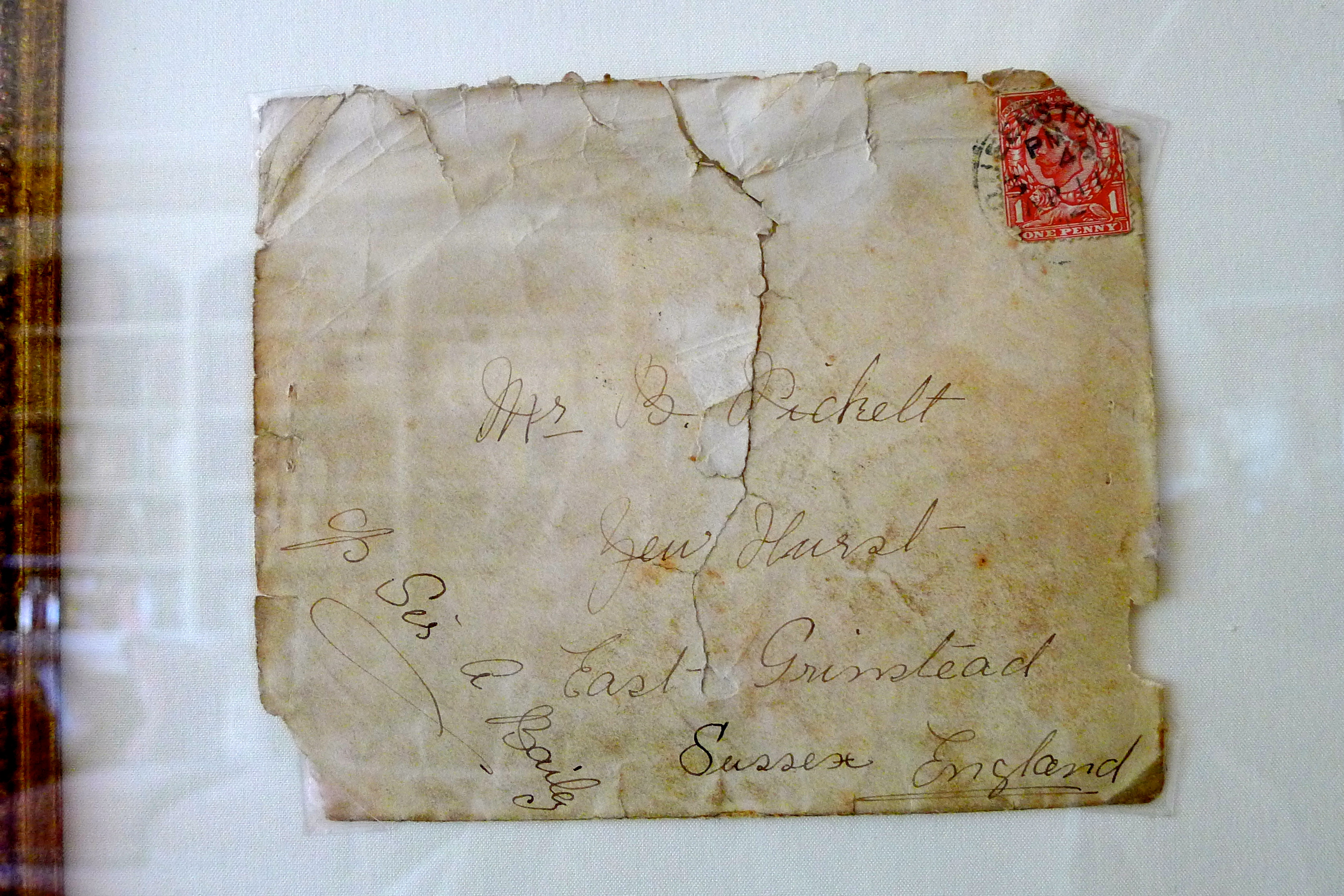 The story of the letter 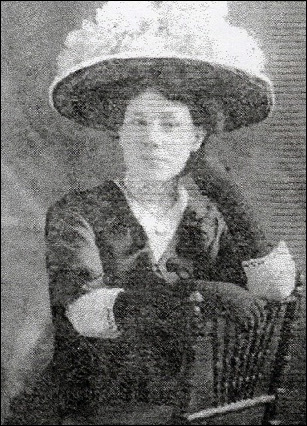 Mary Ann Perreault was born in Montreal, Quebec in 1878.

I know little of her life before the Spring of 1912 when at the age of 35 and, dare I say on the precipice of ‘Spinsterhood’ by Edwardian standards, she traveled to London as a Lady’s maid and fell in love.

Bert Pickett, the object of her affections, was the chauffeur of a business associate of Mary Ann’s employer Charles Hays, and was apparently smitten enough, after only six weeks of being acquainted, to propose to this Canadian belle. As both Bert and “Annie” were working during this period, one has to assume there must have been more than a few ‘stolen moments’ in their romantic, if hasty, courtship.

So “Downton Abbey”- Don’t you just love it?

By early April, Charles Hays and Bert’s employer, Sir Abe Bailey had concluded their business together and the Hays family booked first class passage for themselves and Mary Ann back to America on the RMS Titanic. The day before departure, with his mother’s ring in hand, Bert proposed to Annie and “highly delighted” she accepted. The plan was then set for Annie to return to NY with the Hays family until Bert had gathered enough money to come over and join her so that they could marry in Canada.

Annie, ring tightly round her still secretly betrothed finger, boarded the ship on that fateful day, with an eager heart filled with plans to spend the rest of her life with Bert.

Below is a partial transcribe of Annie’s letter to Bert, written on board the Titanic on the White Star Line stationary and postmarked April 11, 1912, Queenstown;

We left Old Eng. at 9:30 this morning & sailed at 12 noon. There was a terrible crowd at the dock to see this new boat leave on her first voyage. No doubt you have read about the commotion caused by the propellers as we were leaving. Every body on board was dreadfully excited with exception of me for I knew nothing about it until it was all over. I felt a sudden jerk but took no notice.

Anyhow I was thinking of you and counting the months when I hope to see you.

This is a tremendous boat, how I would love you to see it dear and explore it with me. I have been just crazy with a headache all day long, I went and lied down directly I got my unpacking done. I met a steward that was on the Adriatic. He insisted on showing me a suite of rooms that cost 40 thousand dollars for the trip across. Apart from that, I have really not seen any of the boat. Those rooms were to be occupied today at Cherbourg that is why I was so anxious to see them.

…Well, Bert, dear, I cannot believe I have been to England & on my way back. I have been so very happy with you. The time went by without knowing it.

Never mind a happy day will dawn I hope. …I have my ring on now & kiss it every little while & think of you….

I hope Bert dear you won’t worry when you read that account in the paper of us leaving.

I am trusting in a higher power & I hope we will get over all right. I don’t feel nervous in the least. Will you save the cutting dear and send it?…

Now Boy, I must say good bye. I would write a great deal more but what a headache I have got & I feel I must have a good sleep.

Be a good boy won’t you dear & pray for me every day.

I will drop you a card soon as I reach land. God bless you & write me soon. 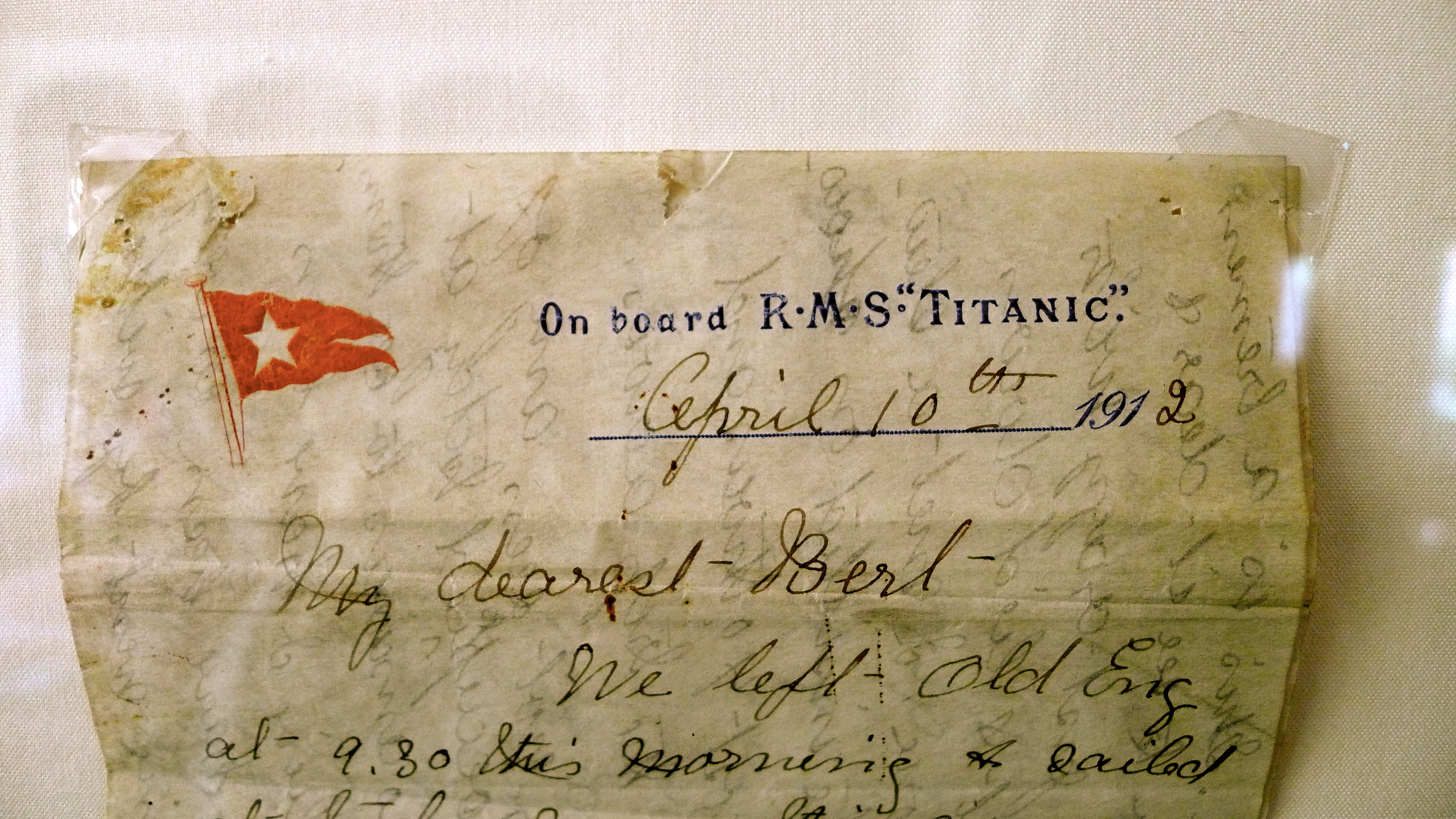 At 11:40 pm on the 15th of April, as disaster struck, Mary Ann Perreault, along with Mrs. Charles Hays and her daughter, were amongst the 711 passengers who managed to survive the sinking of the Titanic.

Differing accounts have Annie on board either lifeboat #3 or possibly #13 (the boat that caused so many problems being released from the blocks) and rescued by the crew of The Carpathia after 5 hours of drifting in the lifeboat. Tragically, her employer Charles Hays was one of the 1,500 who were drowned. 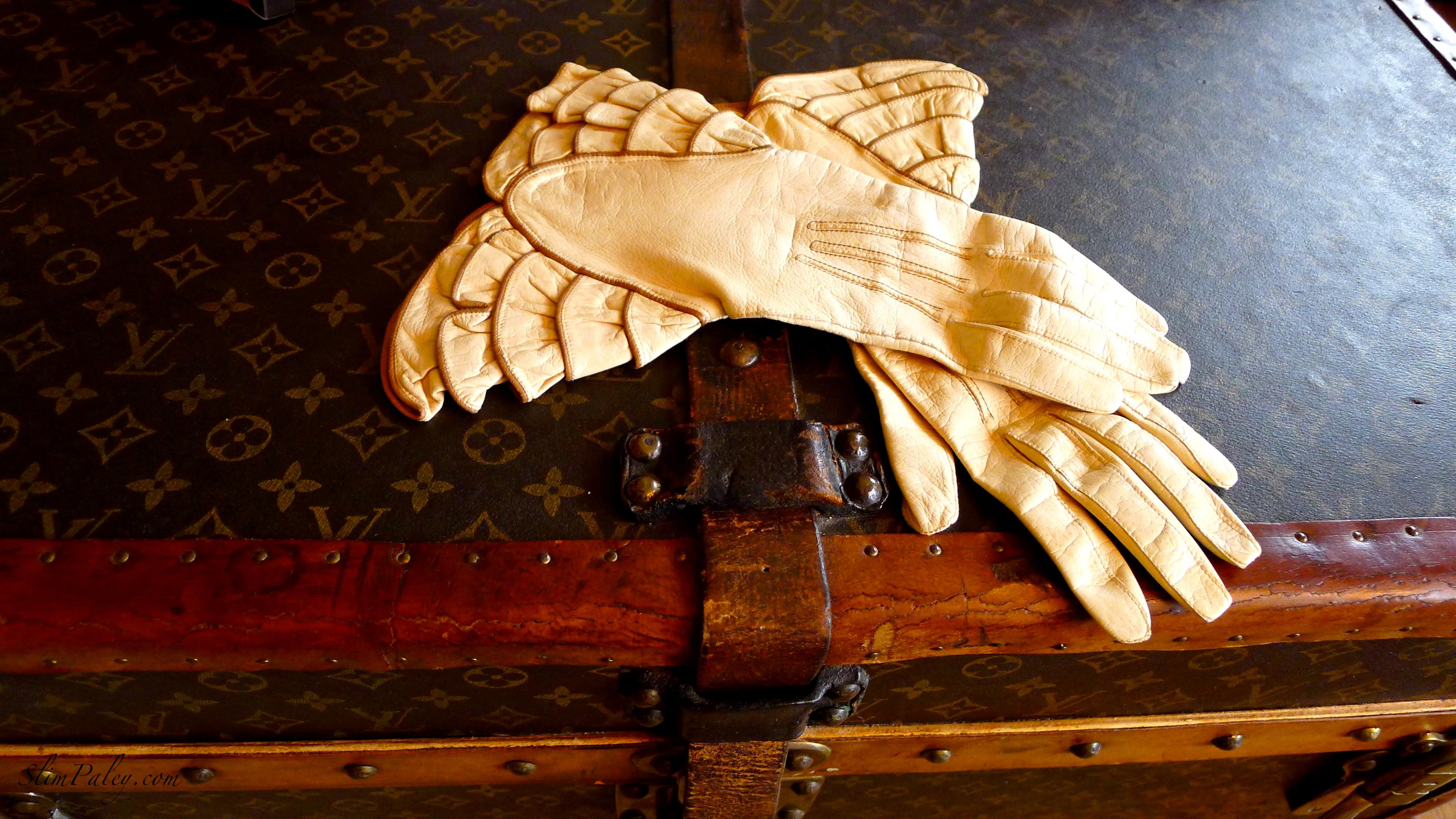 .From my collection, a rather stylish pair of Ladies kid leather gloves from the Edwardian era. 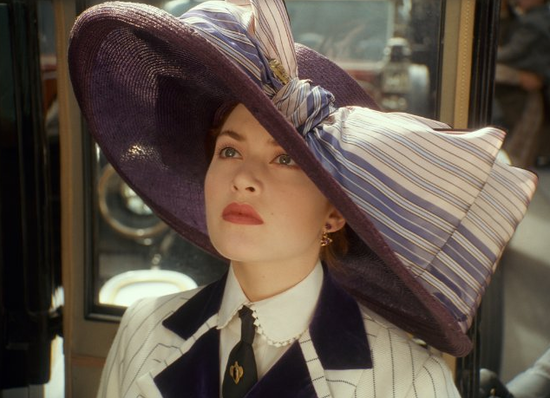 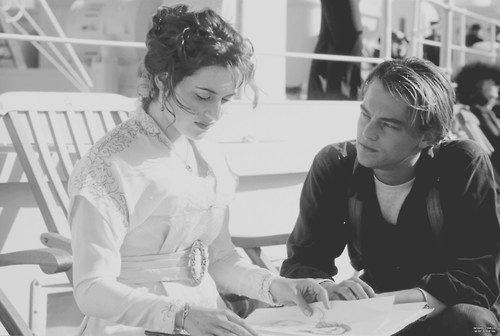 Eight months after the Titanic tragedy, Bert and Annie were happily reunited and married on December 11th, 1912.

They settled in California where Annie lived to the ripe old age of 90. 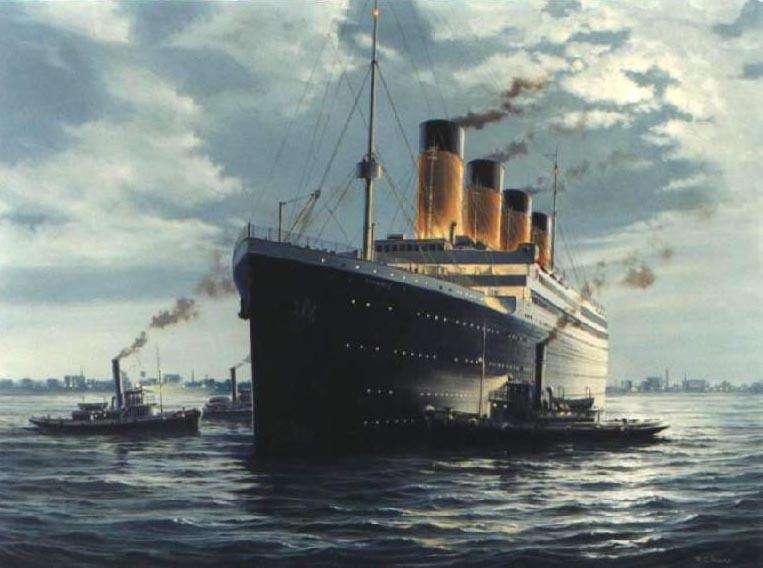 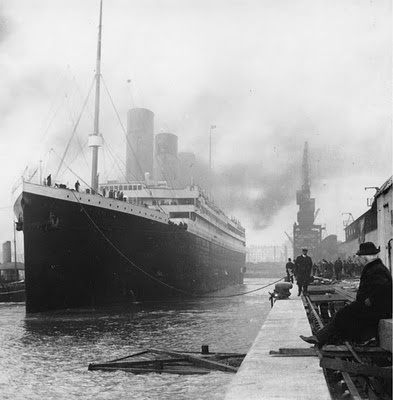 Leave a Reply to The Lady Eve Cancel reply