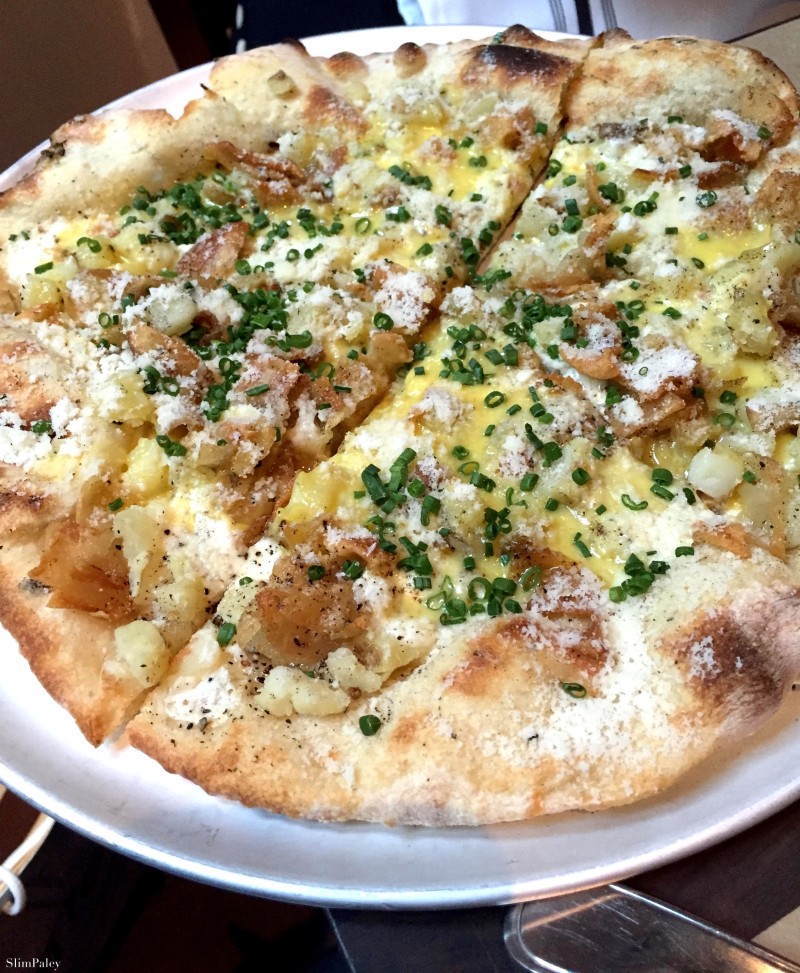 I have a good, casual restaurant to recommend for the next time your travels take you to NYC. 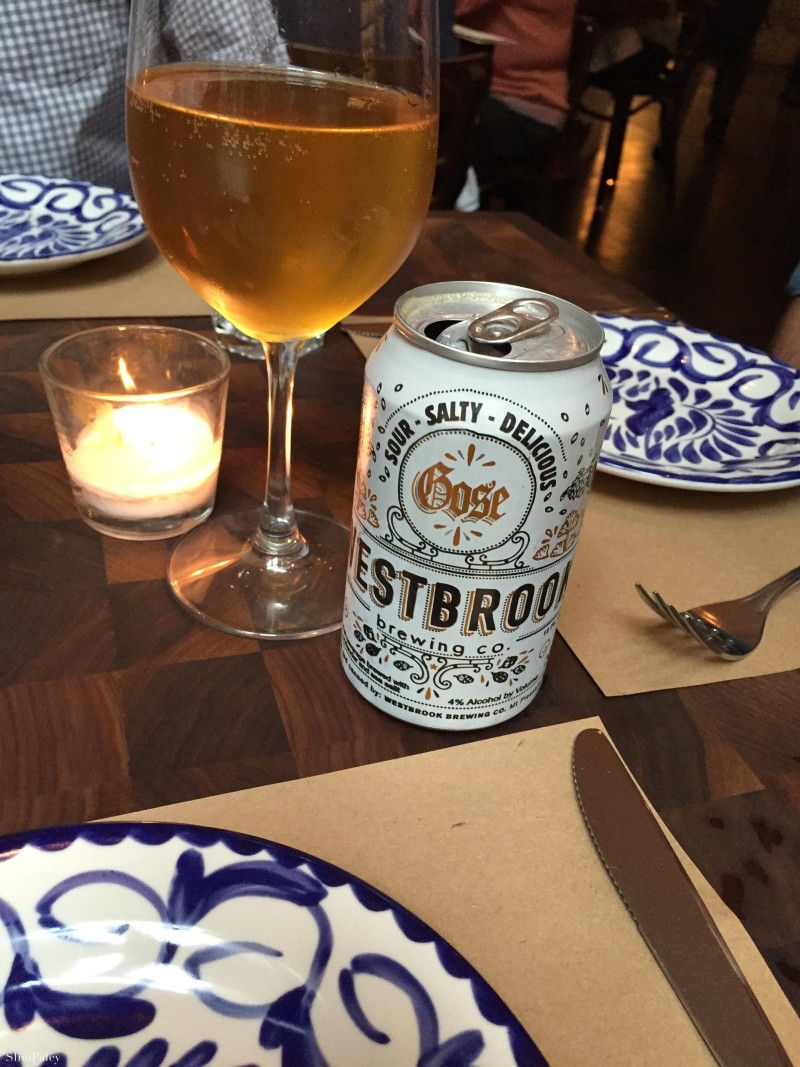 Filling out your dance card, will be a tall, cool, ginger (think Prince Harry) glass of Westbrook Gose beer. The sourest, saltiest, best ‘Gose’ we have tasted. Beer in mind (see what I did there) aficionados are seriously divided on this old German style beer brewed with wheat, salt & coriander. You’ll either love Gose (pronounced goze-uh) or hate it. I’ll earnestly admit I don’t know much about beer at all, but this one really caught our attention. 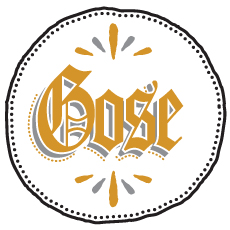 Apparently Westbrook is a small brewery which explains why we haven’t been able to track their Gose down in a restaurant or store since.  If anyone locates it in California, let me know ( but let’s just keep it between us shall we?  😉  )

Oh hello, what’s this??  Another potential suitor sidling up …

One hates to be rude… 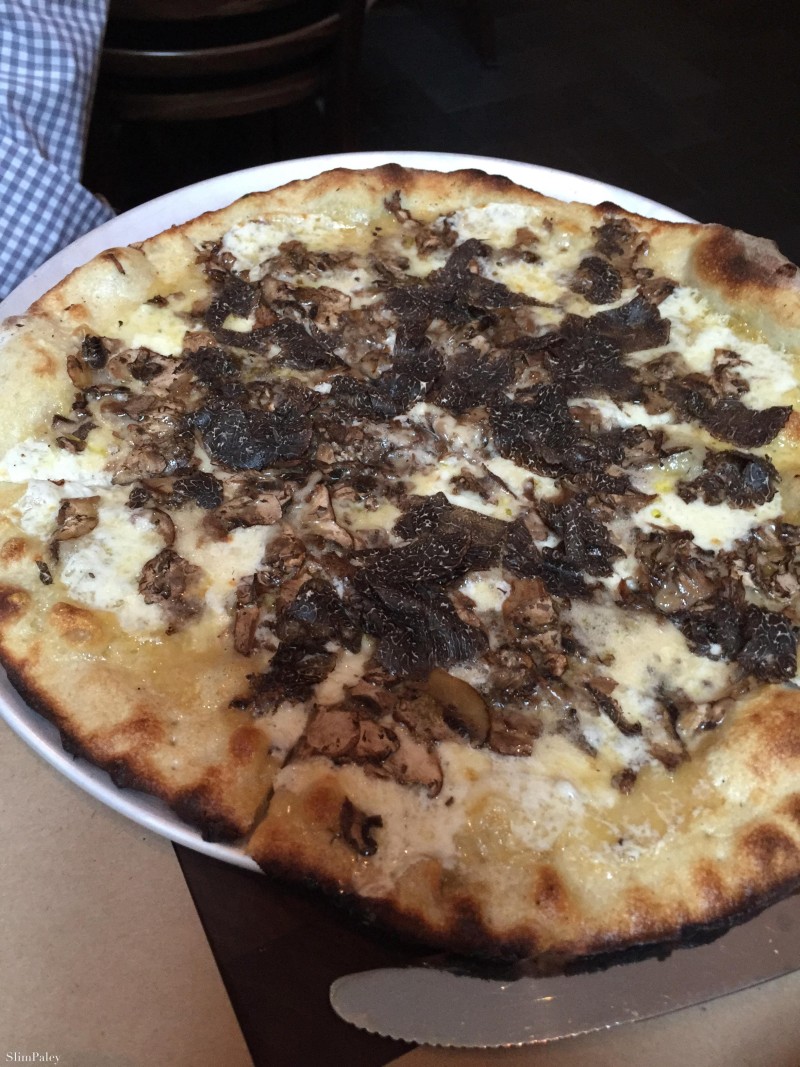 Pizza Fungi with chanterelles, hen-of-the-woods, and some sort of delicious white cheese. Sure, I’ll have this dance.

Though many items on the menu sounded very appealing, our son assured us we wanted to go with the pizzas. They did not disappoint, as evidenced in my photos.

Lady C. had a mad hankering for an ice-cream flavour she’d loved on their last visit to Marta. Unfortunately it was already sold out and, as we were dining fairly early in the evening it took our table a few minutes to recover from the blow. You know the feeling??  Eventually we managed to soldier on, but the ‘incident’ begs a Bigger Life Question:

Is it completely déclassé to reserve a certain flavour of ice-cream before you order 4 pizzas and beer for dinner???

I’m asking for a friend.

Marta is located right off the lobby of the Martha Washington hotel. Not a particularly charming ambience, but not too loud or difficult to converse, despite the soaring ceilings in what I think was a bank in another lifetime. Trekking to the ladies room felt a bit like being in a  scene from “The Thomas Crown Affair”. 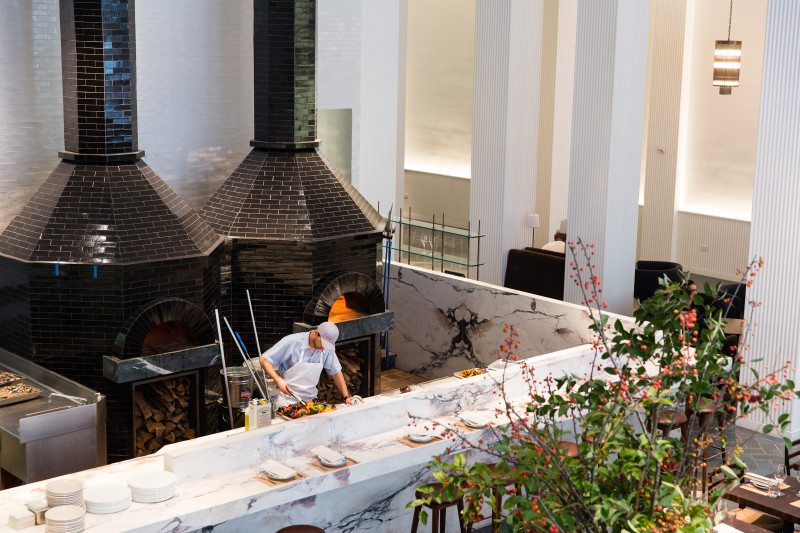 As we were leaving I stopped by the open kitchen to admire the incredible two story pizza ovens and fiery barbeque and spotted a mixed-grill of various meats being plated that left me a little weak at the knees, glancing wistfully over my shoulder.

Momma will be back. 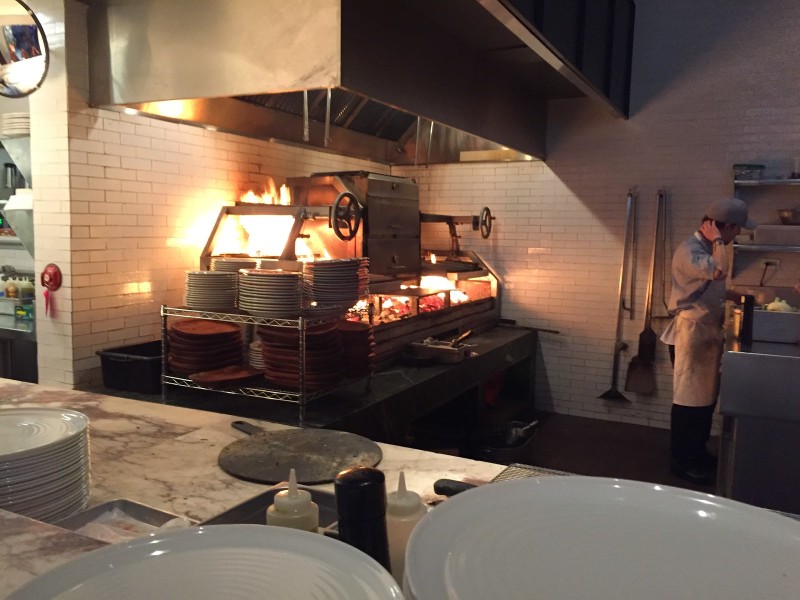 I love pizza, beer and dancing, don’t you?!

I’d just like to draw your attention to Friday’s “Daily Paley” as I know many people are not still not aware they are back up and running and I’d hate for you to miss this particular recommendation;

I think you will thank me 🙂