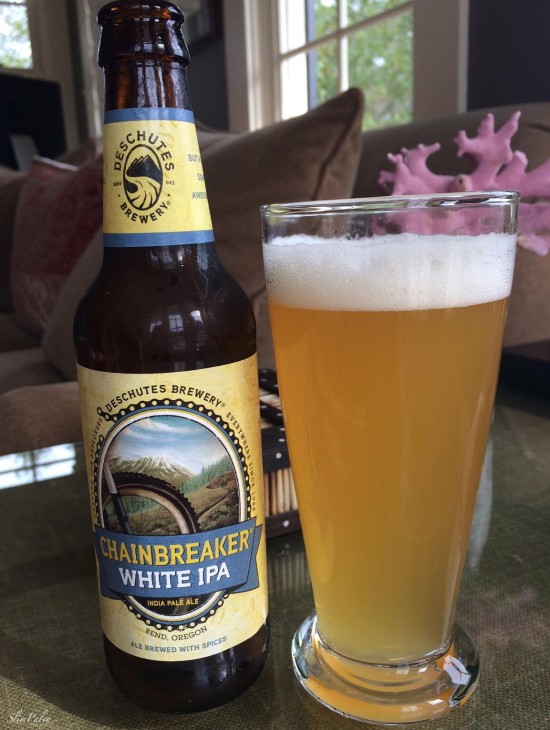 Granted, I’m no connoisseur…in fact I don’t drink beer often at all, but we went to a friend’s home the other night for dinner and he had Chainbreaker White IPA on tap and it was delicious! I mean, as beers go.

This white India Pale Ale with hints of coriander and sweet orange peel tastes like rolling around in a field of summer flowers…while you’re drinking beer and making daisy chains. Er, something like that. It has floral notes-that you really can smell and taste.  Look, I told you I wasn’t an IPA connoisseur.

It reminded me of another beer I really liked that I mentioned in a post a couple of years ago.

I just looked it up and Hitachino is also blended with notes of coriander and orange, so there you go. Maybe I’m better at this than I gave myself credit for! Back to back in a taste test, Hitachino might still take first prize but it’s about $9 a bottle (it hails from Japan) while we found Chainbreaker on sale at our local Von’s for $7.89 for 6 bottles!  Can’t beat that.