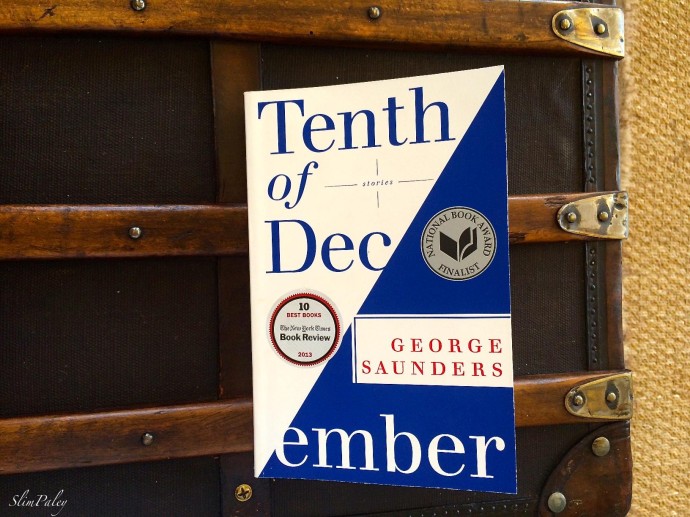 By nature, I’m not the biggest fan of short stories. I get too deeply invested in a good read and somewhat like a relationship that’s going well, I hate the thought of it ending quickly. Wait, what??  We were only just getting to know each other.  I thought…I had all these plans…Wow.  I bought this outfit, had my hair blown out and you’re leaving already??

So that’s me with short stories.

However, someone who obviously knows me better than I know myself gave me George Saunder’s “Tenth of December”.  I devoured it in two days.

George Saunders has turned this monogamous reader into a speed dater. Go figure.

PS. These stories aren’t light. Actually, I’m mincing- they’re dark, sometimes painfully dark-but the writing is so effortless and light, the character’s inner dialogues so morbidly funny, I was laughing out loud. Embarrassing. Thank God I was reading in private(ish)

P.P.S. Included in the collection is a conversation between David Sedaris and George Saunders which turned me into even more of a Fan Girl. Waaaa-I want to be in my early 20’s again and a student of Saunder’s Creative Writing program at Syracuse. Failing that, which, admittedly, is pretty much a given, I’m going to read everything he’s written.

Which will result in a nice long relationship between us.

Back to my old ways 🙂