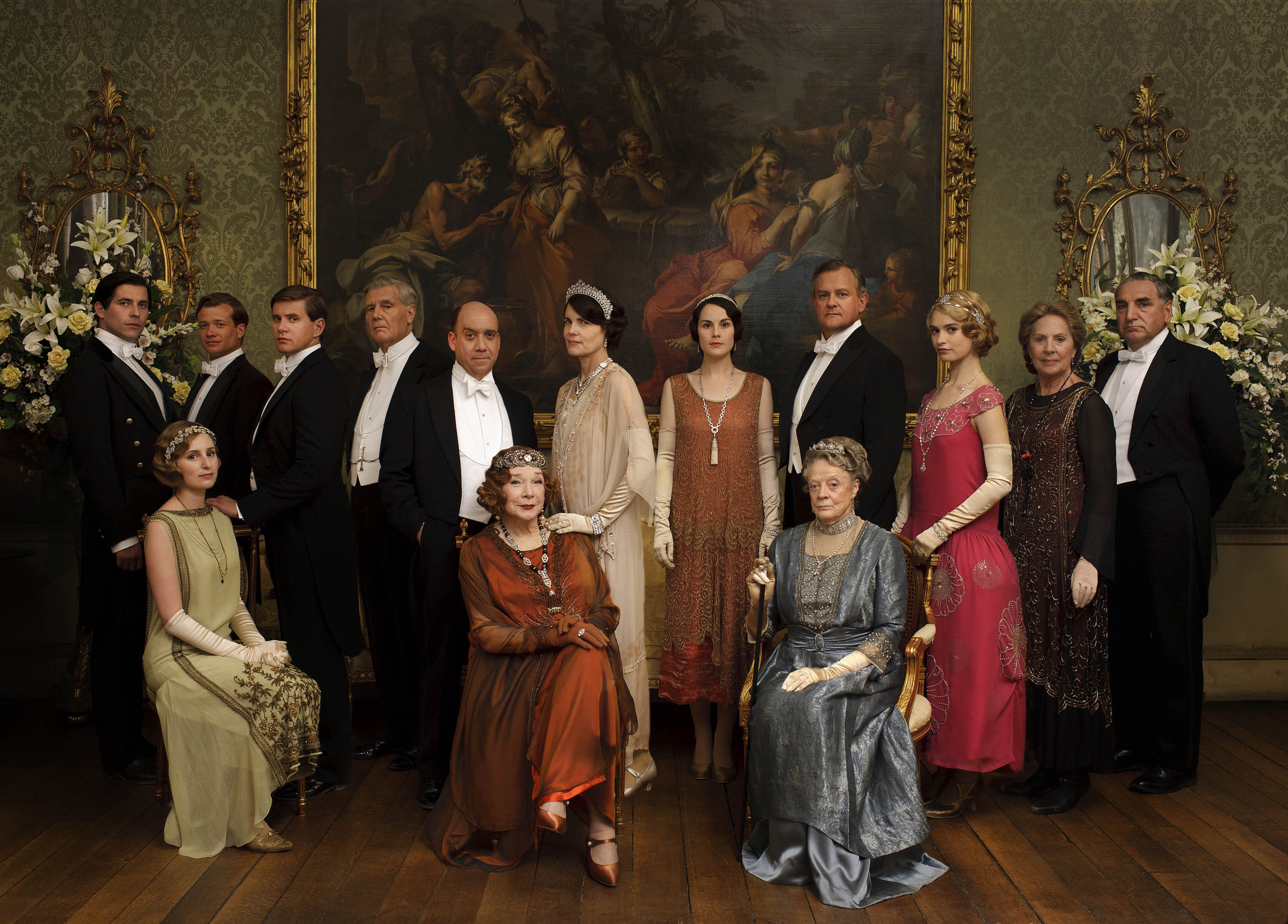 God bless us all, it’s finally that time again!

I can’t believe I arrived home from our “Grand Tour” of Patagonia JUST in time.

It’s all too exciting!

I’m literally dashing off this post as I’m unpacking (wet clothes from our suitcases-nice) and drinking way too much coffee waaay too late in the day.

But stay up I must!

I hope you’ll all be watching with me and for those across the Pond and Down Under please feel free to chime in, with judiciousness of course (omg-I spelled that correctly the first time. Note to self; perhaps more coffee less wine…)

May I just include a complete non-humble brag and mention I attended a party during the Christmas Season where I met a lovely relative of Lady Mary’s who told me that L.M. reads Slim Paley!! 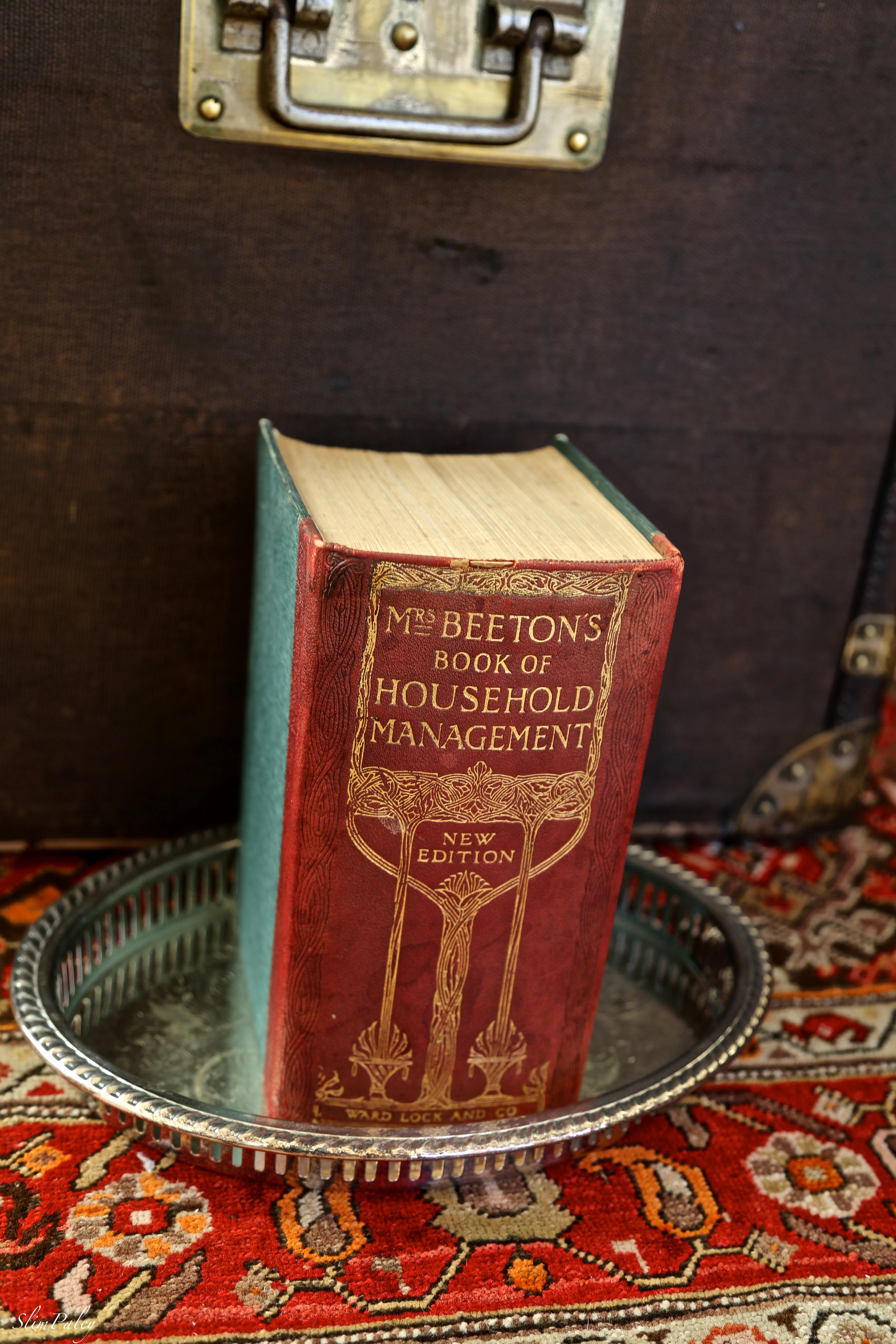 A great friend of mine who lives in Britain says this season is an absolute cracker.  She’s been awfully good at not letting anything slip while whetting my curiosity just enough.

She also sent me this absolutely divine and massive antique book;

I’m quite sure Mrs. Patmore kept it handy.

‘Isabella Beeton (1831-1865) the eldest child of an extended family of 21, was required from an early age to see to domestic arrangements. After her marriage to a small publisher, she began to contribute to his Domestic magazine. In 1861 her writings were published in book form for the first time. An immediate success, selling over 60,000 copies in its first year and nearly two million by 1868! One of the most famous of all cookery books it also contains advice on household management, childcare, etiquette, entertaining and employment of servants.’ 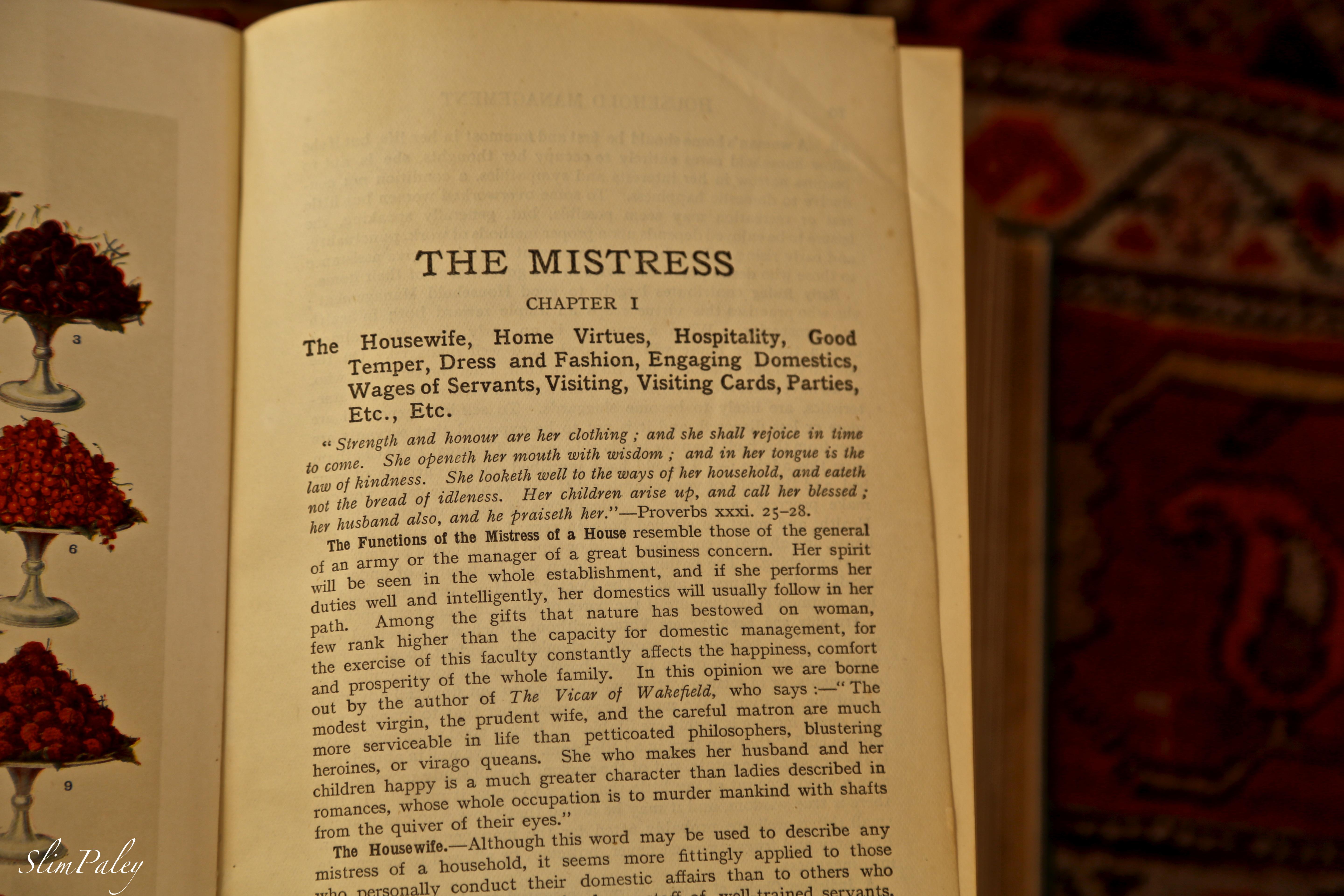 “Her children arise up, and call her blessed; her husband also, and he praiseth her” 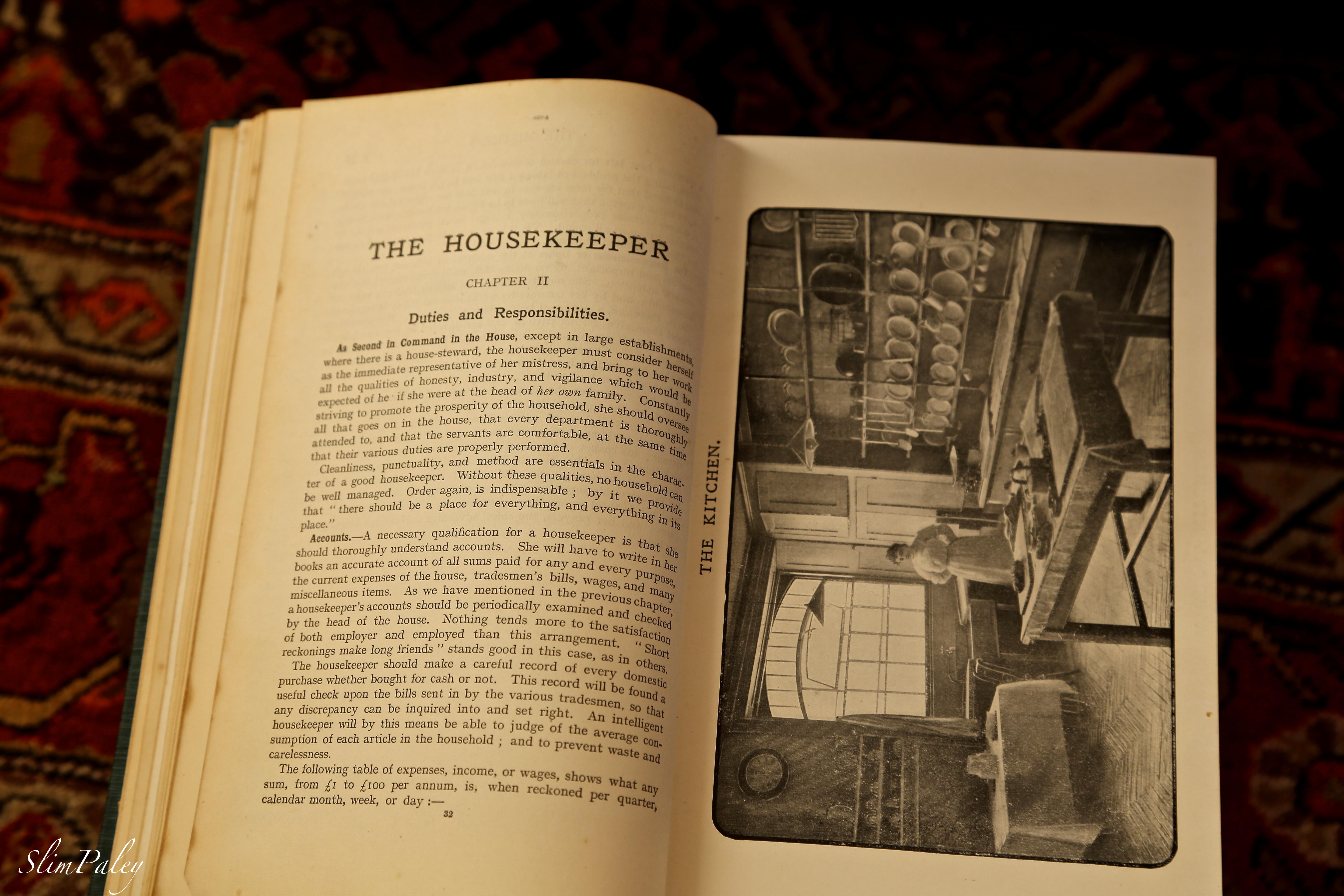 Sadly, Isabella Beeton’s life story was not a happy one. She lost her first child at only 3 months of age, her second to Scarlet Fever at 2 and poor Isabella died just days after giving birth to her 4th child when she was only 28.

A BBC drama based on Isabella Beeton’s life aired in 2006 and a documentary by Sophie Dahl in 2011.  I would love to find both.

OK, must wrap up before the show begins!

And, if you’re so inclined;

Exactly One Year Ago

& last but certainly not least, 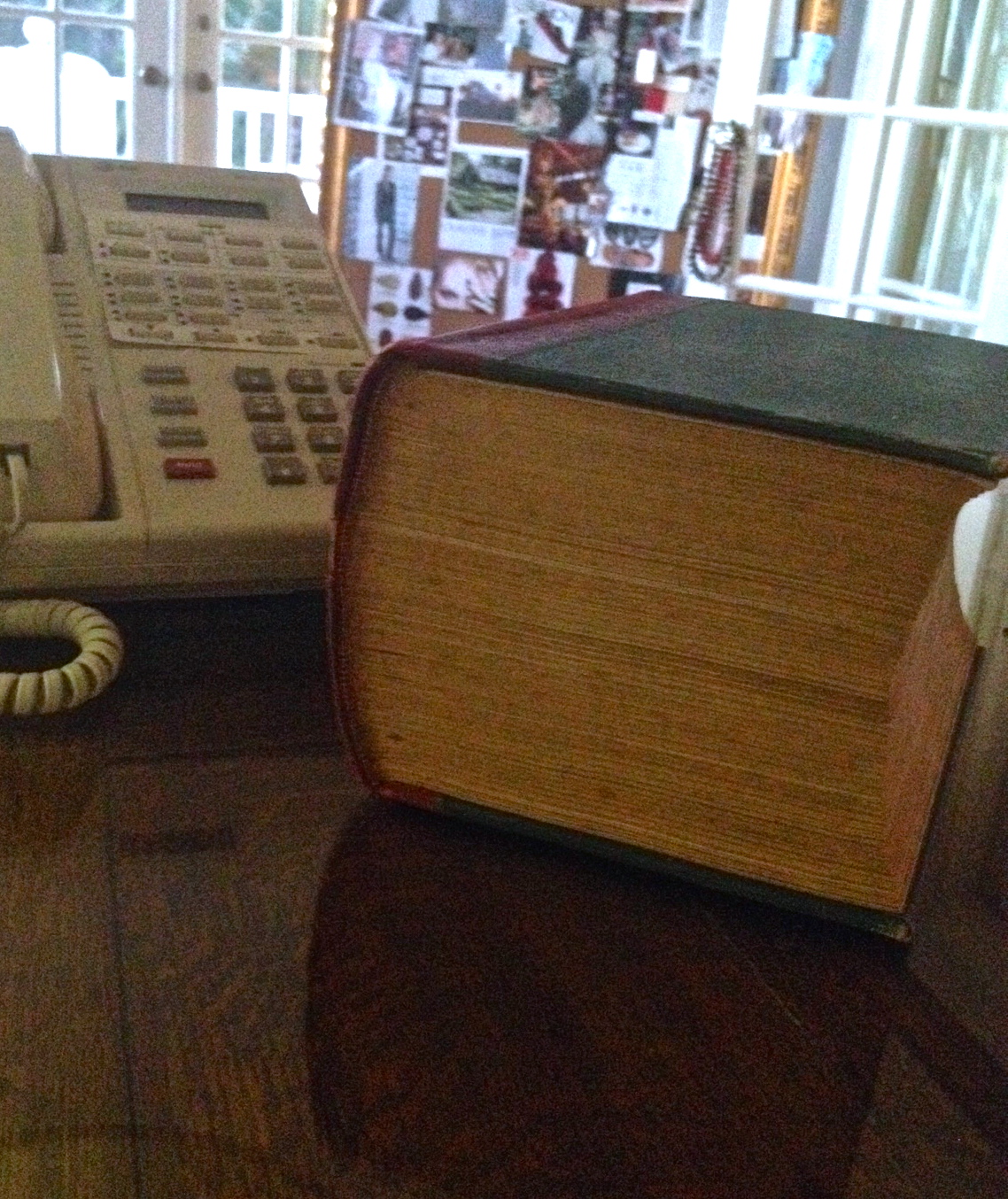