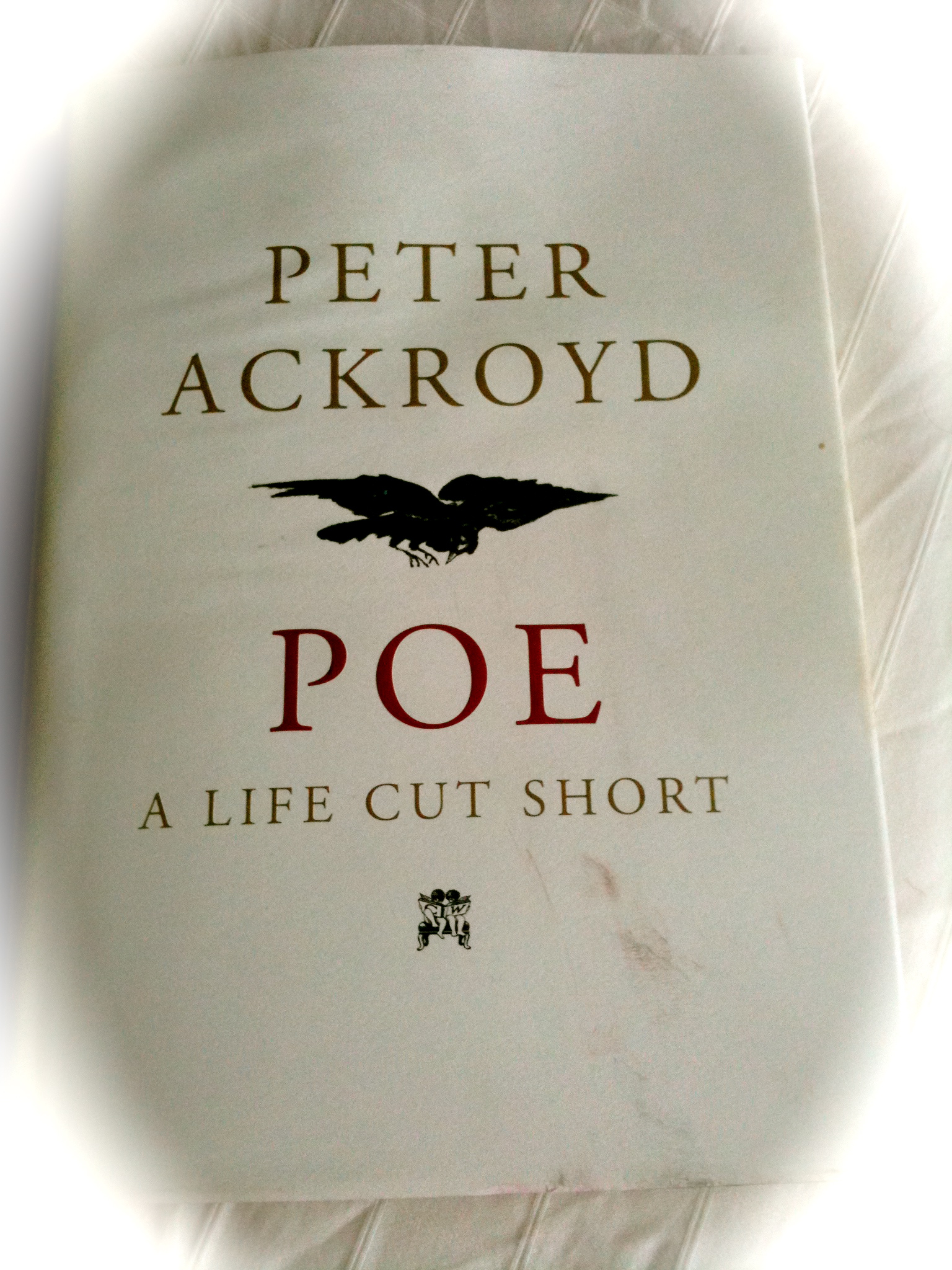 From childhood’s hour I have not been
As others were; I have not seen
As others saw; I could not bring
My passions from a common spring.
From the same source I have not taken
My sorrow; I could not awaken
My heart to joy at the same tone;
And all I loved, I loved alone.
Then-in my childhood, in the dawn
Of a most stormy life-was drawn
From every depth of good and ill
The mystery which binds me still:
From the torrent, or the fountain,
From the red cliff of the mountain,
From the sun that round me rolled
In its autumn tint of gold,
From the lightning in the sky
As it passed me flying by,
From the thunder and the storm,
And the cloud that took the form
(When the rest of Heaven was blue)
Of a demon in my view.

Appropriately, as Halloween is upon us, I just finished “POE” by Peter Ackroyd.  Now I knew Poe’s life was grim and he was an odd fellow-I just didn’t know it was quite that grim and he was quite that odd. We can start with the fact that Edgar married his cousin when she was about 13 years old (they lied about her age by 7 years) and despite speculation that the marriage was never consummated, lived sporadically under the same roof with she and her mother (his aunt) even before that.  In fact, throughout their marriage he continued to refer to his wife Virginia as “Sis” or “Sissy”.

Poor Edgar had very few friends and twice as many enemies.  He was orphaned extremely early, had drinking problems, suffered severe bouts of social ineptitude and disgrace and was almost completely penniless during his entire short life, despite “enjoying” much critical and public acclaim.  Ackroyd quotes an estimate of earnings totaling less than $300 over a 20 year period!  This for a man who Tennyson described as “the most original genius that America has produced”, Yeats called “certainly the greatest of American poets” and Thomas Hardy considered to be “the first to realize in full the possibility of the English language”.

Although he flourished for a few years with a kindly adoptive mother (and not so kindly adoptive father) and thrived academically, this was to be but a brief respite before events went ferociously down hill.  Sadly, it appears that in spite of his brilliance, whenever good luck or fortune were within his grasp, Poe was consistently his own worst enemy.  Finally,at the age of forty, now a forlorn, broken and pitiful widower, Poe was  discovered drunk and raving in a tavern in Baltimore and tragically died a few days later.

“Poe’s life was Gothic, theatrical, fatally flawed, dark, dazzling, destructive, satirical and inventive”.  Unfortunately, with all that to work with, Ackroyd’s biography, although  meticulously researched (Ackroyd wrote “London” after all) engenders little excitement or emotional impact.   Surely fans of Poe and Poe himself deserve more than this.   Also really disappointing was the complete lack of inclusion of any of Poe’s work. This for me was a big miss as it is always nice in a bio, particularly a poet, to have some work to refer to right at hand.

PS- Early in 1845 Poe ran into an acquaintance and confided in him that he had “just written the greatest poem that ever was written” (Typical Poe) He had composed it during a period of retreat at a farm house in the “countryside” on the outskirts of New York.  The poem was of course “The Raven” and …wait for it… the farmhouse sat upon the ground of my old digs;  Edgar Allan Poe St. at 84th, between Broadway and West End Avenue.

How cool is that?! 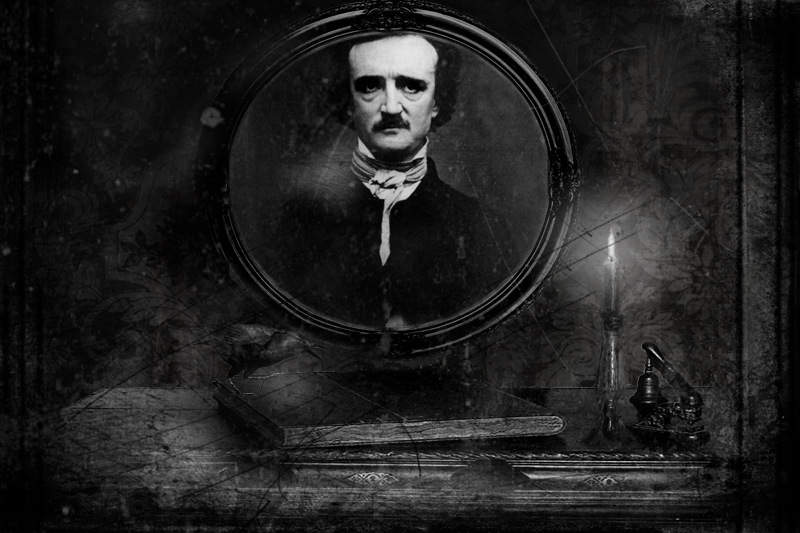 Biggest smile I could find