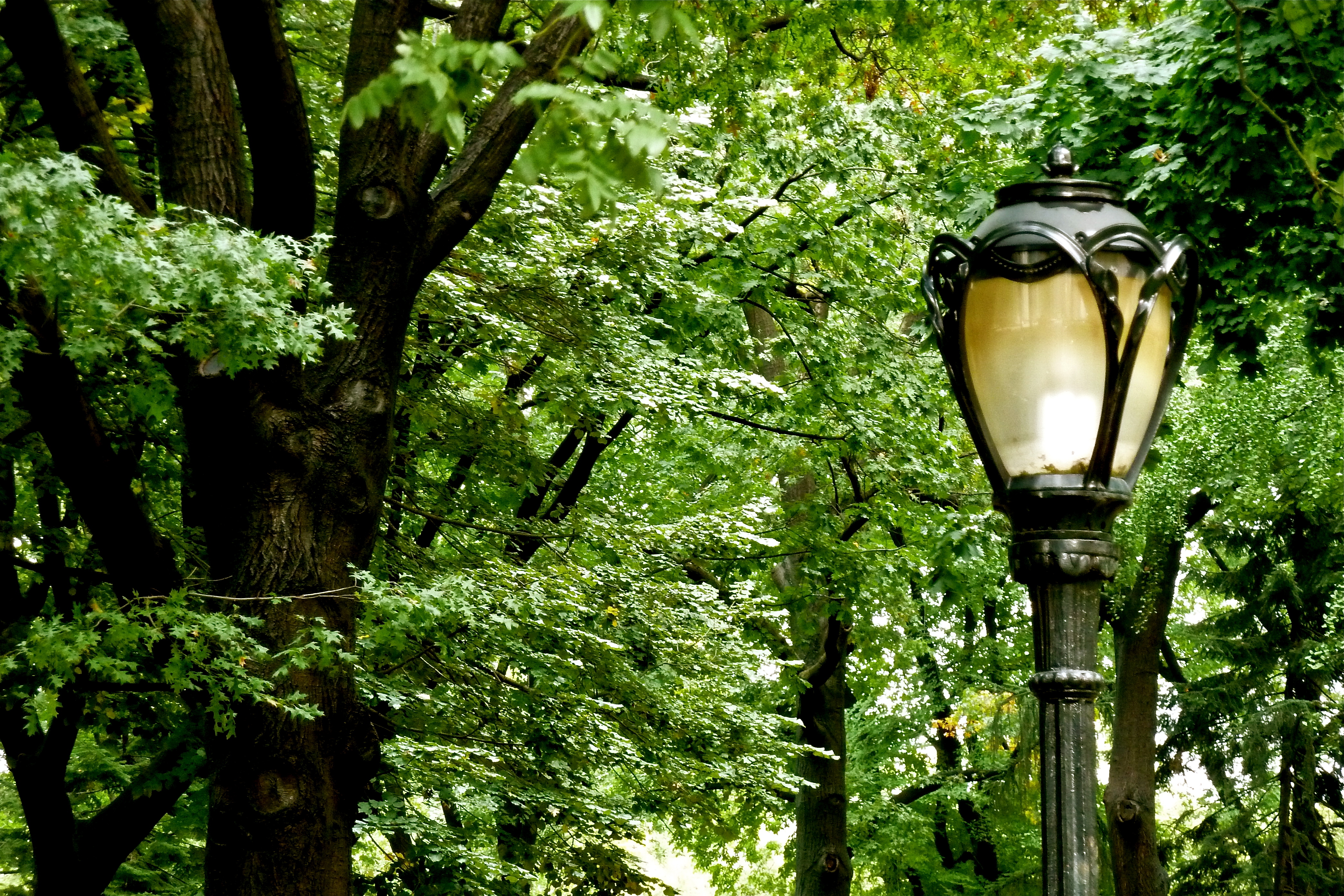 Don’t let this photo fool you-  The sun only came out for about 5 minutes yesterday just as I happened to be walking past Central Park so I dashed in and ‘lensed” this  (See, I’m hip to all the new lingo on the inter-web 🙂 ) with my new camera. This photo was taken with my super sonic  12X lens fully engaged.  Although it isn’t crystal clear, you can  see the quality in full zoom is still pretty good..There were only 7, no maybe 8 leaves that had started to turn for Fall.

Most of the time  the weather’s  looked more like this… 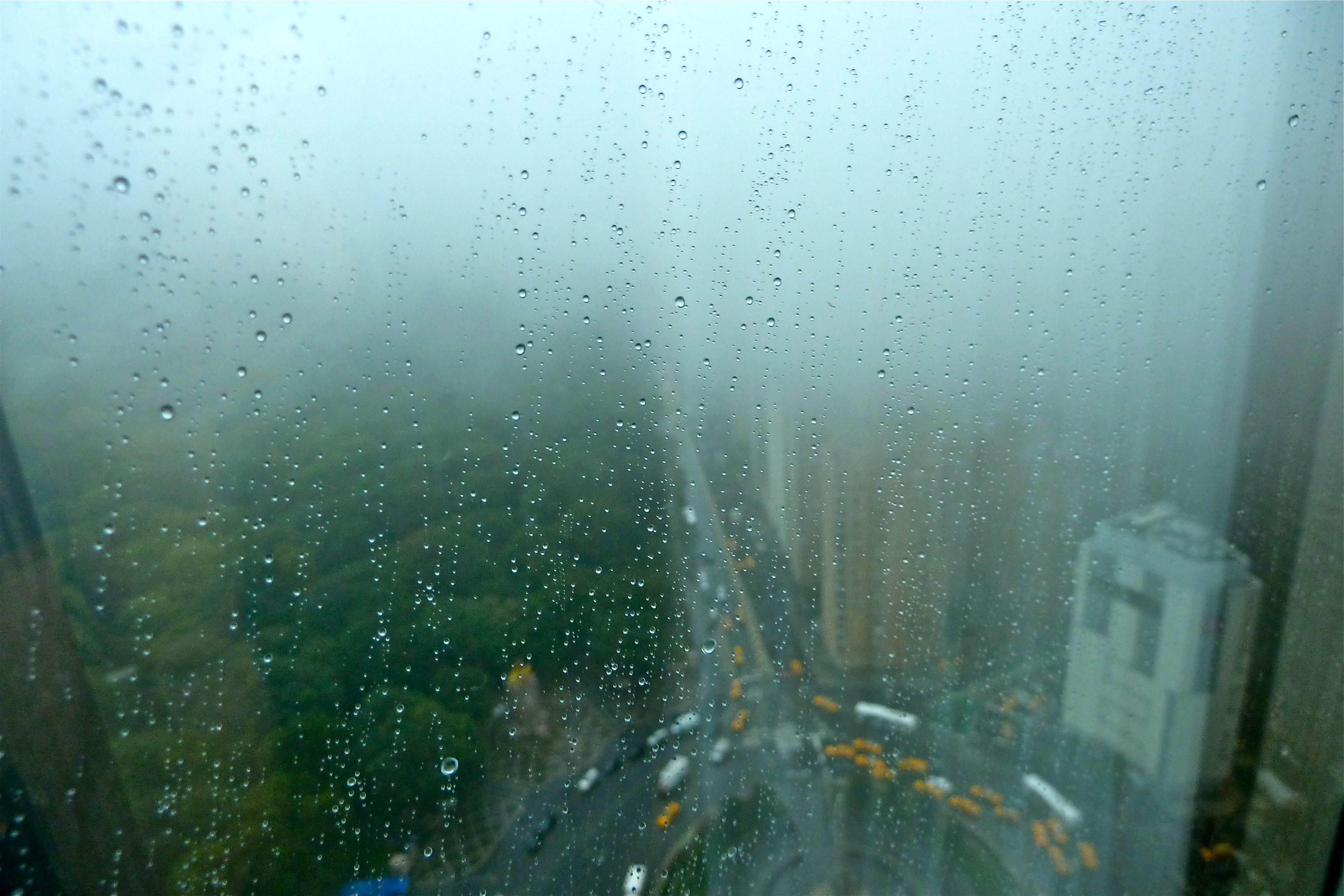 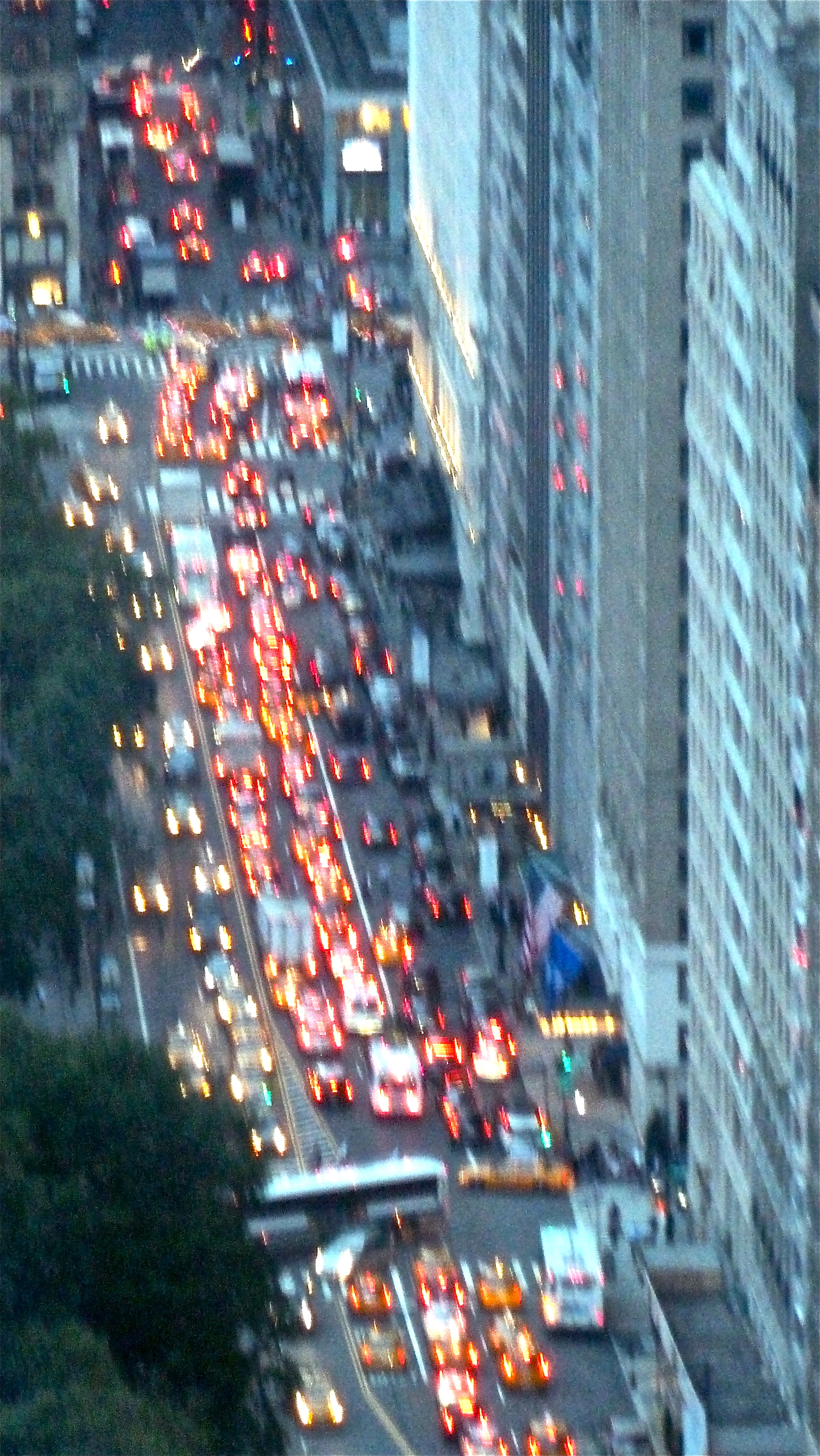 Reminding me of this fabulous scene that Rutger Hauer just kills in Bladerunner; 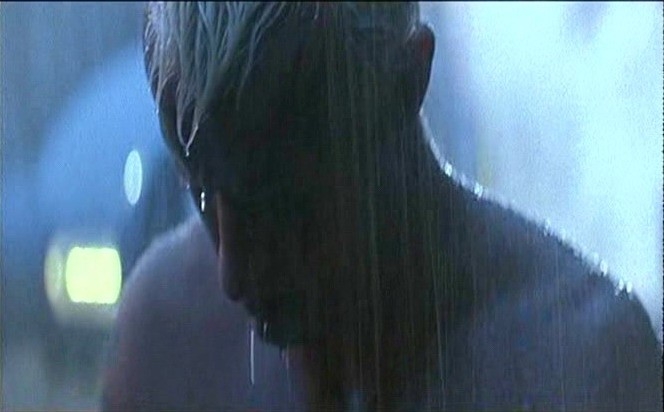 Sigh.  it’s so poignant- it gives me chills every time.

You can only imagine the  effect the rain and crazy humidity have had on my hair. I return to the hotel with my head twice the size of  when I left.   Yesterday, after I managed to wedge it back into our room, I was about to suggest we go down and have a cocktail in the sexy hotel bar when I caught sight of my husband. He was sitting on the edge of the bed donning day-glo ear buds, and Bose headphones, and a huge black Batman sleeping mask, complete with molded nose cup.  These on (and precious little else) he cocked  his index finger at me like he was jauntily shooting a pistol,  said “YOU put a ring on it”  and promptly fell fast asleep.  Apparently I’m married to Bethanny Frankel with a beard. It was 5pm.  Is it really that untoward for a woman to sit in a hotel bar all alone, nursing a martini while constantly  patting her hair down as she  laughs and quietly mutters to herself??   Oh- that’s so sweet- I knew you’d be on my side!!

It’s one of the things I love about New York – you can always be assured that every time you walk down the street you’re going to see 100 people that look far crazier than you and another 100 that make you want to head straight to your parents and ask “What’s up with the lousy gene cards folks??”

And then there’s the things you “Overhear” in NY;

A couple in the corner booth of a nice restaurant;  she, mid to late 40’s, attractive, very blonde.  He, late 80’s, early 90’s  and virtually bald except for, wait for it… silvery bangs striating to gold  (like the finale dress in Marc Jacob’s Fall show)  BANGS! as in Anna Wintour, that somehow sprung from nowhere, as he was hairless above.  Donald Trump- you’re goin’ down! This guy just combed you  under the table my friend!   I’m not being cruel, simply setting the visual for what came next.  In a loud voice ( I’m no Gladys Kravitz, but I was two tables away ) he said to her “WELL, You’re certainly NOT the most beautiful woman  in the world, but…you’re good enough for me. I think I could fall in love with you.”   He really said that!  Thankfully, he didn’t make the pistol shooting gesture, but he said those exact words.  I wanted to go over and throw my martini water on his head.  The poor woman said nothing.  She just kept nodding and smiling sadly.  UnCOMFortable…I’m only repeating this  because I’m pretty sure he doesn’t read Slim Paley.  If  by any chance I’m wrong- I meant the other old guy with the silvery golden bangs, not you Sir. 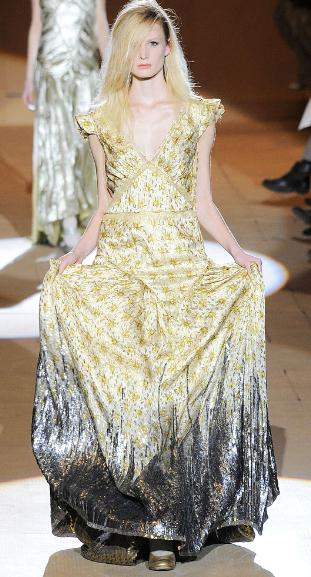 His bang colours, only in reverse. 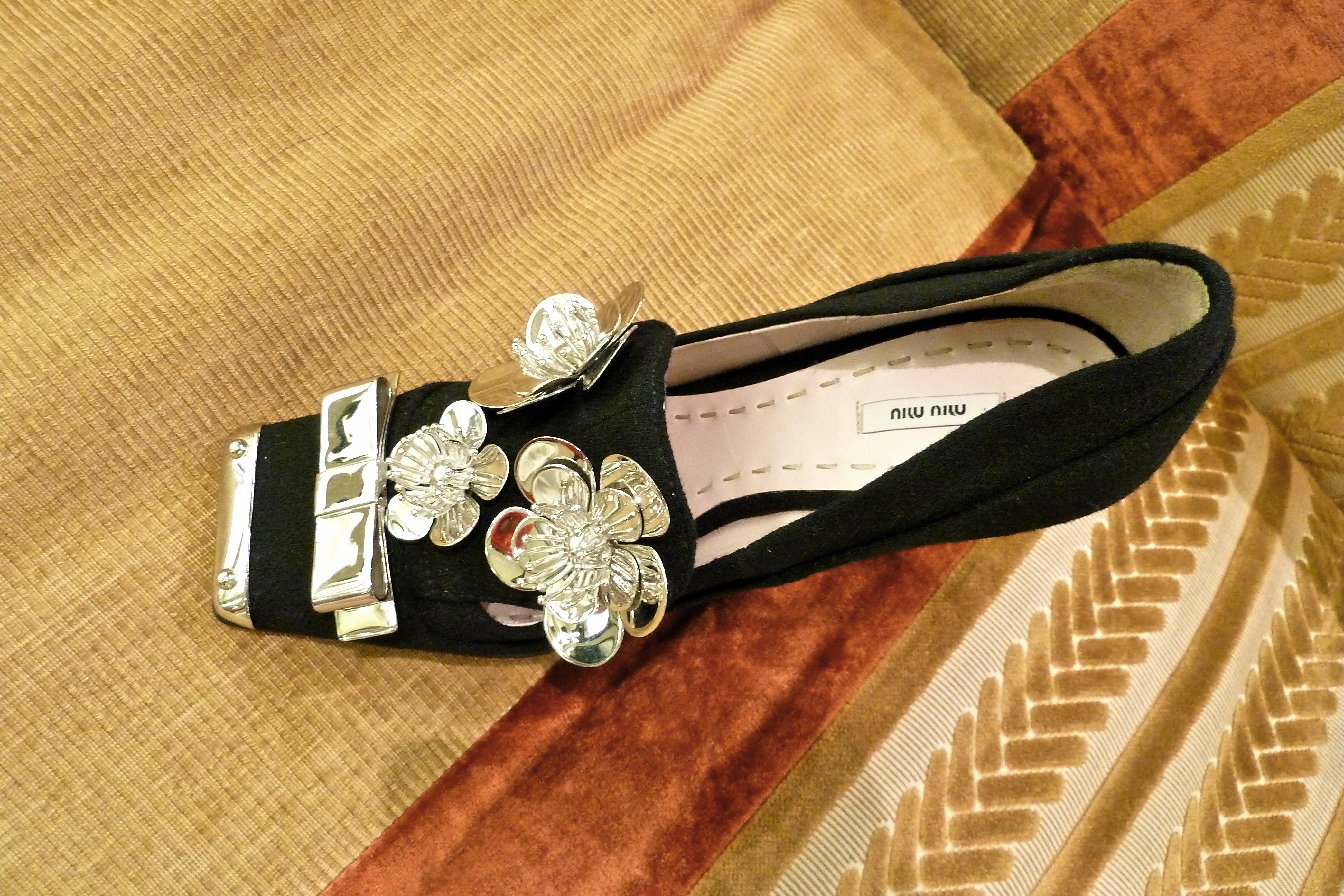 I’m off to possibly overhear more snippets of conversation

(Hope we have a strategically placed table at Quality Meats.