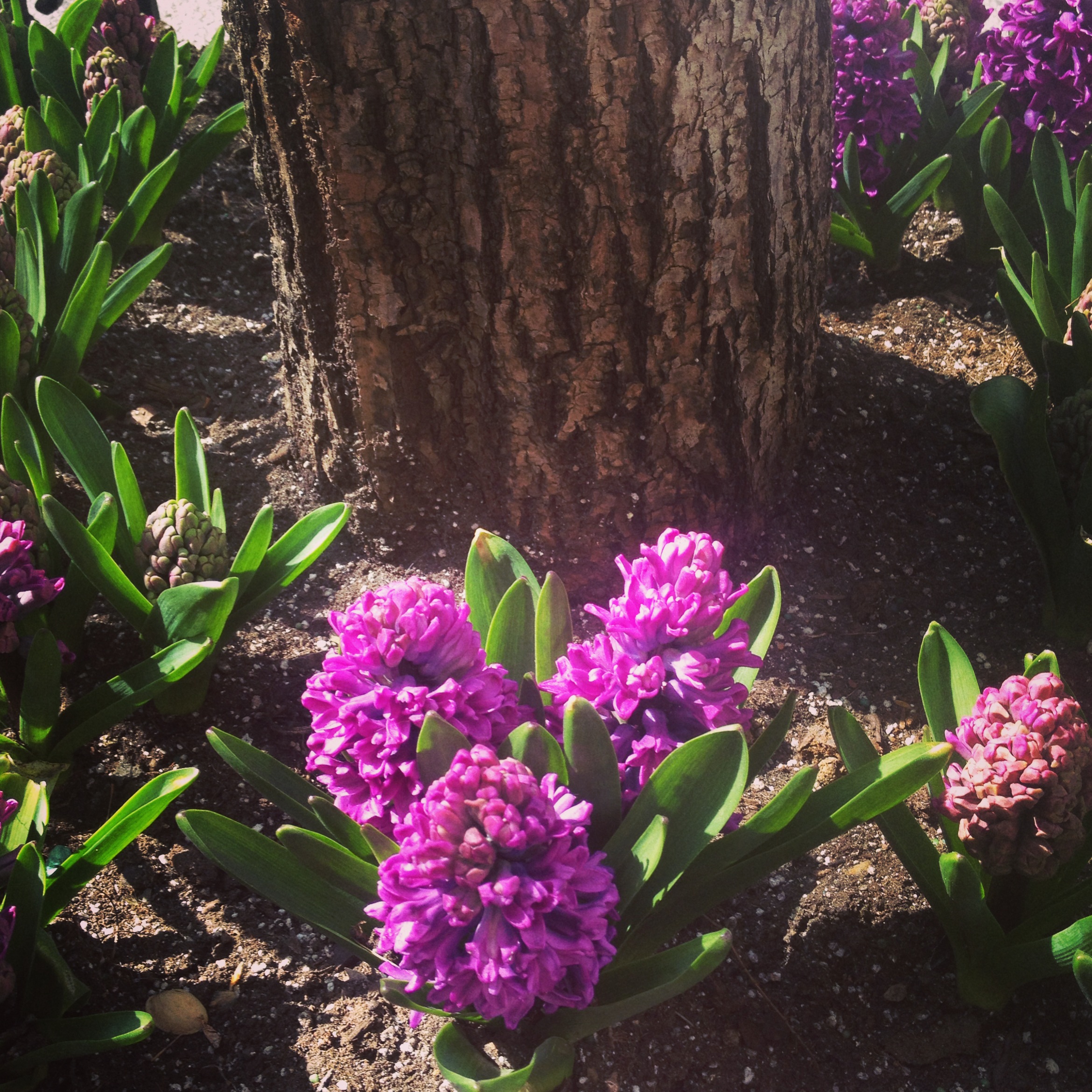 Did you think I’d run off with the Moroccan Circus?!

I do still have one or two Moroccan tidbits I’d love to share, but today’s post hails from NY where I had a lovely visit this week with Older Son,

enjoyed a little theatre (or perhaps I should  say big theatre)

and well, you know the rest… 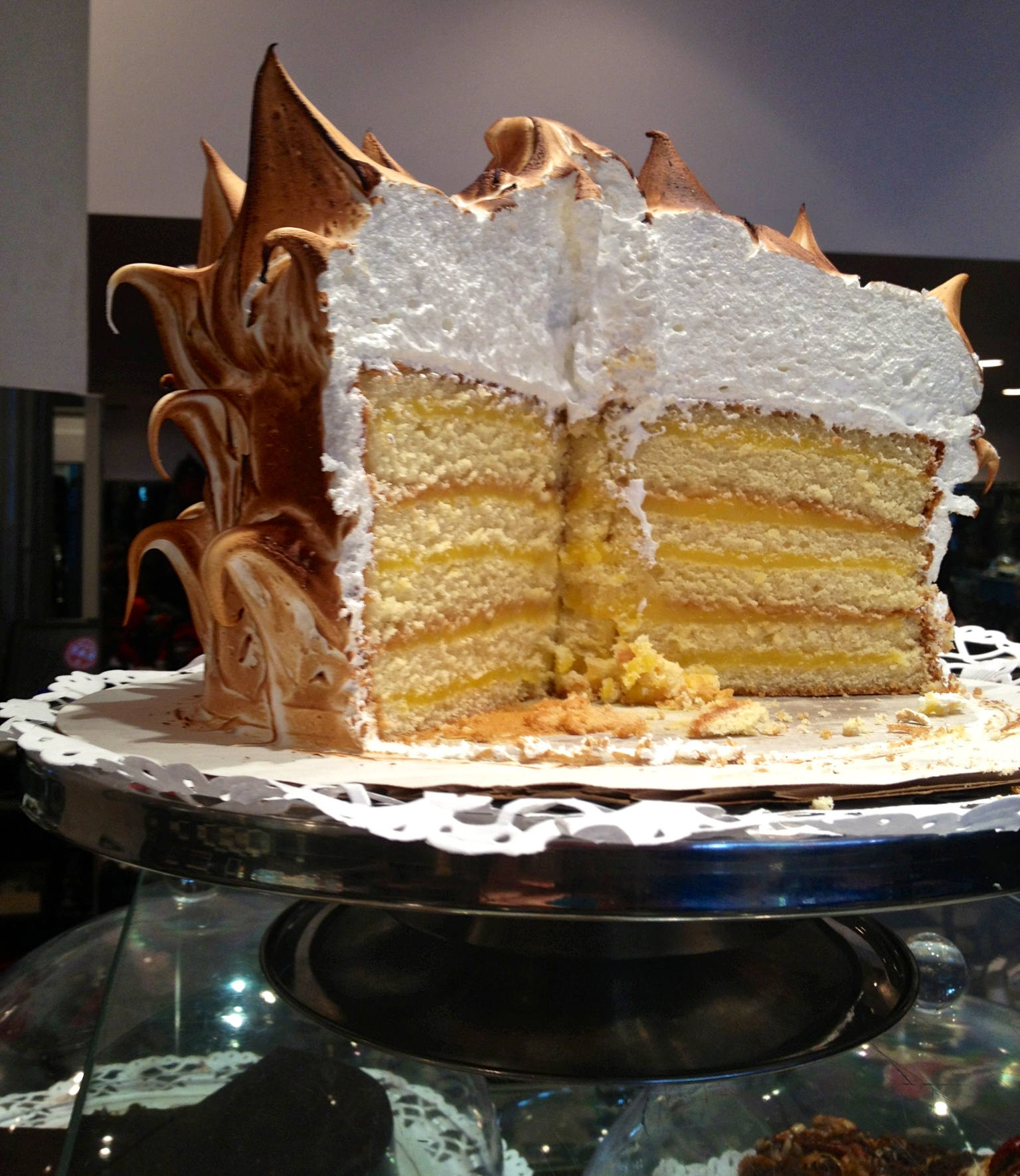 there was some food involved…

but first, the play 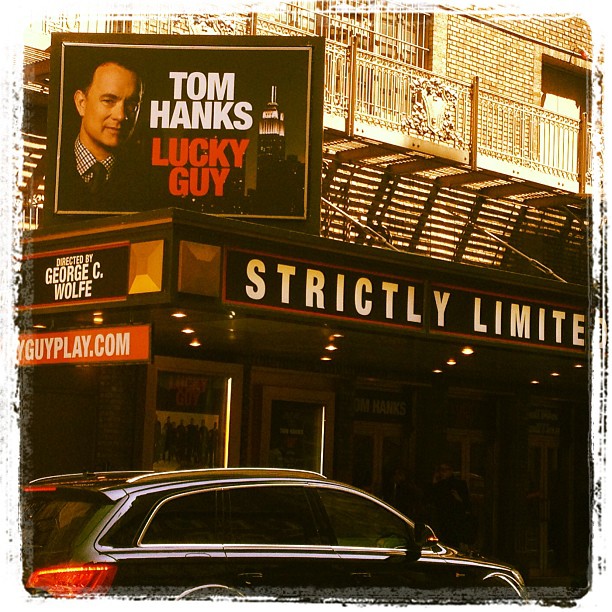 We were lucky enough to attend the opening night on Monday and it was truly electrifying. 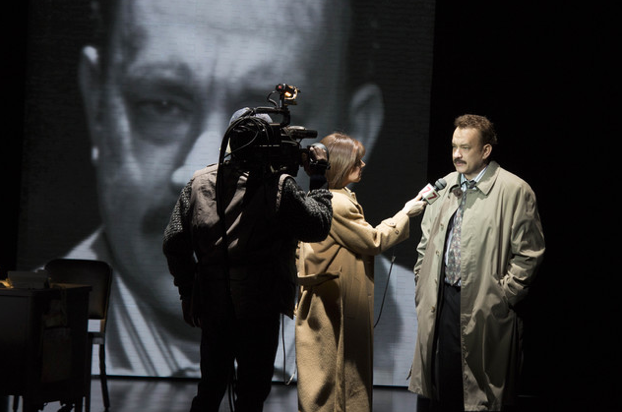 The last work of the brilliant Nora Ephron;

“LUCKY GUY marks a return to Ephron’s journalistic roots in a new play about the scandal- and graffiti-ridden New York of the 1980s, as told through the story of the charismatic and controversial tabloid columnist Mike McAlary, who won the Pulitzer Prize shortly before his untimely death on Christmas Day, 1998.” (via Luckyguy.com) 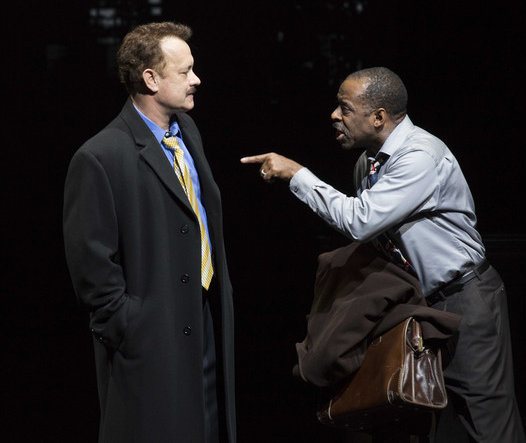 It’s great fun to experience Tom Hank’s first time on the Broadway stage, in fact the entire cast is stellar

so if your plans include a trip to NY between now and June, I highly recommend it.

And what’s a trip to NYC without a little window shopping?! 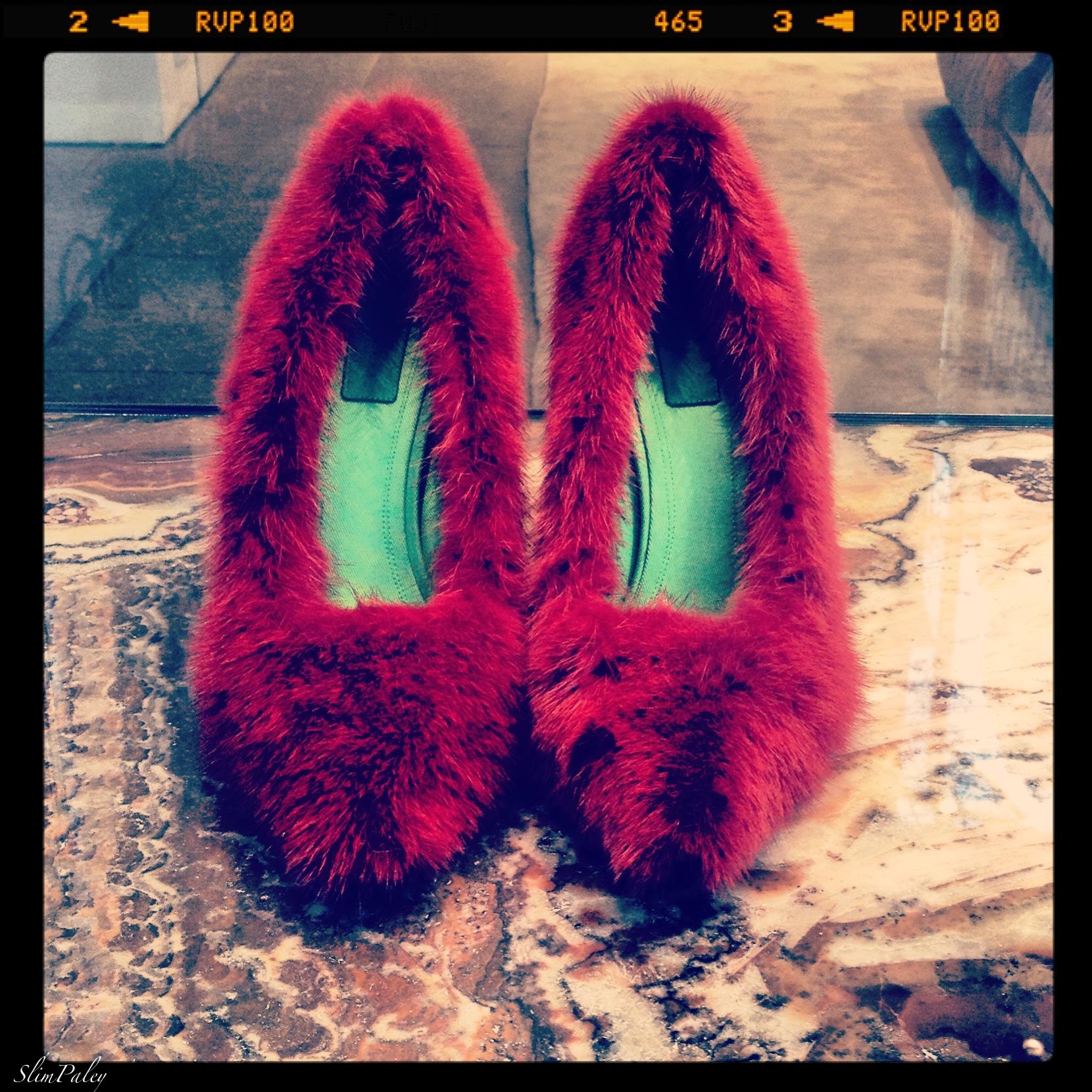 My Instagram pic (following yet?) of the Celine shoes that are starting to grow on me 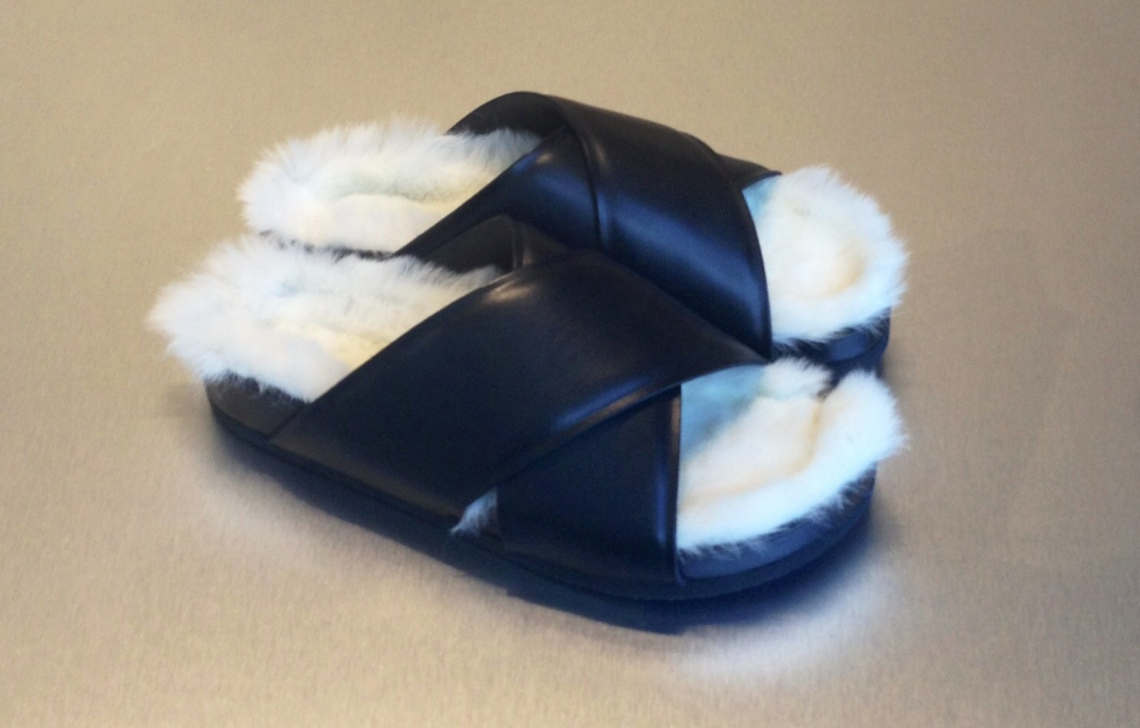 Especially the “Birkenstock” version which FYI is already sold out in the black on black style. 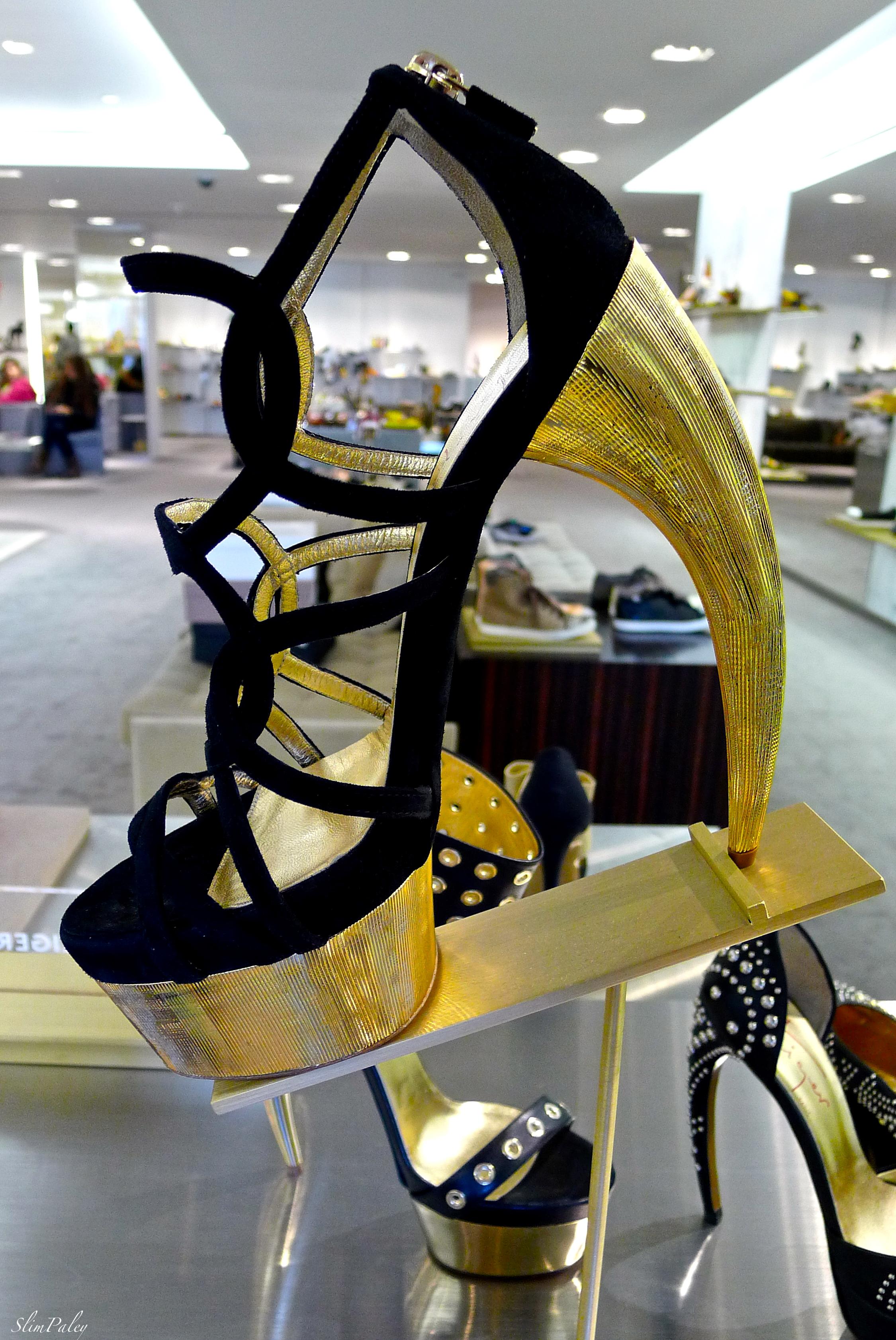 Then there’s this casual little Walter Steiger heel for all you , , Game of Thrones fans

(which I’ve yet to watch because I still haven’t started “Homeland” yet. You see the sacrifices I make for this blog?!)

I snapped the pic in Barney’s, slightly more civilized than the Bergdorf’s shoe department was on Friday 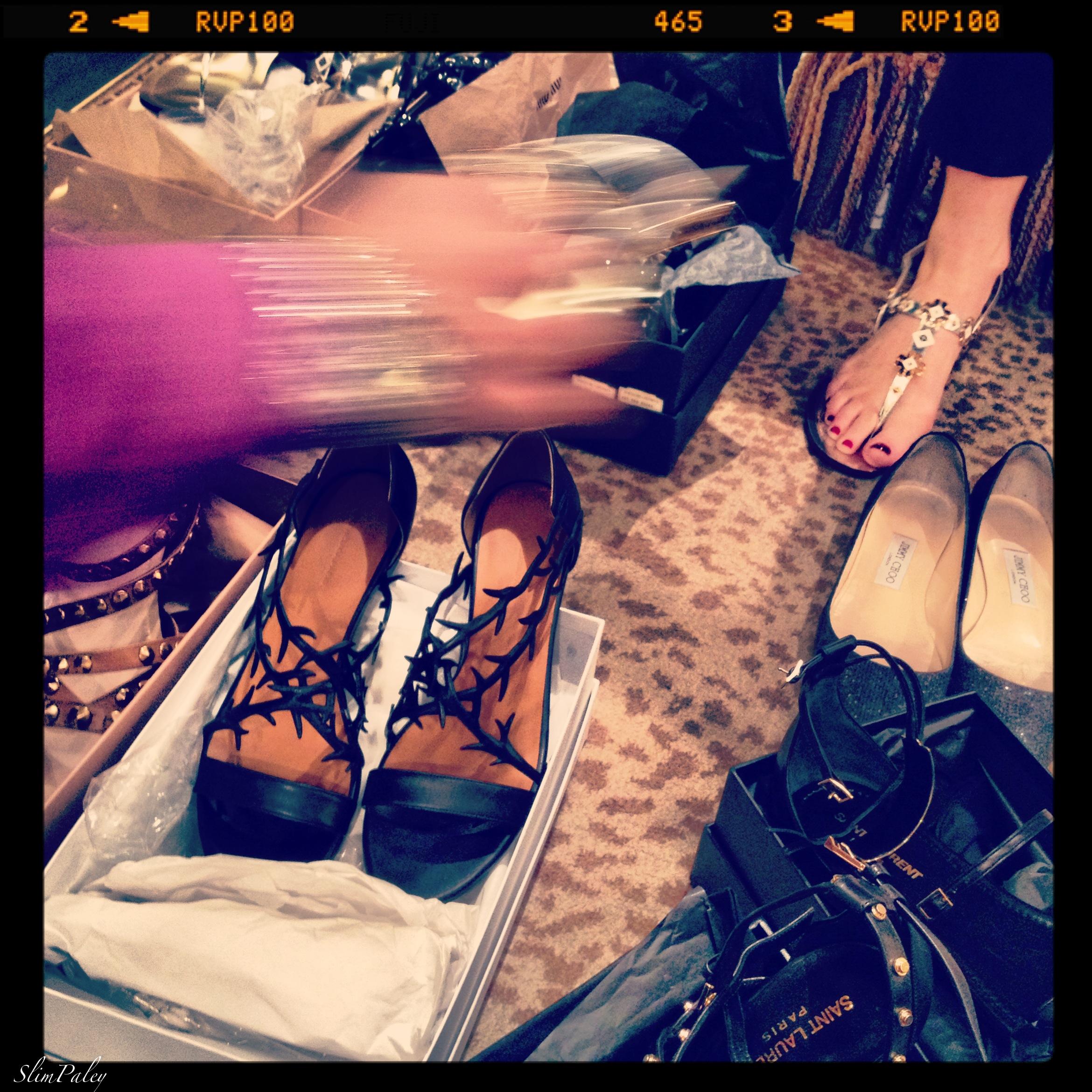 Where it’s every woman for herself (more crown-thorny shoes there too-not in my size :()

And now’s the time for Vegetarians to shield their eyes 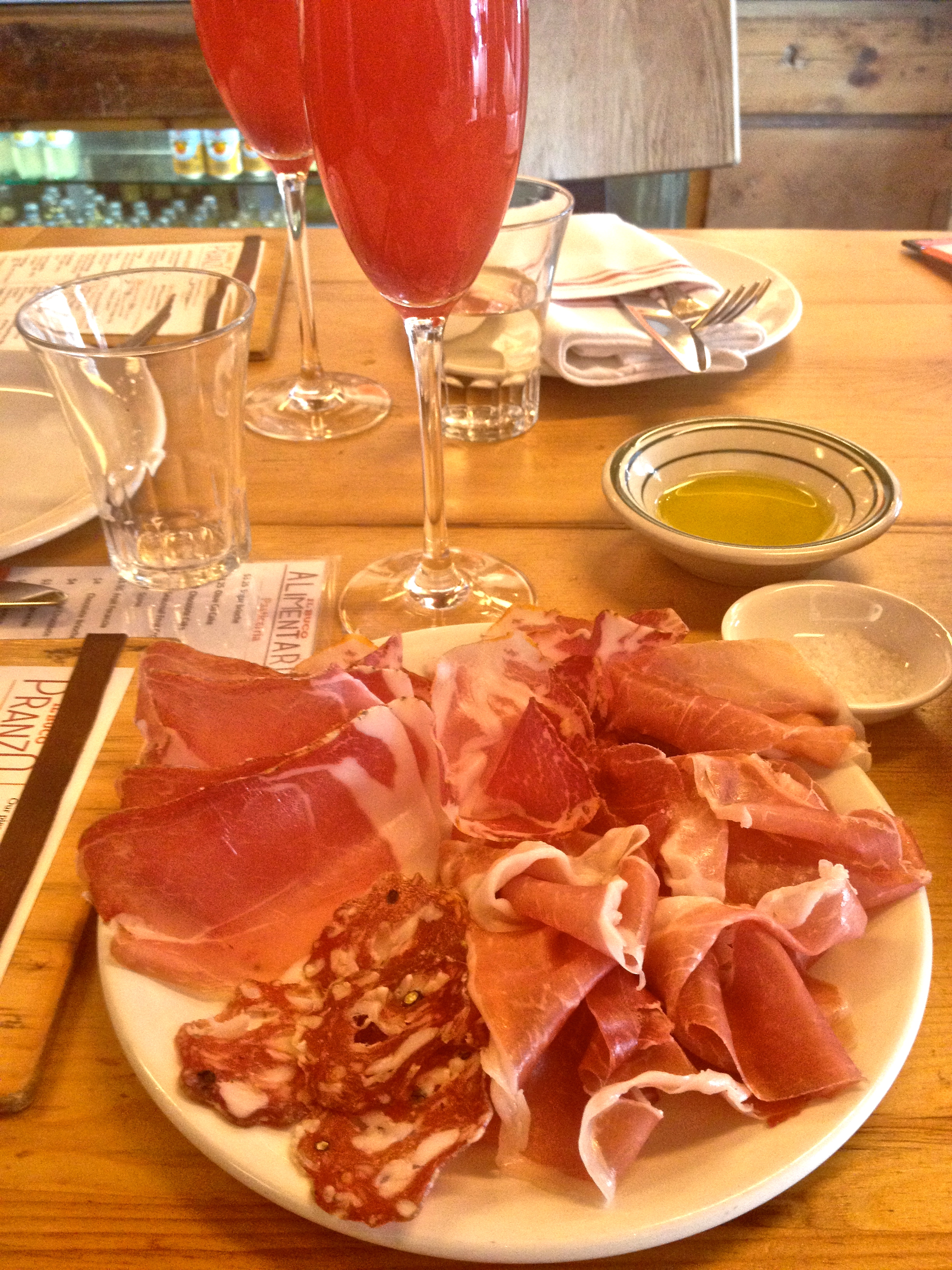 We enjoyed a hearty brunch at Il Buco Alementaria & Vineria

beginning with a most civilized selection of their house-cured meats. 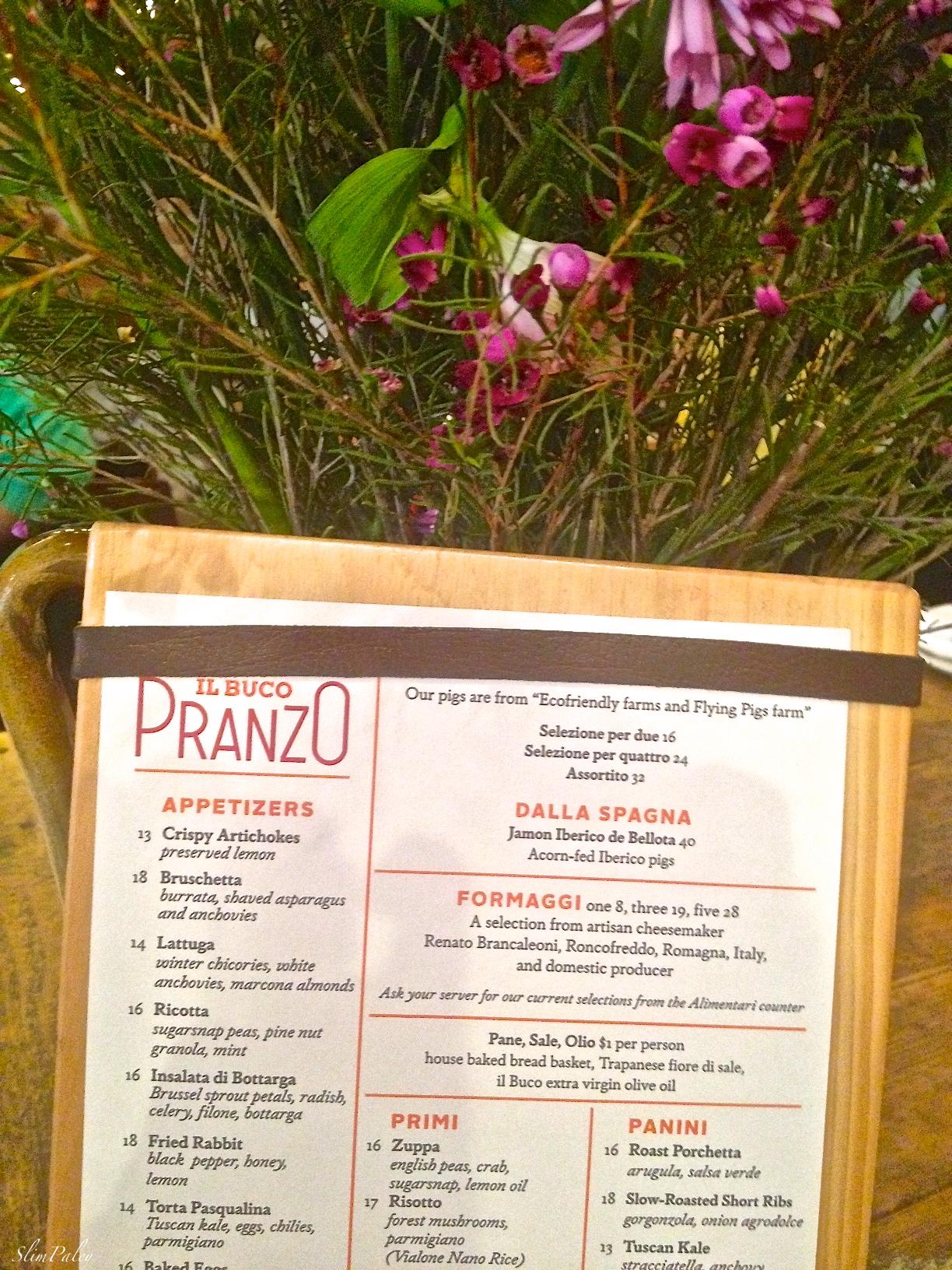 menu board at il Buco 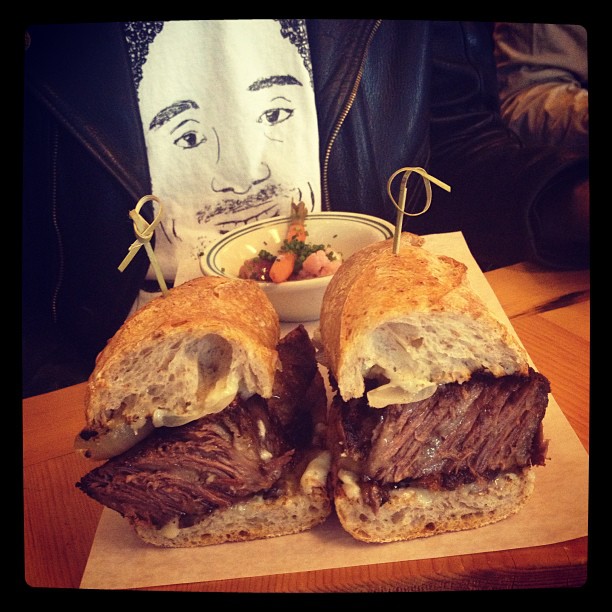 Then Son of Slim threw down with a short rib sandwich that quite frankly did his Momma proud.

Despite its girth, it absolutely melted in your mouth. Like buttah.

er, I mean his mouth.

This is definitely not a First Date Sandwich.

Il Buco is very buzzy and for the most part, dining is shared at communal tables. 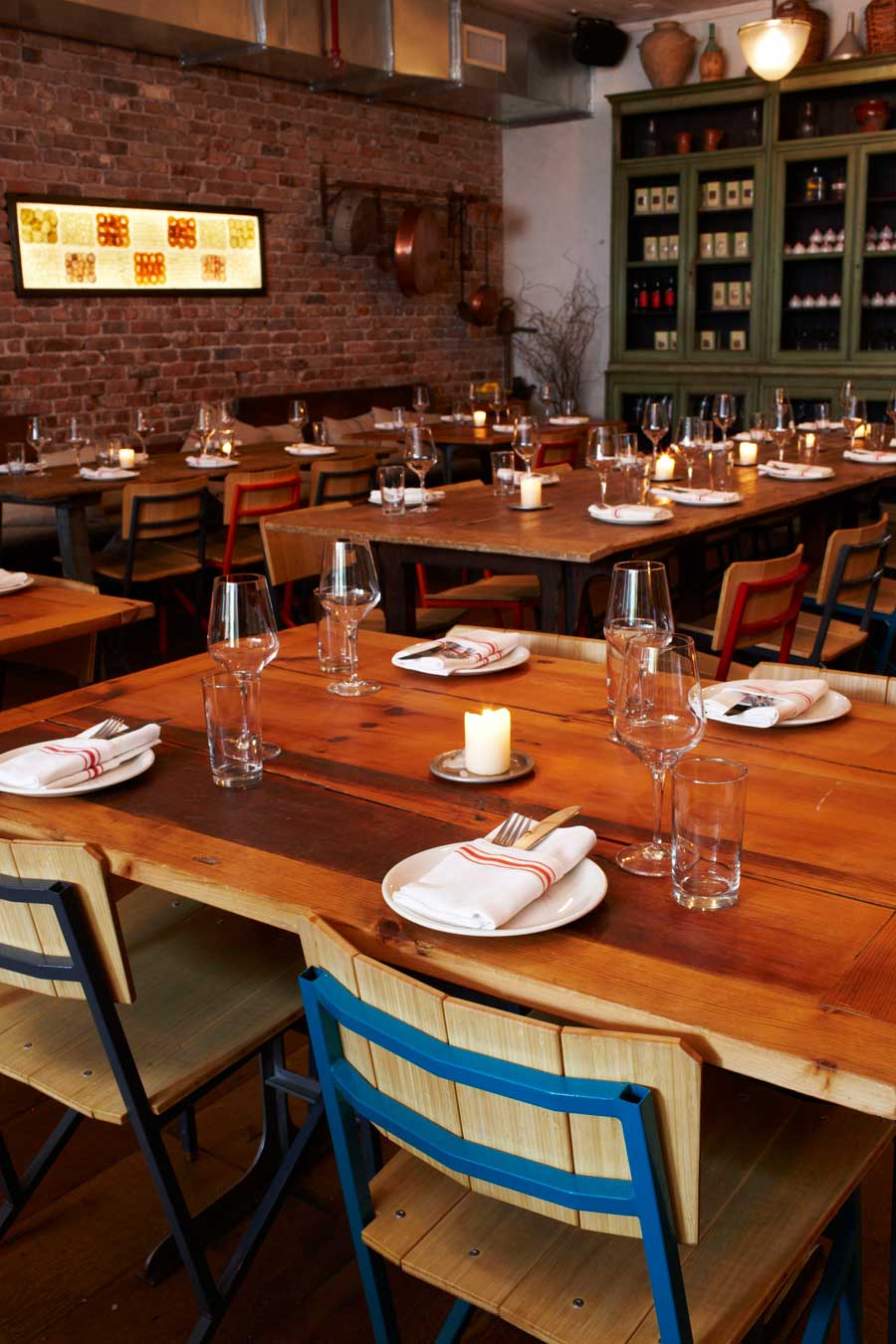 I will mention that the acoustics aren’t the greatest (upstairs seems slightly louder than down) We moved downstairs because I swear a woman at our table was talking to someone in another restaurant-and not on her phone. I felt like we were in a Woody Allen film, but let’s not be ‘Slim Cranky’.  The food’s delicious and service is great.

This was my second visit to Il Buco and I’d definitely go again. 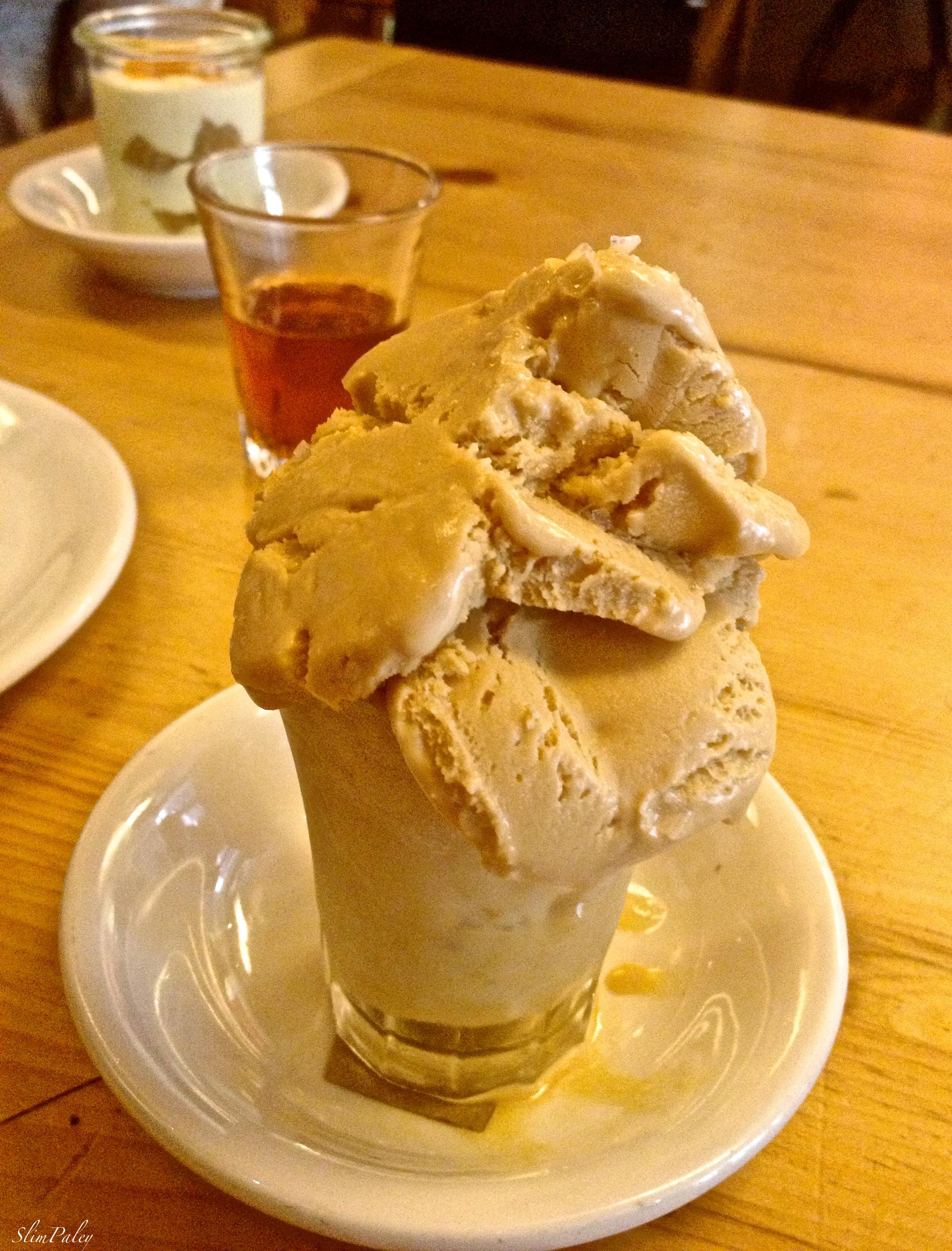 And in the blink of an eye another NY week is over and it’s April already.

Wishing everyone a great weekend and a sweet & happy new(ish) month!

Spring is upon us and I hope to be posting with a little more frequency from now on. Really.

’tis the season of growth and renewal after all, right?