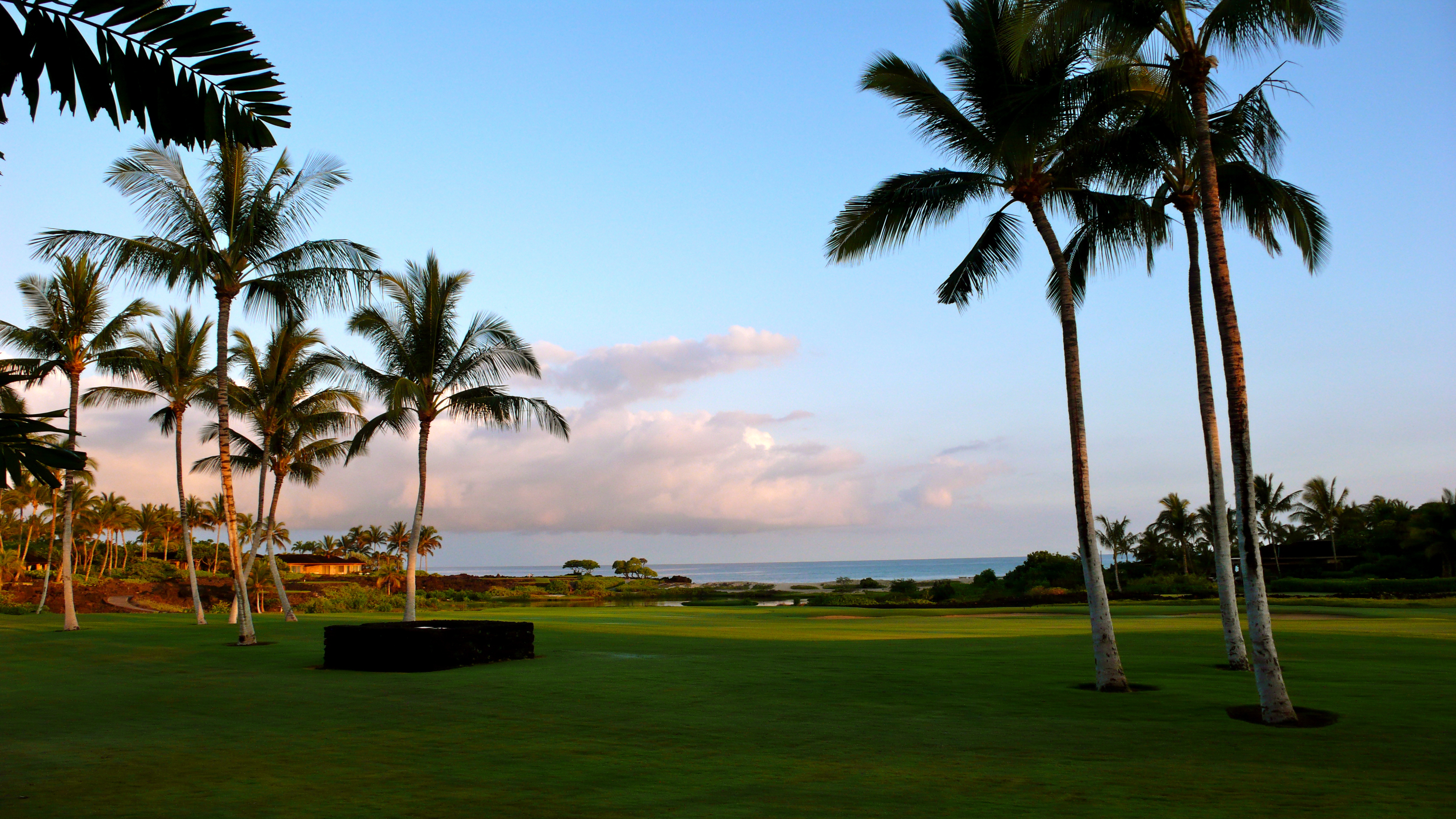 Sunrise on the beach at Hualalai, Kona, Hawaii

Aloha from The Big Island!!  I’m here for one hopefully glorious week with my menfolk.  They are golfing and doing manly things, including getting up early to watch World Cup this morning, hence the photo above.  I hope to do a whole lot of reading, yoga, imbibing of shamefully creamy, delicious drinks whose names I will slyly attempt to use in Scrabble, and not too much else.   Our travel day yesterday was hellish in the extreme. Battling Friday morning traffic from S.B. to LAX spelled a very early departure from home. After sitting at the gate until 10 minutes before the flight was due to leave we learned it was delayed due to maintenance issues. Then, they changed the plane entirely.  A new plane meant completely re-shuffling and rechecking in every single passenger on the full flight. The substitute aircraft had fewer seats, so people were asked to accept $500 coupons and take the next scheduled flight. Had we known we were going to be surrounded by a cast of tiny humans auditioning for ” The Exorcist In Air” we might have considered taking the vouchers.  All I can say is I’m thankful I taught my boys manners enough to not say anything to other people who aren’t doing the same.  OK, I have to say this too; WHAT THE @#*&(%$ ARE PEOPLE THINKING??!! 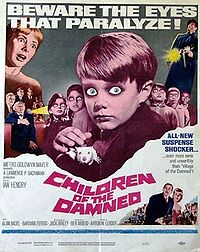 But all that’s behind us now (other than the pathetically useless email I’ll be sending to Amercian Airlines, booo hiss)

OOHHMMMM…I’ve already done a PiYo class (for the uninitiated including me, up until today, that’s Pilates and Yoga combined)  But more on that later.

Israel Kamakawiwo’ole- Some nice Hawaiian Over the Rainbow… 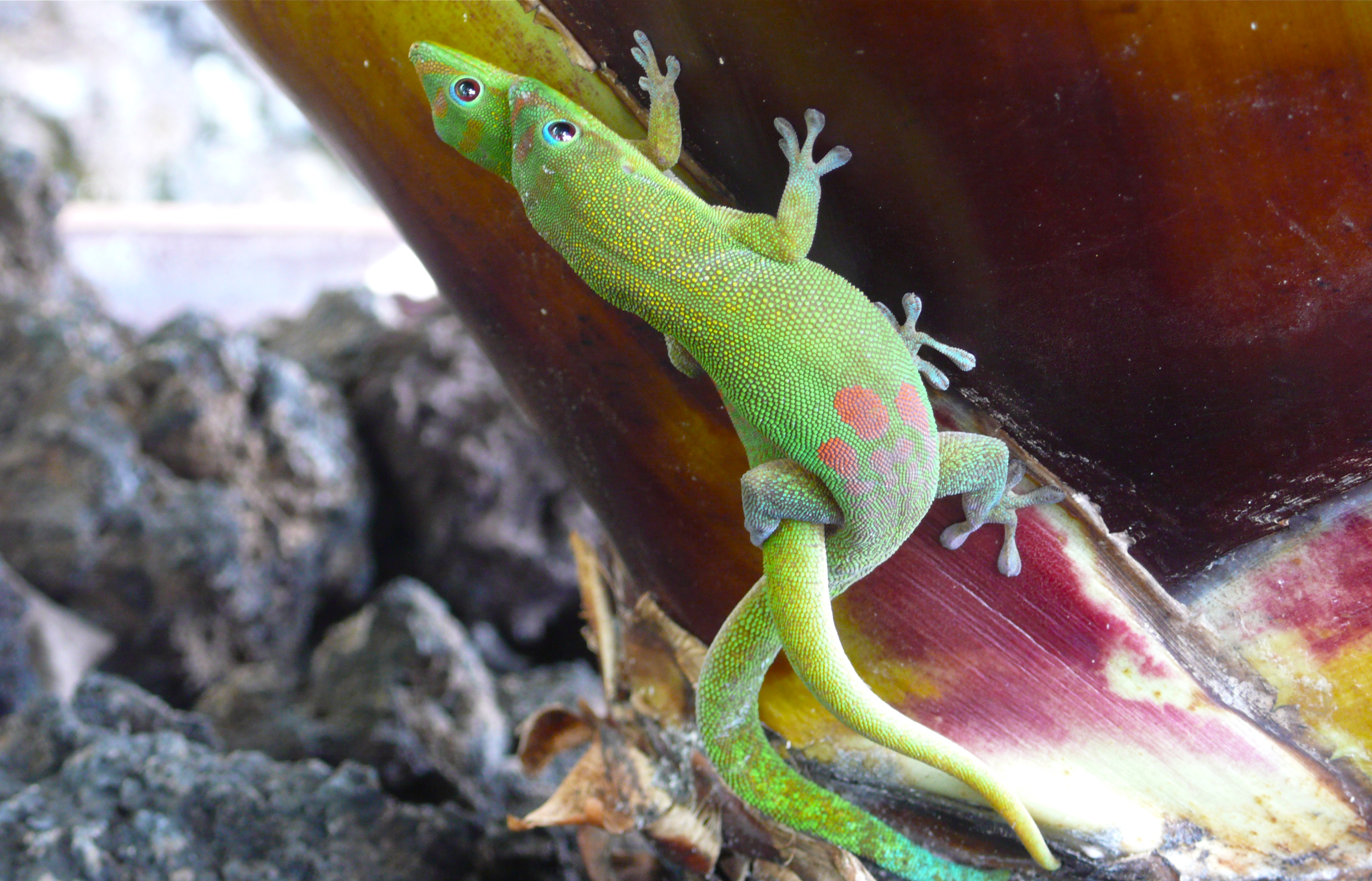 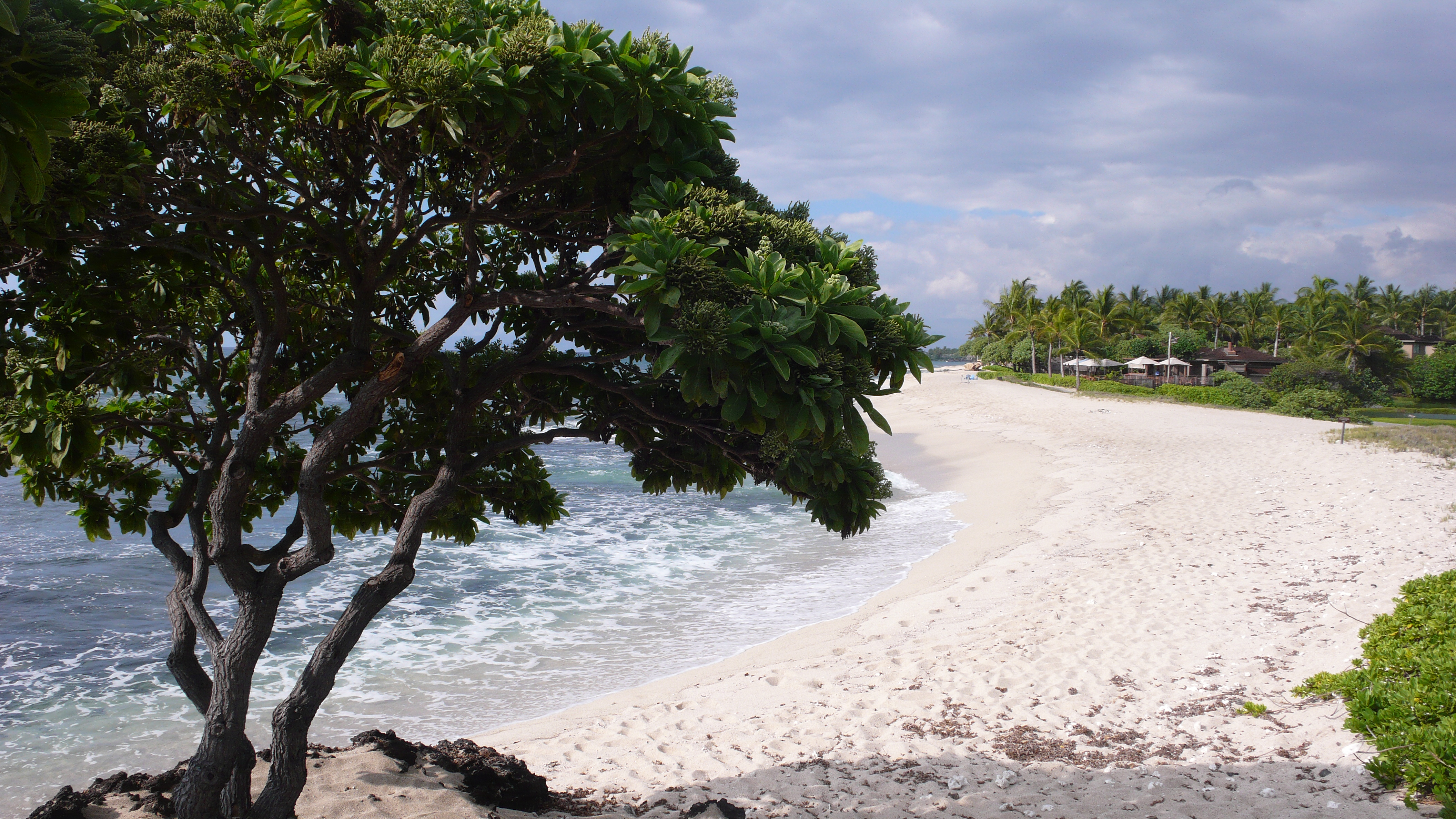 I brought several books with me;  “Byron In Love” by Edna O’Brien, “Growing Pains, The Autobiography of Emily Carr“, “Colombo Heat” a novel about Ceylon in the dying days of the Empire by the author of The Killing Fields, Christopher Hudson, and “Nature & Nurture; The Art & Science of Living The Good Life” by Brad Woodson. I have no idea where this book came from but it was small and in the bookcase outside my bedroom so I grabbed it.  I also figured out how to download all the books from my Kindle onto my iPad – Look at me, all growed up and technical! 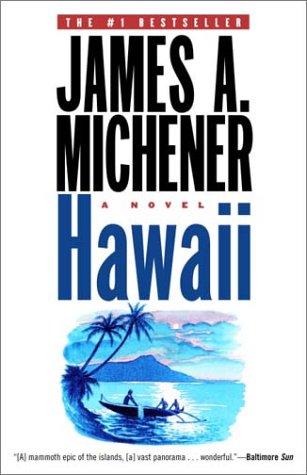 Have you ever actually read Michener’s “Hawaii”?  I have.  Really, I did! and I loved it.  As Michener novels go, this one is relatively light on the geographical, dinasoury stuff at the beginning and although it’s a beast (over 960 pages) once you get past the early chapters (no cheating- the book police are over your shoulder) I remember it being hard to put down.  People, I’m embarrassed to admit it but I read “The Help” last year (see November posts) and didn’t love.  I feel like I’m the only one and no doubt we’ll hear they’re making the movie any day now but there you have it. 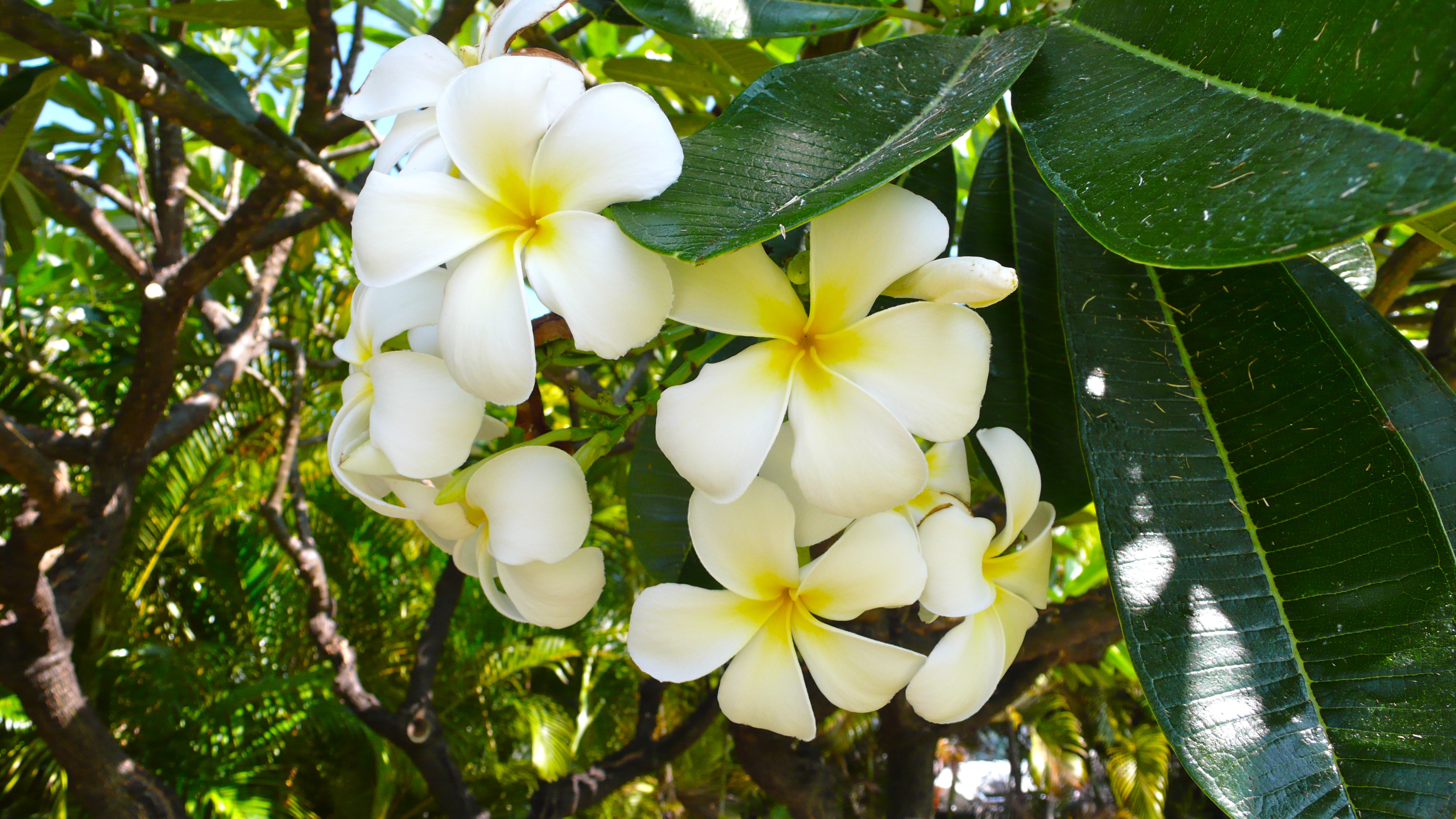 I believe these are Plumeria Trees, but I’m not sure.  I can’t get over how they thrive so profusely here, jutting out of all the black volcanic rock. I wish for the 100th time I could add scent to my posts! 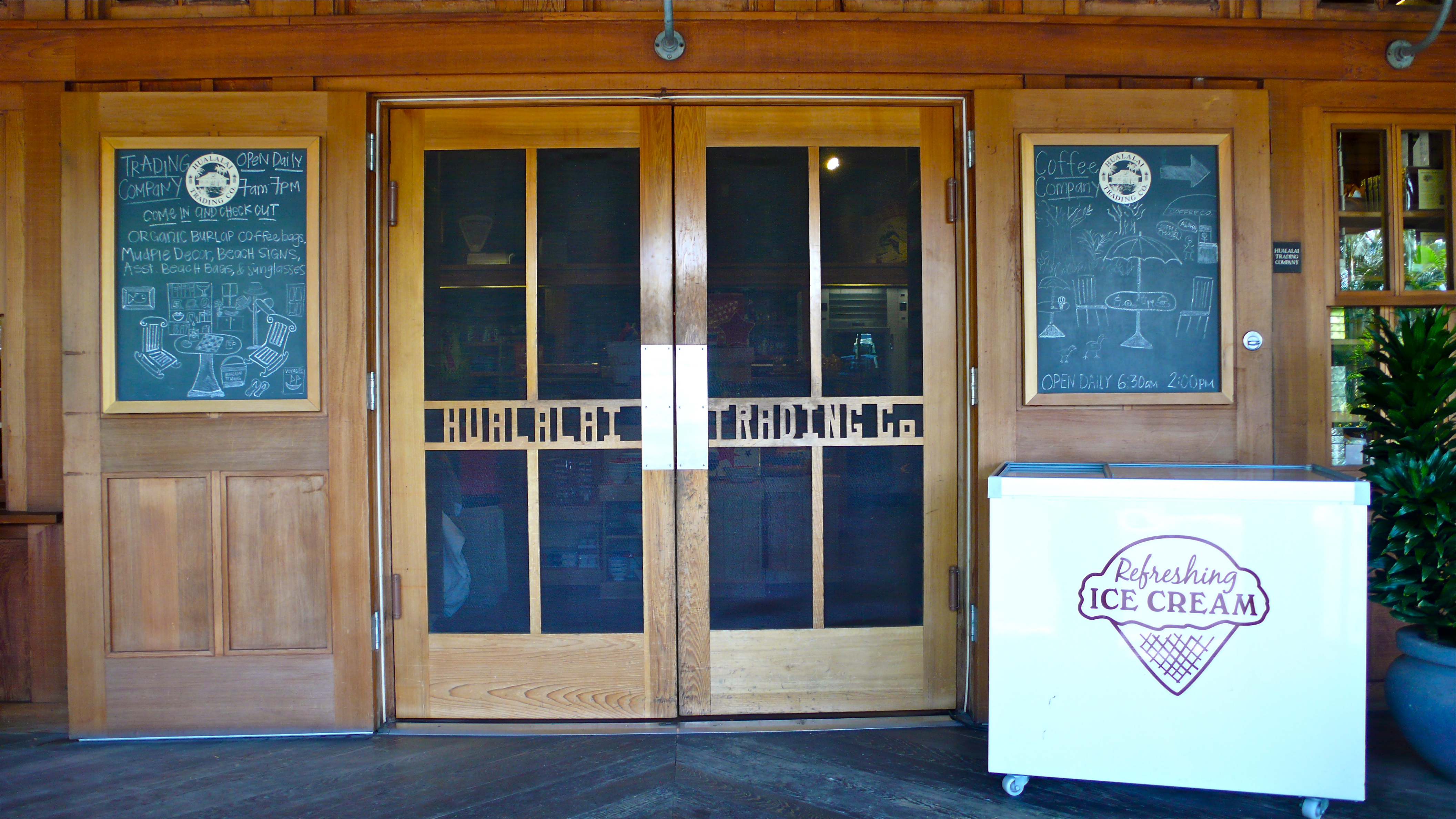 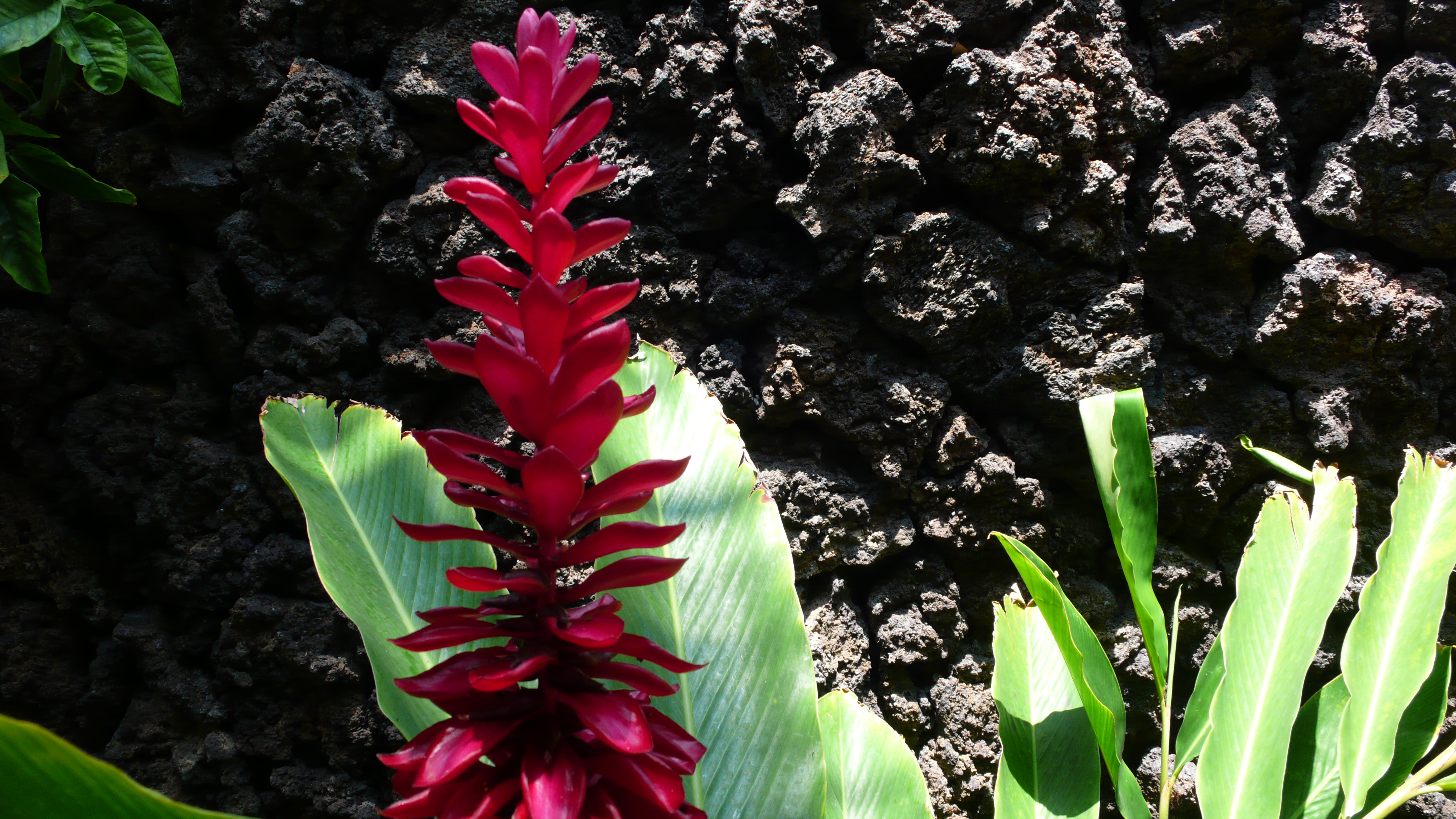 More gorgeousness growing out of rock!. 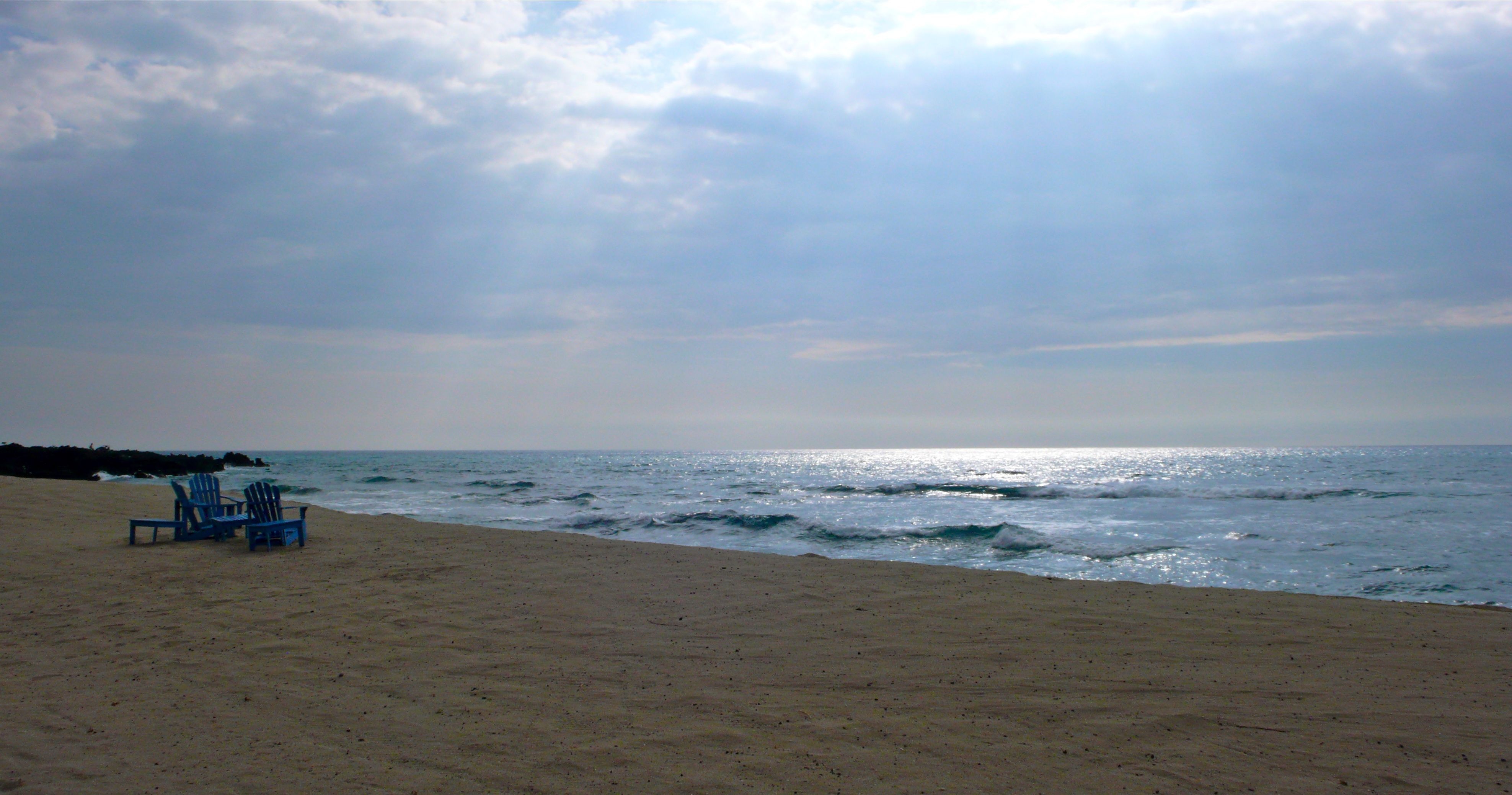 Time You Enjoyed Wasting, Is Not Wasted Time

I’ll check back in in a couple of days 🙂

Have a wonderful Weekend Everyone!