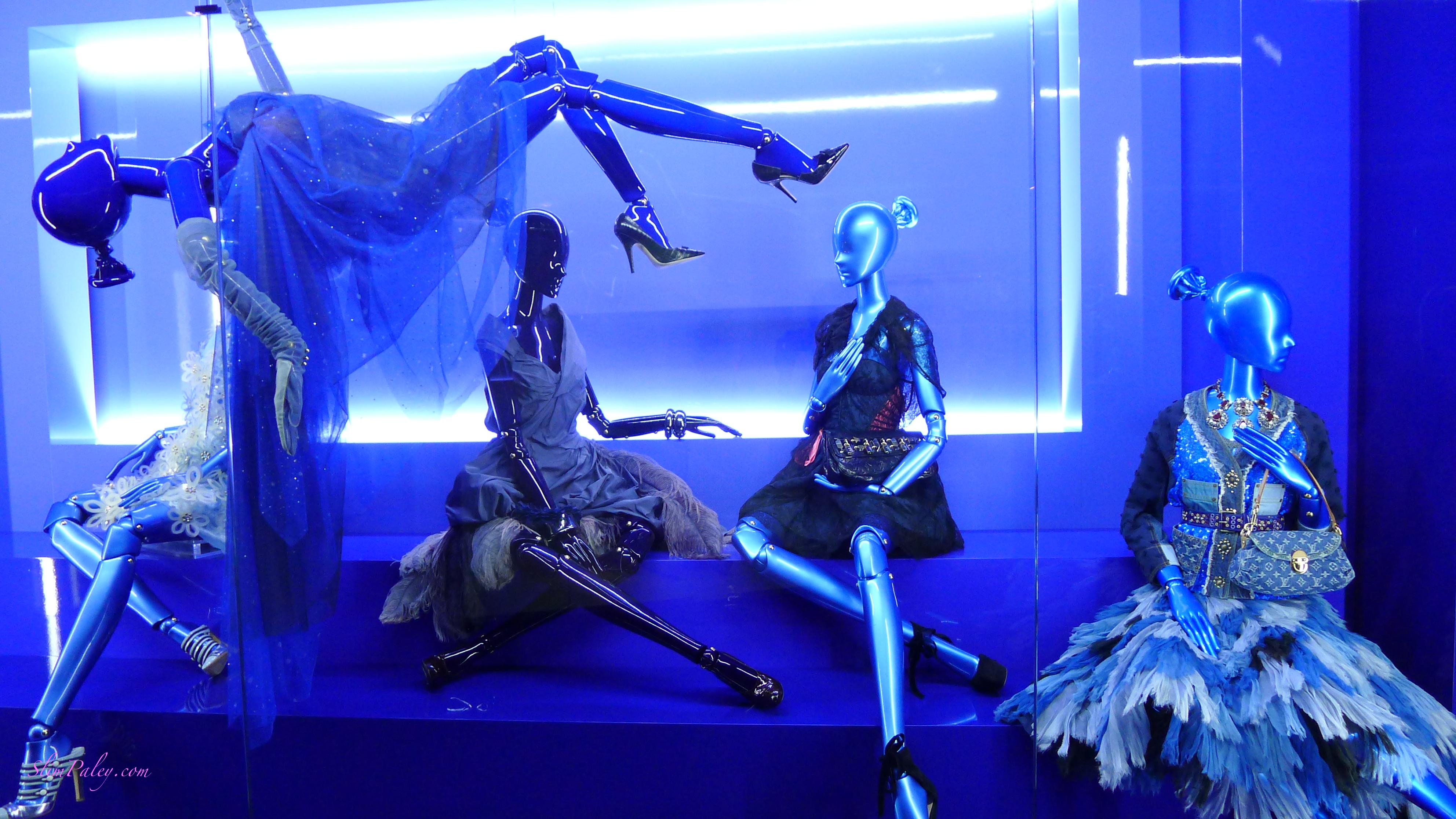 I had the wonderful opportunity in Paris last week to sneak away with a couple of girlfriends to take in the Louis Vuitton-Marc Jacobs exhibition at Les Arts Decoratif.

Although I never got the chance to see the Alexander McQueen exhibit at the Met (missed it by one day, not that I’m bitter)

I did see the Princess Grace exhibit in London and I must say the “Louis” show is far superior. 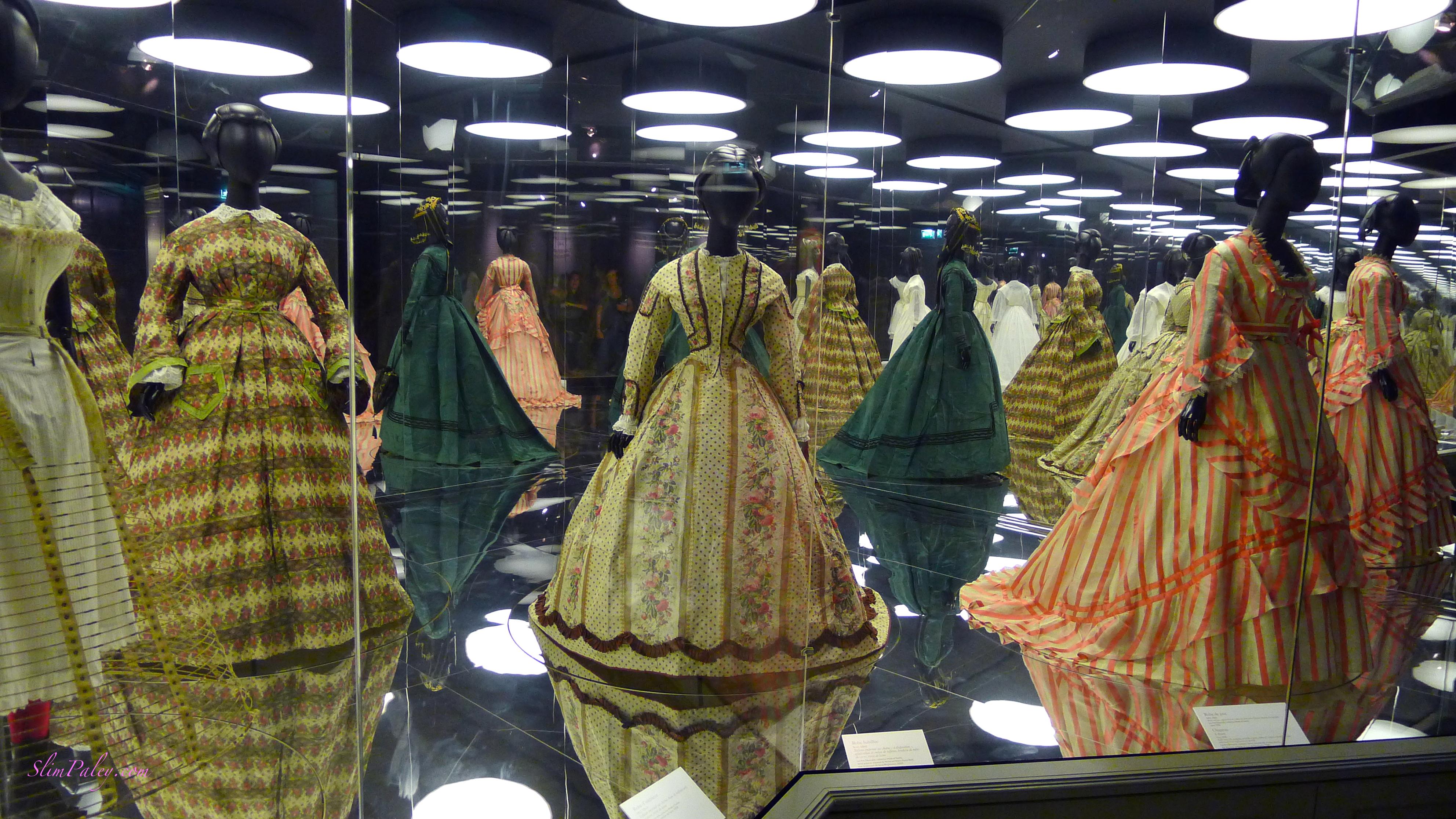 While my menfolk were climbing the stairs of la Tour Eiffel, we girls were engaging in some good old fashioned Fashion New vs Fashion Old chat, 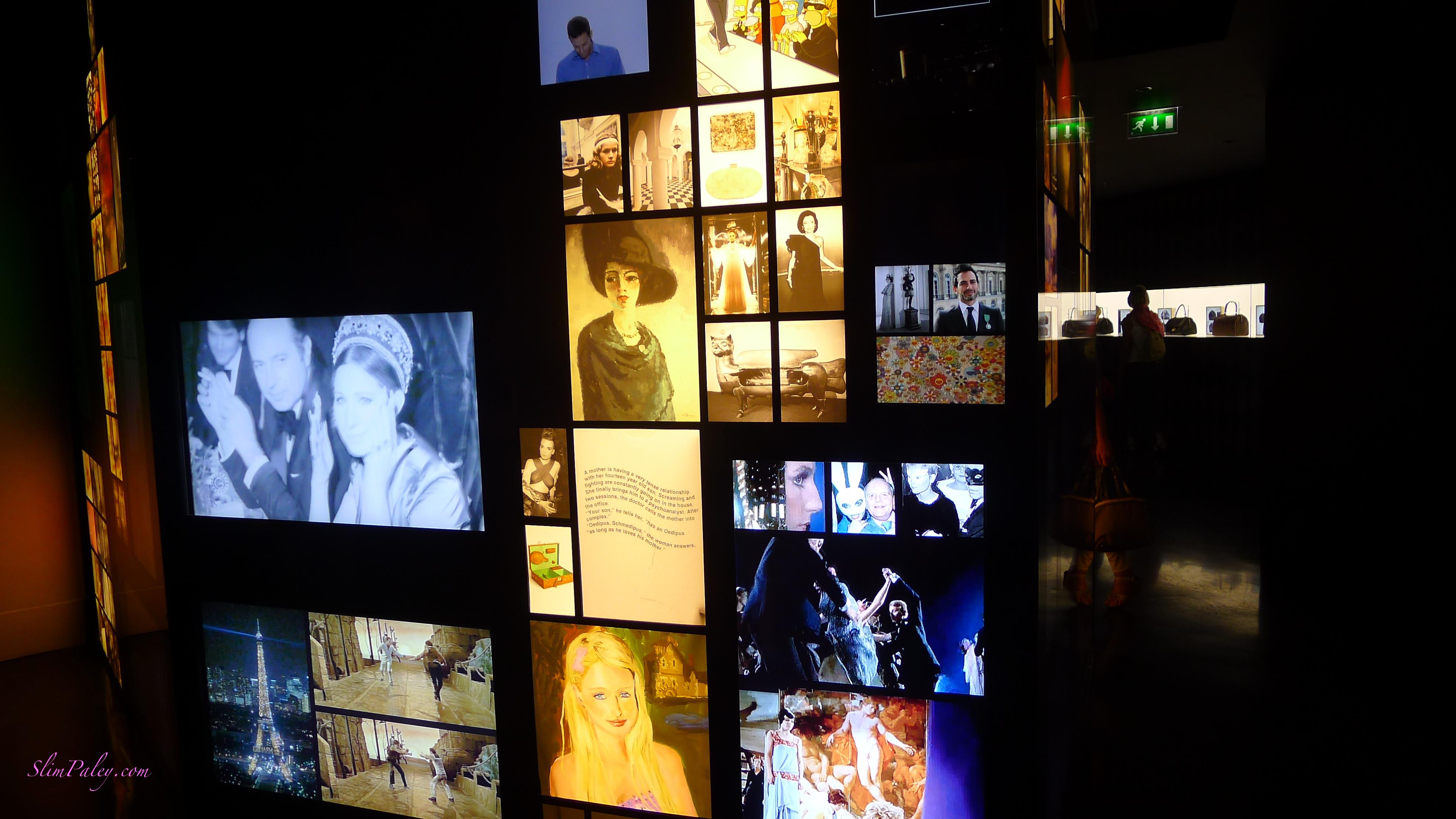 Several walls covered in video screens bombarded your senses with cultural icons, film clips and the multitude of ways in which Jacobs, in his role as designer for Louis Vuitton, is inspired.

Definitely one of the highlights of the exhibit. 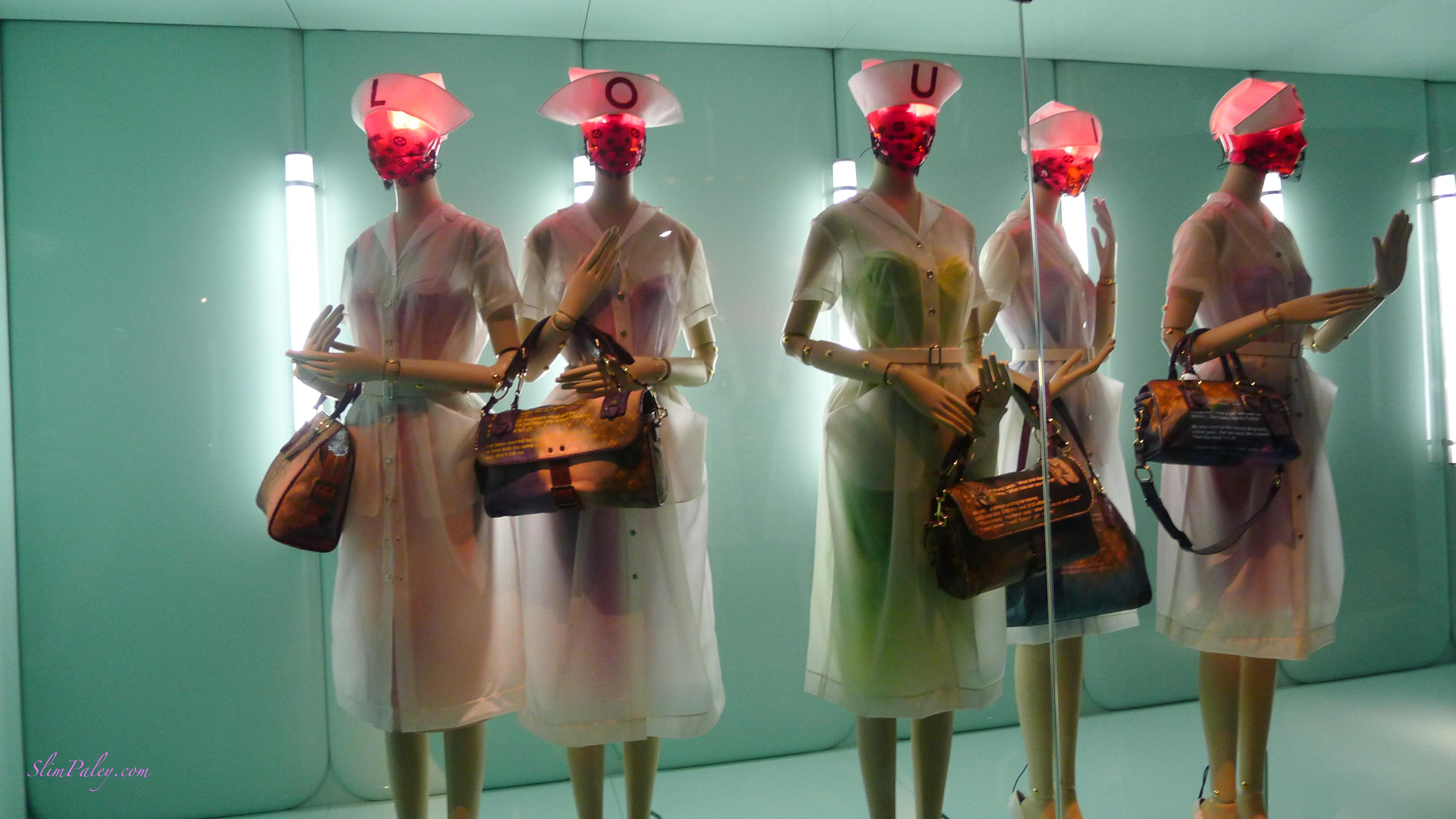 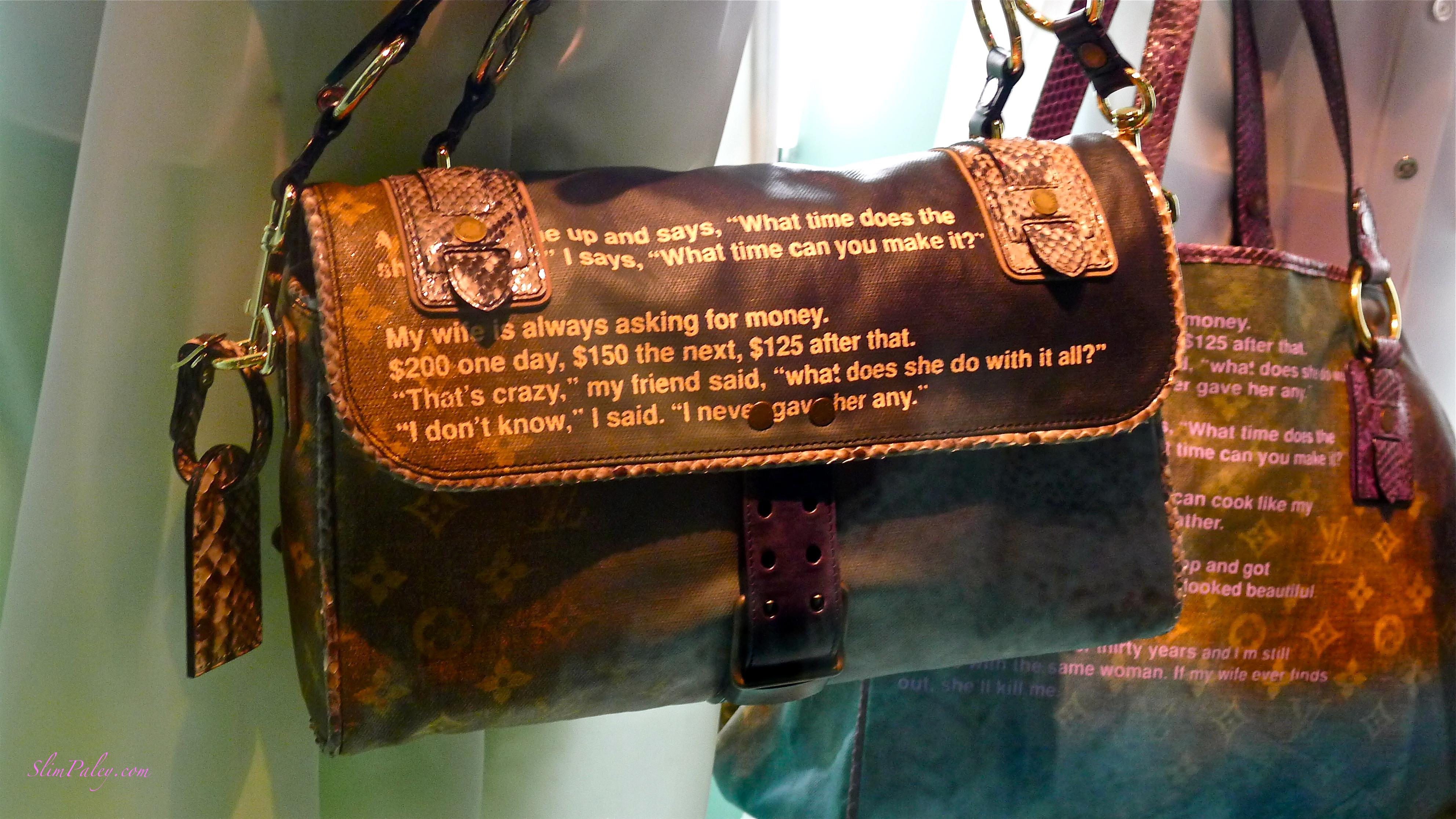 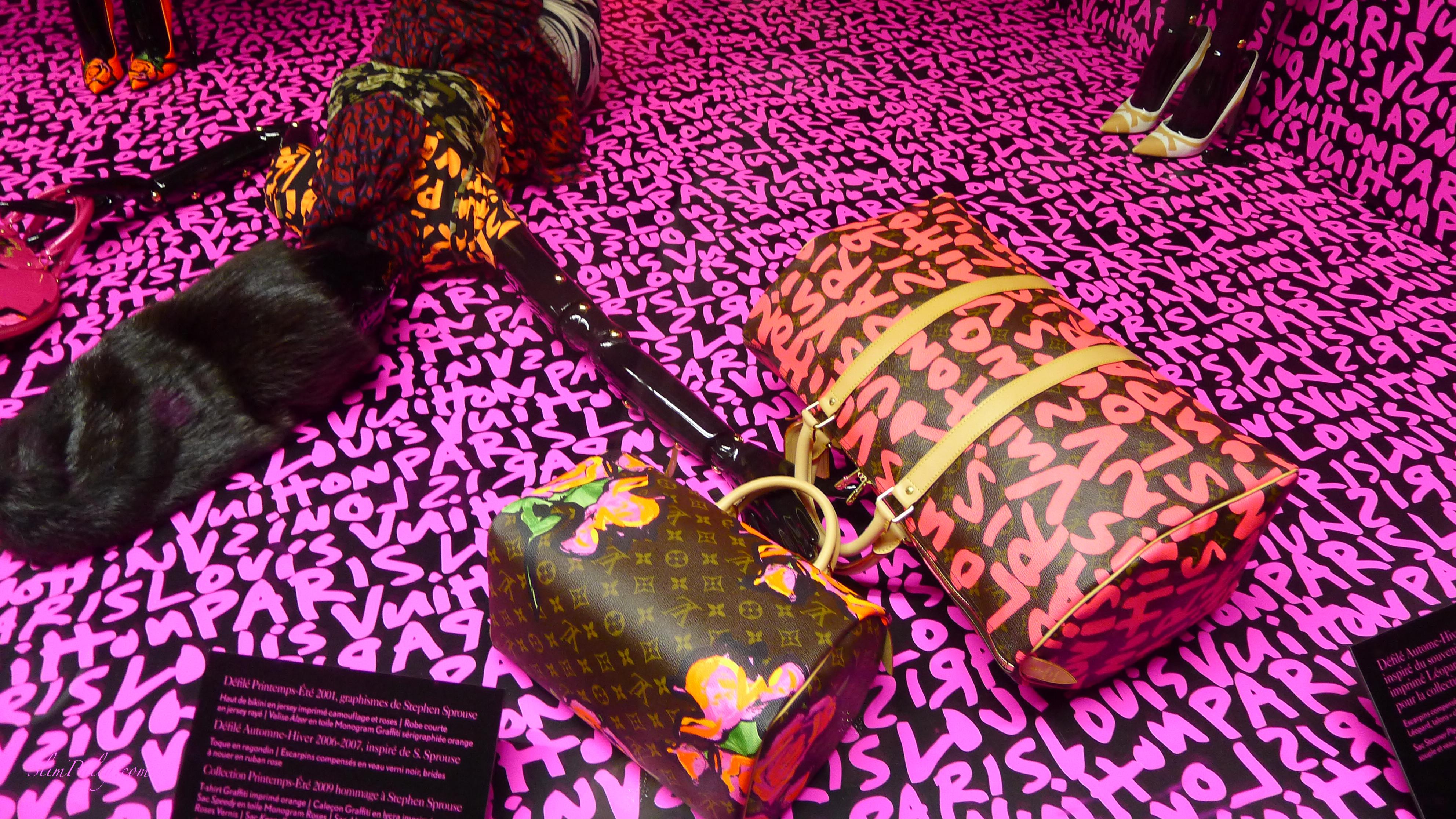 Funny how the Steven Sprouse collection already feels like a total blast from the past. 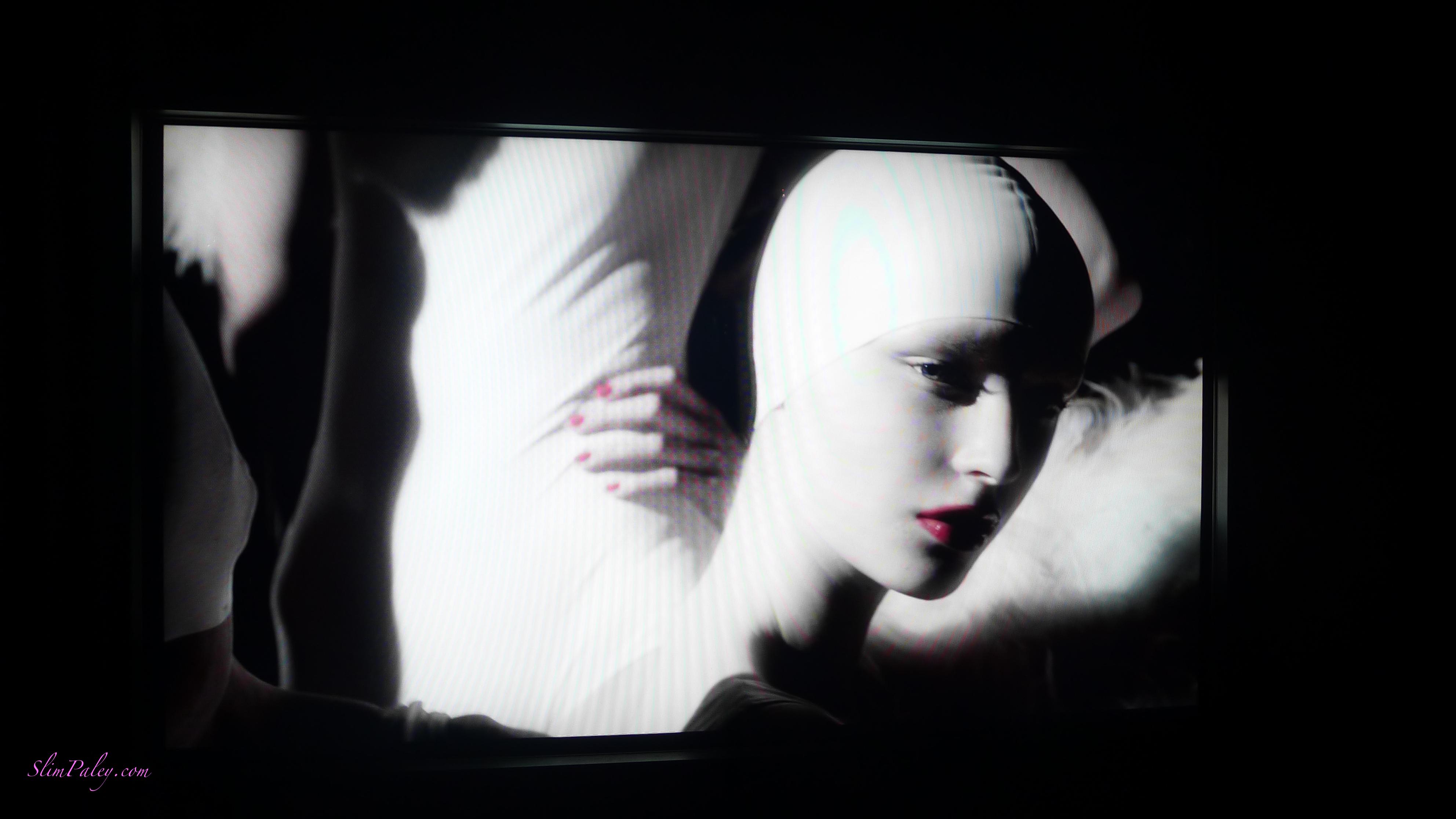 Fan Dance Video  from the exhibition

you know the one I posted the morning before I went to this exhibit!

(hate when that happens) 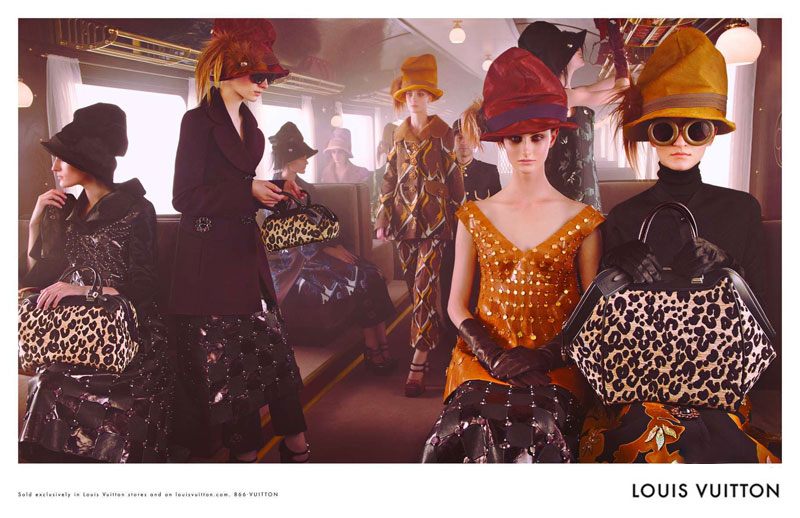 who truly appreciate over the top luxe decadence & glamour. 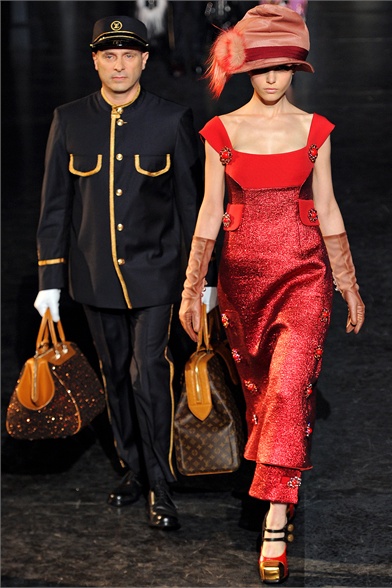 Although hardly befitting my lifestyle-as I live in the land of sweatpants & Uggs, and though I often bemoan that fact, I’m guilty as charged 🙁

Still,  we can all dream. 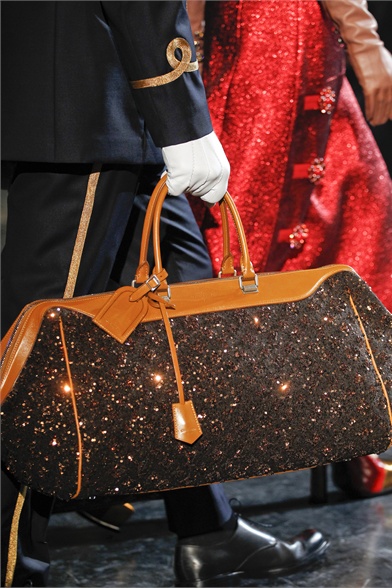 One does need someone to carry this to prevent snagging One’s coat on the gems, duh 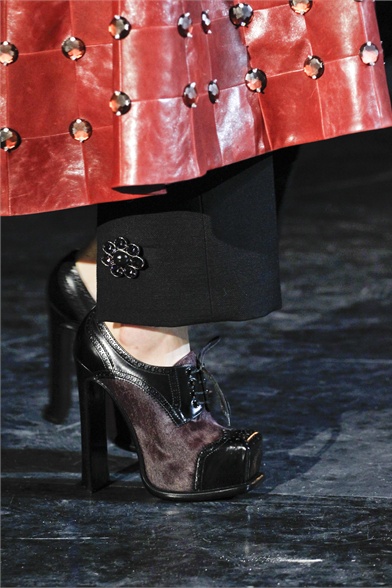 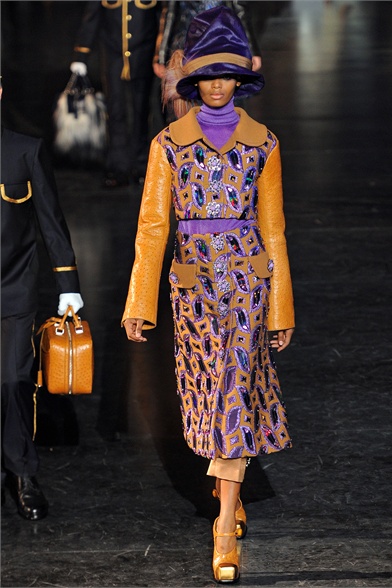 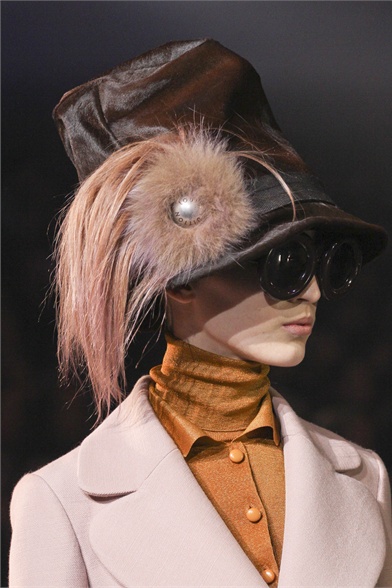 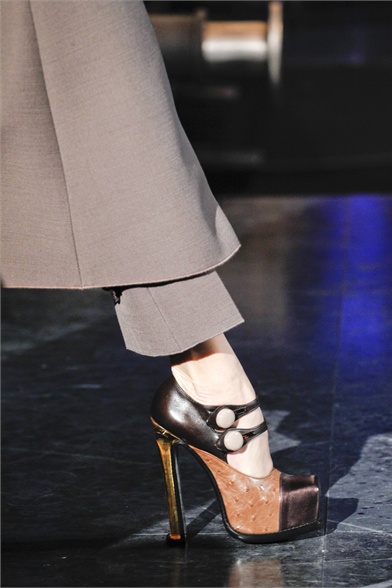 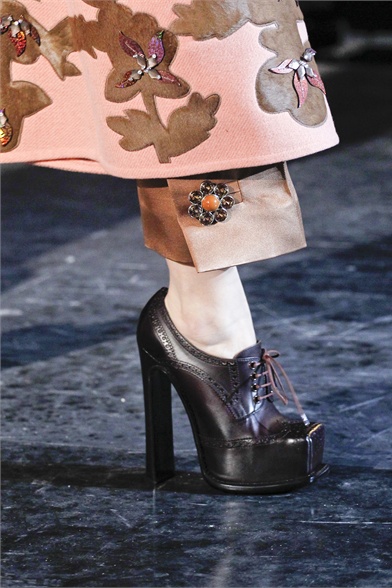 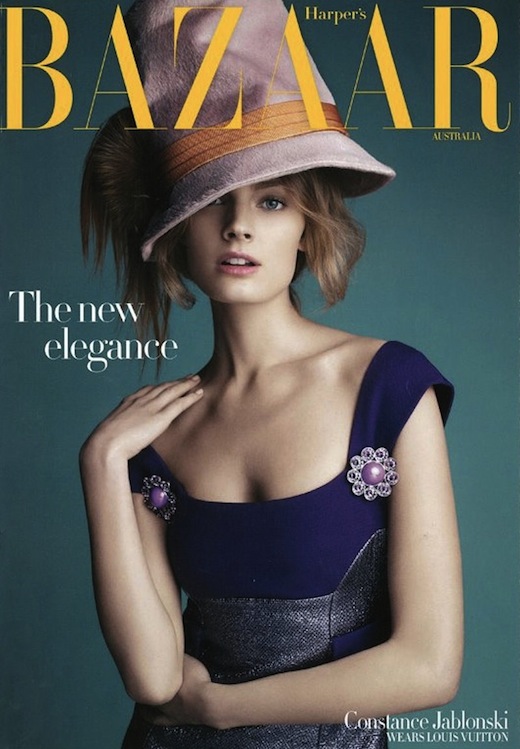 with Marc giving a little explanation; 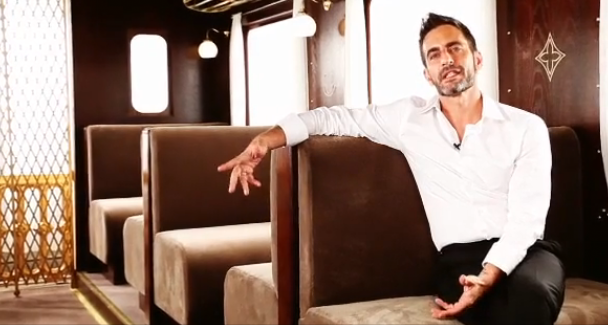 This is really quite beautiful, please take the time to watch!

Amusez-vous and we’ll rendezvous on the train platform, oui?

I’ll be appearing from amidst billows of steam, right below the giant clock as the last whistle blows hauntingly…