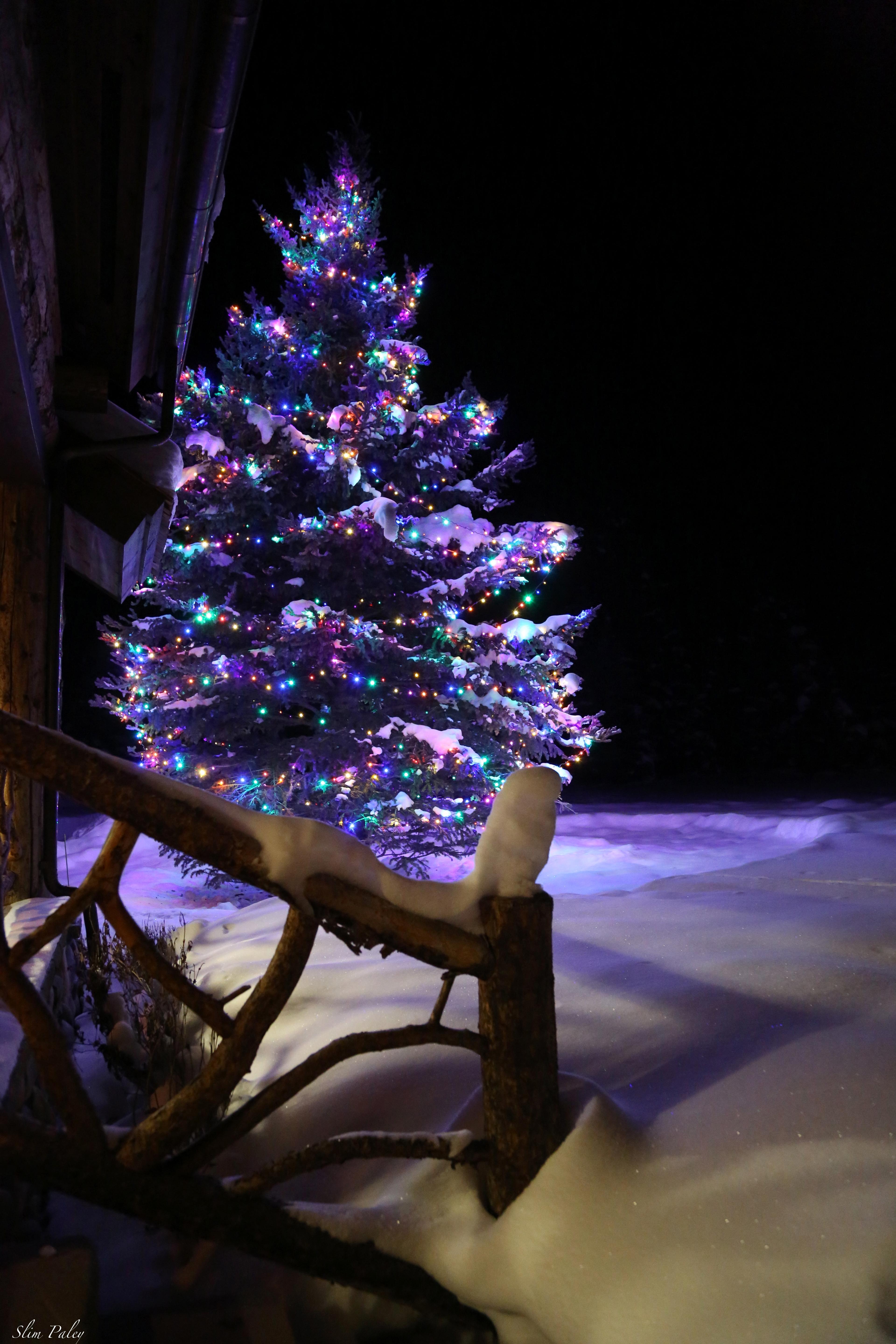 I’m not ready to say good-bye to the holidays! waaawaa (hot tears crystalizing) The welcoming glow of the Christmas lights, the comforting decadence of home-made eggnog, the omnipresent scent of cedar & cinnamon as I walk through the door…parting tis not sweet at all…

In fact, why can’t we have our Christmas lights up all winter long?! Who was the big Grinch that decided that was just outré ? Probably the same wet blanket that mandated no white trousers after Labour Day or long hair after 40.

Well, let it be known, I mean to be a flame-spitting hellion in 2013 and break all the rules ( I’ve been breaking at least two of them for much longer than I care to admit anyway)

I’m still in Sun Valley and loving every frigid minute of it. Two nights ago it plummeted to minus 12 degrees at our property! To be outside for just a couple of minutes was positively giddifying. The landscape was sparkling like diamond dust, the air itself glistening, no longer the invisible element. Even though I had to sleep in my long johns, as the cold was finding every possible avenue of entry, it was still pure magic.

God bless youth, my younger son and his friend decided it would be the perfect night to take a jacuzzi. Outside. 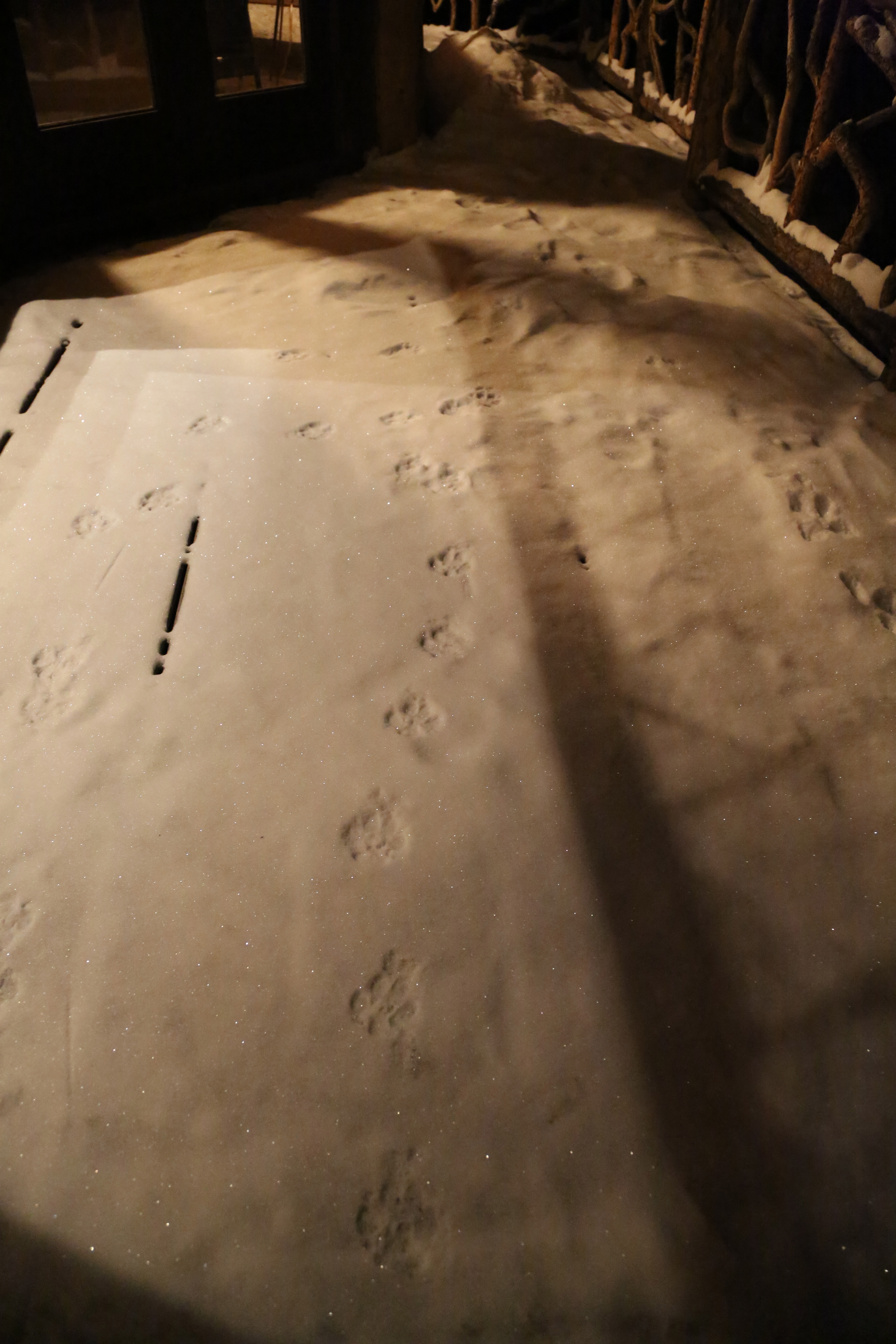 I went out for two seconds to check on them and spotted these tracks on the jacuzzi porch. 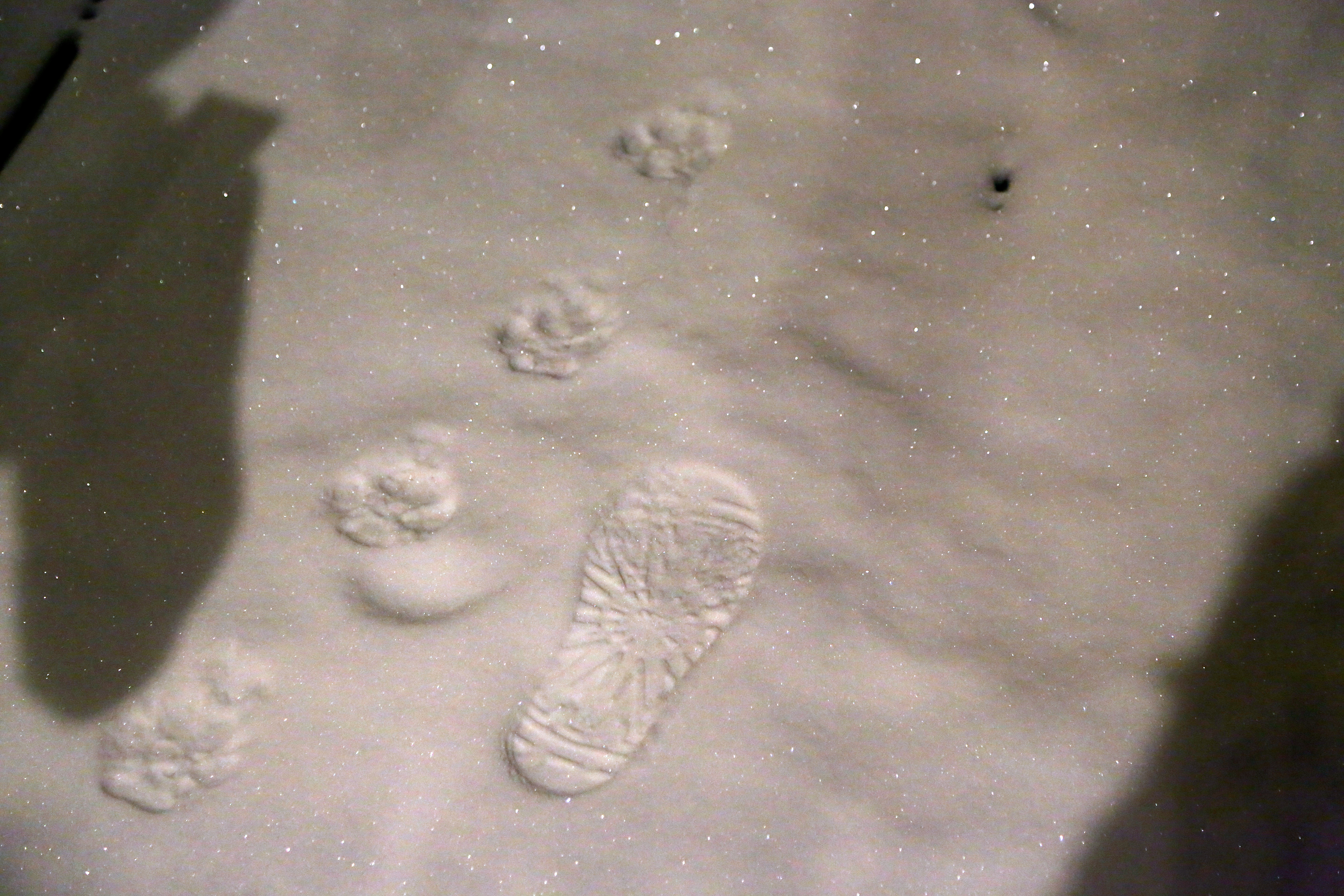 The boys came in shortly after. 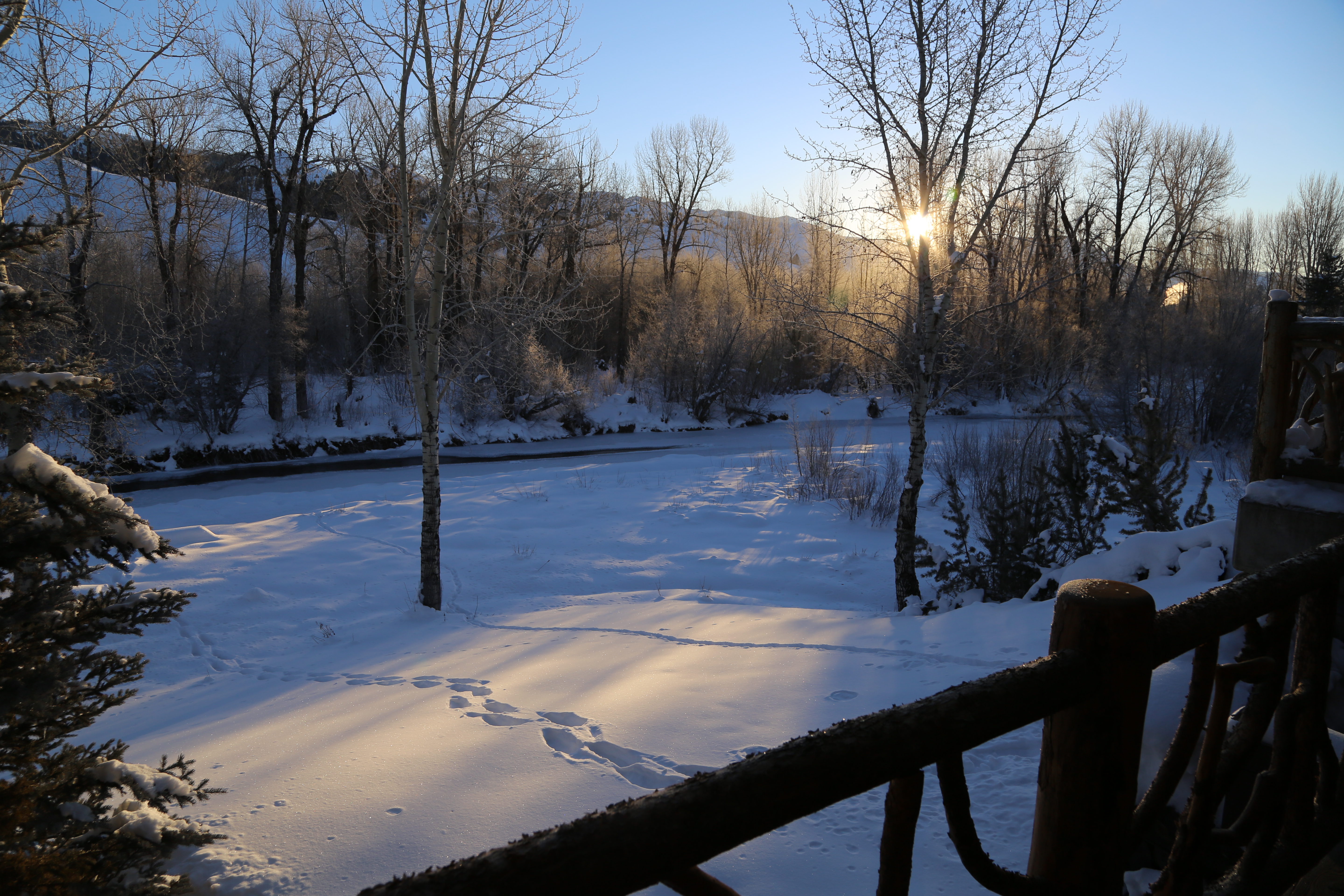 By early morning you could see another set of interesting tracks leading down to the partially frozen river. The big ones on the left are my snow shoes but the single line on the right is an animal. Upon closer inspection they appeared to be left by a light footed deer wearing Manolo pumps, possibly Louboutins, definitely sober. No tracks back, so…did she jump into the frigid water? The first broken heart of 2013? 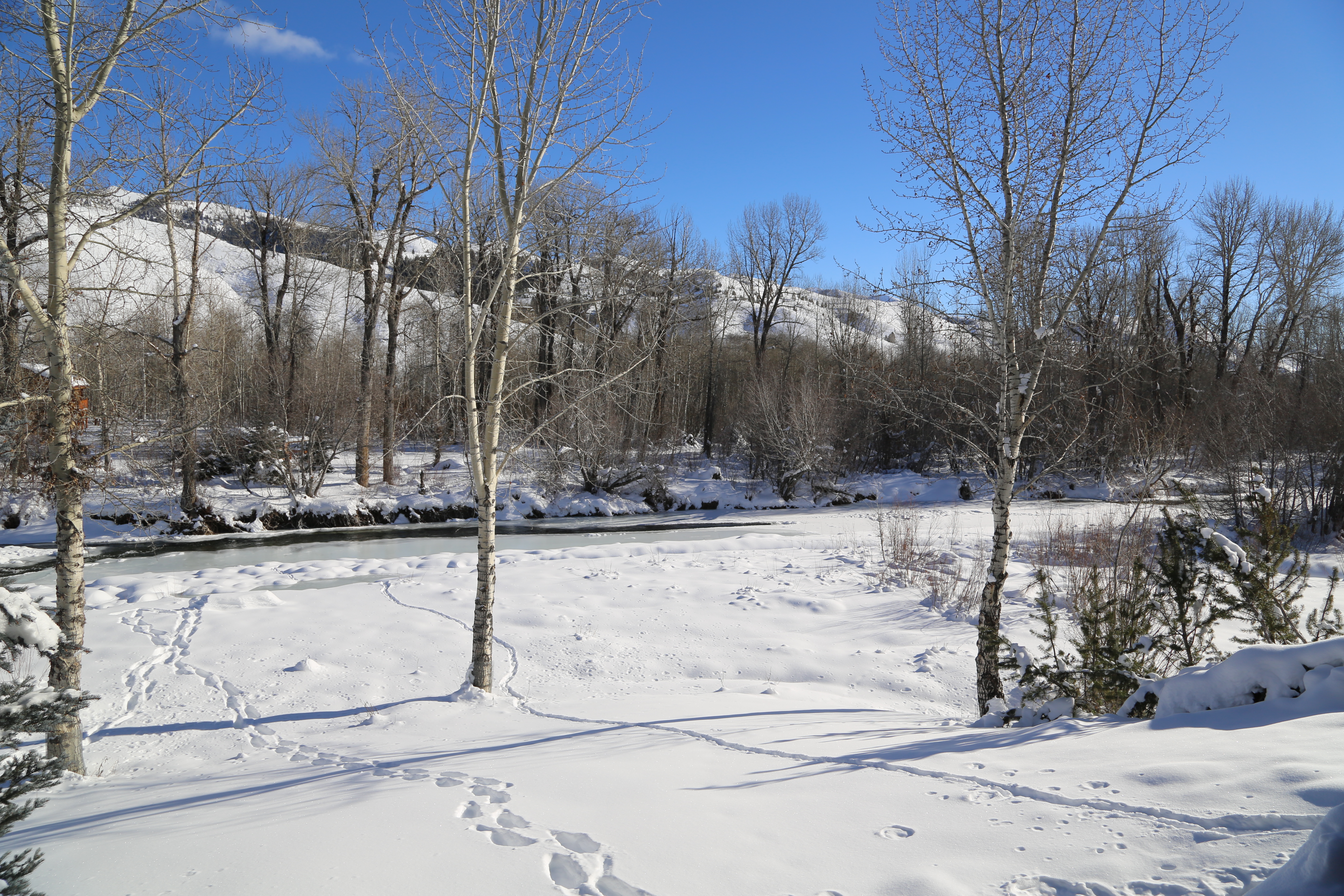 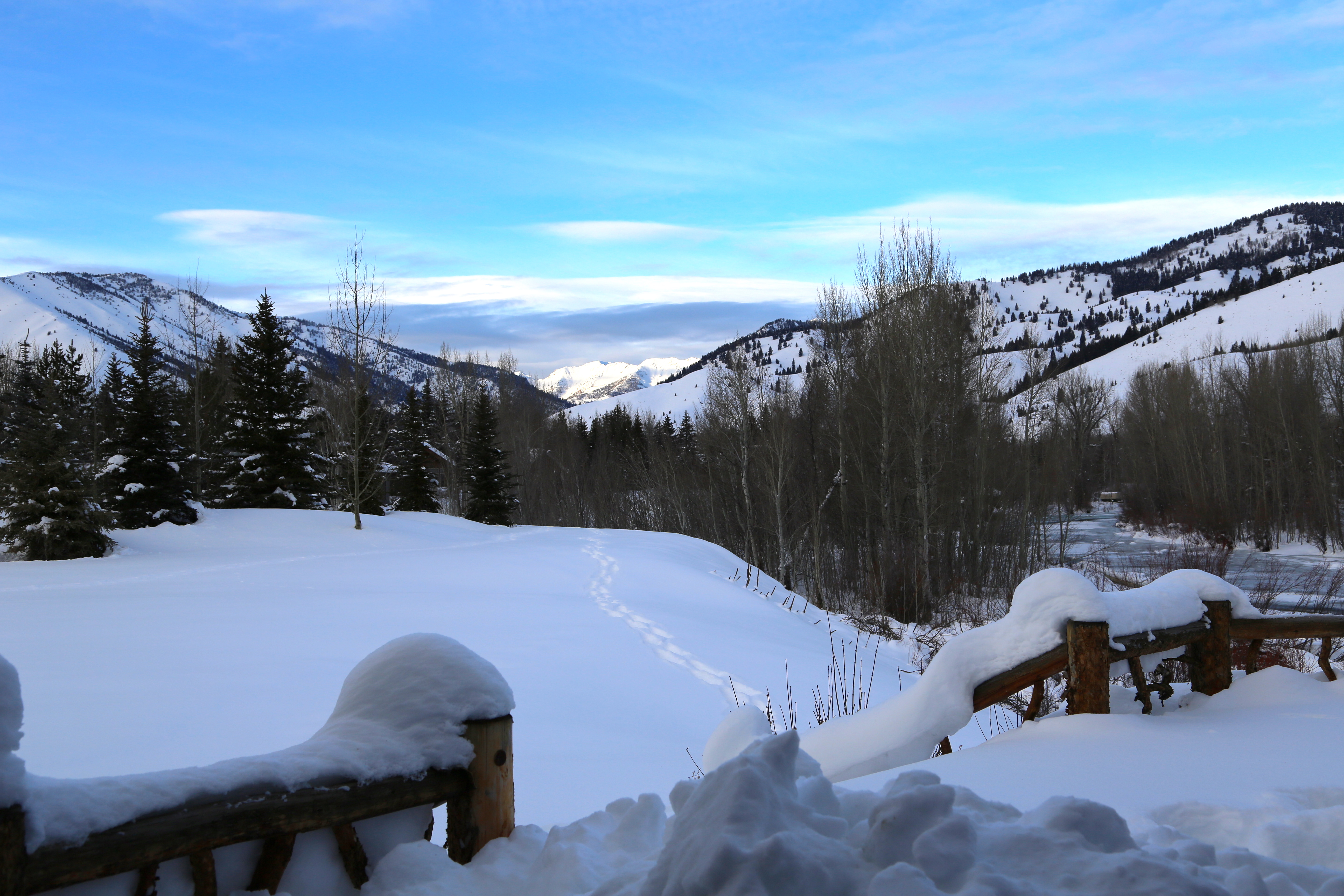 But let’s not speak of resolutions just yet-it’s only the 3rd. You know how I hate to be rushed. 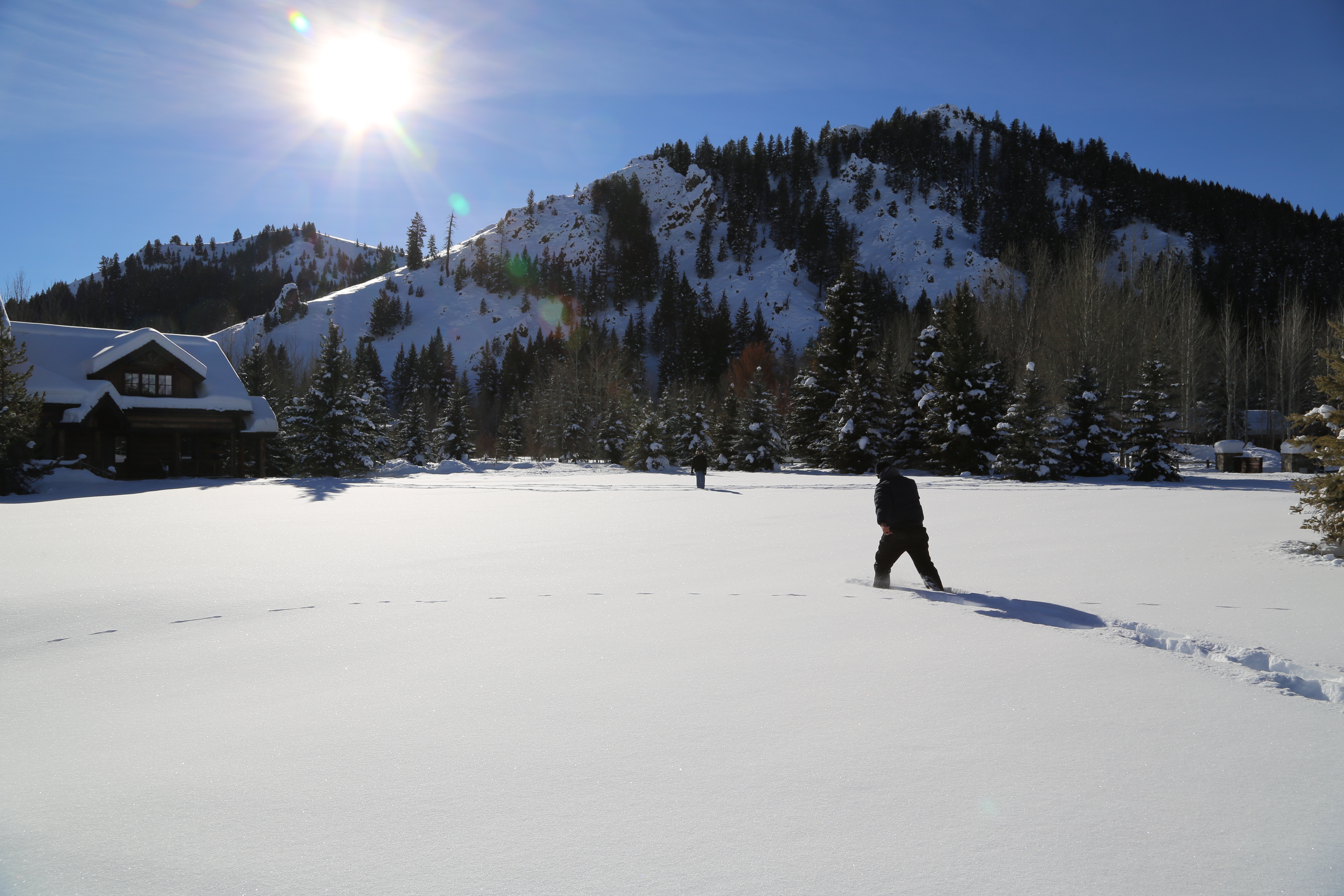 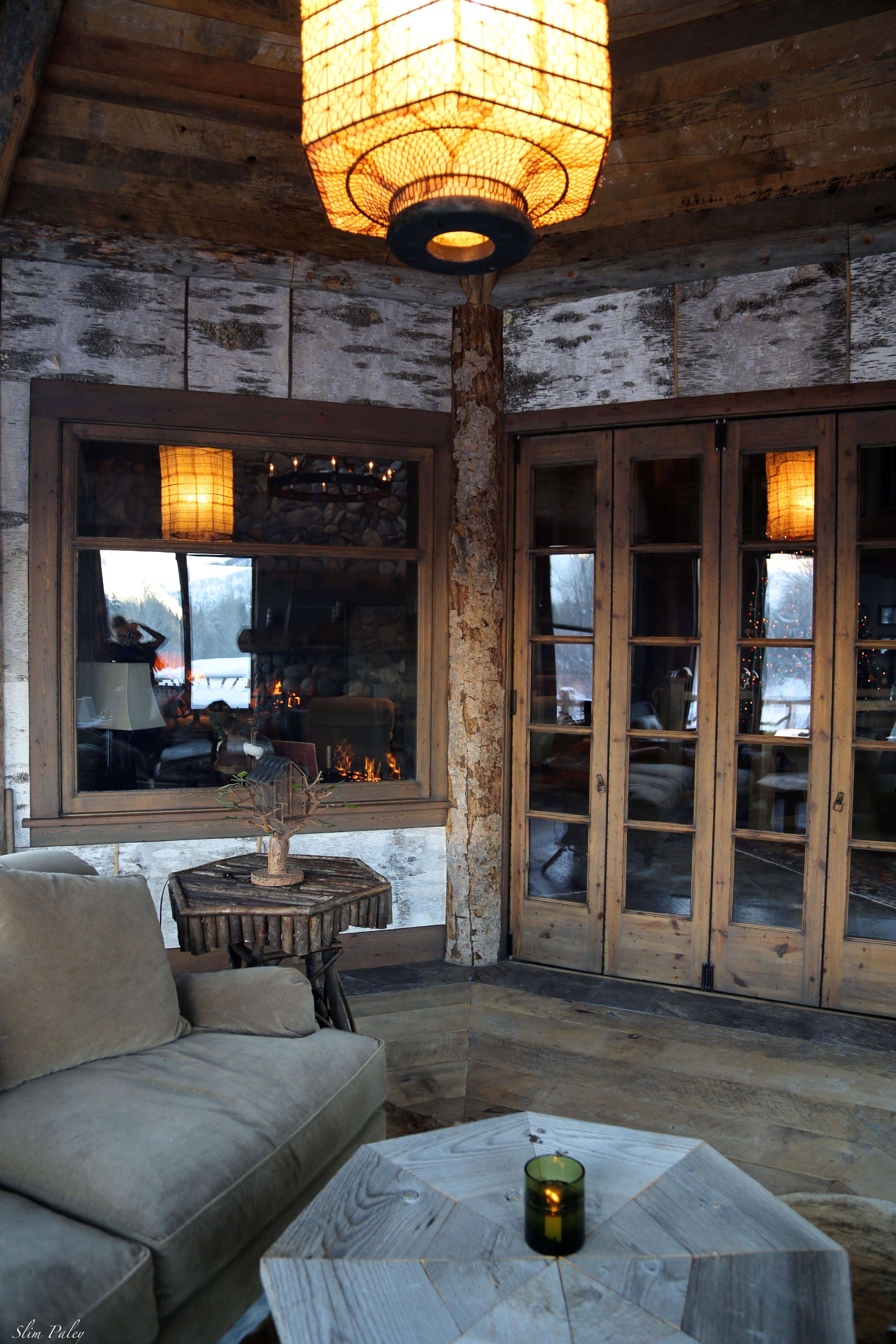