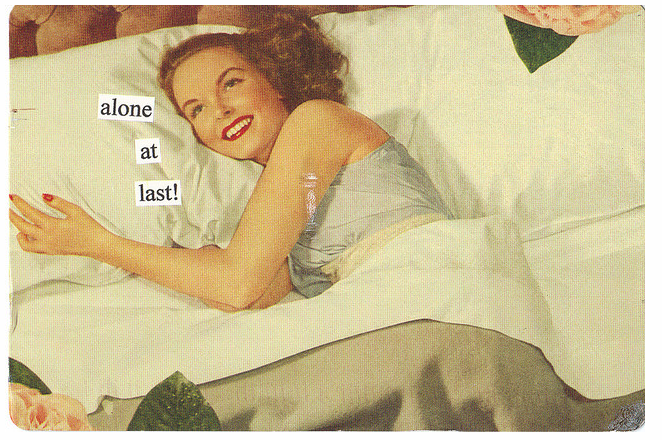 Ok, so you all know how much I adore my husband and children, that goes without saying, but do you ever sort of vaguely, fleetingly, for just a mosquito‘s breath of a second, relish having a little alone time in your house for a day or two?  My husband had to go out of town this week…  You know what that means for Slim- lamb with mint jelly for dinner, cozy flannel sheets, no television (except for “Miners & Mistresses” of course 🙂 ) and a bed that morphs into a king-size magazine kiosk- Happiness!   Only for a couple of days, mind you (unless it’s September, when the issues are thicker)

So naturally, with my alone time and no one to talk to but myself, I started to ponder some of the really meaningful questions in Life and commenced a’ wonderin’ if it’s just ME or … 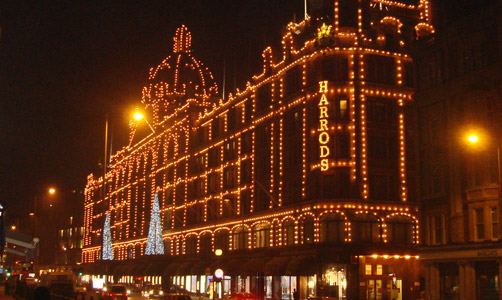 Do you ever do things when you’re all alone like blow out the power at night, when drying your hair on the “Damn You To Hell Frizz” setting of your hair dryer, and you have all the house lights on to make it look like everyone’s home, and then go down to reset the fuse for the master bathroom, and start doing some other stuff while you’re down there…

and come back up…oh, let’s say, awhile later, to hear a strange noise and find your blow dryer skidding all over the floor like a whirling dervish?

OK, maybe these are already getting too specific. 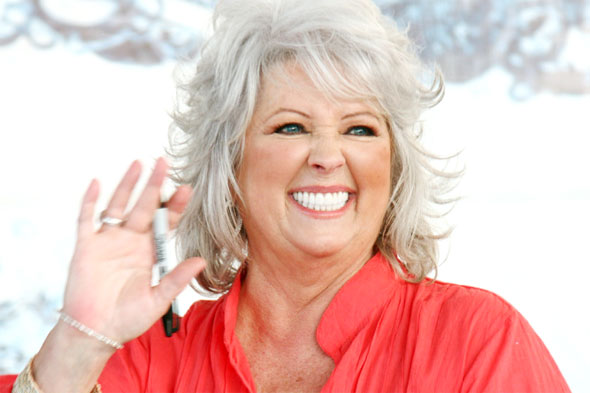 –Do you ever wonder if Paula Dean’s accent is totally fake? 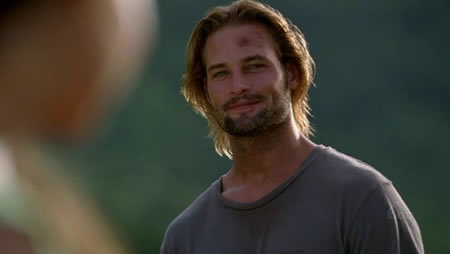 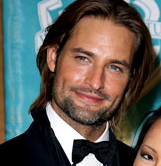 Do you ever wonder why Sawyer from Lost hasn’t called me yet?  Even though I think he’s moved to Santa Barbara in a desperate attempt to be closer to me? (Just ignore that little corner of wife in the photo- I do :))

–Do you ever max up the volume listening to a song on your computer when you’re alone and then forget, and get the #$%*&  scared out of you when an email comes in?

– Do you ever just want to pick up those tabloid magazines at the grocery  checkout so flipping badly, that you’re sure the person next in line knows…can actually hear your conscience and inner dialogue? So  you think ‘Well, now I’m busted anyway, what the hell?’  but flip through way too fast, because deep down you’re still trying to look like you’re really not even vaguely interested, but rather just killing time (oh woops- this isn’t ‘Oprah’!) and you end up not finding the article you were so desperate to read in the first place? 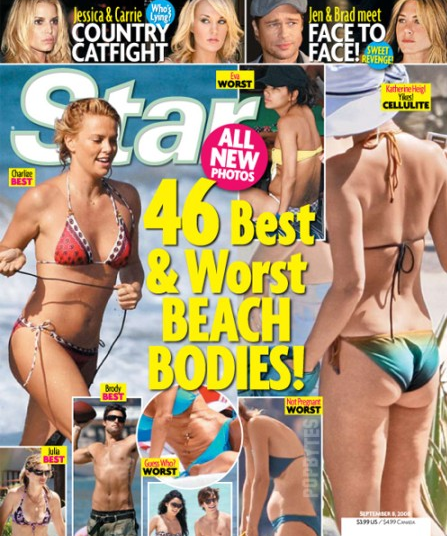 And speaking of periodicals,

-Do you ever think you could actually be in there with a chance as far as getting your poetry published in The New Yorker magazine, even though you’ve never written poetry?  I mean I hate to be negative, I love the articles and many of the jokes but… the poetry? reeeally??

Here, I’m working on a little “New Yorker” piece right now  I like to call;

“ODE TO MY SHOWER CAP”

a cloud, fallen to the

the minutiae of life…

There.  I think it’s almost ready to submit.

Of course I’m totally open to suggestions, but be kind; it’s my first draft and I could, very easily, make it about Wellington boots or home made marshmallows.  Or Sawyer.

Anyone else have any New Yorker poetry submissions?!  Dare you!