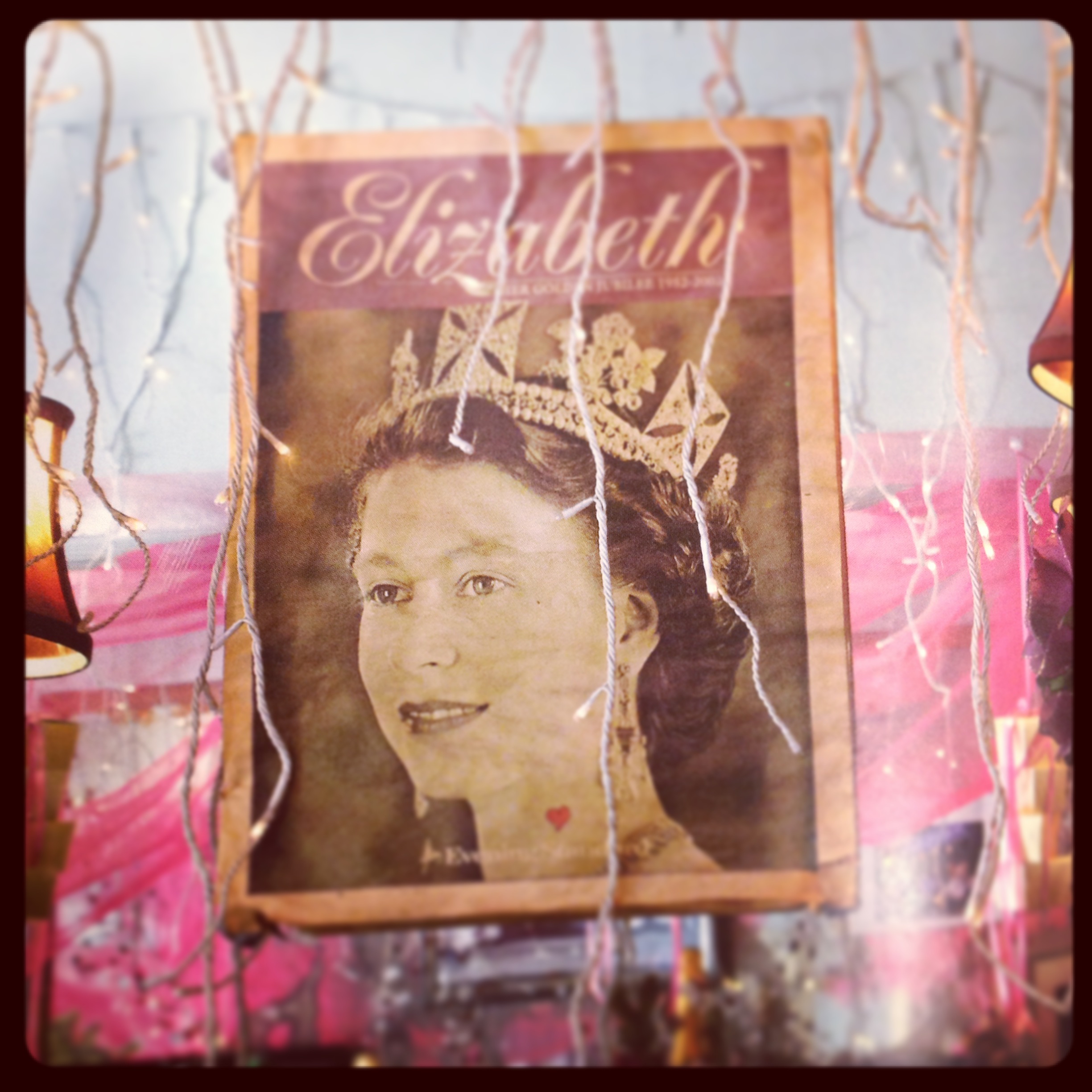 Finally downloaded and edited all my photos from our recent trip to London.

What an AMAZING city. No wonder I loved living there for so many years.

It was my husband’s first time back in I don’t know how long, so I was anxious that everything go well, including the fickle English weather.

Incredibly, my prayers, crossed fingers & toes and midnight sacrifices to the Gods of Good Favour were answered. 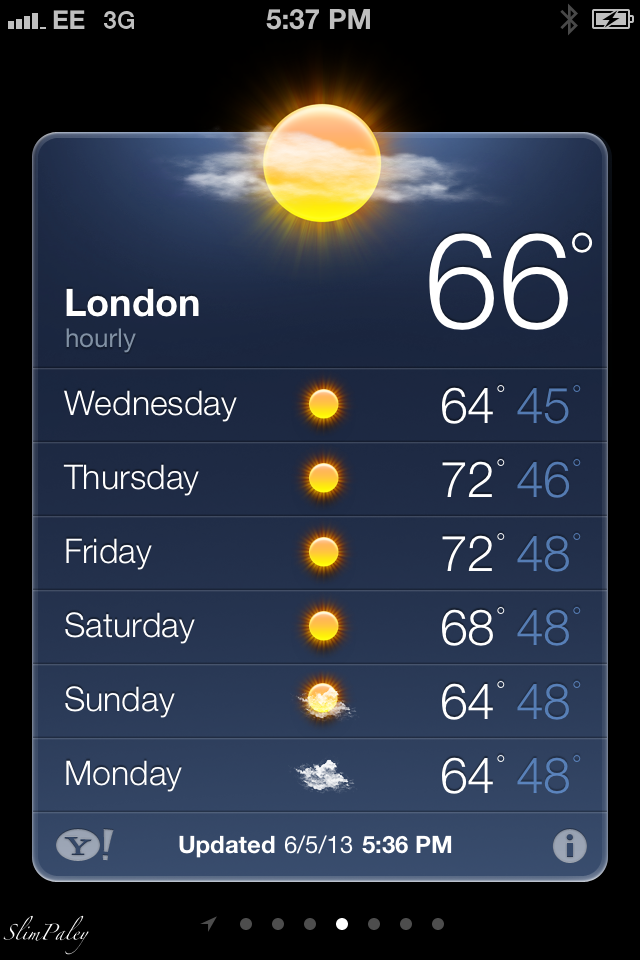 All those familiar with the weather in Blighty will appreciate the wonder of the above photo. 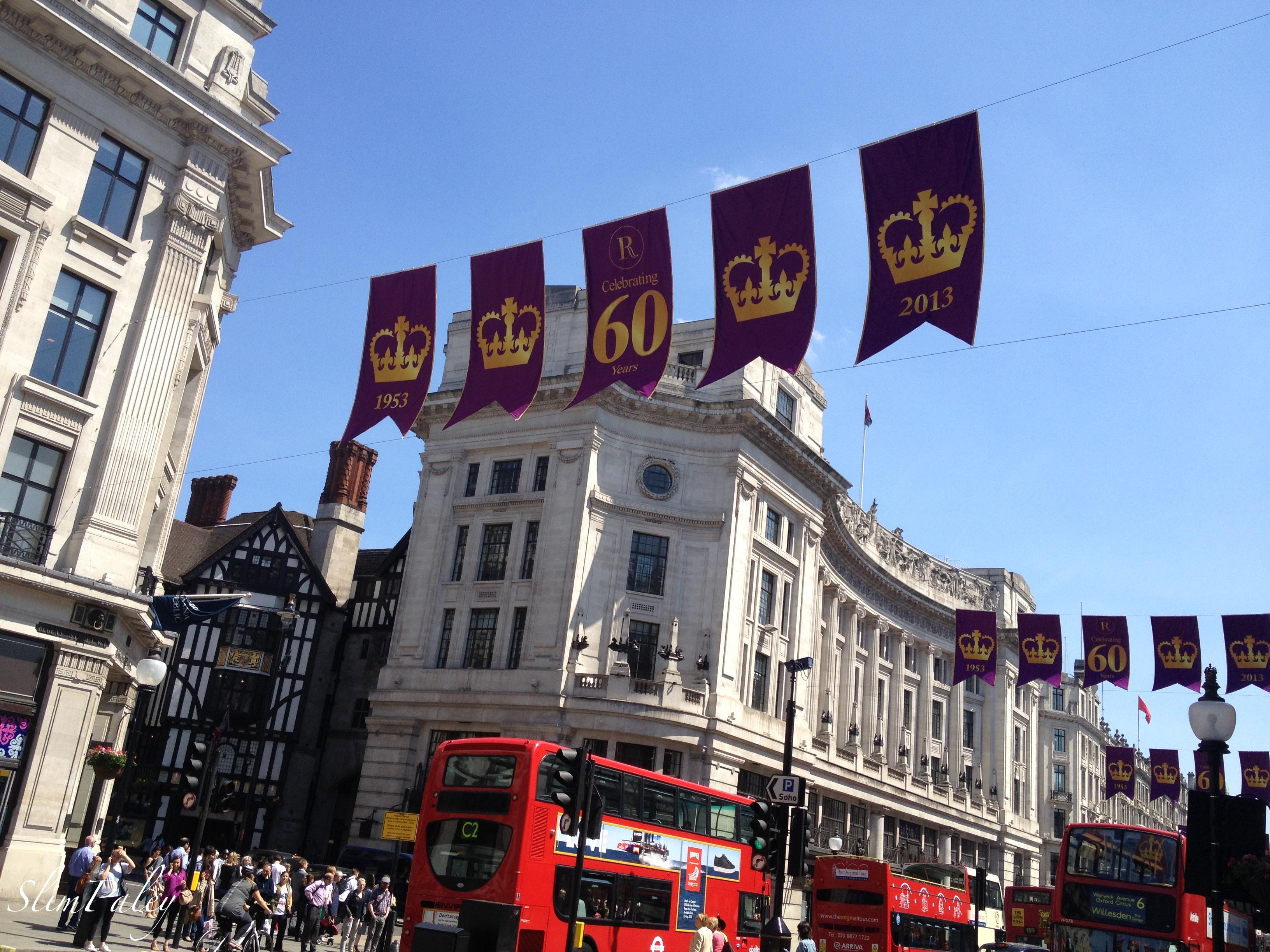 Not only that, but there was a lovely buzz about the city as we just happened to be there for the 60 year celebration of Queen Elizabeth’s coronation.

I love the Queen. I do. Perhaps it stems from singing “God Save the Queen” as a child in school. I know the entire concept of royalty seems antiquated and unnecessary to countless people (including my husband) but I like me some old-fashioned tradition.

Yes, I get that she was born into almost unfathomable privilege, but she has also spent almost her entire life in service to her country and ‘subjects’ and there’s something to be said for that. Take a look at some other countries around the world to see how power and position has been and is outrageously abused. Imagine how many thousands of events, whether they be joyous or sad, important or inane, in good weather or bad (and you know it’s mostly bad!) she’s had to trot herself out for over the decades (always with heels and hat) when she might have preferred to stay home with a good book or to watch “Breaking Bad”.

Bailing is not really an option when you’re the Queen of England. She has only 3 more years to go to beat Queen Victoria out as the longest reigning British Monarch.

Plus, she has great skin, ya gotta give her points for that. 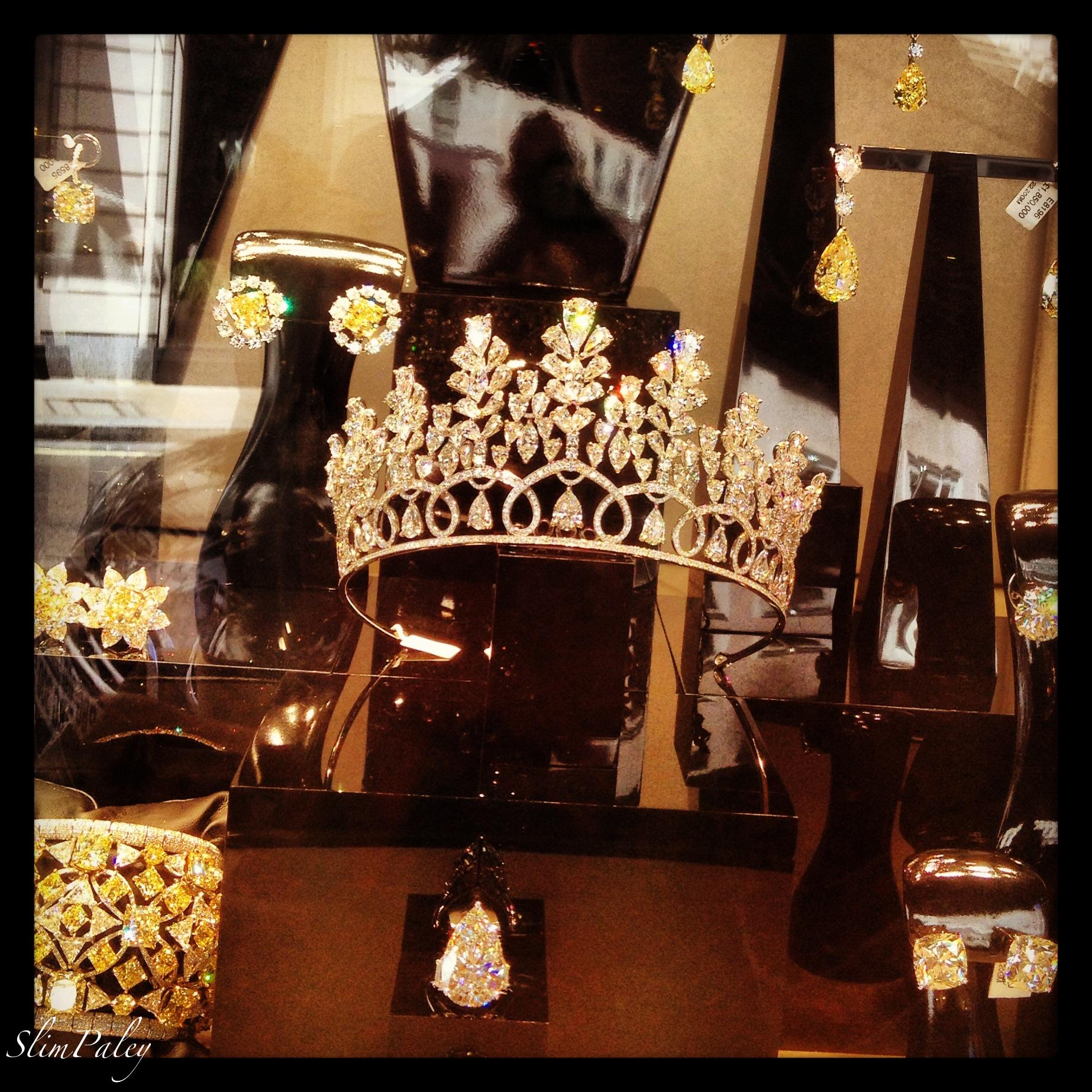 I don’t wish to imply I got completely caught up in the pomp & pageantry, but I do confess to a little crown window shopping…

Strangely enough,  the Queen’s 350 year old coronation crown was removed from The Tower of London and “escorted” to Westminster Abbey in its own private carriage for the ceremony, but apparently she didn’t put it on. 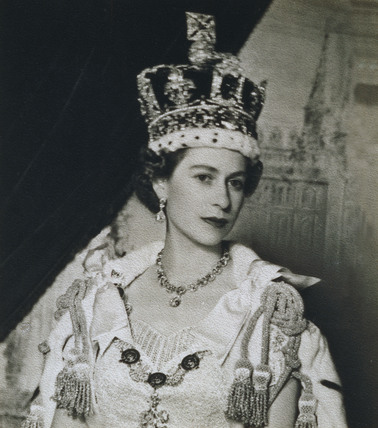 It just sat on a velvet pillow along with the ampulla.

What up with that?? I would have put it on and posted a quick “selfie” on Instagram.

Probably another reason why I wouldn’t make a good Queen. 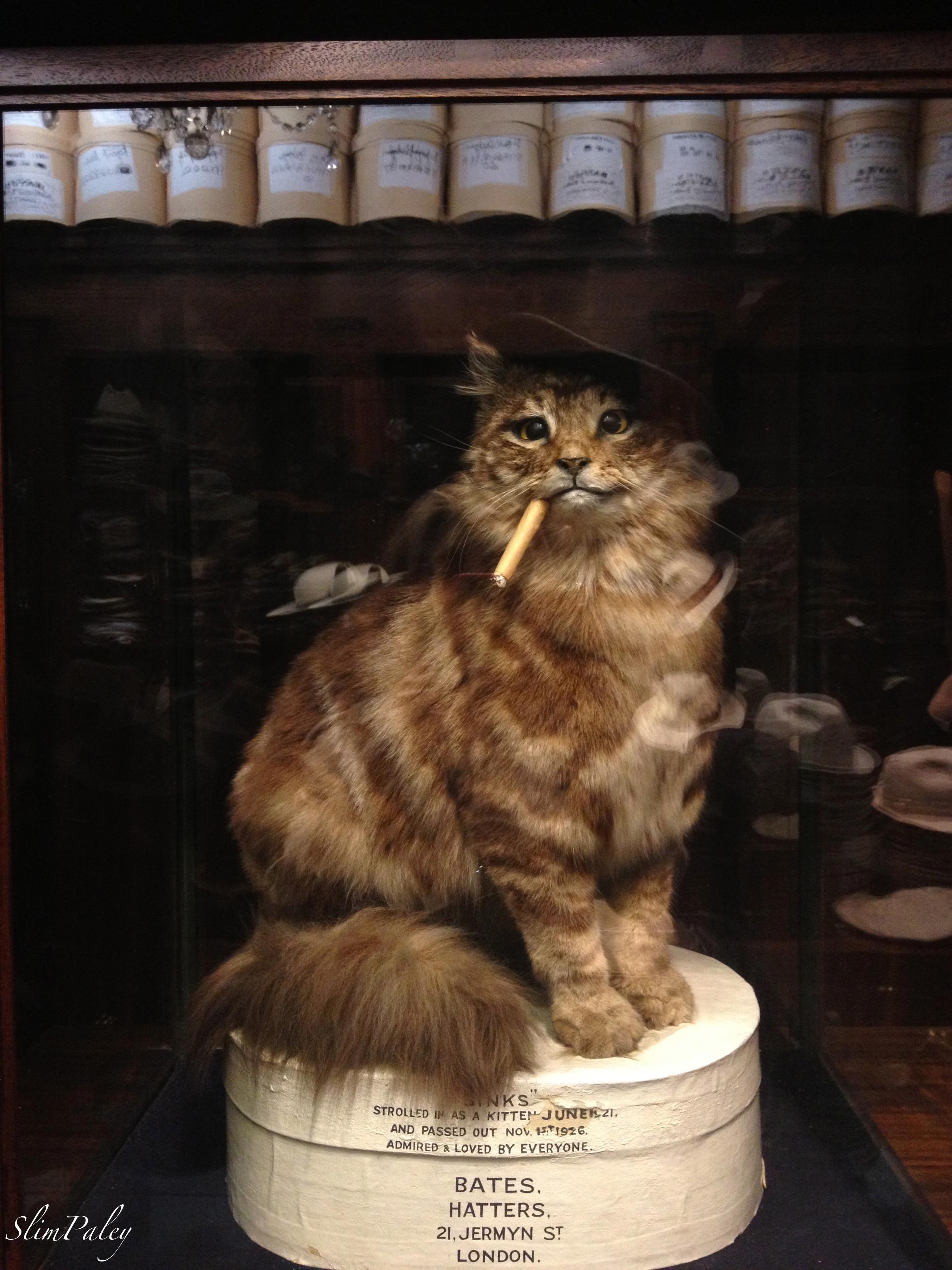 And as another saying goes… “A cat can look at a Queen” (is anyone on this side of the pond familiar with that?!”

This is “Jinks” who was obviously so beloved at “Bates Hatters” they decided to keep him around when he finally “passed out” in 1926. 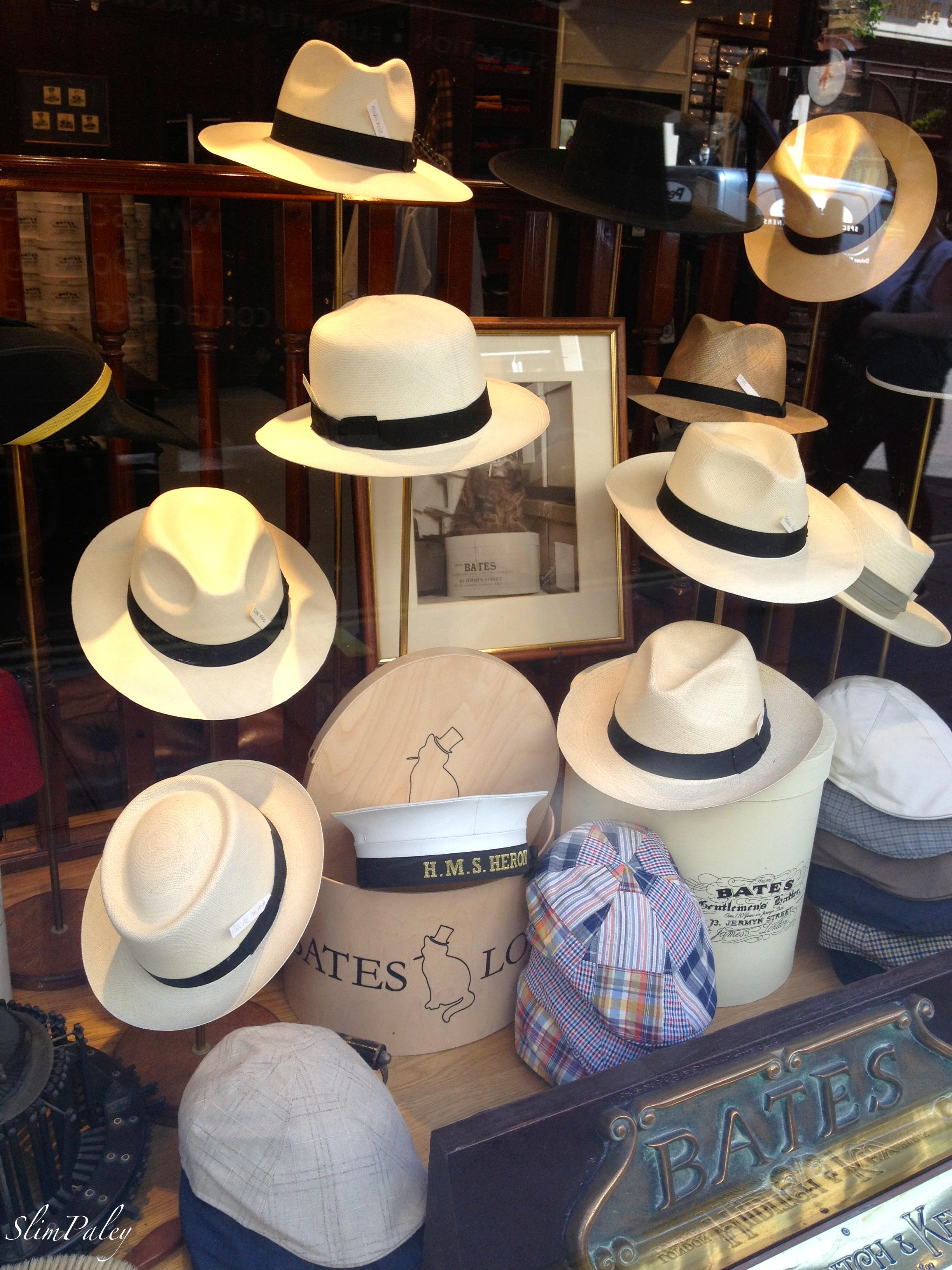 This is the most amazing old world hat shop in London, located just behind Fortnum & Mason, off Picadilly. 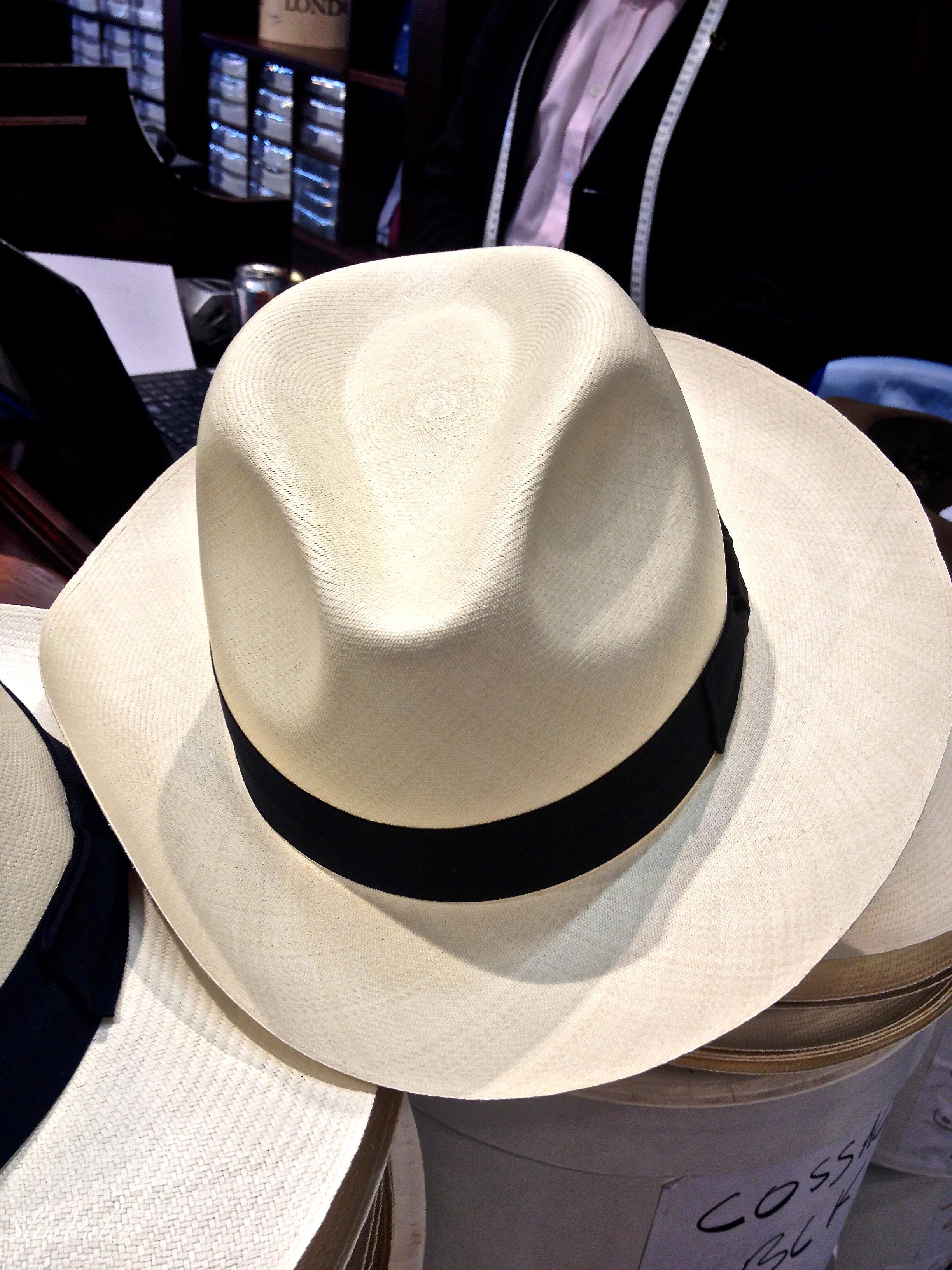 This is where you might pick up one of those $10,000 Panama hats that take 6 months to weave.

The example above costs about $2,500. You can see how fine the weave is compared to the one on the left. 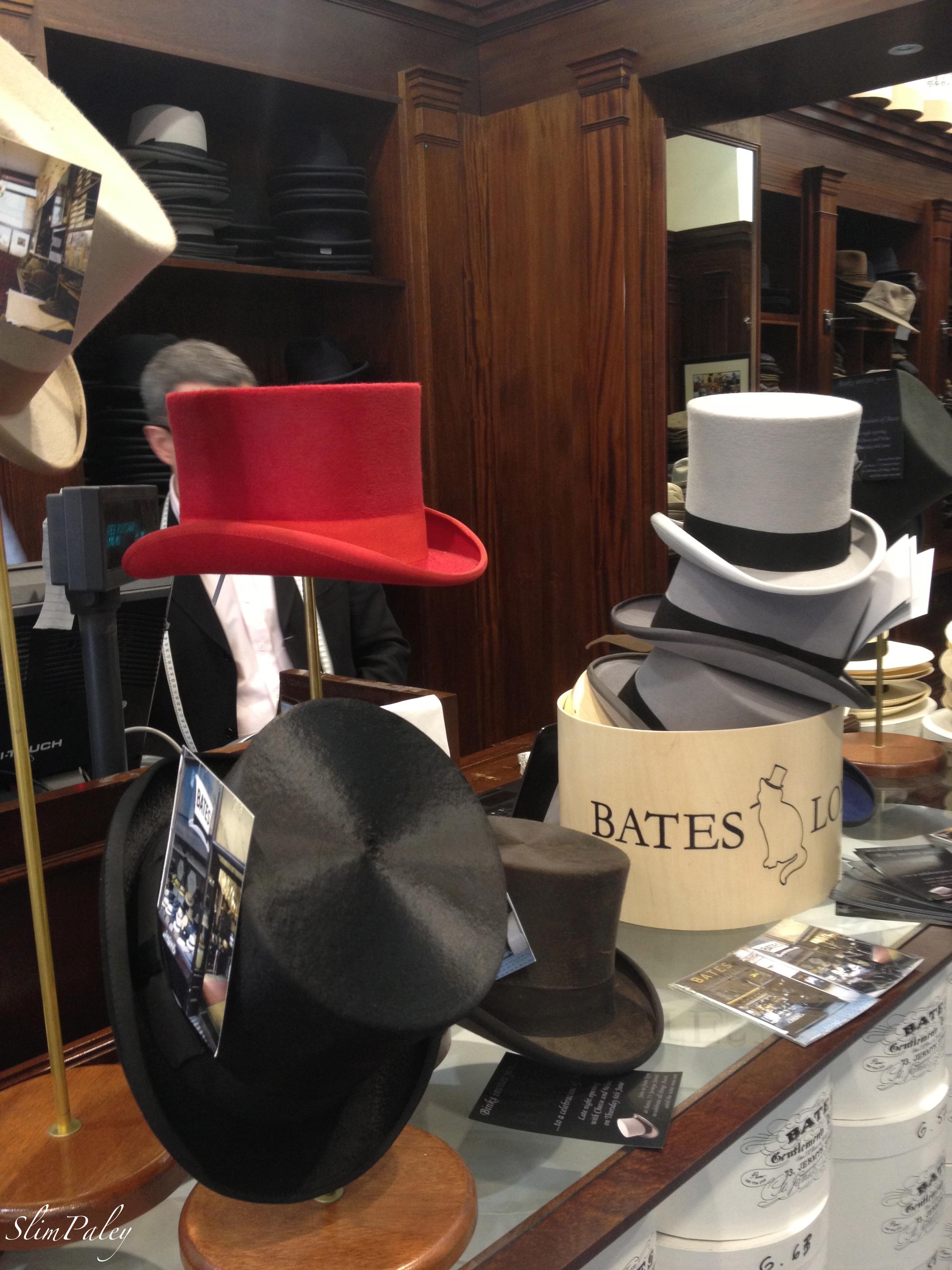 Or perhaps just a top hat for “The Season”?

Sadly, I didn’t buy anything there except postcards. Hat or crown, hat or crown…I had to pace myself and consider my luggage restrictions. 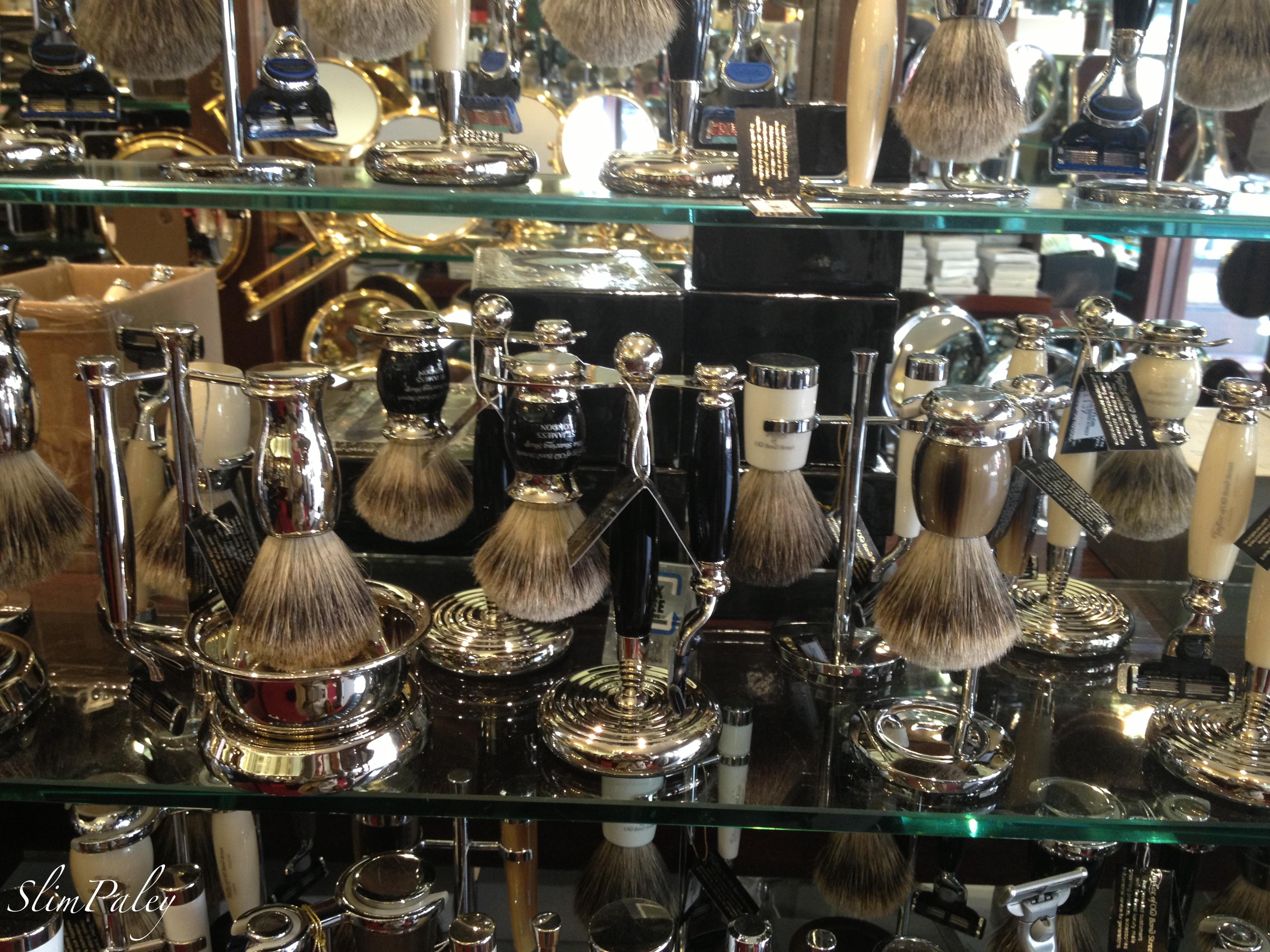 I popped into “Bates” while the hubs was getting a little well deserved pampering next door at “Taylor’s of Old Bond St” on Jermyn St. 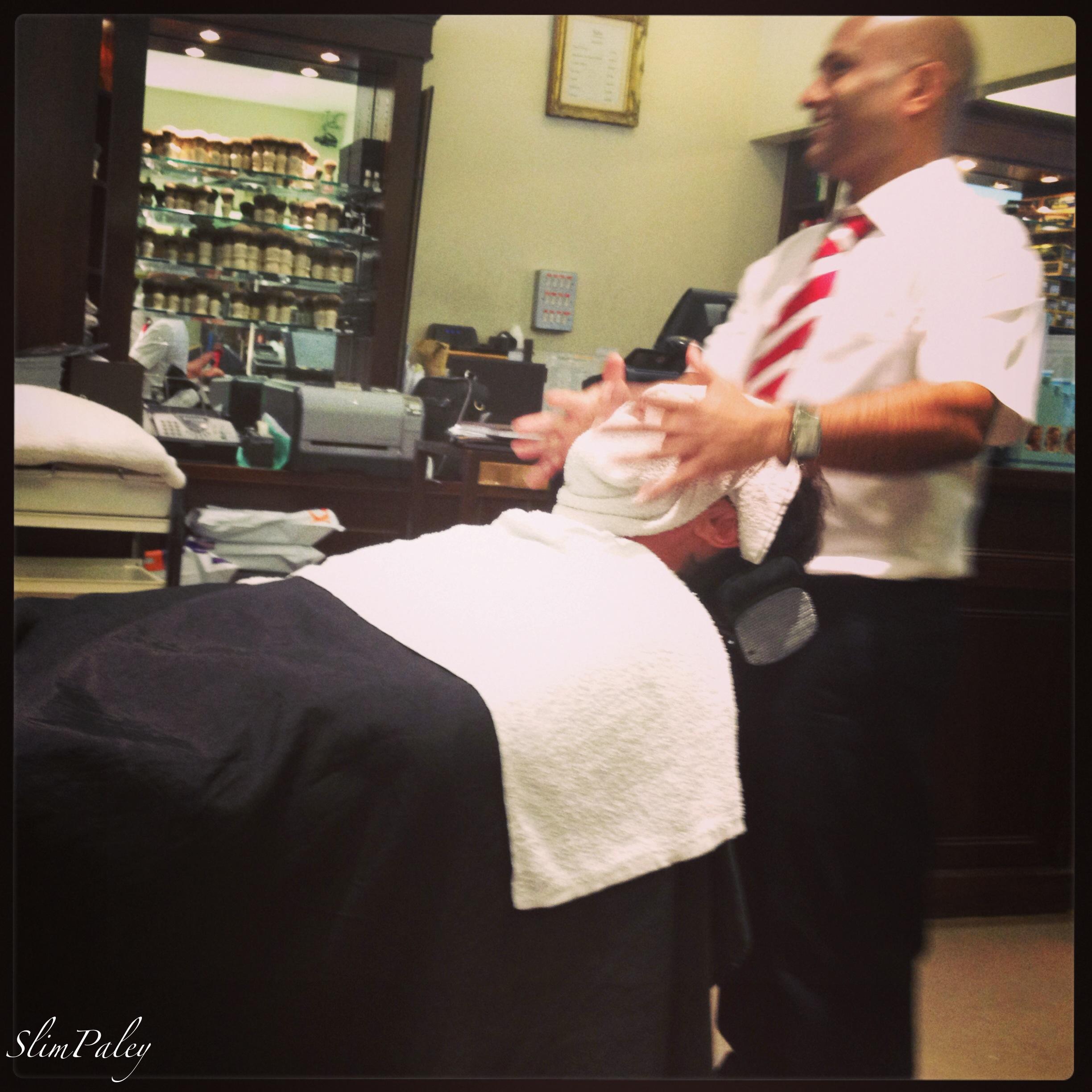 He said it was fabulous. 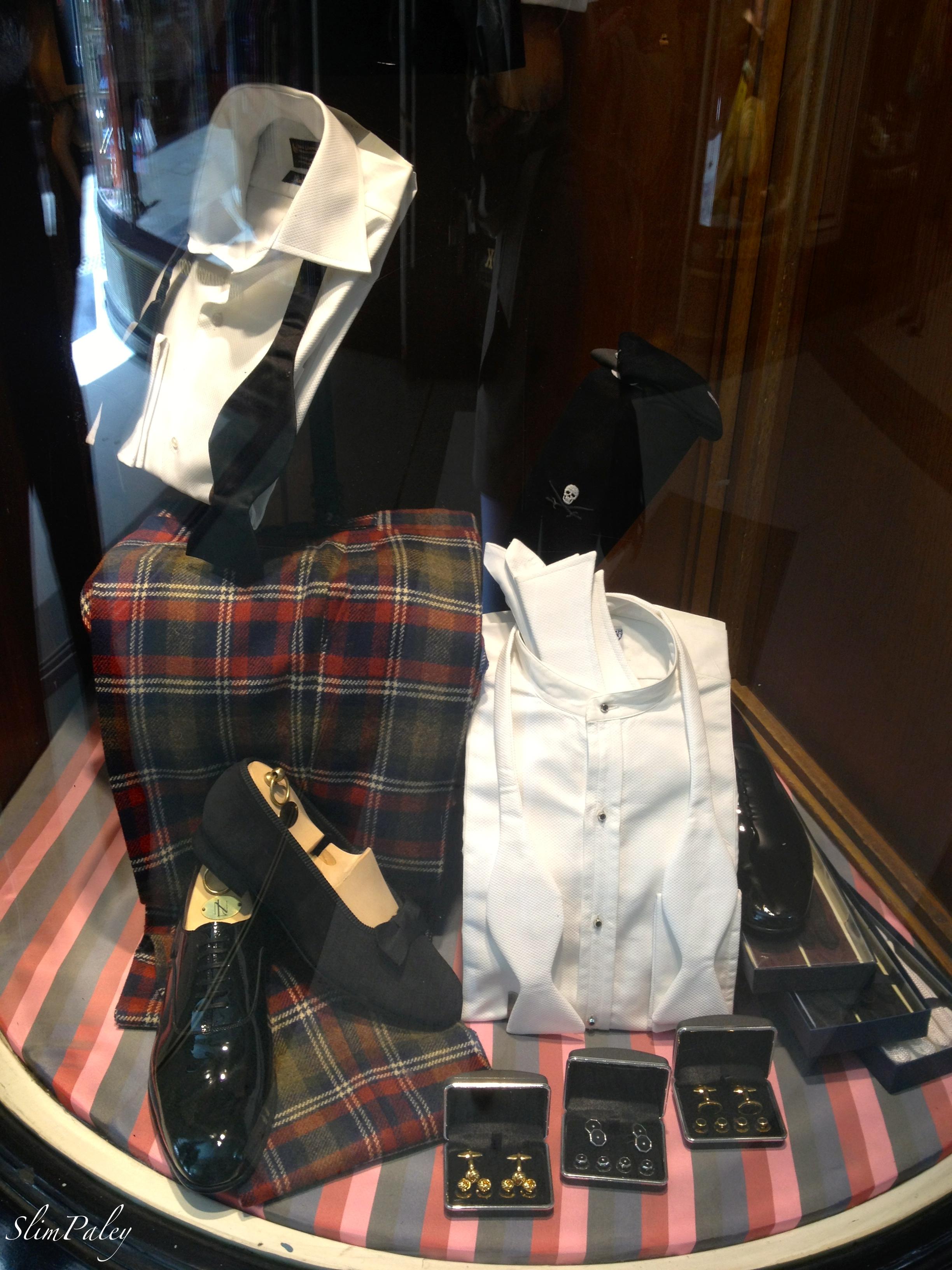 Hard not to be inspired just a little bit by all the shops and possibilities of sprucing One’s self up a wee bit in London.

I had to think of the always dapper Scott Meacham Wood’s blog “The Adventures of TartanScot” when I took these photos. 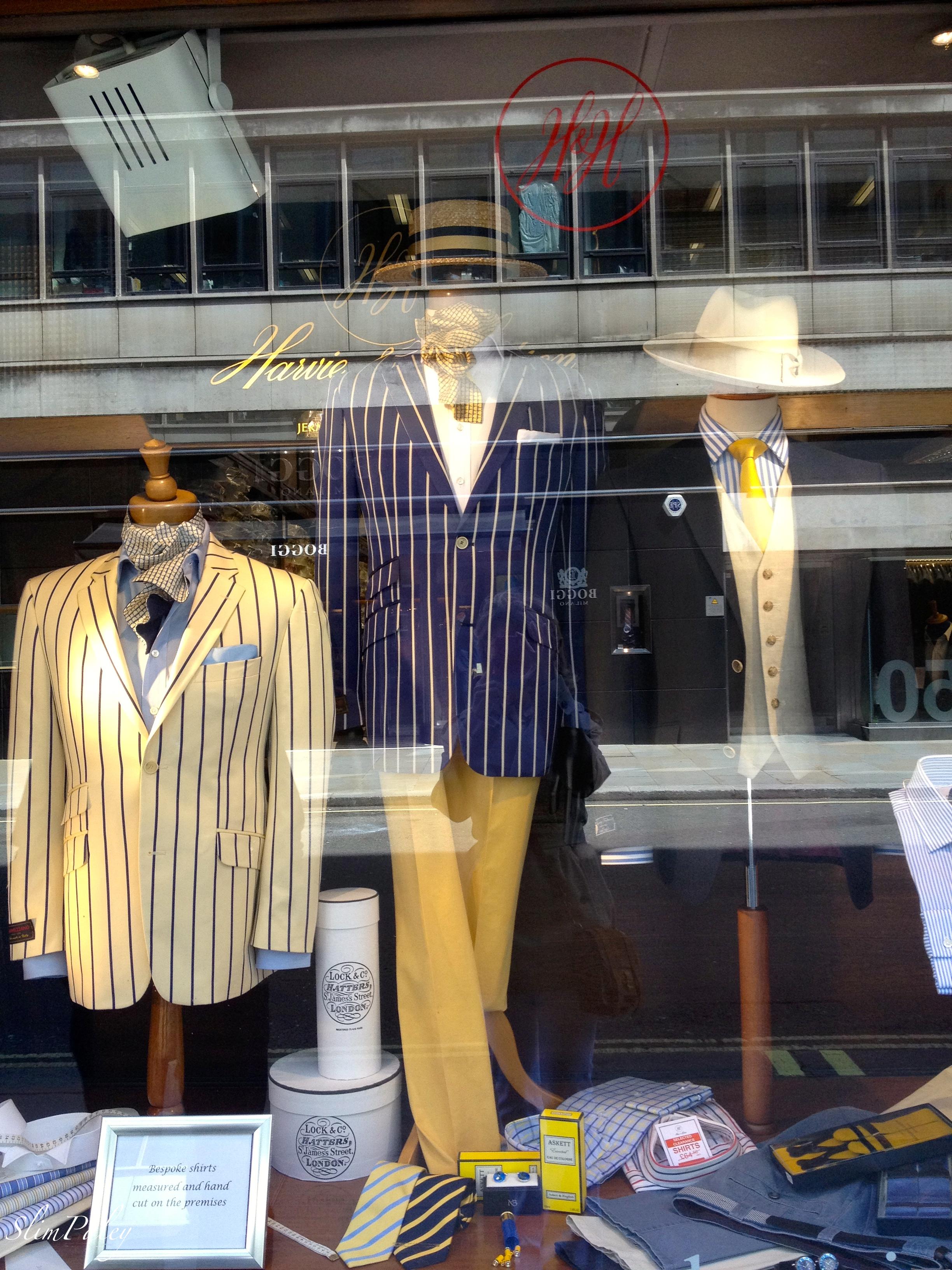 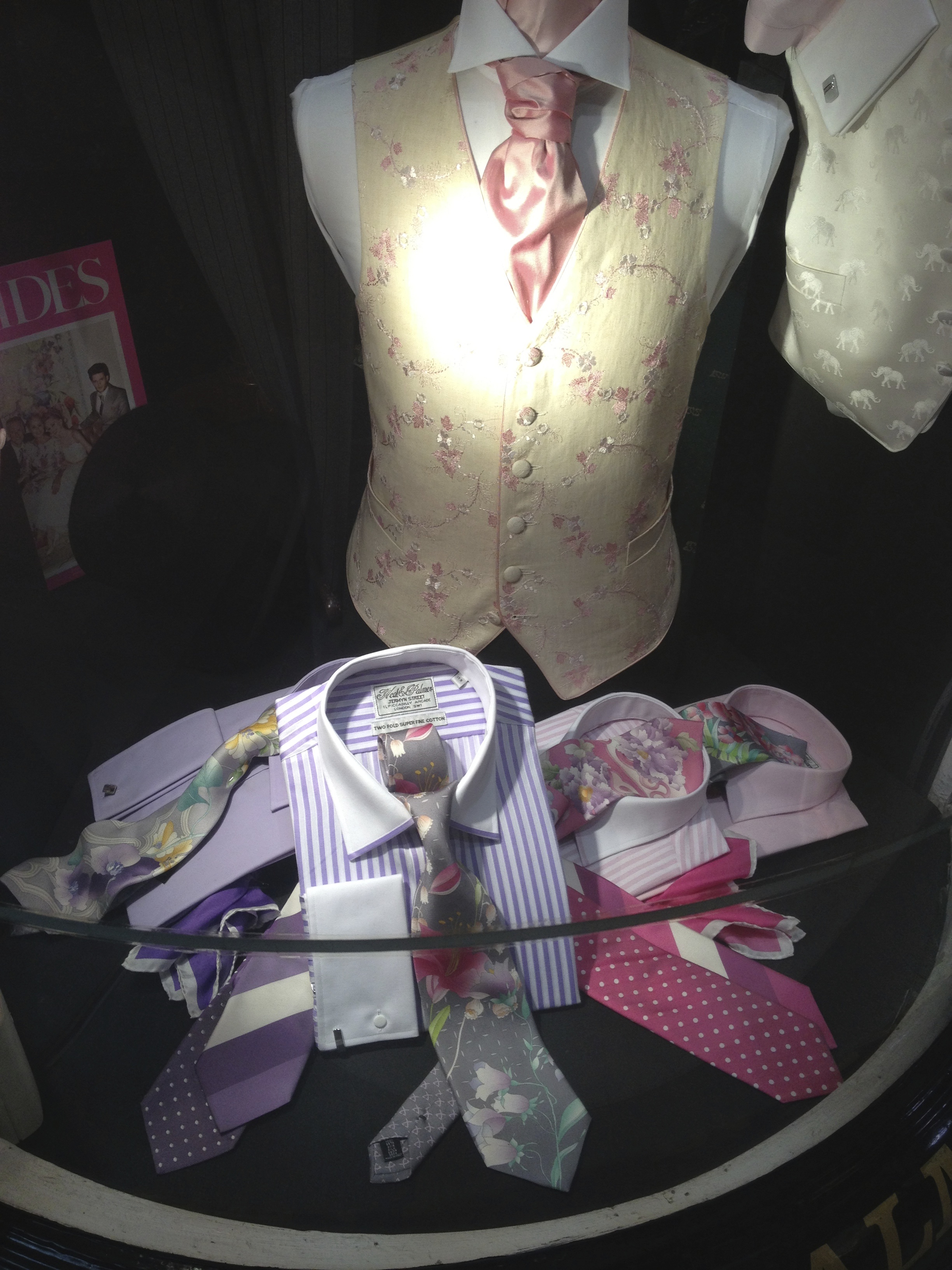 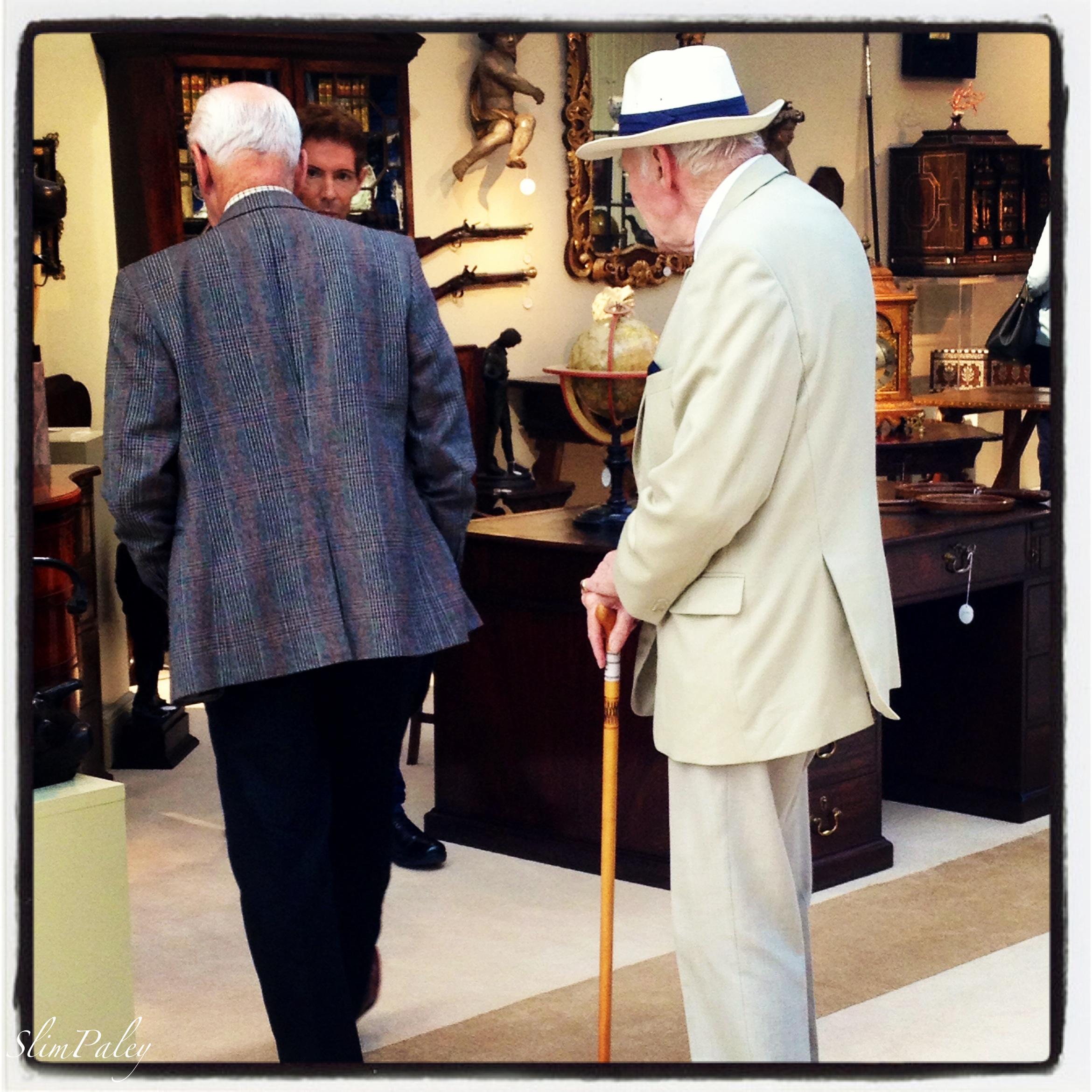 A most dapper older gent. 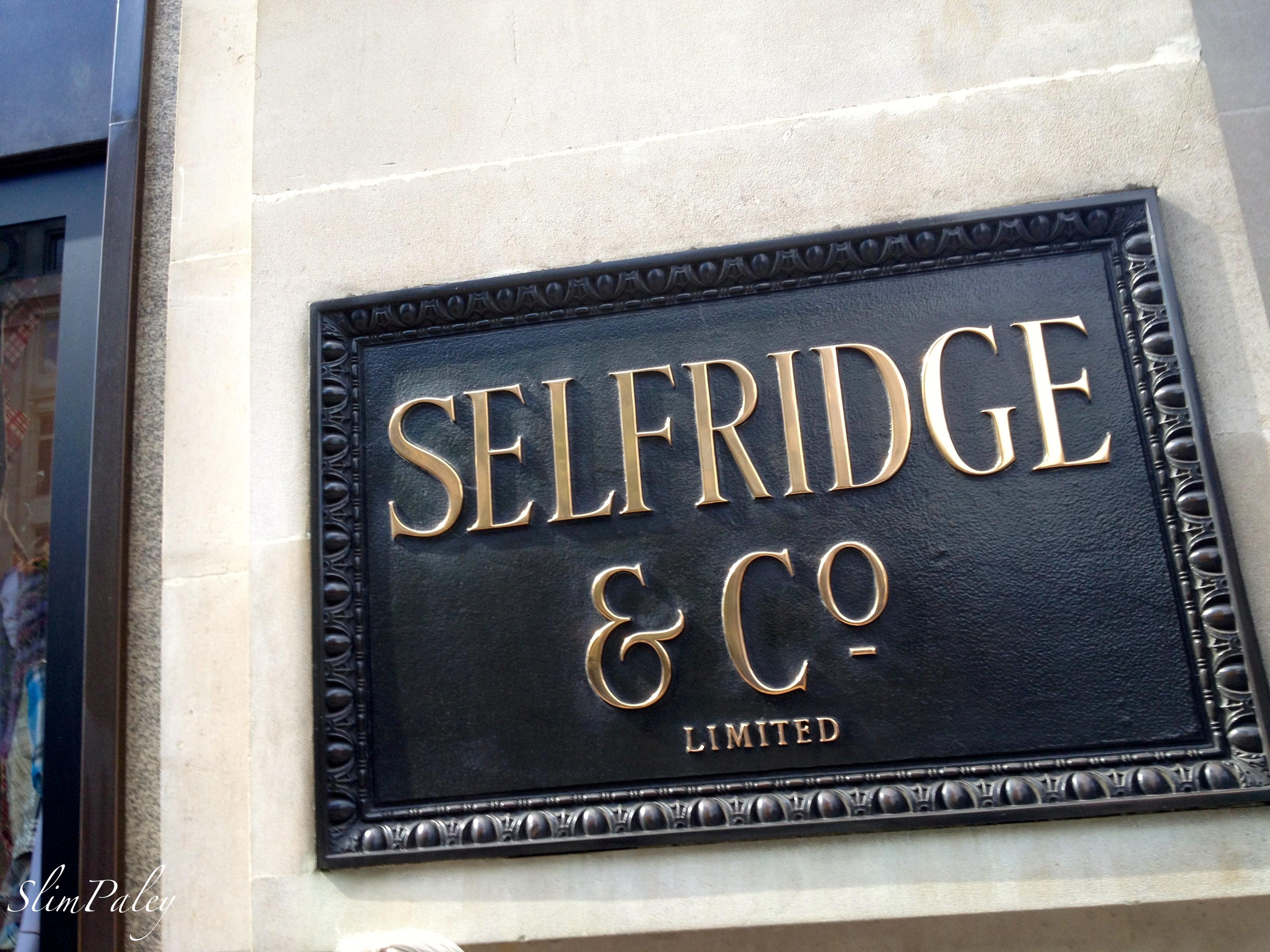 My husband also wanted to see Selfridge’s after watching the mini-series recently.

I said, OK, if you insist…(the things we do for love) 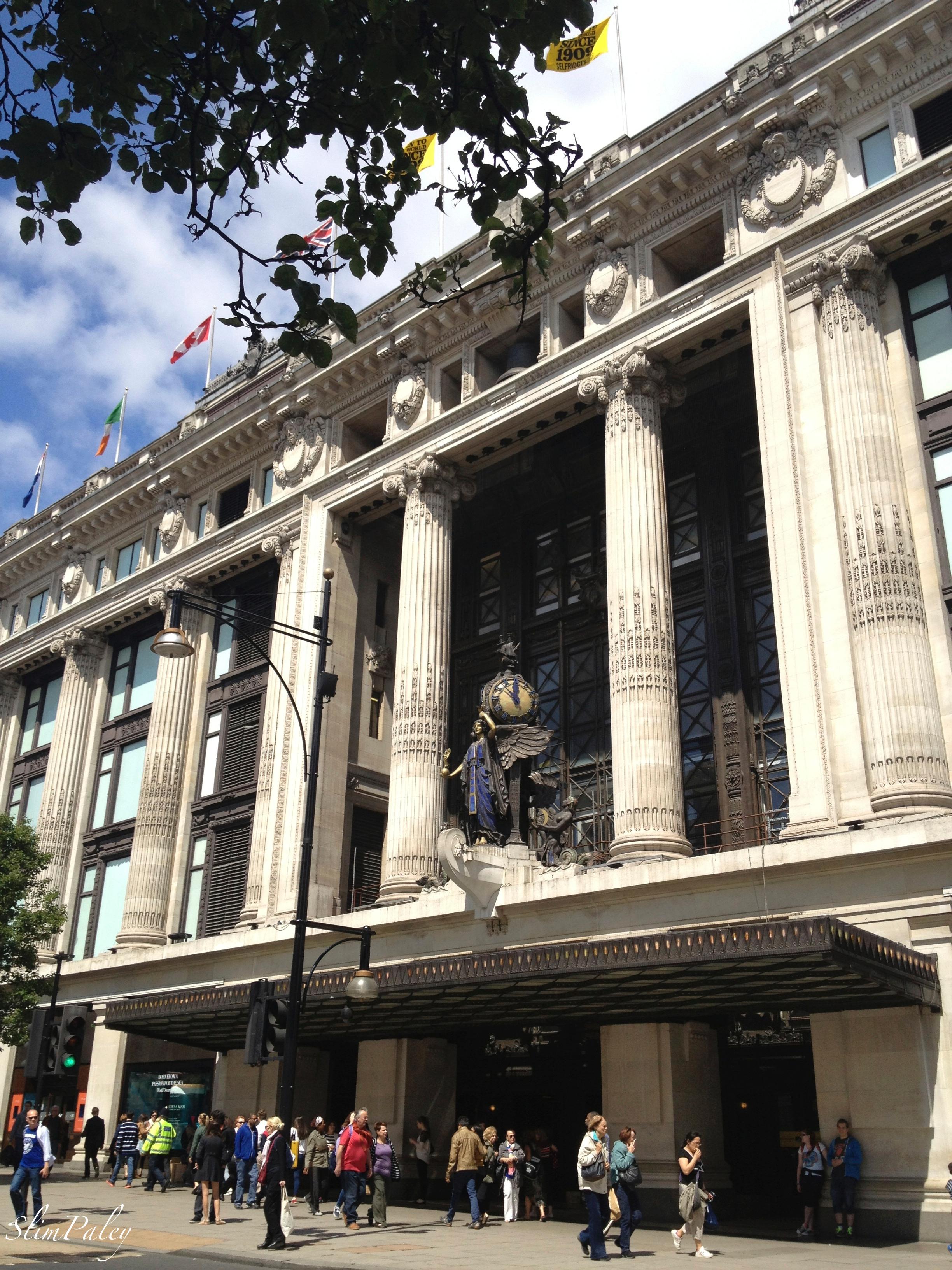 Having spent many a day in this monolith of a department store in my day, I was still surprised to see the madness inside. I admit, and with no sense of pride whatsoever, it was the first time I’ve ever felt a tad overwhelmed by the shopping experience. Don’t tell anyone. I don’t know if it had anything to do with the mini-series, the coronation celebrations, or the simple fact it was the first week of summer holidays, but the crowds were reedonkulous inside. 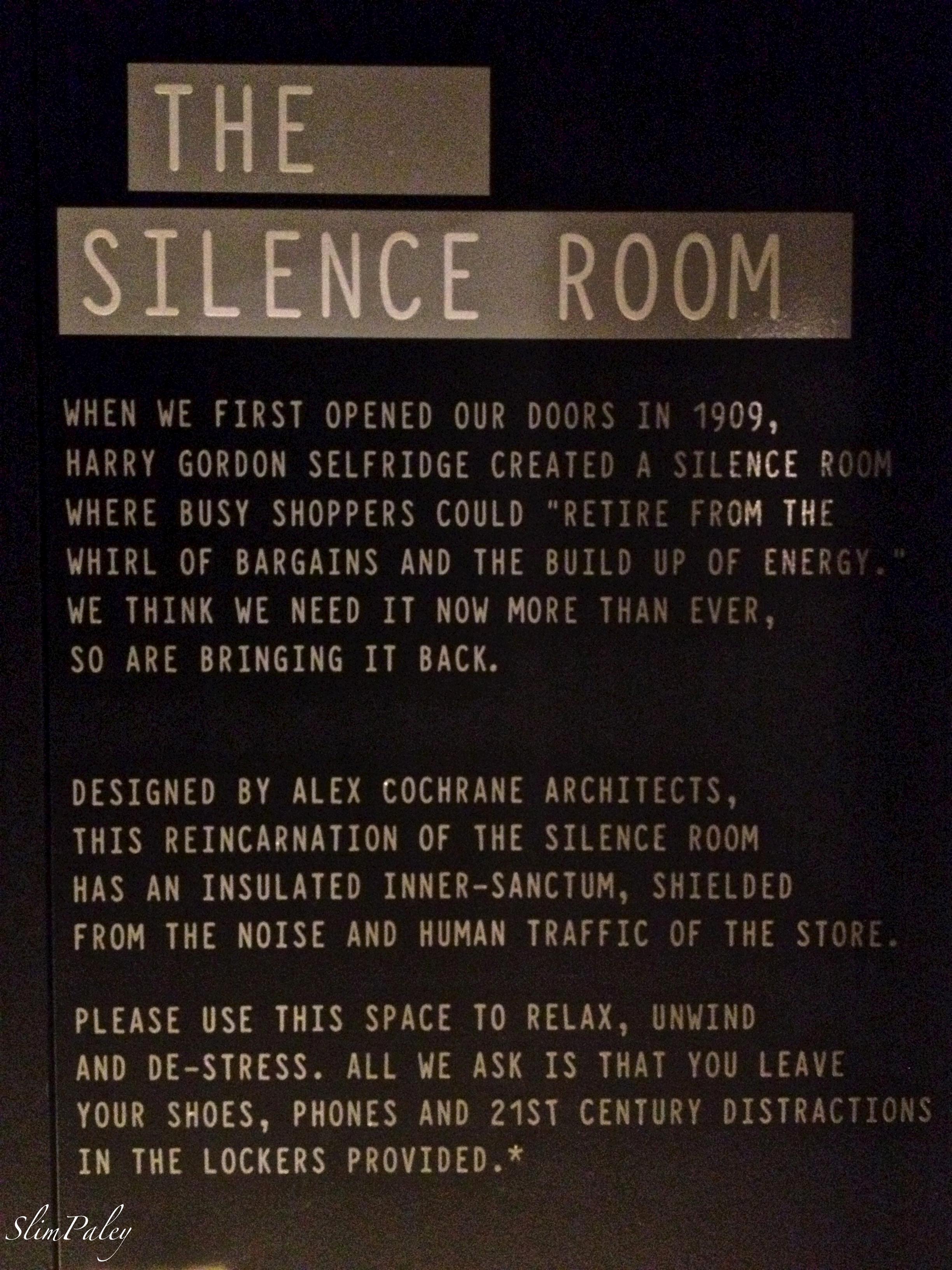 The new addition (at least new to me) of “The Silence Room” did alleviate my  anxiety.  I was obviously not alone.

I hadn’t lost my shopping mojo after all! 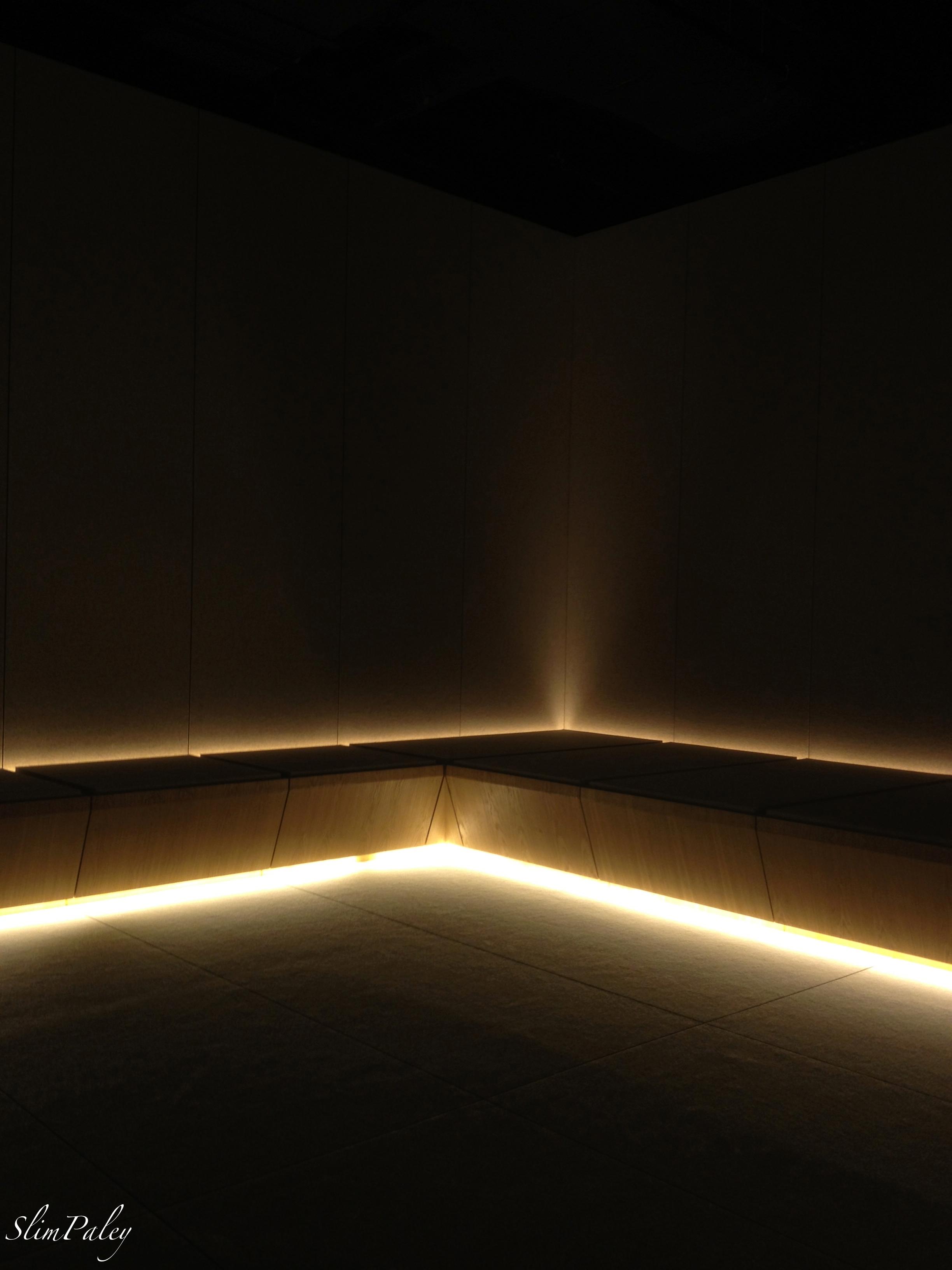 PS. there were two people making out in the corner. 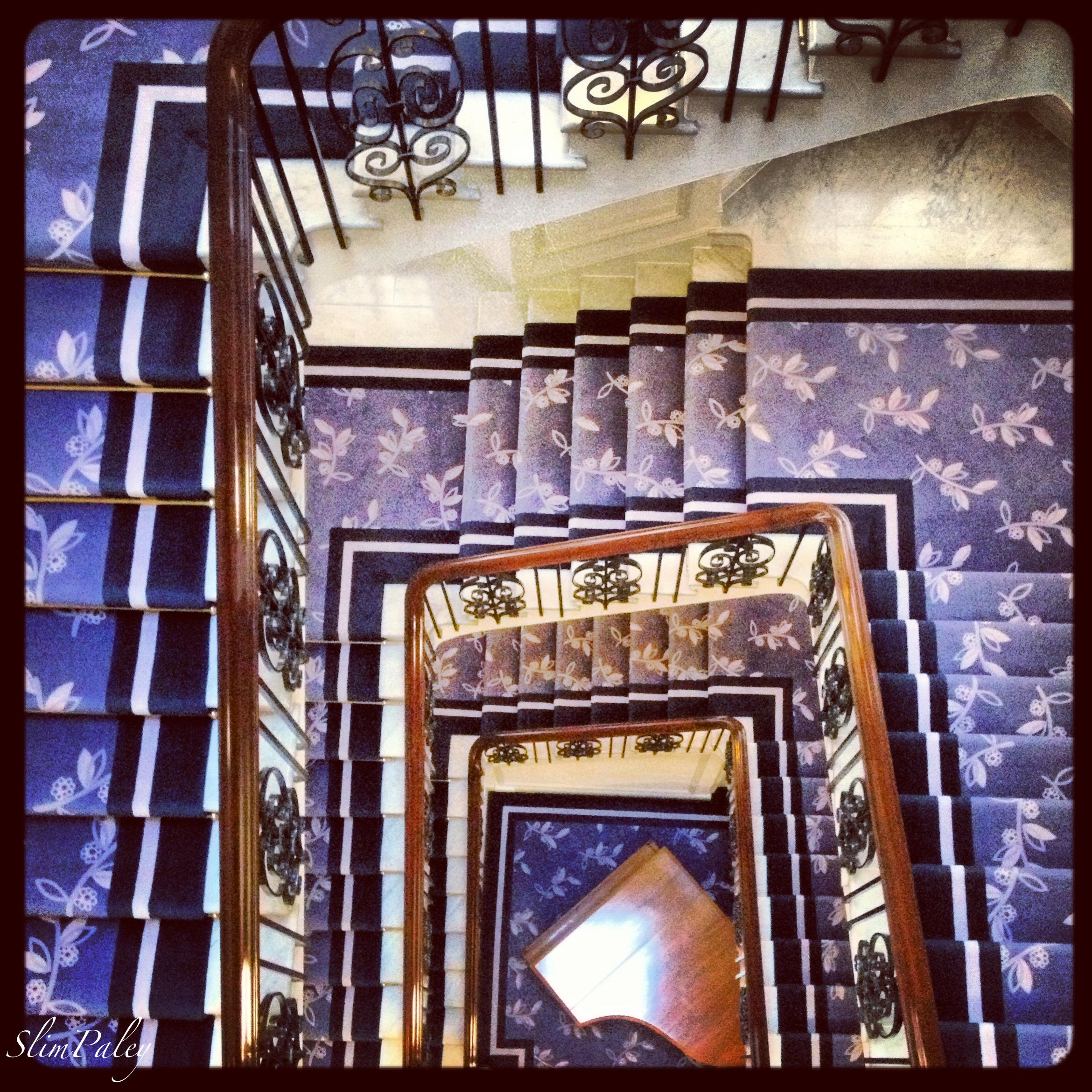 After the madness of Oxford St, we were relieved to come back to the cozy cocoon that is Claridge’s.

OK, some of the rooms could use a little re-do and the electrical outlets have been painted over so many times they look like pig snouts (Jerry Seinfeld) but it’s hard to beat for location, charm and a sense of history. 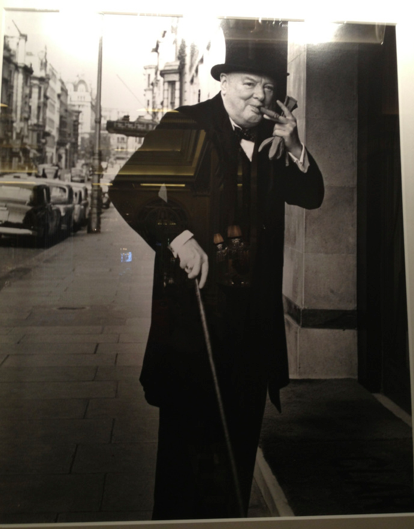 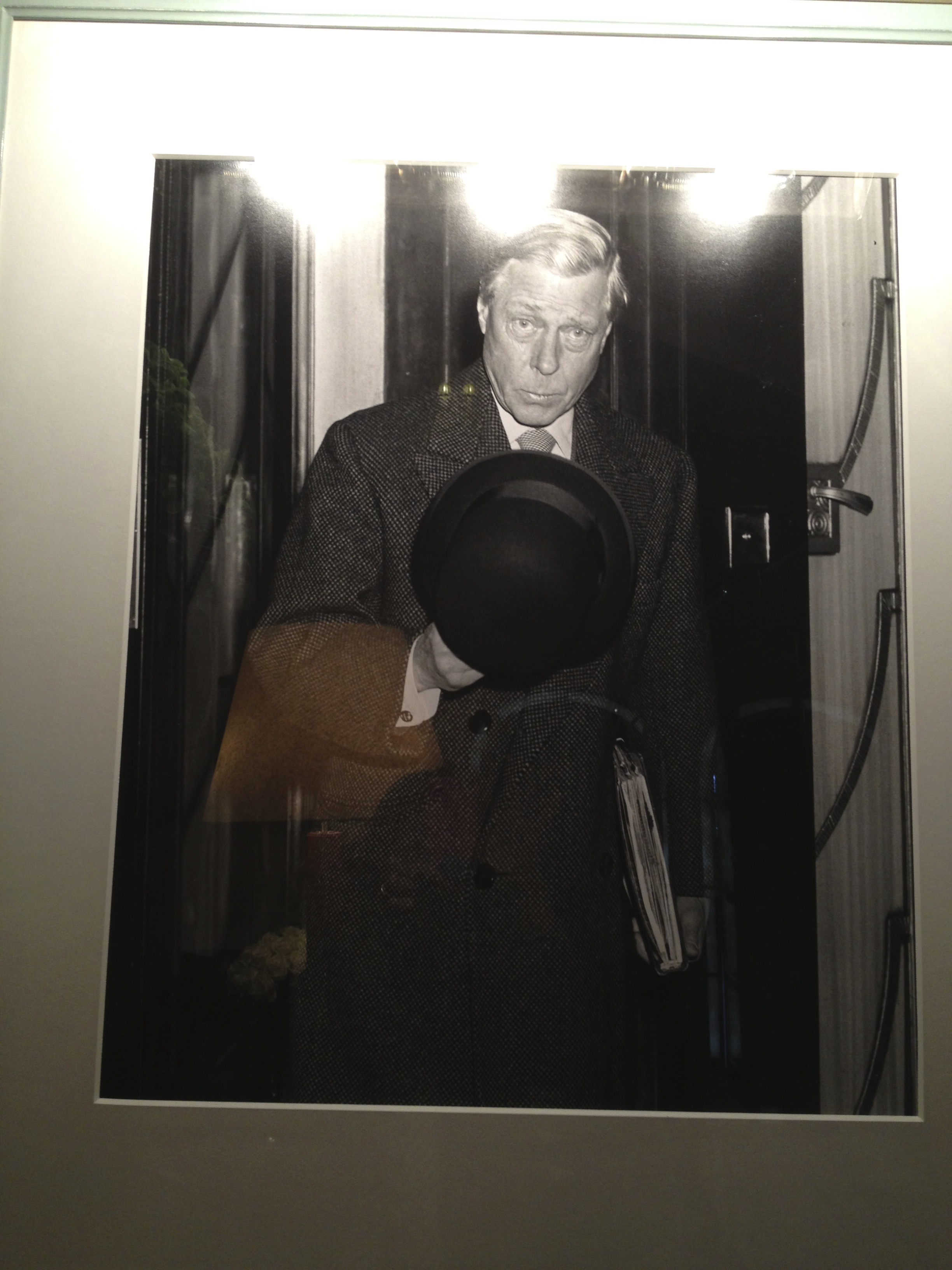 The Duke of Windsor exiting 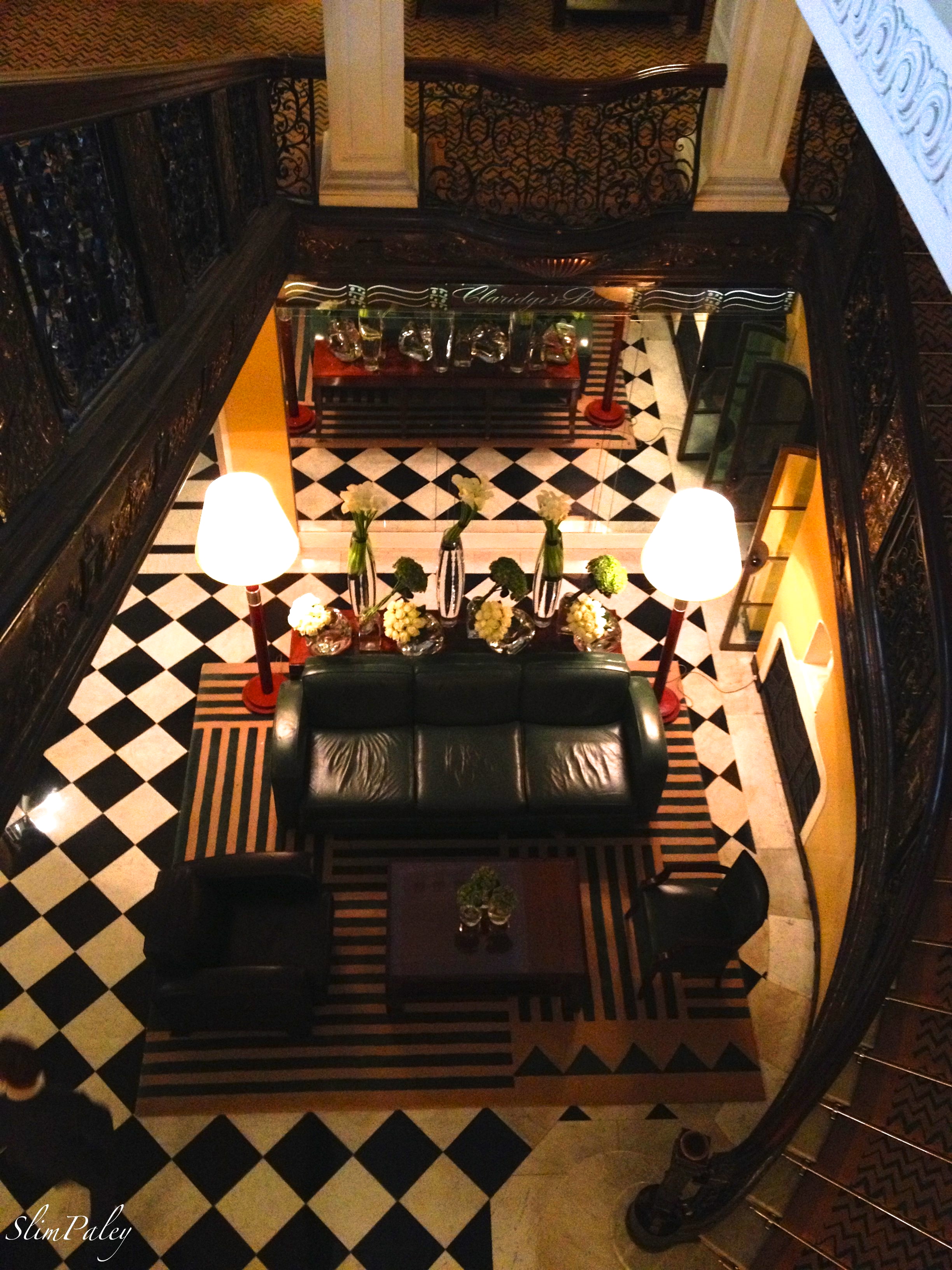 I adore the main entrance and tea salon. The flowers are always interesting and the people watching is fab. 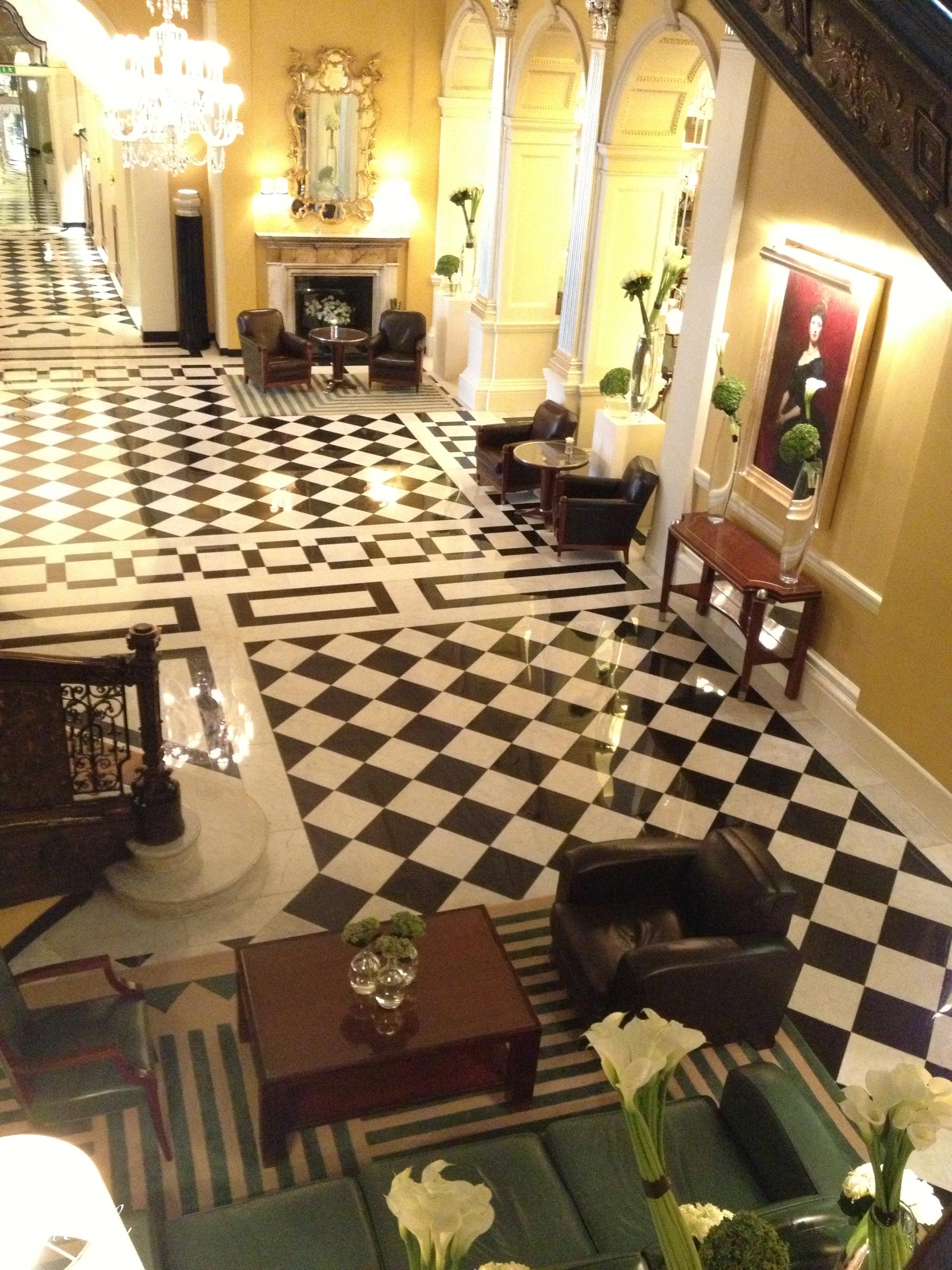 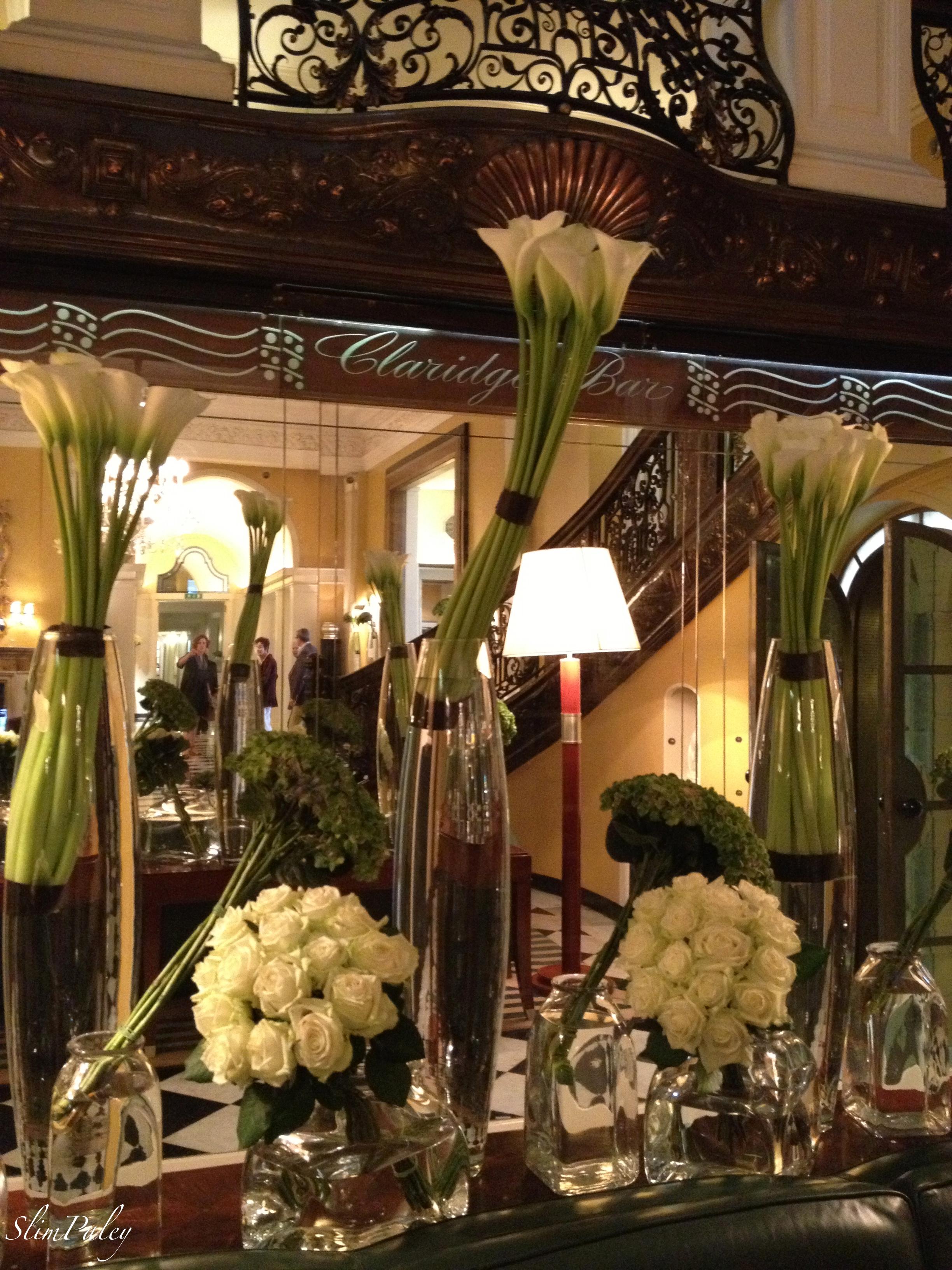 Happy Weekend to All!!

*First image of the Queen from Maison Bertaux