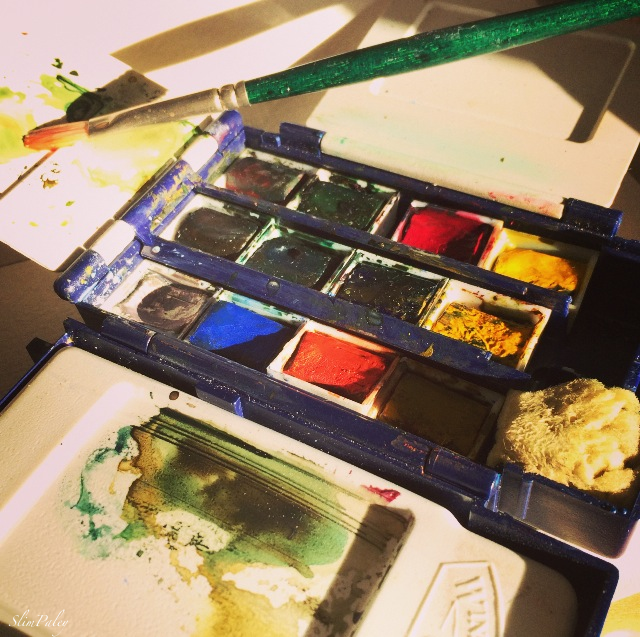 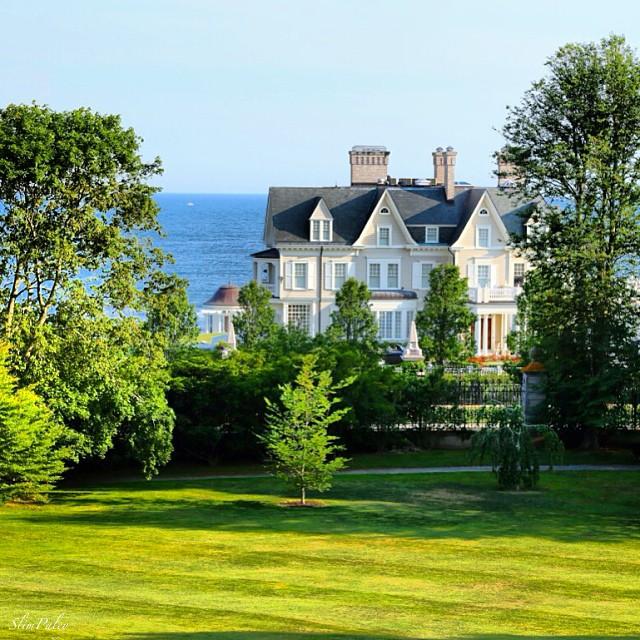 with a new App that I must share, in case you haven’t discovered it yet. 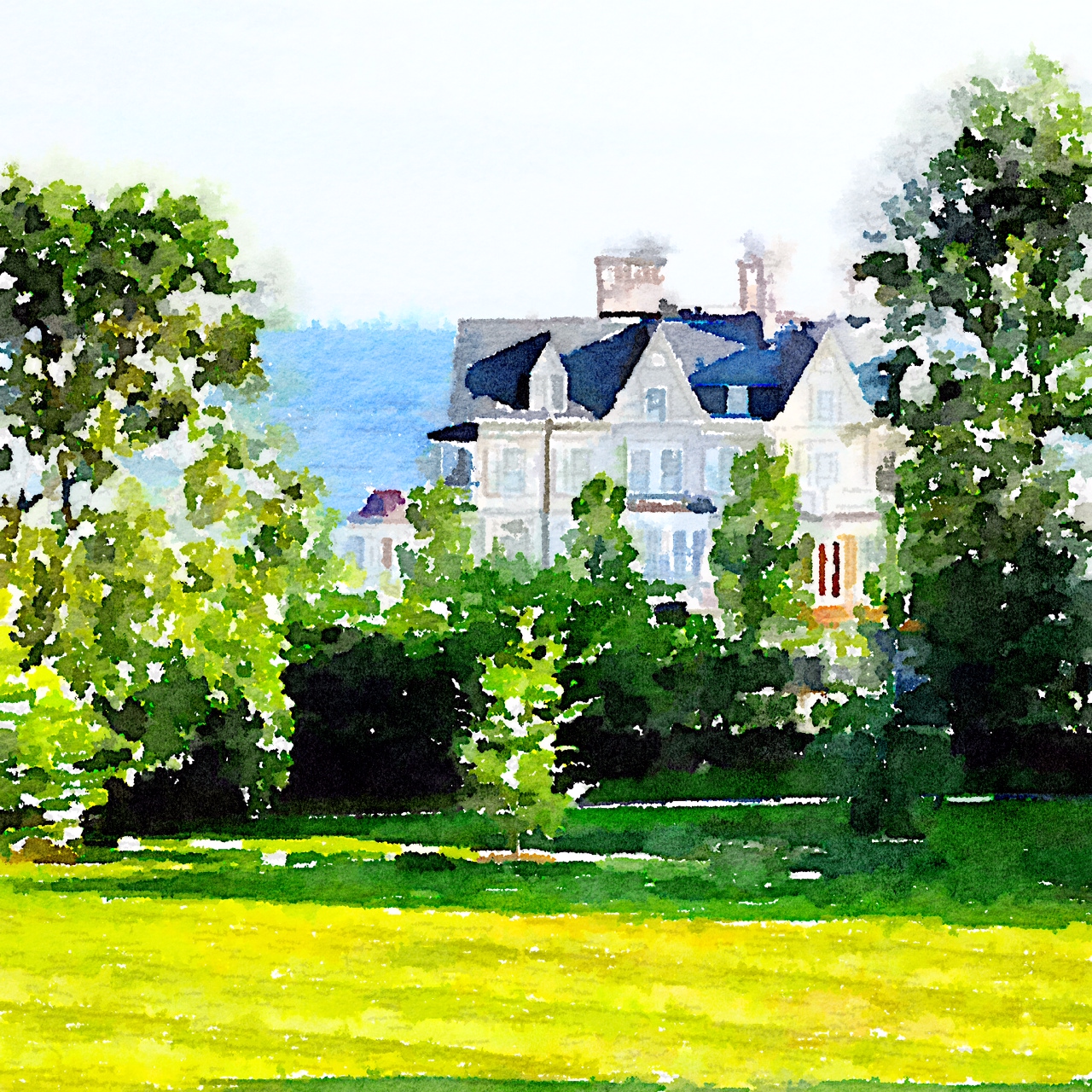 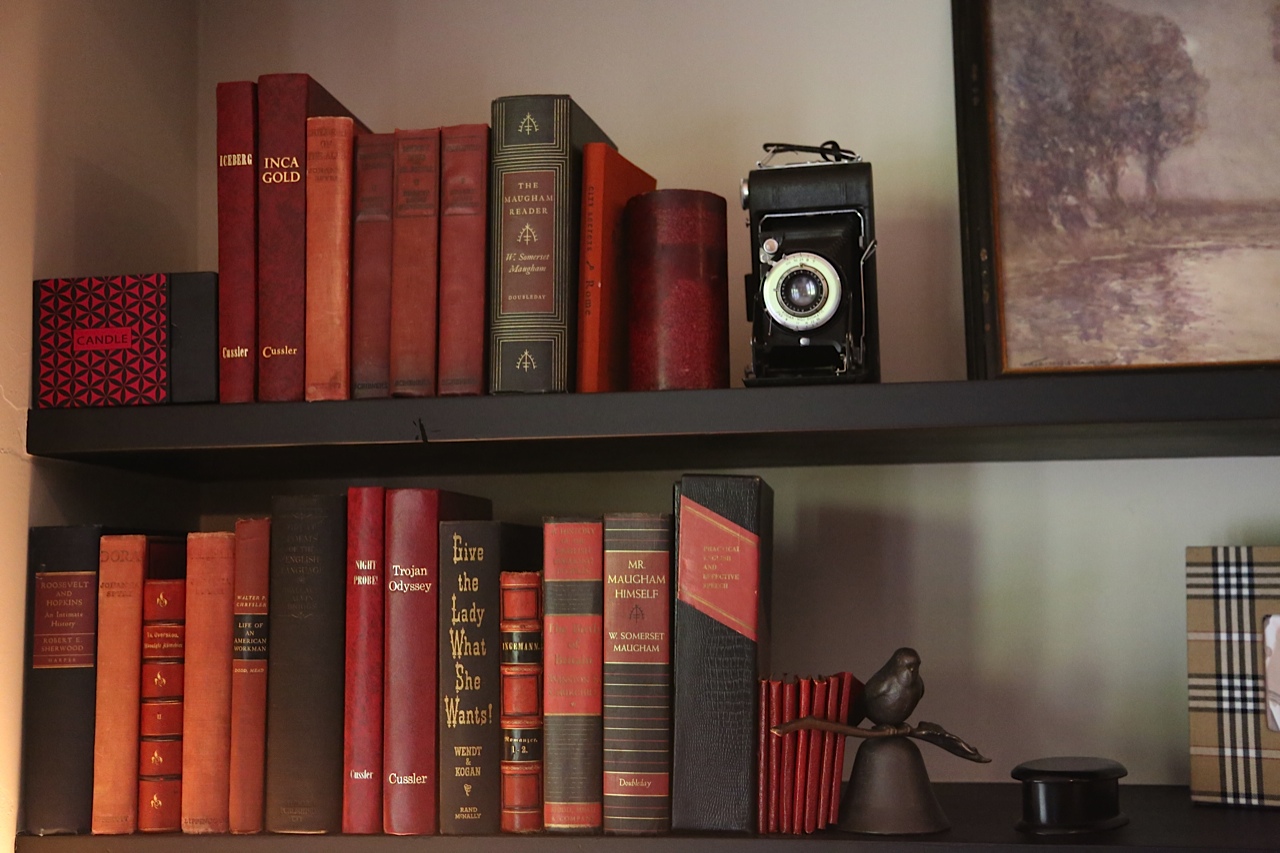 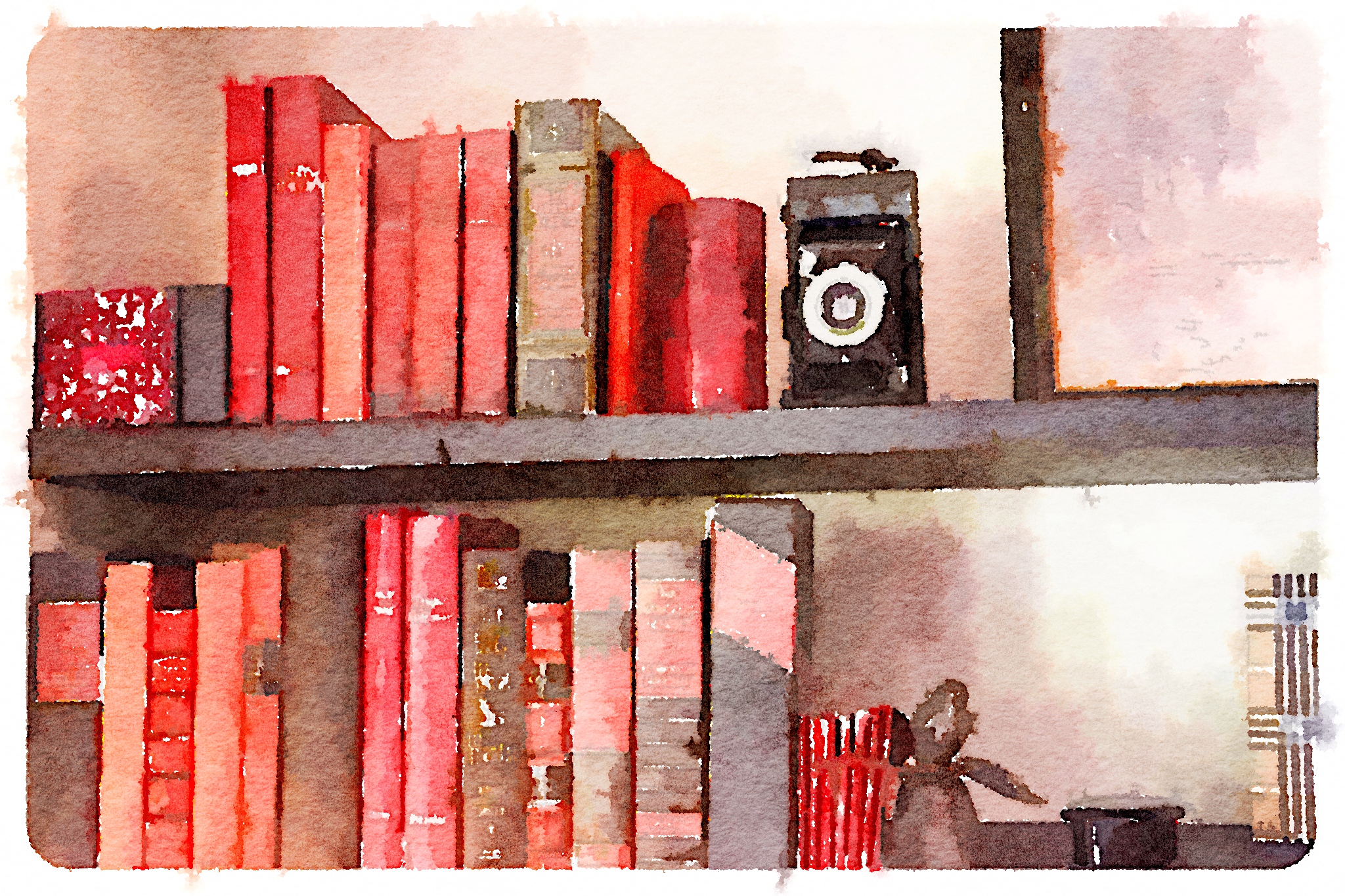 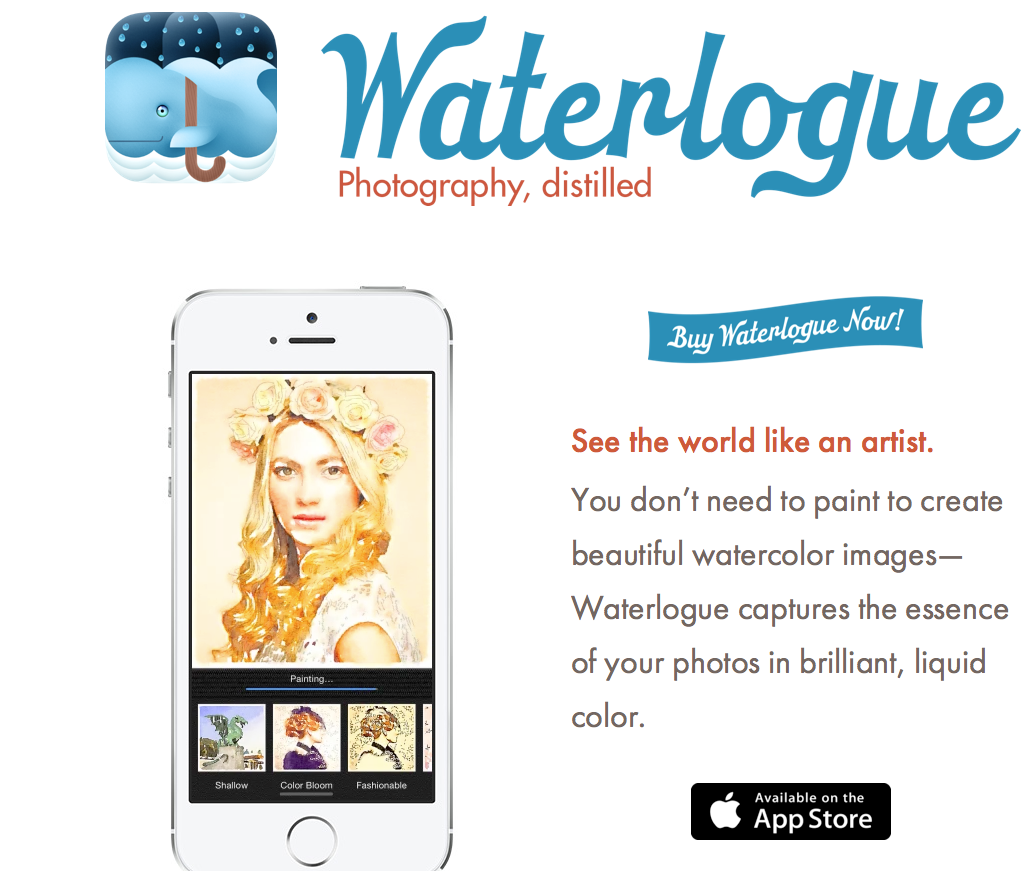 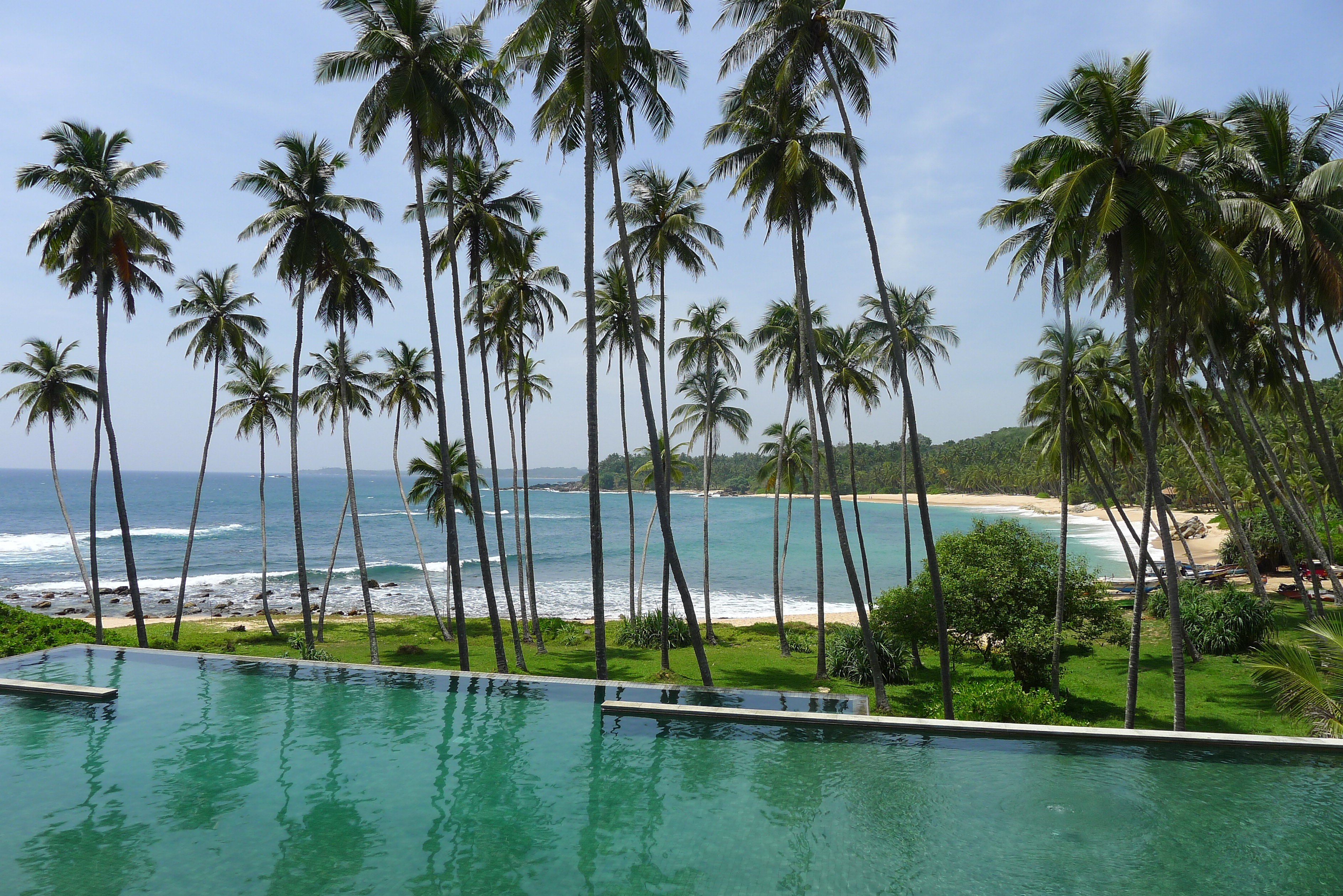 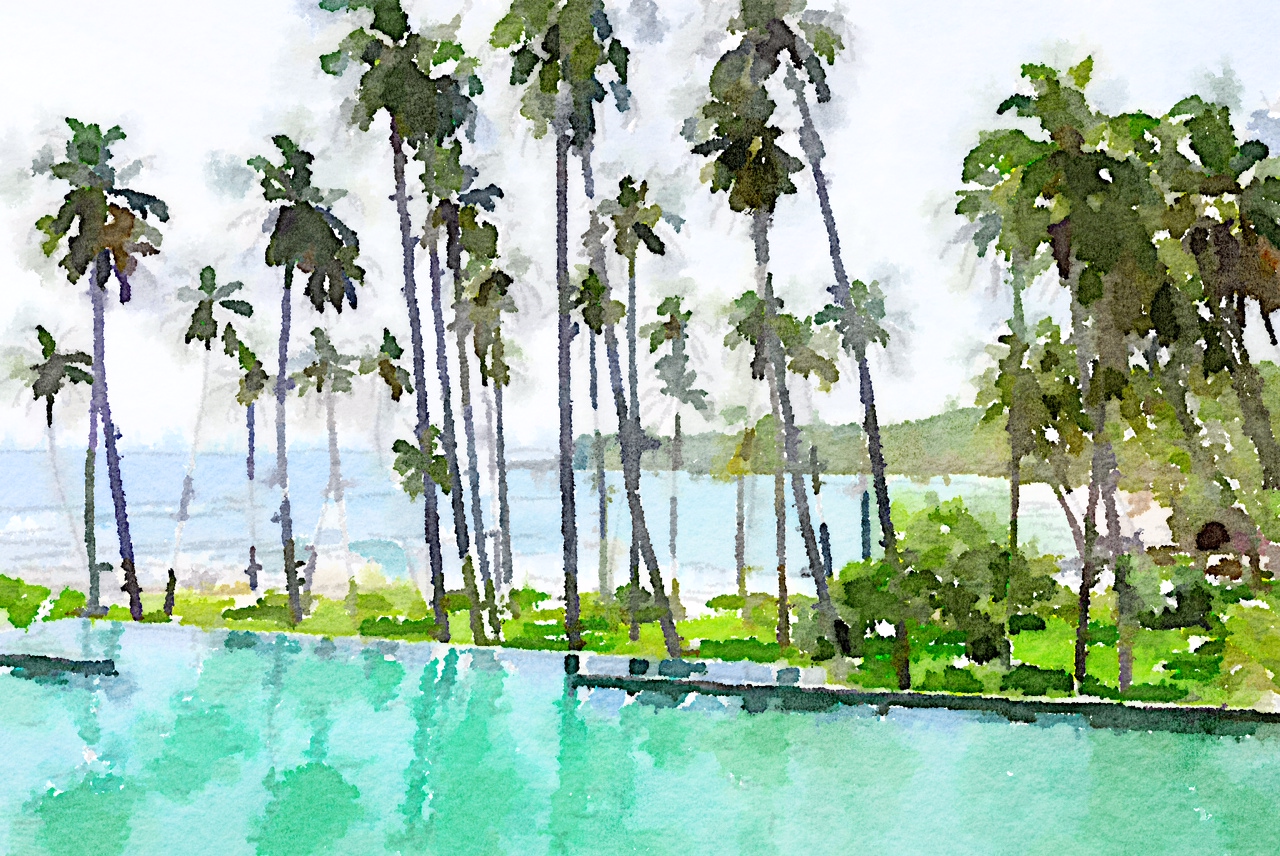 The watercolour I did not paint when I was there. 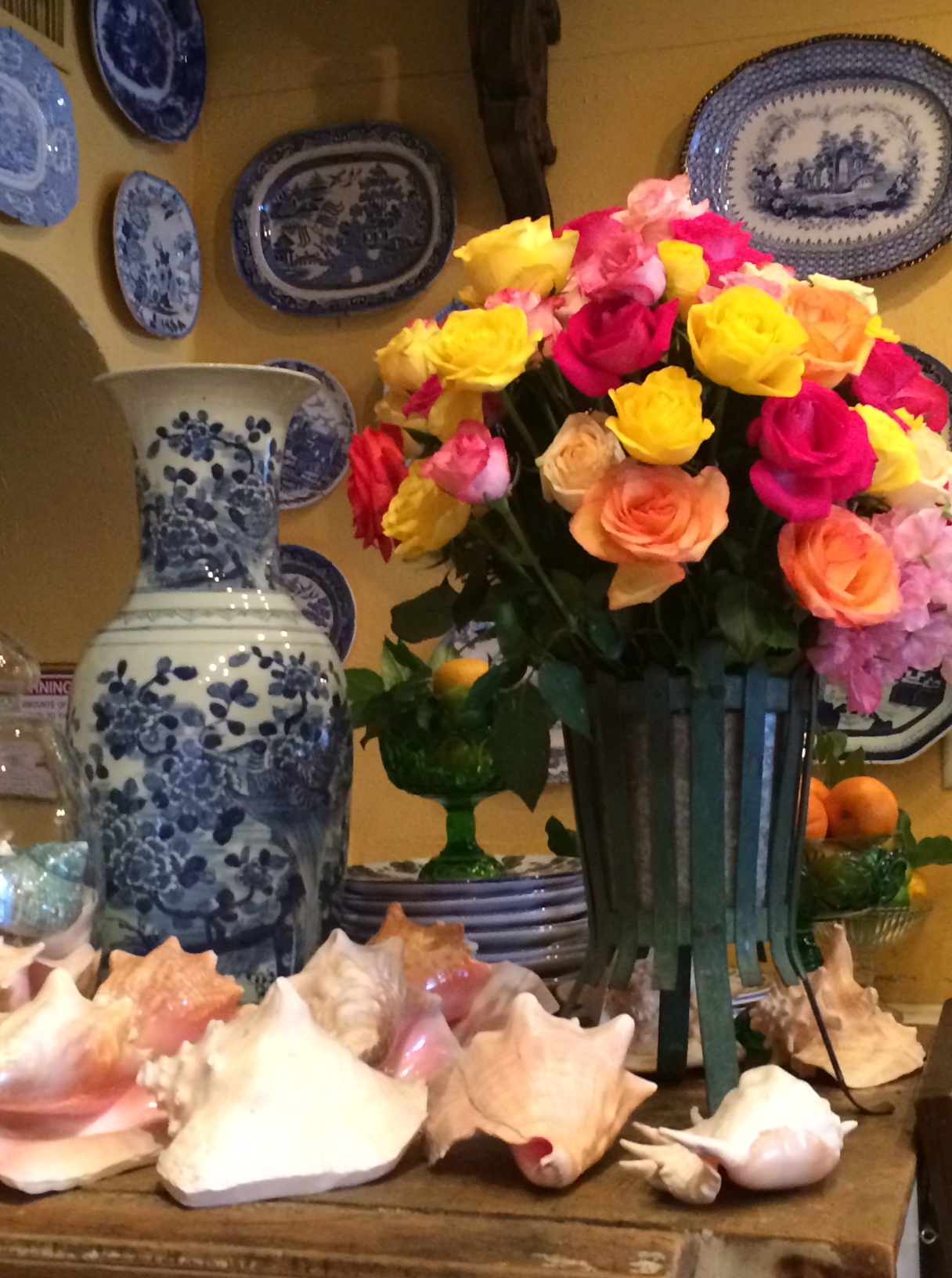 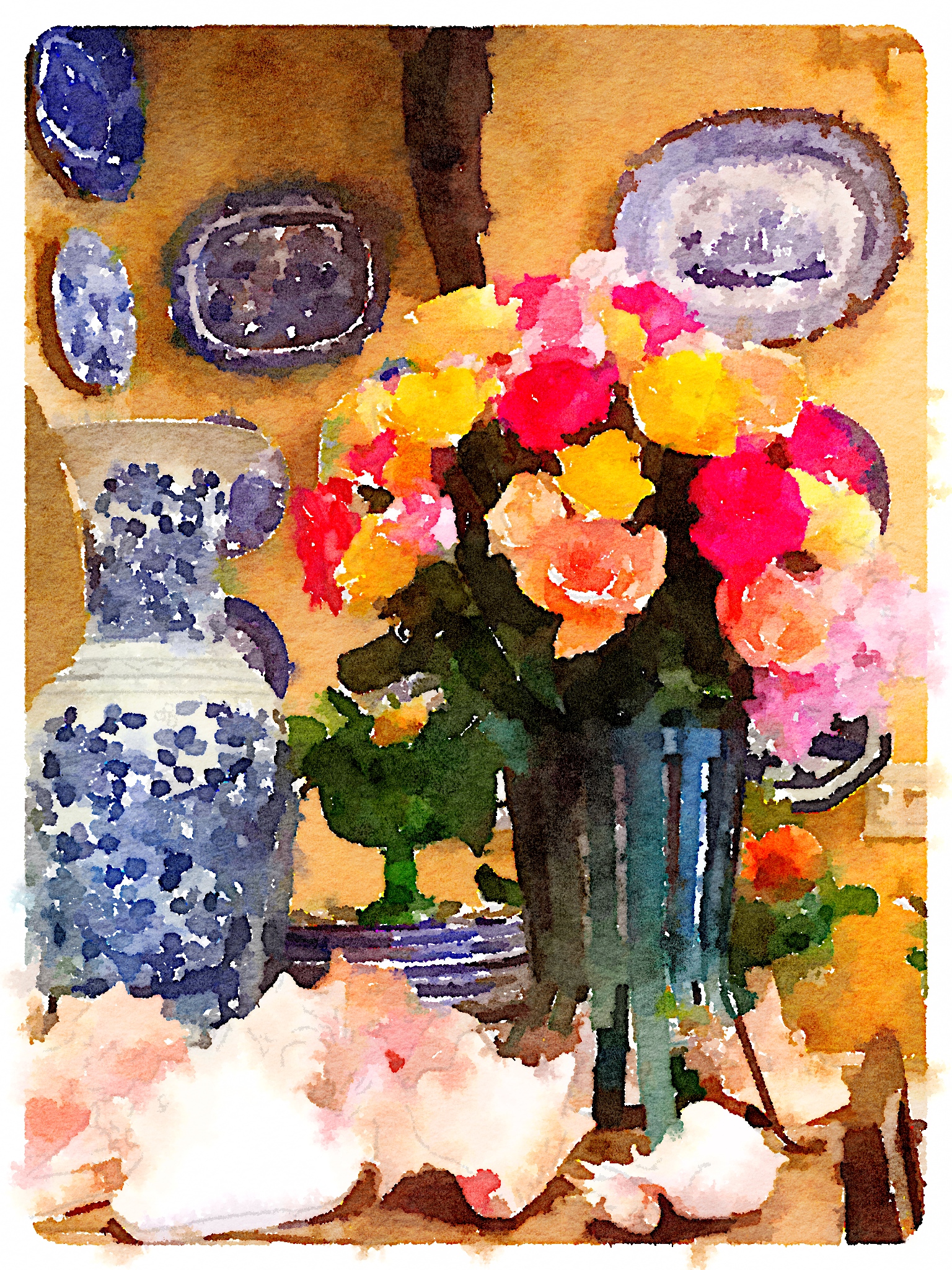 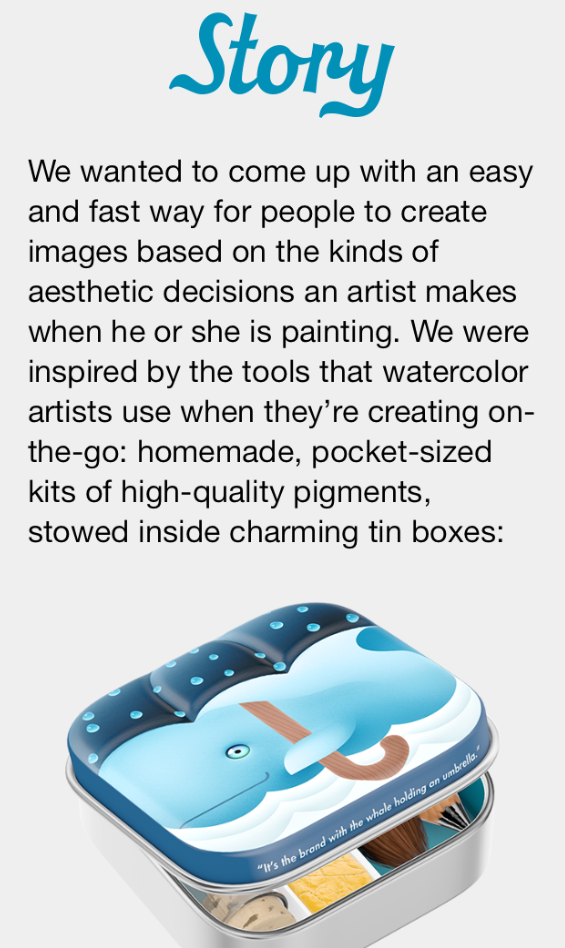 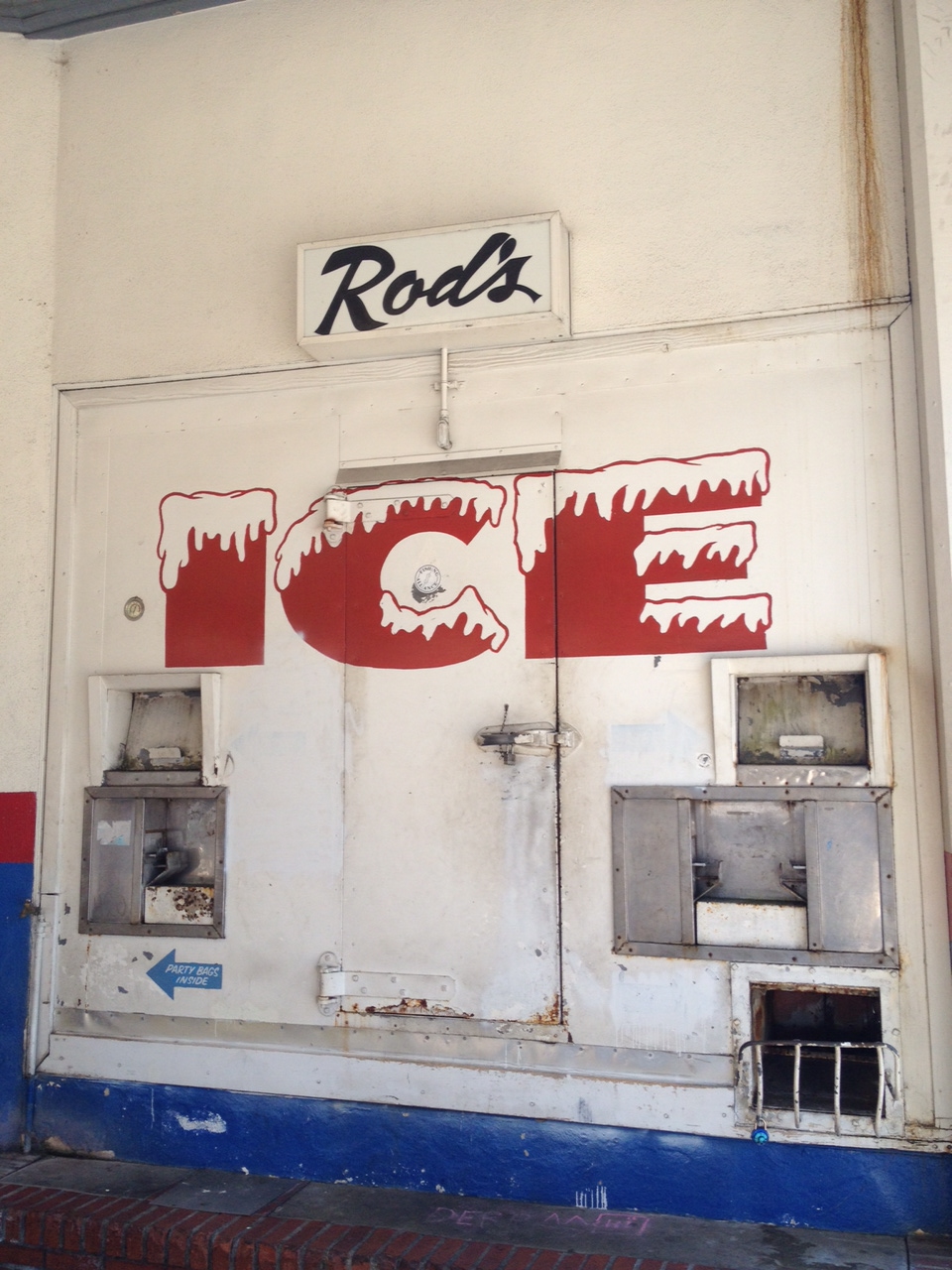 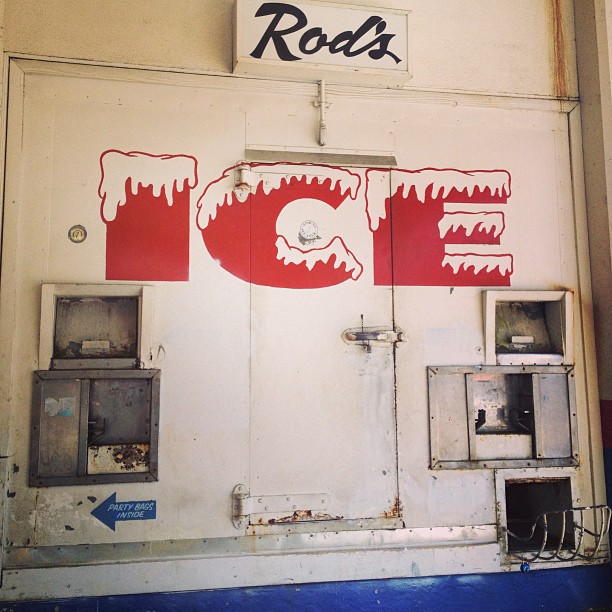 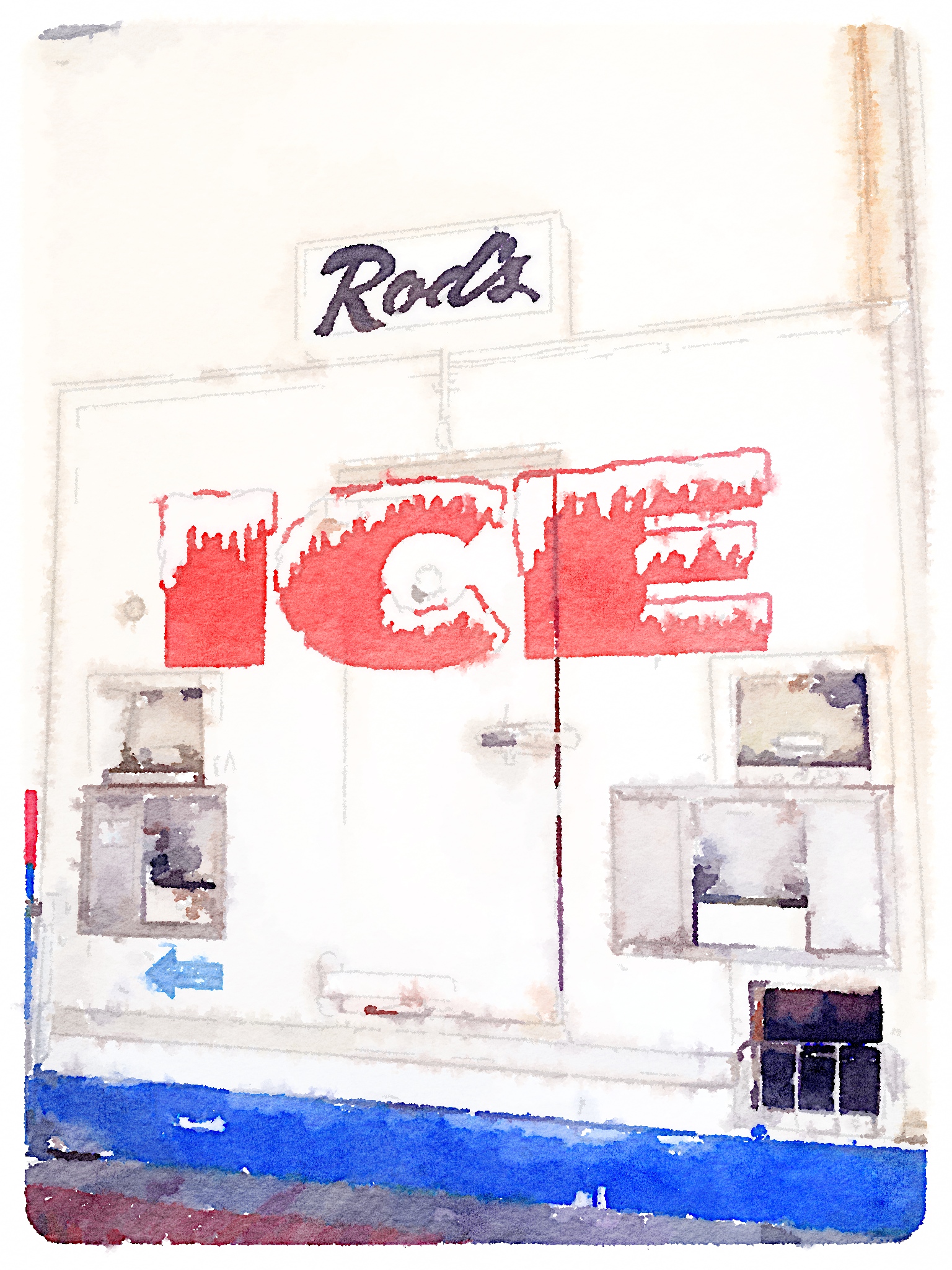 I’ll admit it’s a bit of a cheat, and certainly doesn’t come close to a real hand-done watercolour (except, ya it does!) but it’s so much fun!

Perhaps it might even inspire one to really paint. 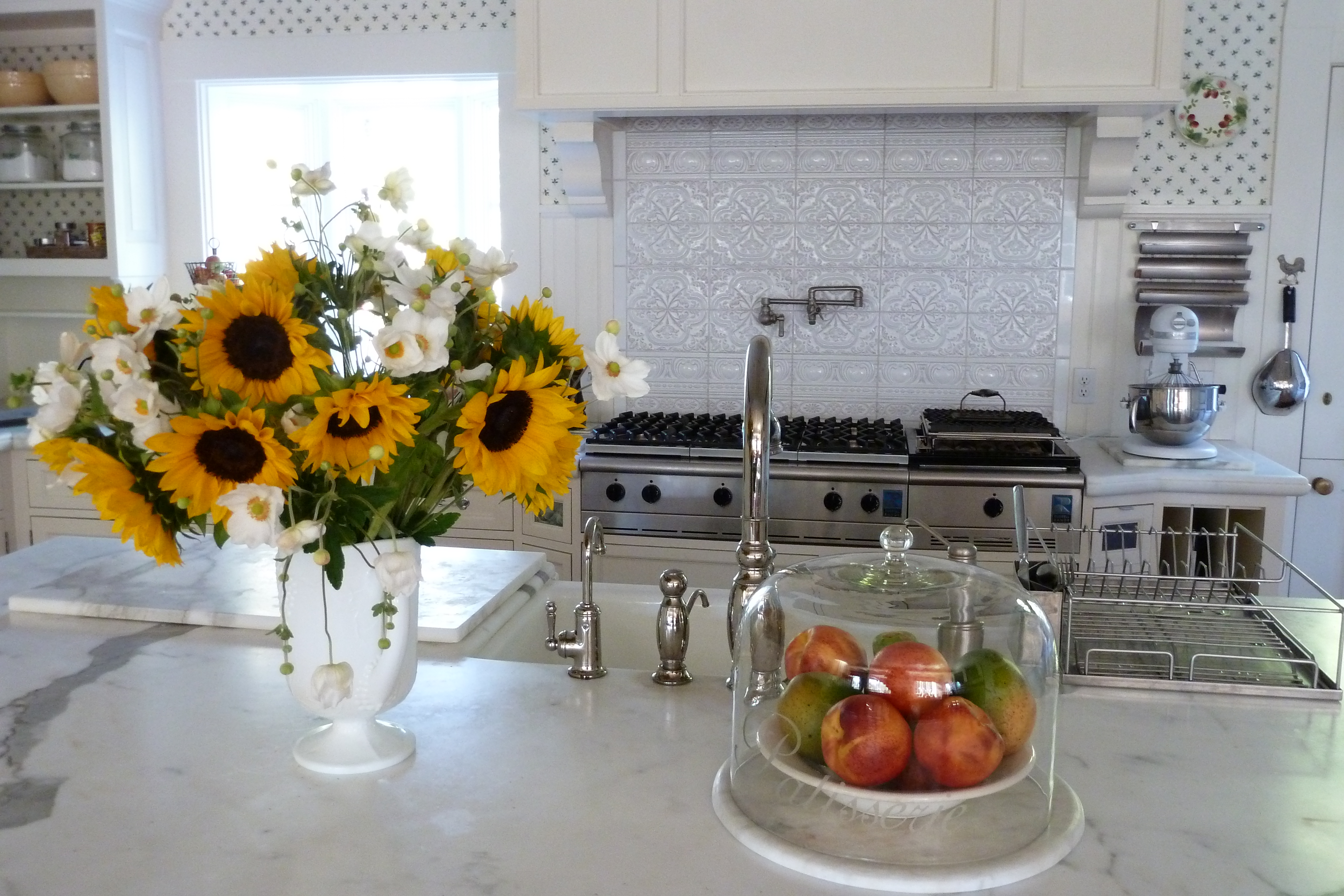 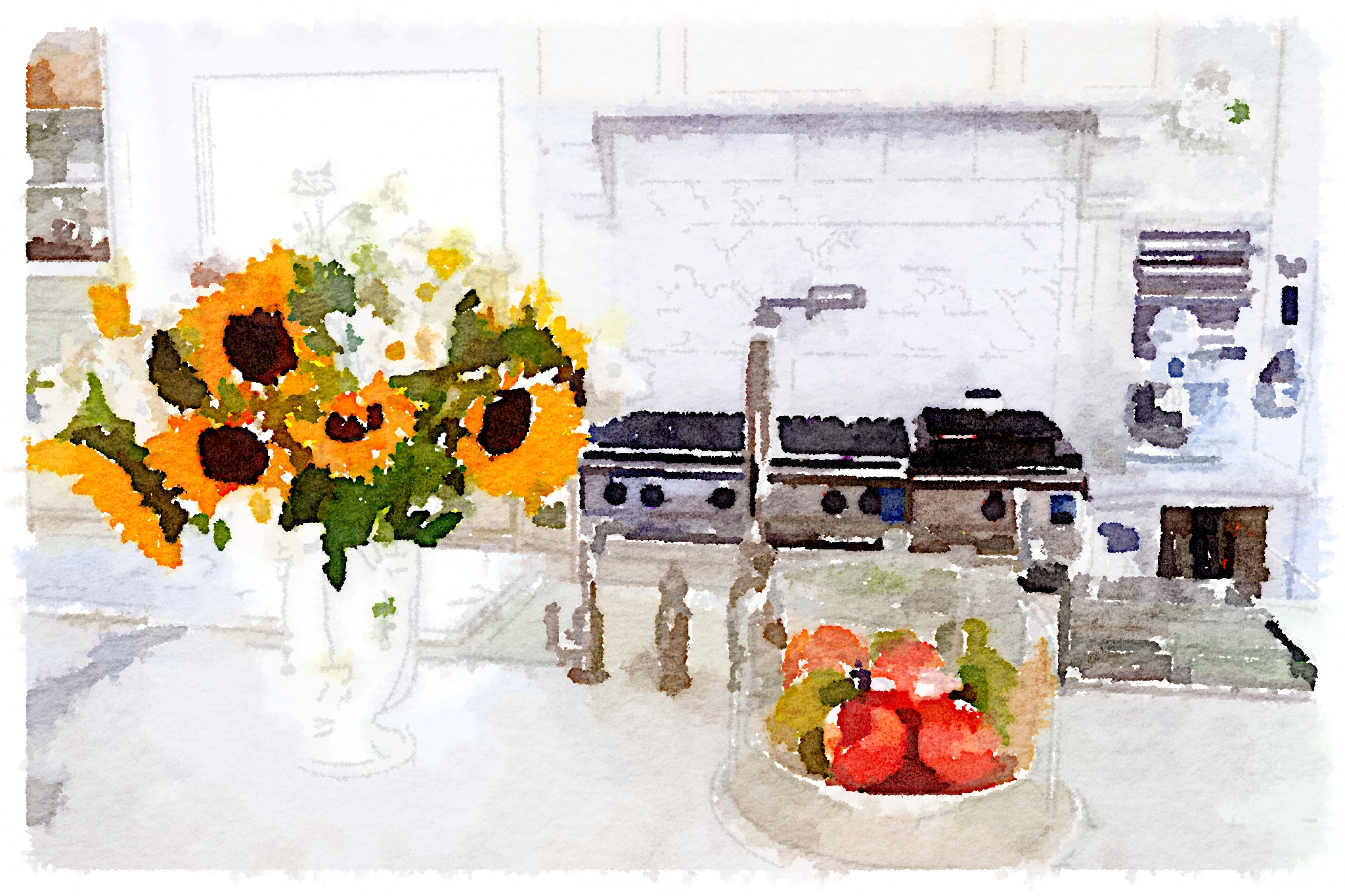 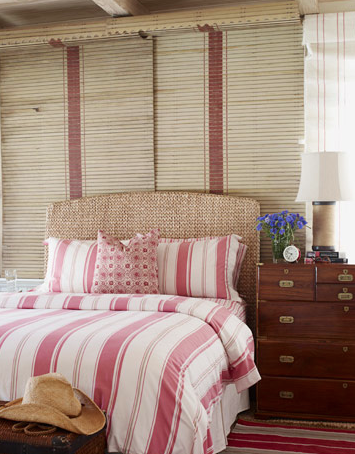 A bedroom at the beach house (photo via House Beautiful) 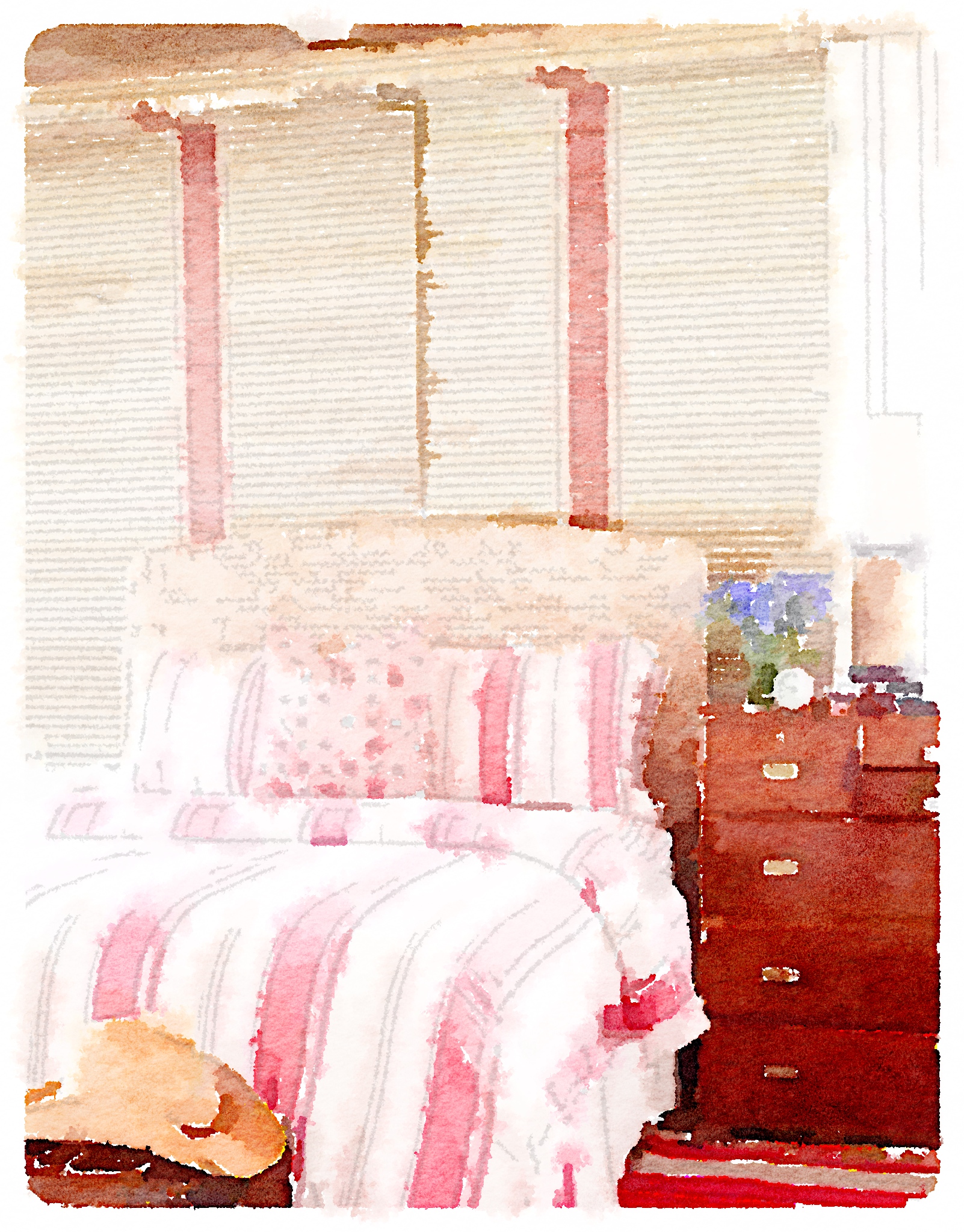 There are plenty of options to play with; depth of colours, brush strokes etc. 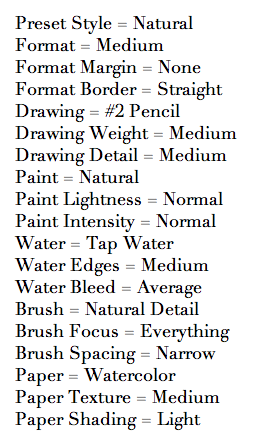 but don’t let this scare you in any way- click 3 times Dorothy and bam, you’re an artist. 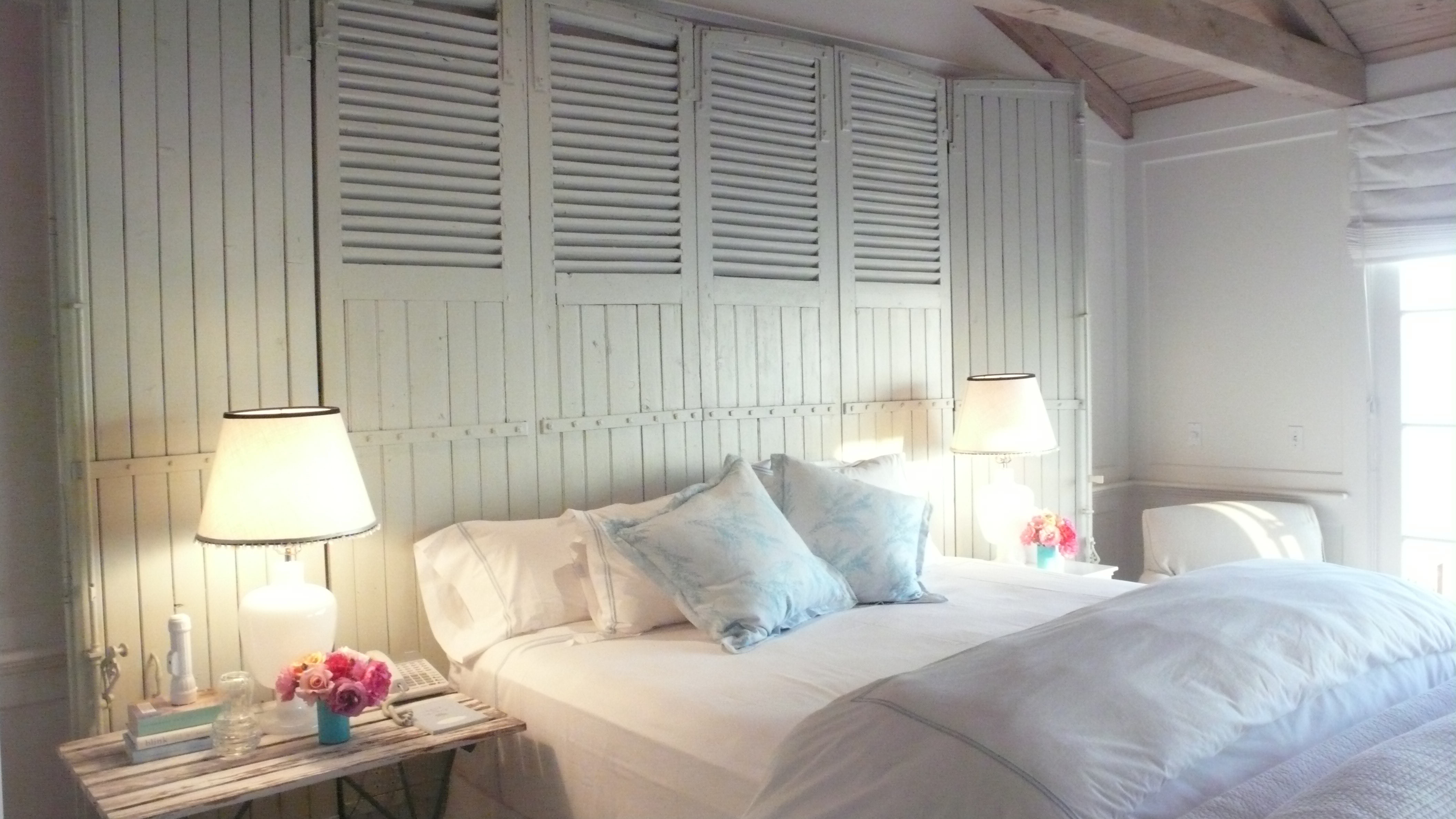 Another pic from the beach house (photo via House Beautiful) 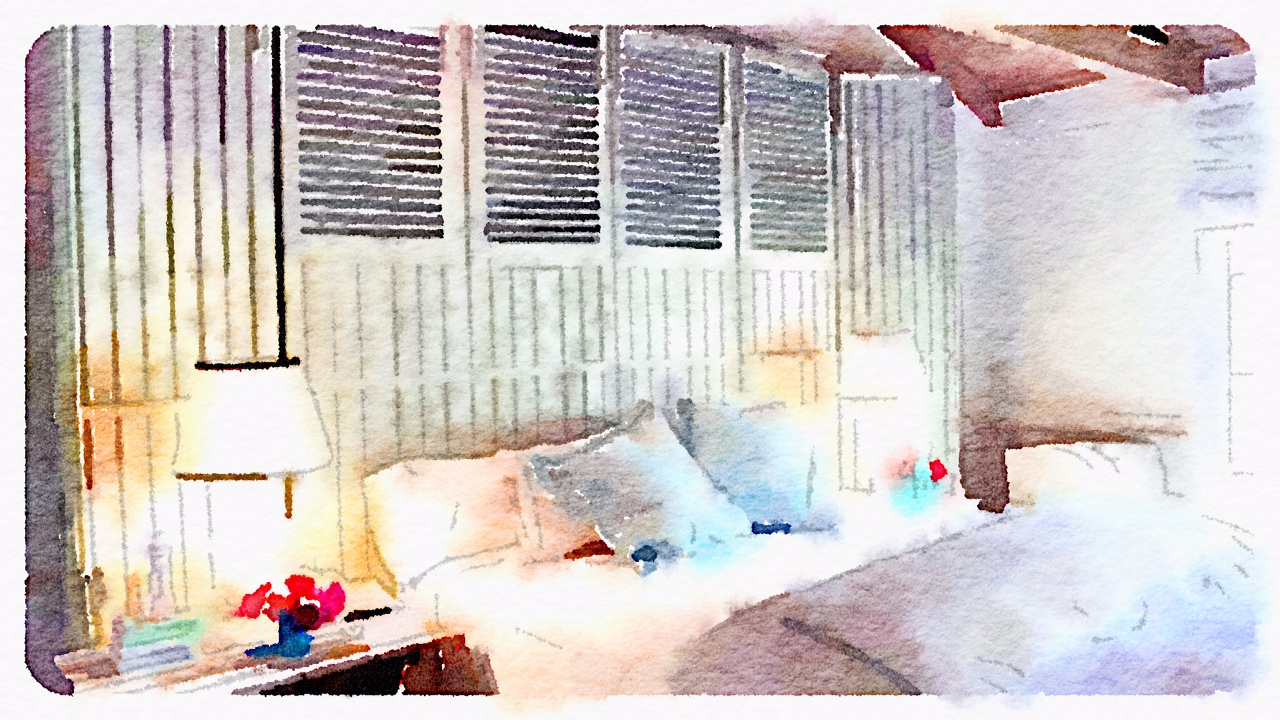 You can get as abstract as your little artistic heart desires

Waterlogues may be instantly emailed, tweeted, Tumblr-d, Instagramed, even sent as snail mail postcards directly from your account (for an additional $1.99) 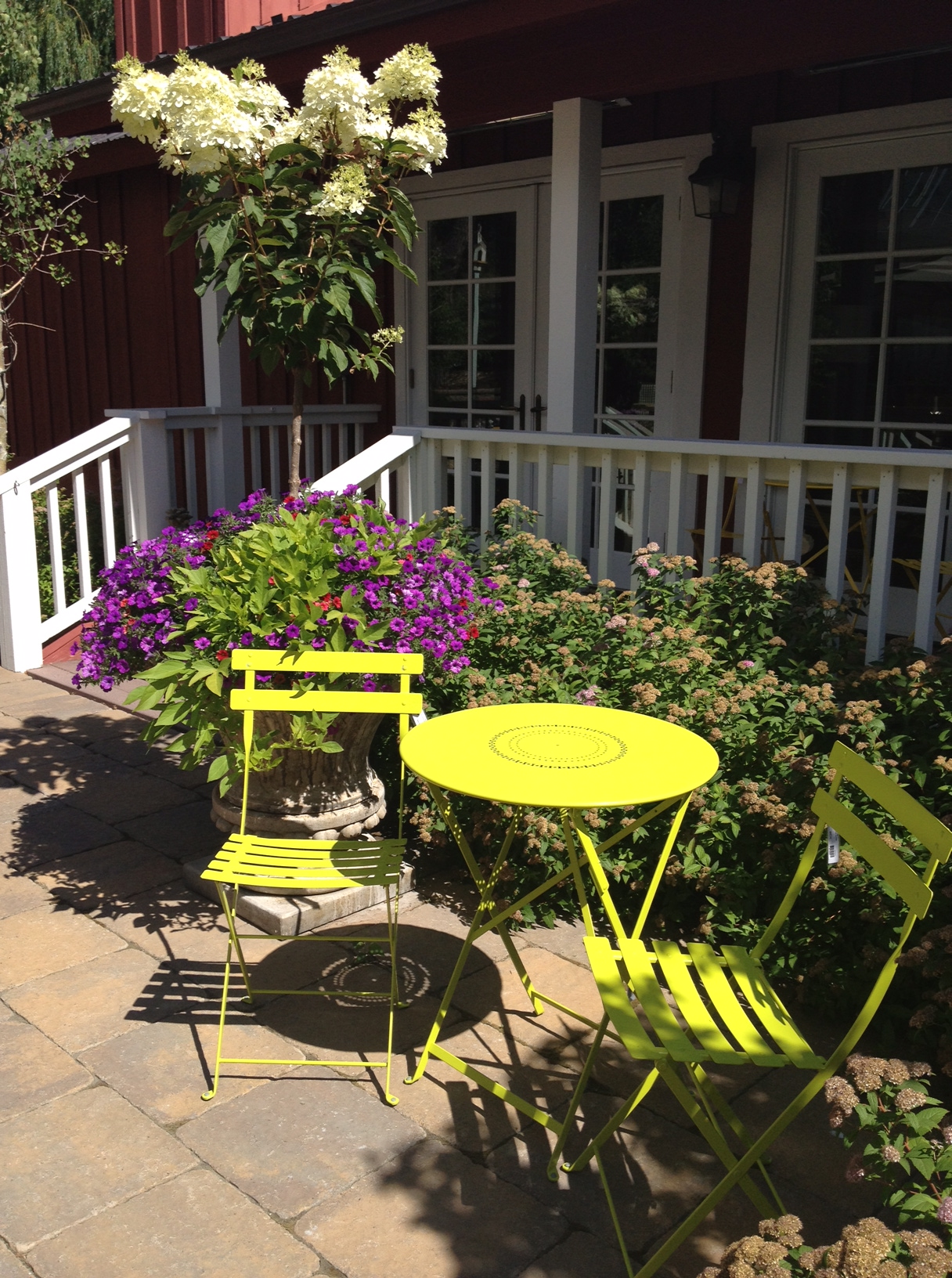 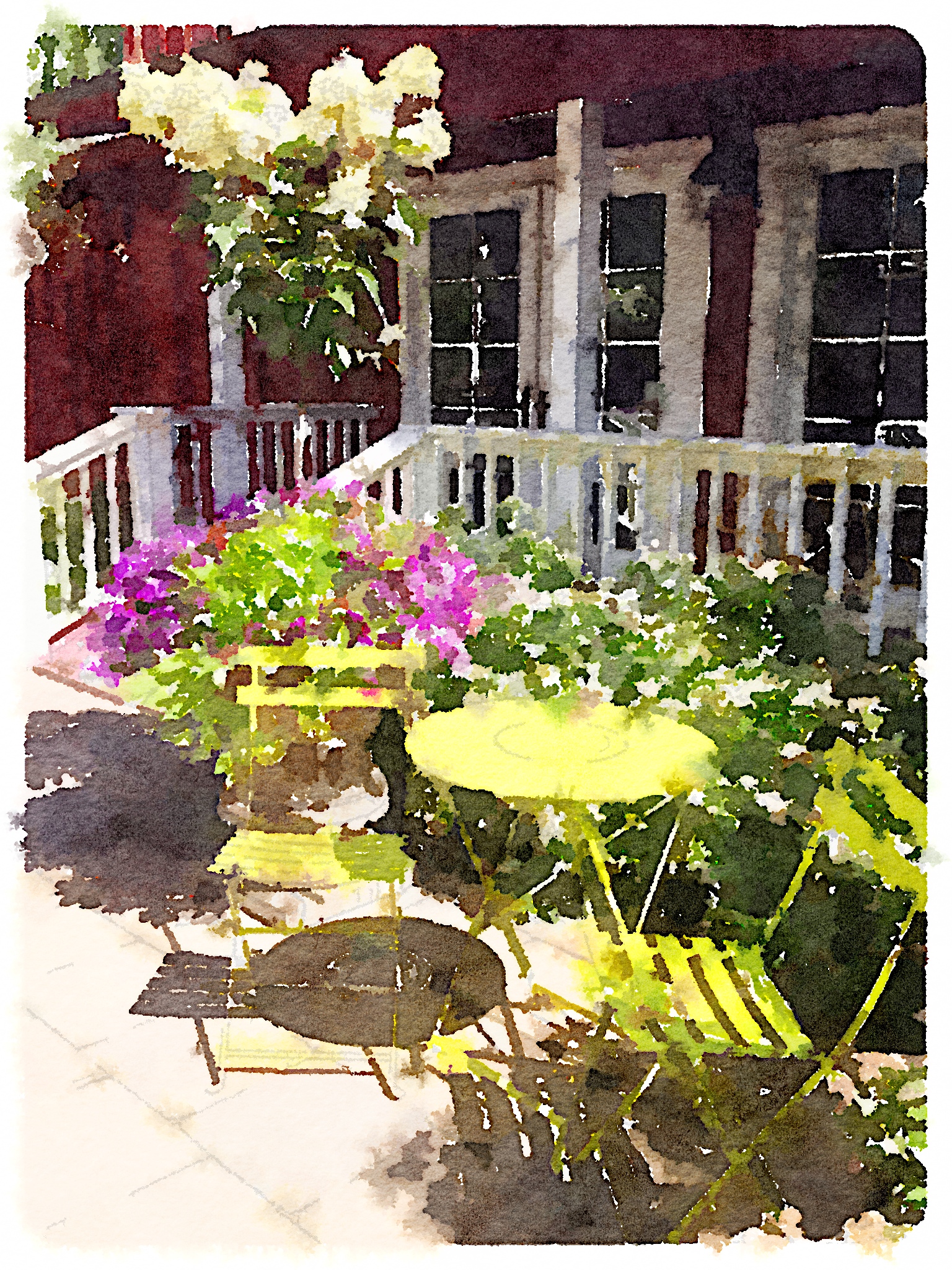 I really like this one, even if I do say so myself, but that’s part of the fun.  You never know how the pics will turn out. Some photos I think will be great don’t translate well and vice-versa. I’ve only just begun to play.

‘Waterlogue’ may very well have created their ultimate monster in me.

Not sure how many of you caught the Grammy Awards last Sunday, but much ado was made of Pharrell’s choice of “chapeau”

Now I’m not one to toot my own horn ( except every possible chance I get 🙂 ) but the moment I spied that HAT I was transported right back to 1980’s London faster than you can say “Kajagoogoo”!

I couldn’t resist chiming in to the Twitter Universe immediately ( I believe I was the first to call it–cue horn) to inform all the haters that, in fact, Pharrell was sporting an uber cool vintage Vivienne Westwood/Malcom McLaren “Buffalo Girls” hat.

Yes, I’m that old and also apparently proud of it on occasion! 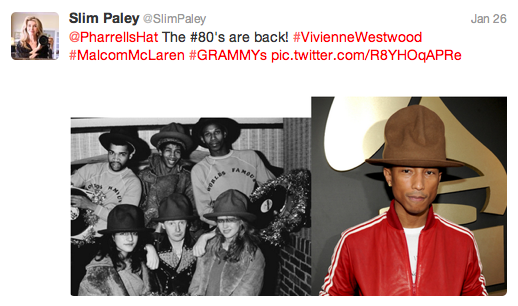 BTW, Ronan never tweeted me back. Whatever…see if I watch his new show now.

Although I realise Malcolm McLaren & Vivs Westwood weren’t as well known Stateside, if you’re young and even vaguely interested or, um, perhaps just wish to ignite old memories too, you can click to view the original video HERE

As I hash-tagged in my tweet…nothing’s ever really new, just re-intrepeted. 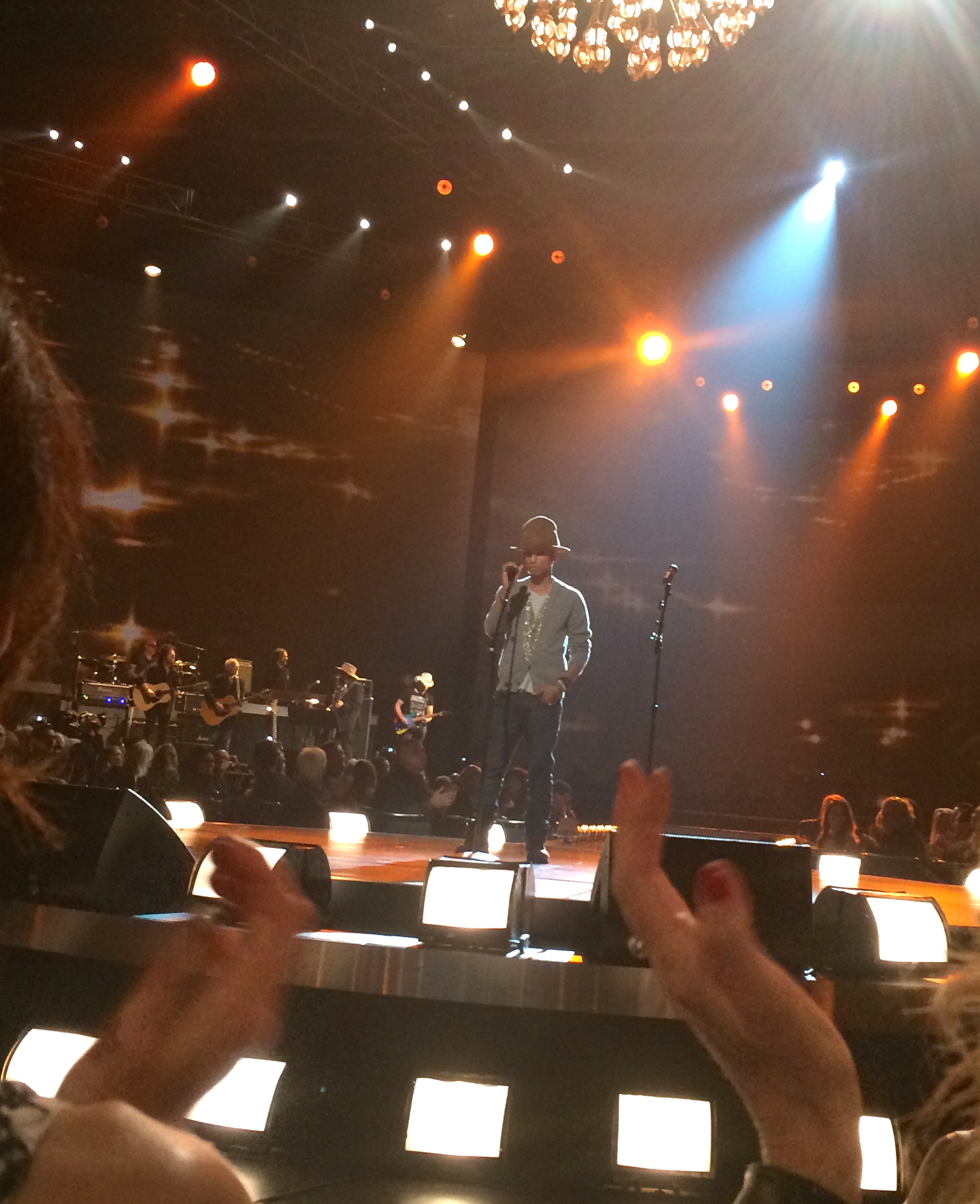 PS. Pharrell wore THE hat again the next night at the taping of ‘The Night That Changed America; A Grammy Salute to the The Beatles’  which I was most awesomely lucky enough to attend. 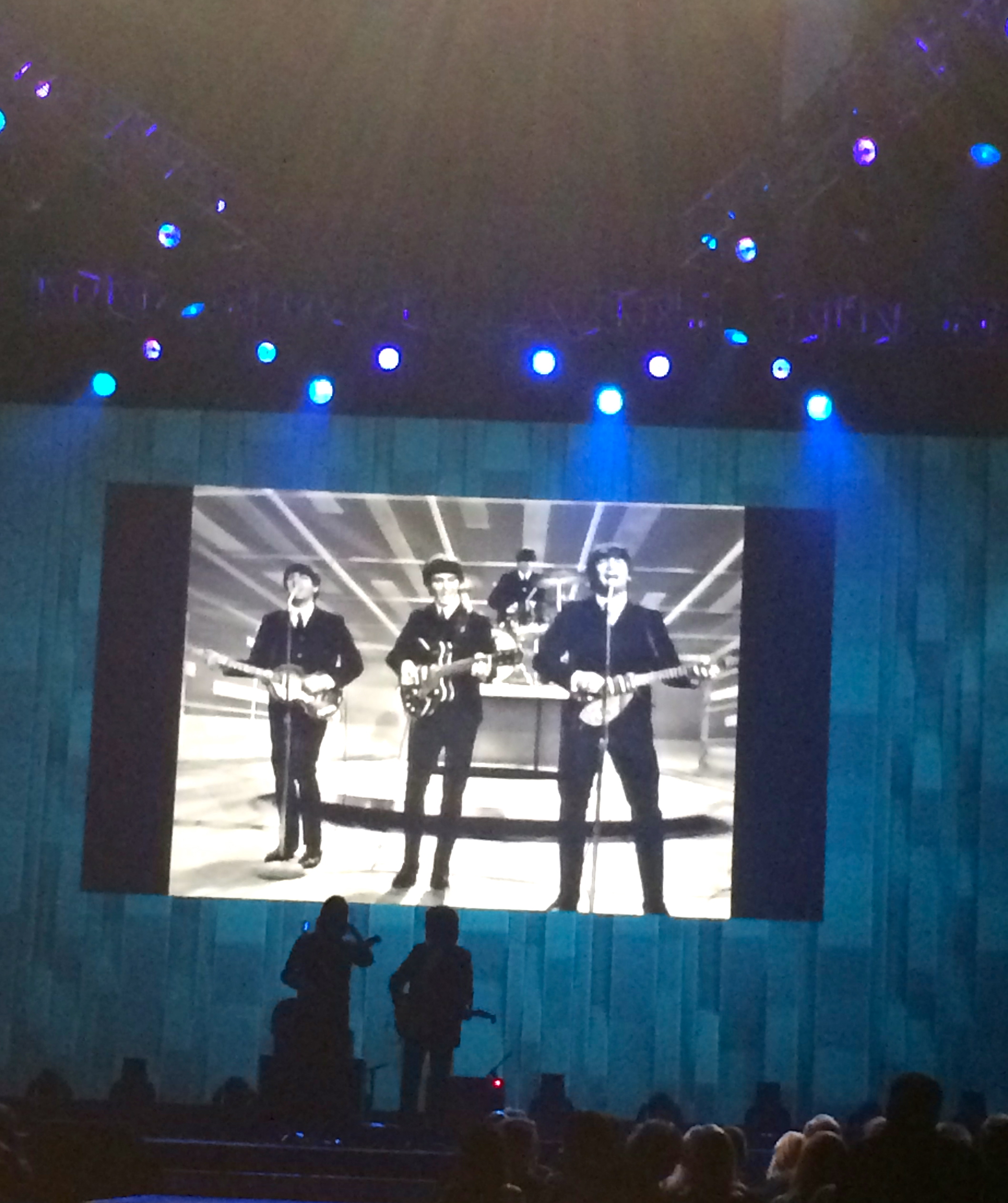 And what an brilliant show it was. I don’t want to spoil the surprises-just watch if you possibly can. It airs February 9th on CBS-50 years to the day The Beatles first appeared on The Ed Sullivan Show. 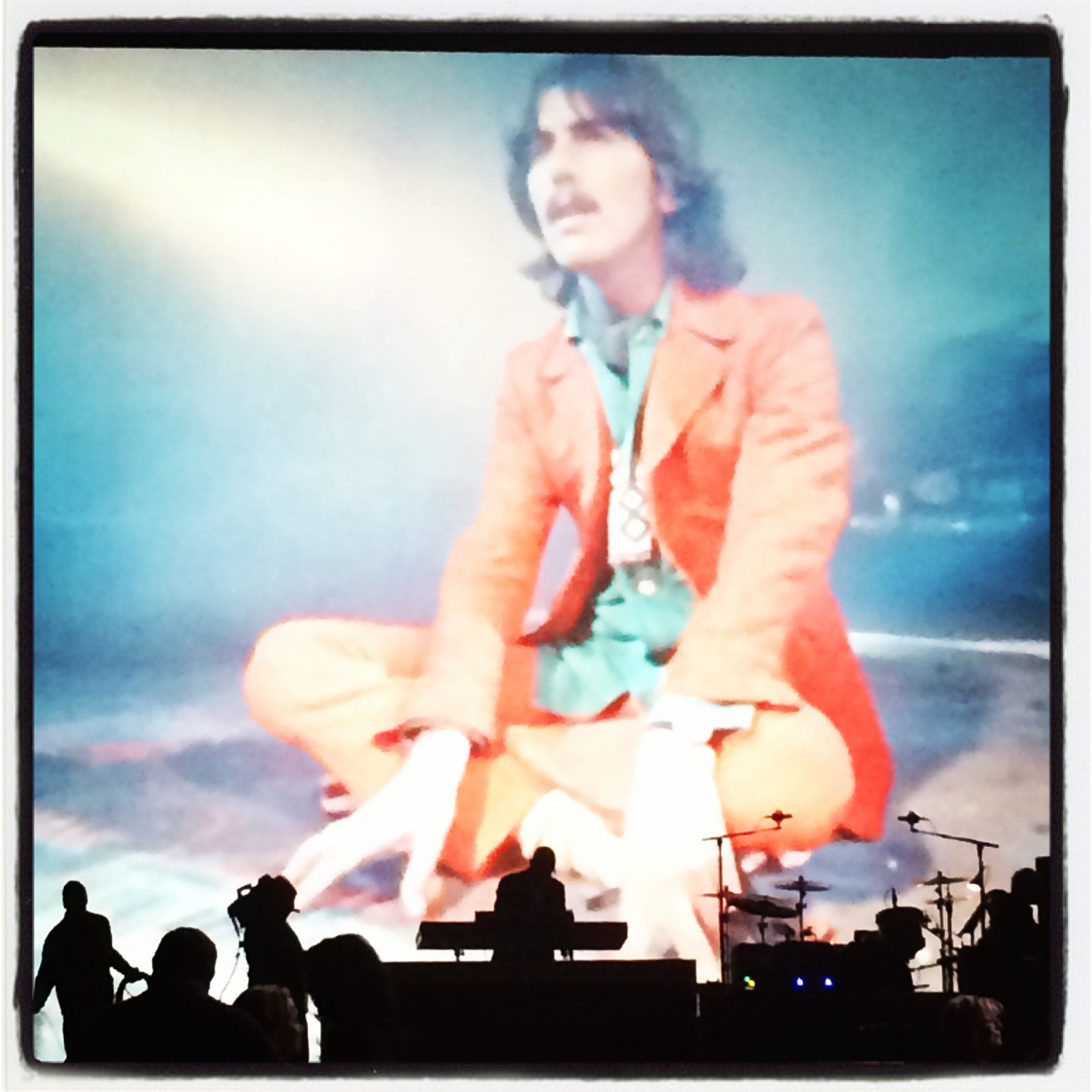 Have a FAB weekend and we’ll chat again…

PS. I have no affiliation nor receive any free stuff from Waterlogue